Prepare to unleash the absolute latest in modern weapons technology against the world's most powerful Generals in Command & Conquer Generals: Zero Hour. In the next era of military strategy and might, you'll need to command a more technologically advanced arsenal to defeat new, more powerful enemies.

You know how in the C&C Generals campaigns the mission creators got the enemy to build units and structures? well, Im gonna teach you how to do that today. Pictures Included to make it easy!

First off, start Worldbuilder.
If you have never used it before or even played the game, don't read any further.

For this, I extracted the map Alpine Assault and am making a SP mission with it, so I'm gonna teach you how to make the GLA build attacks, but the process is the same for the USA and China as well, just select diffrent sides and diffrent units.

IMPORTANT: Make sure your AI has the preresquites required to build the unit and has enough money, or it won't work.

Ill teach you how to extract maps, in another tutorial.
Alright. Lets get going.

First, open the map, and familarize yourself with it. 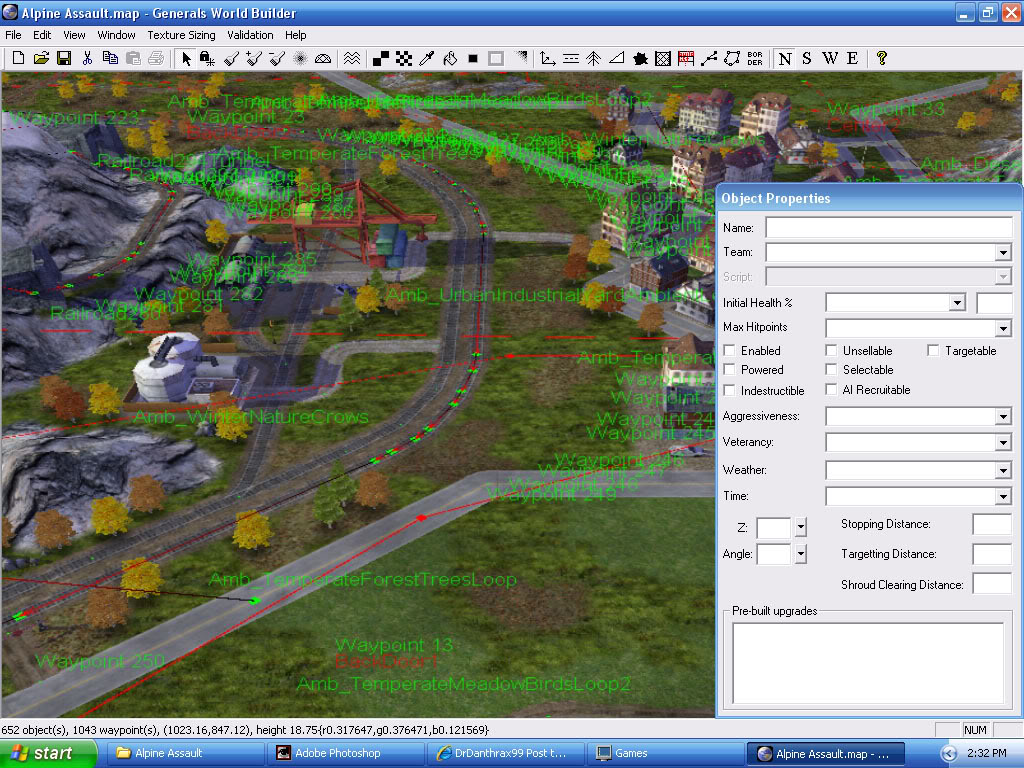 Make a script that allows the AI to build units.
it should be
"Allow to build units."
that's it for that.
This is for the GLA, but the same methods apply to all factions. 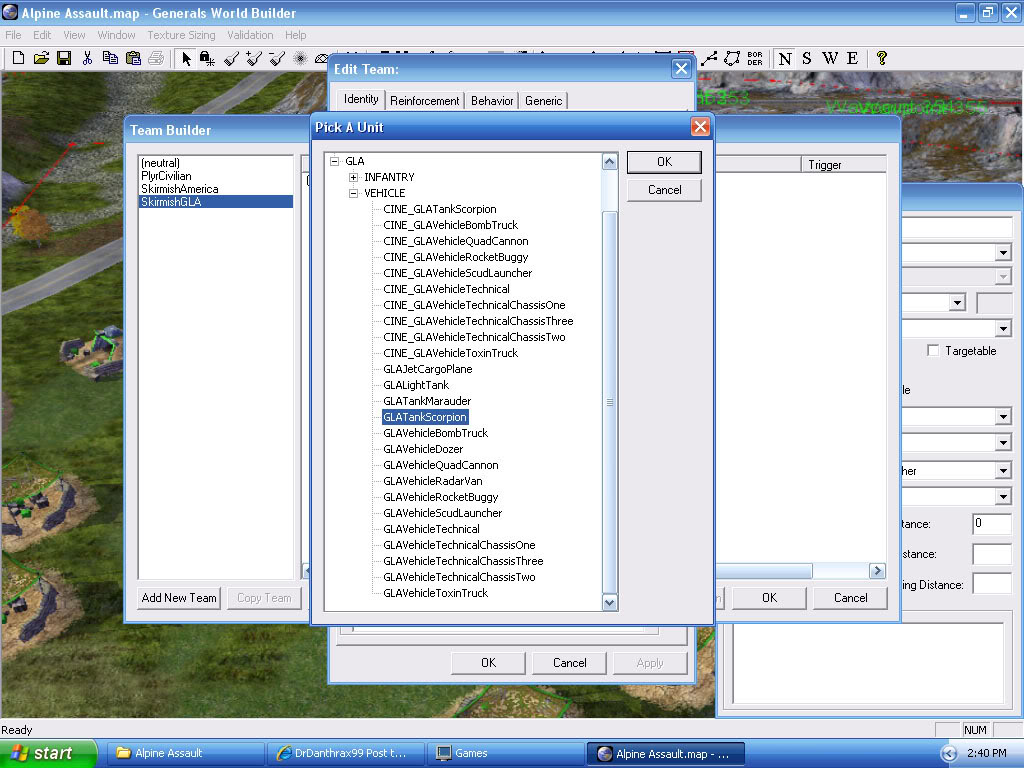 Now put "3" in the min and max fields.
Your done with the team for now.

Now go into "Scripts"
Click "New Script\"
Click off "Deactivate on Success"
and click on "Script is Subroutine."
this is the script that will make the team attack once it is made completly.
Leave the condition as it is.
Now, edit "Action if True"
edit the action to "Set team to attack another team"
and click on the links.
make them say:
"Team begin attack on TeamSkirmishAmerica"
Your done with the action.
Should look like this: 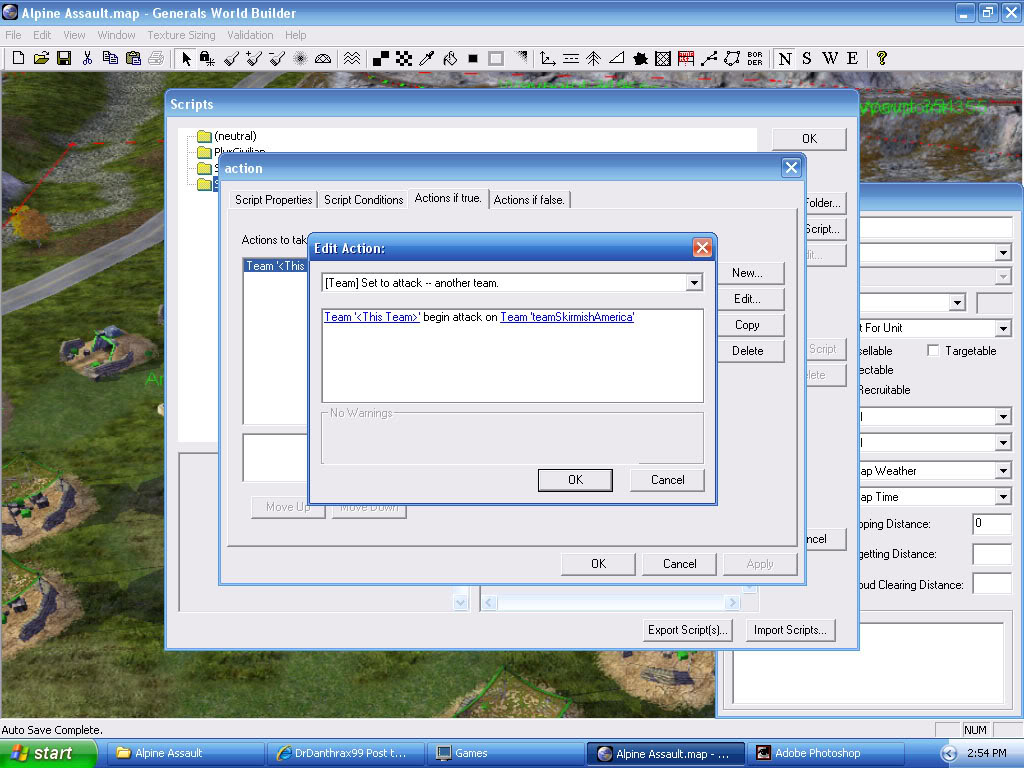 Now, you can leave the condition as it is or change to when you want it to build the team.
Now, in the action menu, click
"Build a team"
edit it to say "Build Team "
If you did it right it should look like this: 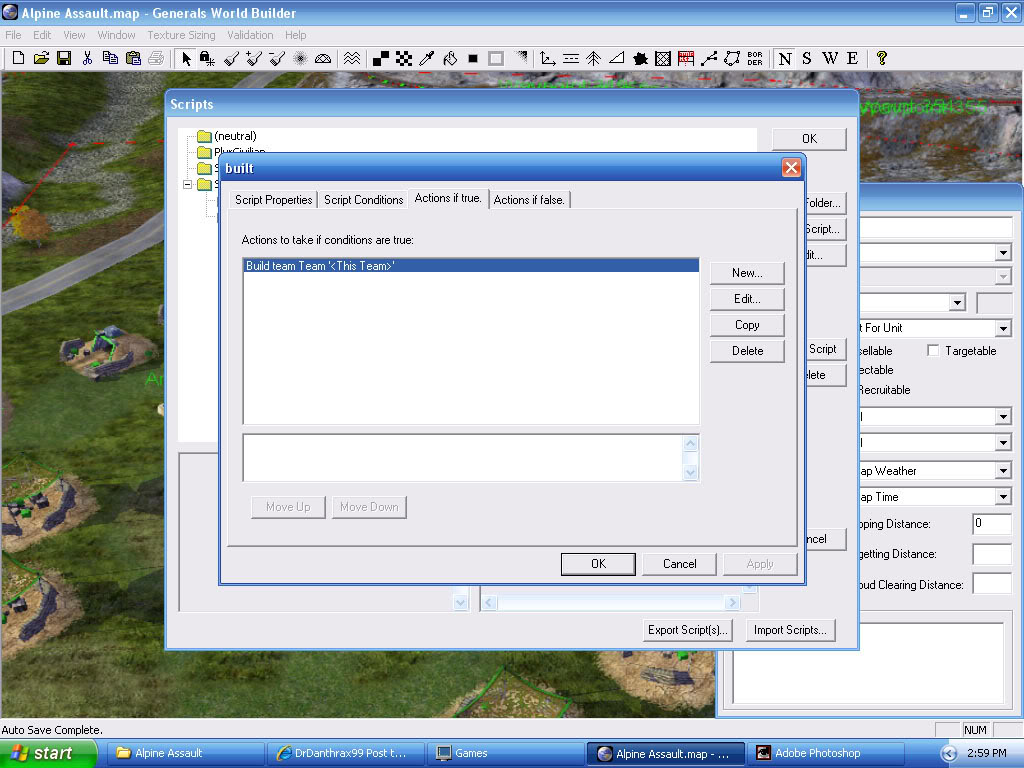 Now that's done, go back to the "Teams" menu and go back to the team you made earlier.
We named the script for building the team "Built" and action afte built, "action."
Now, click in the drop-down menu for Production Condtion, click the "Built" script.
If you did it right, it should look like this: 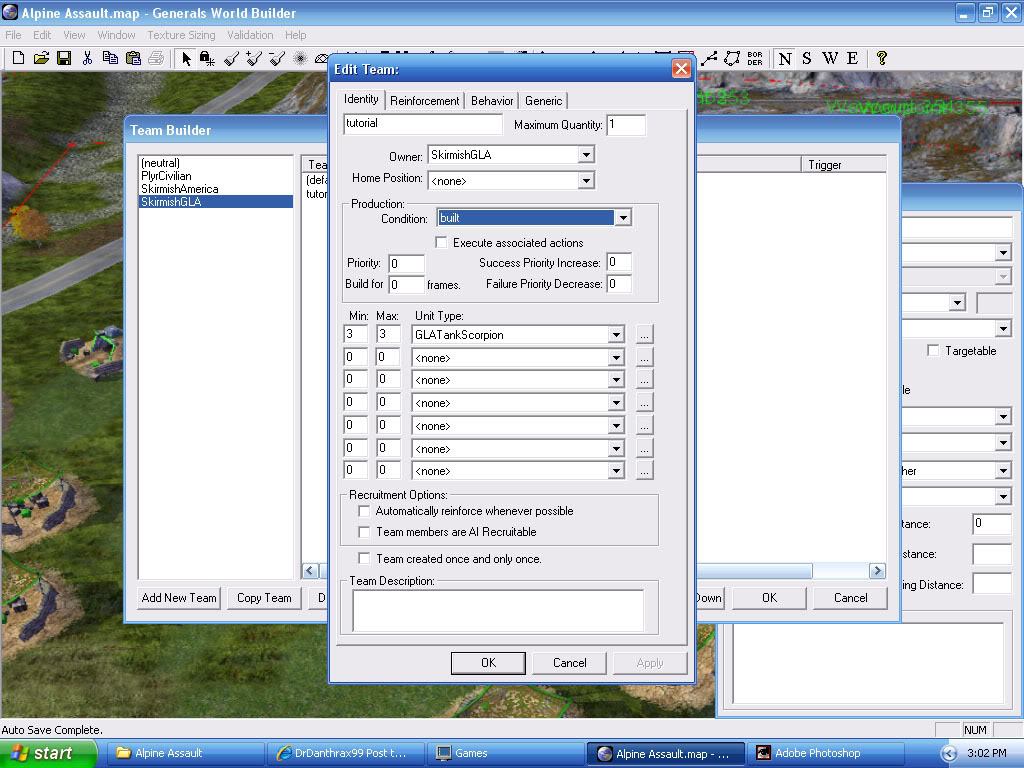 Now go to "Behavior" and on the "On Create" dropdown menu, click the "action" script.
You're done!
Your enemy should now build units in-game.
Save your map and play it to see if you did it right.

Well, that about does it for this tut, hoped it helped.

Nice one, I'm working with WB too, some things in this tut are very useful to me... I want to help you making tut's if you want to, just drop a PM with the deatils...

Good tutorial, maybe in college I will try one.

Awesome! Please keep up the great work and help out the ZH community :)

how did you get the official maps to the world buider?

a video of this would be best. i lose track of what you are saying. VIDEO PLEASE!

I was wondering how to accomplish this, thanks for the help

This is a good Tutorial, thanks!

There's is an easier way.

And that is what? downloding AI scripts? This is how to make it custom to yourself.

He means how to do MISSIONS! Stupid! You cannot make missions without scripts! It is impossible

Somthing else to take note of, guys and gals. Make sure you add a script that has "AI is able to build units" as one of the actions.

so everyone knows aidas2 tutorial is for MULTIPLAYER not single player missions as this one is.

where do you find the mod

Thanks, I need this A LOT.

Thanks for this tutorial, I got sick of trying to get the AI to DO something useful...

I think what you need to do, calvin1007, is to add a waypoint and choose the predefined name "Player_1_Start", etc.

Nice but do you think you can be alittle more specific next time? I mean i hardly understood what i was supposed to do. But after all it didnt work. I wonder if it's something else, or what ever it might be.

What's the category of "AI is able to build units"

It is quite simple: just watch Youtube.com
(it is not mine),do whatever it says about areas and player editing and then make an area which includes the whole map and name it "SkirmishWorld".

Oh, and do not make front1 and front2 waypoint paths

Hello ! this technique work with cnc Europe ? a mod abandonned without AI ... i will maybe test this ! thx

where do i have to put my map?

For Generals:
Command And Generals Generals Data (in Documents)

Just wanted to say that Thank you for making this, i used this tutorial for about 3 years ago when i was still a guest in Moddb, i owe you a lot Author!

You're welcome. :) Just checked back in on this thing,
wow, thanks for all the positive comments guys!

I did exactly what was said, but not true.
Please explain more accurate or a complete video show.