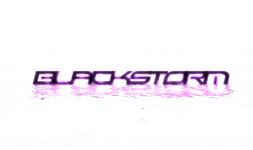 The world has been destroyed in a war,earth´s atmosphere was polluted.life was almost wiped out from earth´s surface.mankind advanced in space tecnology in the previous year...a group of survivors headed to the nearest spacecraft launch site... loaded resources in one of the ships...prepared the space robotics...Everything was ready to begin the search for a new home...

A preview of the game is available at Voltinumstudios0.wix.com

For information email Blackstorminfo@ig.com.br
BlackStorm is under heavy development,expect almost everything to change

A preview has been realeased its availabe at the game´s official site
Updates:

Note:
some of the features above arent included in the preview

In the preview there is currently no objectives,planets,not all weapons and researchs included just a preview to what the game will be.For information or bugs,errors please contact the email in the game summary

The demo will be out very soon, next week or earlier! Updates, Fixes bugs & more! Planets Added, Added planet orbits.

Blackstorm news,updates,a demo will be out very soon,expect a demo in the next month or earlier.

looking forward to the demo! You might want to cut down the neon colours, cause its kind of distracting to the eyes