APG is an FPS focusing on simplicity of function and complexity of interaction. APG has a fair Free-To-Play model that gives all accounts the same gameplay options.

We are making this game because we want to improve the FPS genre and we want your help.

The areas that APG is focused on include:

1. Multitude of ways to play
We empower you to control your own objectives through the challenge system. Create more unique game play through tons of asymmetrical accessories, weapons, and weapon mods. Highly customizable loadout options.

2. Strategic Decision Making
We employ lots of risk-reward mechanics such as capturing: gain an enemies bounty and destroy their market access and weapons. Take on someones challenge; first to the objective wins. Spend credits on getting the best of items and placing bounties on enemies, or save in case you need to refill and heal.

3. Development with Player Engagement
Most of our player engagement mechanics are still in development. However, we currently have an external voting system to allow players to influence development choices.

At the end of the day, we're trying to make a really fun FPS that pushes the boundaries. We hope you join us and help improve this genre together.

The Setting
The United Worlds Confederacy have a constant demand for military might. Massive corporations compete in war games to win the Confederacy supply contracts. Through generations of competition, two corporations stand out above the rest.

Komodotech Industries strives to keep the usefulness of humans on the battlefield through extreme cybernetic enhancements.

Prometheus Technologies, pioneer of robotics and largest lobbyist for machine rights, proves their patriotism by designing the next wave of progeny to fight in the war.

We now have weekly alpha playtest where everyone can hang out with us in Mumble and play the game. This starts this Sunday at 3:00 PM EST and will happen every week at this time.

You can download the game from: Arcturusprovinggrounds.com. If the setup.exe fails to download properly (an integrity check failure) please try to re-download from my computer via Dl.dropboxusercontent.com We hope to have the game also downloadable via Desura in the upcoming few weeks.

For this upcoming playtest we made a new video going over some of our core mechanics:

Here's a quick look at the new Factory Layout: 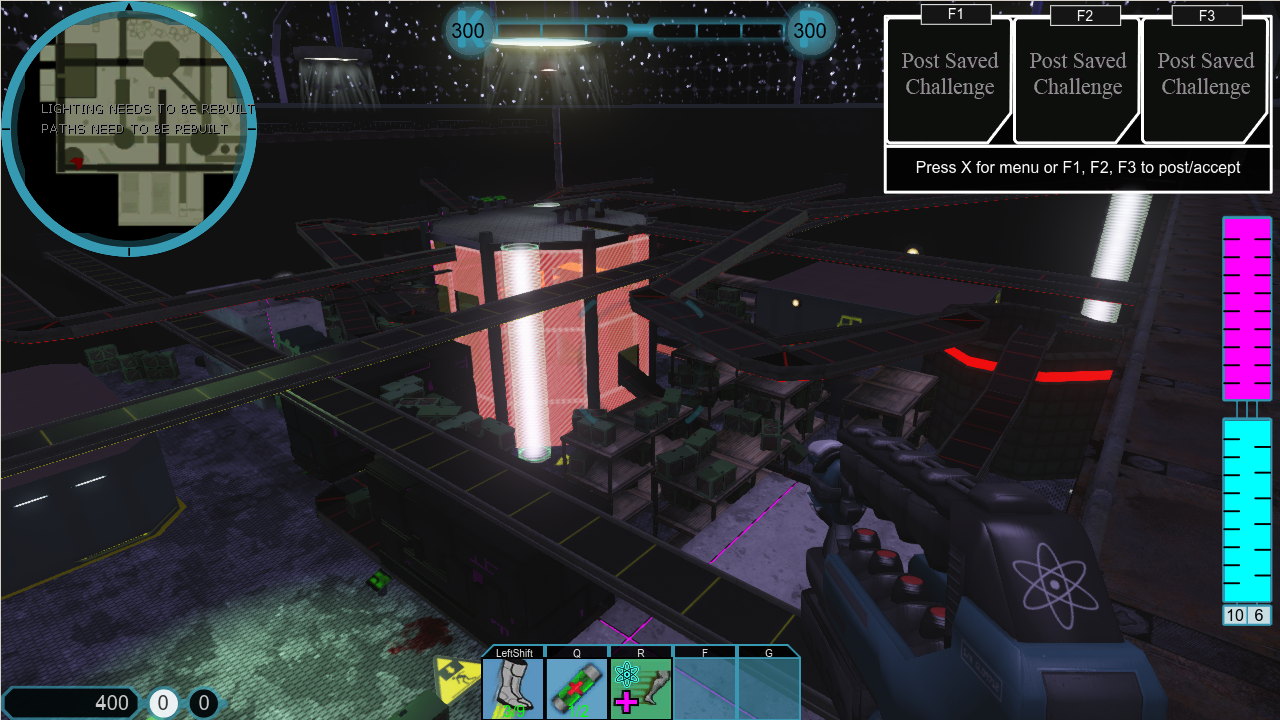 Thanks for all the support and look forward to playing with you!

APG is getting ready for alpha release via their website and Desura; we have lots of updates to go over and could use your help with our last Monthly...

Join us today, January 30th, for an open playtest with the devs at 8:00 PM EST. If you’re interested please email or message us. We have limited space...