Frag like it’s 1996 – this time with even more asses to kick! Join the world’s greatest action hero in Duke Nukem 3D: 20th Anniversary World Tour as he saves Earth once again, kicking alien ass and saving babes across the globe along the way. Blast your way through hordes of ugly aliens in four classic Duke Nukem 3D episodes plus an additional ALL NEW FIFTH EPISODE from the game’s ORIGINAL EPISODE DESIGNERS with NEW MUSIC from the game’s ORIGINAL COMPOSER and NEW Duke Talk from the ORIGINAL VOICE of Duke Nukem.

Before we can start, make sure you have downloaded the lastest version of the game HERE. 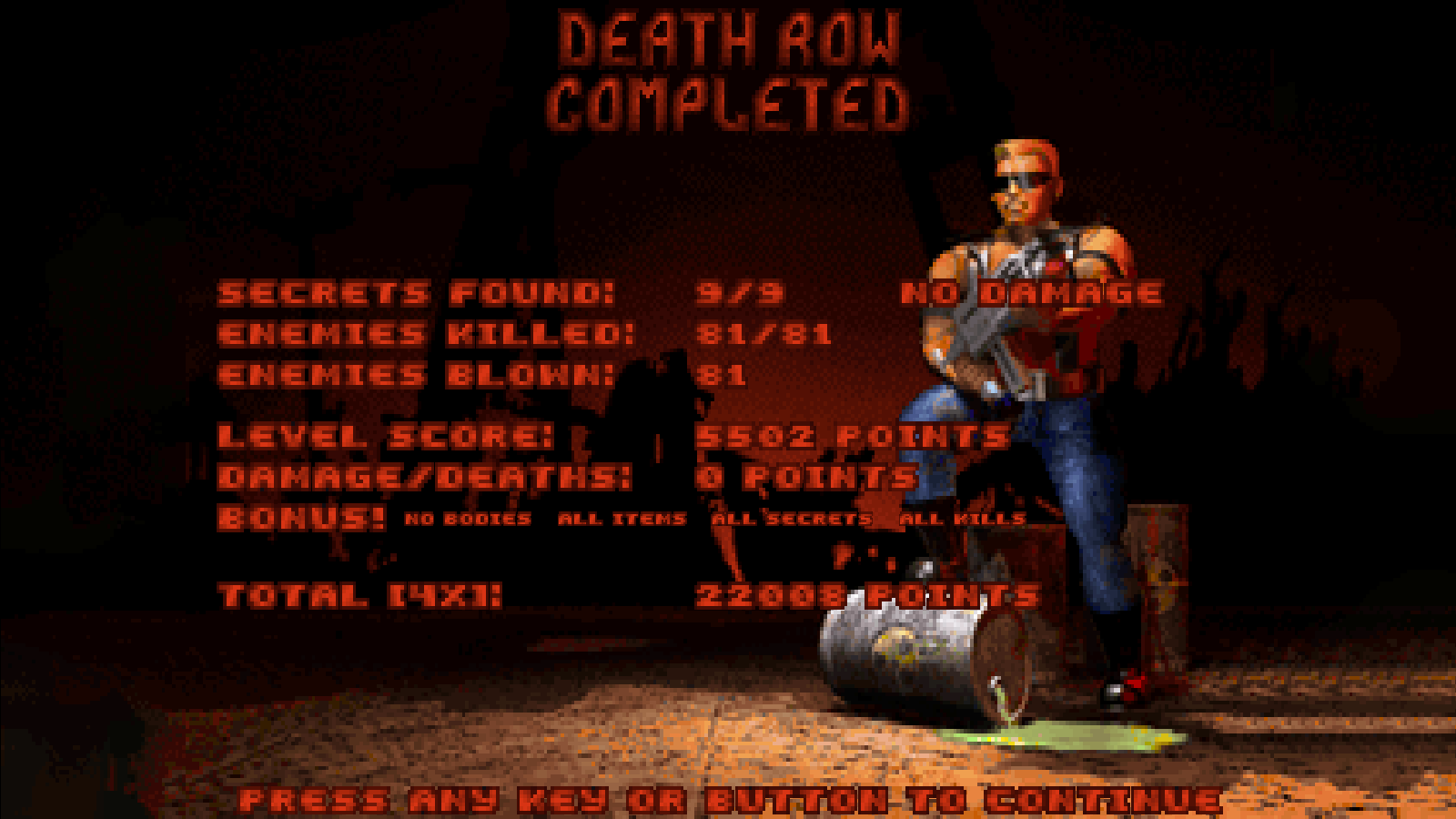 You've played the mod, but have doubts on how the score system works and why should you care about bonus and stuff? Well then, it's time to explain it (we will be using the 1.2 version as an example).

How the score system works?

The ways to score in the game are by killing, destroying, exploding, getting items, finding secrets and finishing the level (of course). Here's the list of points you get: 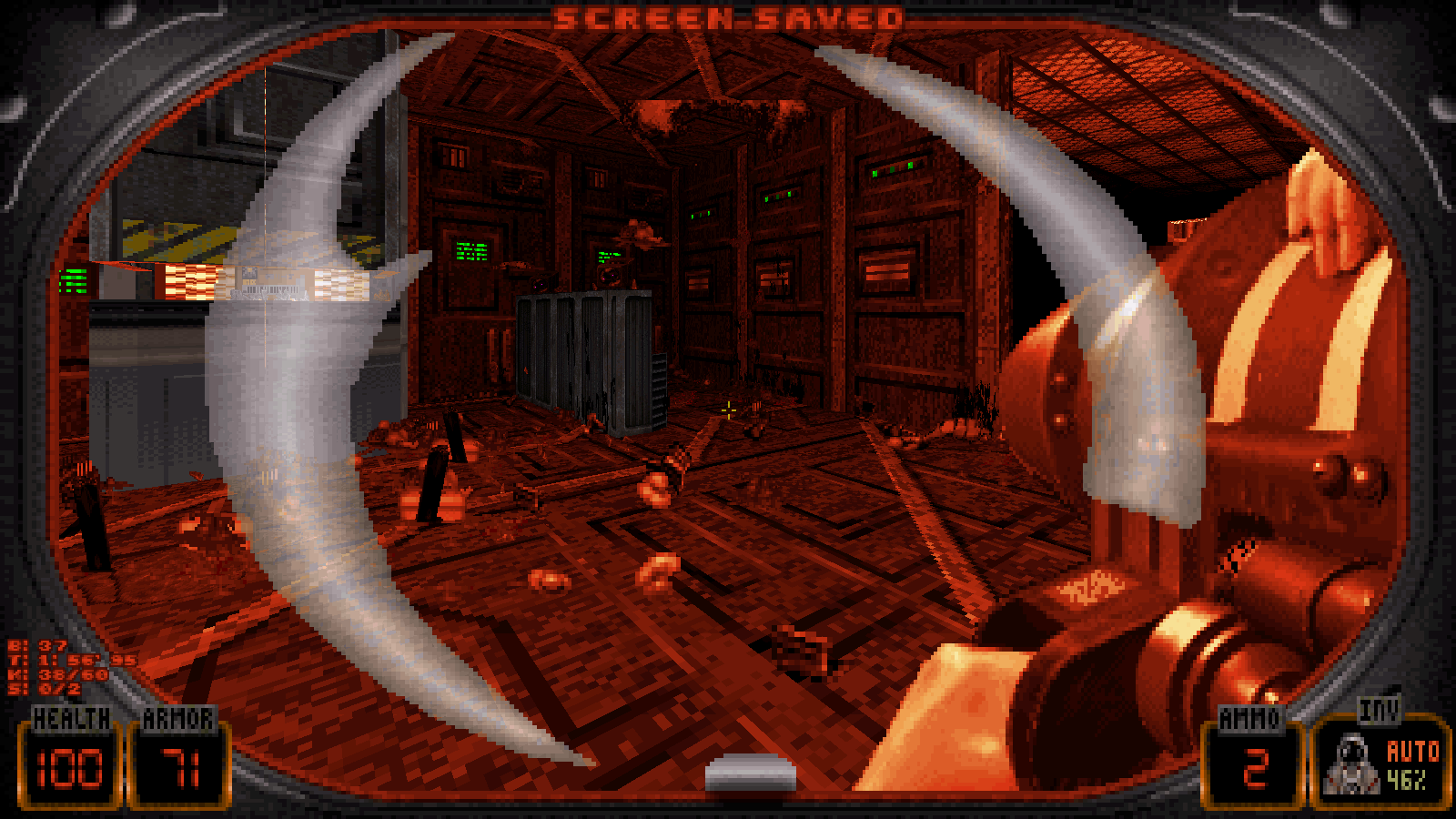 Now you see it matters not only how you kill an enemy but what weapon do you use it, not only that, finding secrets can get you several extra points as well as leaving no bodies behind. Other additional way to get extra points is for getting multiple kills at once (multiplies the number of kills by 4 -> you kill 5 aliens at once, you get 4x5 = 20 KILL POINTS).

Okay, cool, now, let's check it out the bonus ou can get:

See? It's VERY important to get the bonuses, they WILL make the difference in the gameplay.

What about losing points? 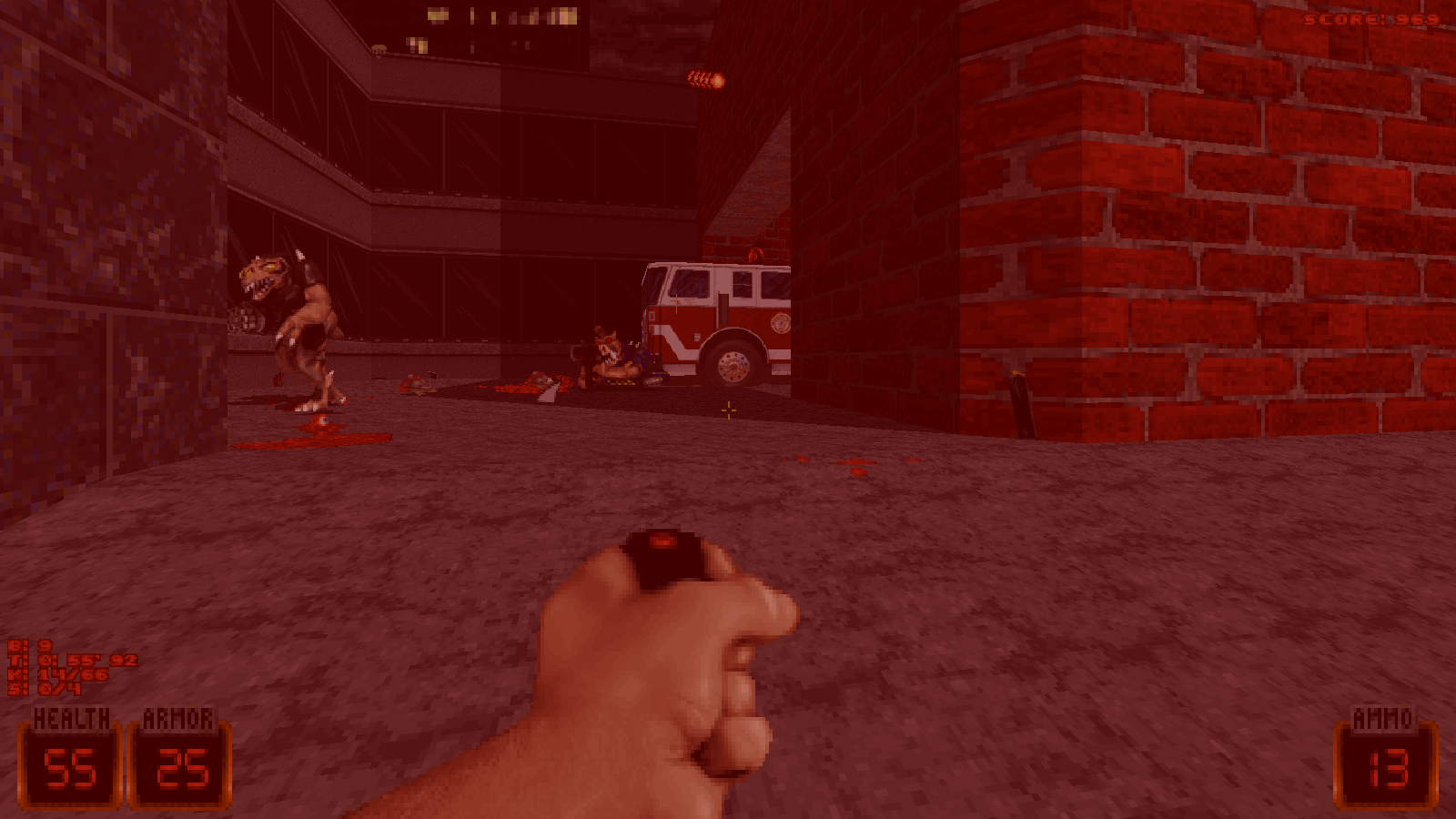 By now, you've seen that it's easy to get points, but losing them, is easier. You lose points by not only getting yourself killed, but for taking damage as well. Check it out:

The game punishes you for killing babes not only by spawning Aliens, but by making you lose points as well.

Now that you know how the score system works, time to get your butt back to the game and make the highest score ever. Show us how many points did you get in game!

Hail to the King, Baby!

The latest version of the mod. Check the readme file for full information.

This is the CD-rom that came with the August 1996 issue of PC Zone from Dennis Publishing, Included in this Disk is demos of Witchaven 2, Quake (First...

This is a CD-rom from the September 1996 issue of the UK Magazine EXE, Included in this large CD are demos of Quake, Duke Nukem 3D, MDK and other games...

New audio files, and added GRP file for EDuke32, as well as VOC files for those not wanting to use the GRP over rite.