Greece: ancient land of beauty, reason, passion ... and war. A peninsula of feuding city-states populated by noble warriors and wise philosophers, Greece stands ready to resist any invaders who underestimate their power. Help guide the Greeks to their rightful place as the strongest of ancient empires. 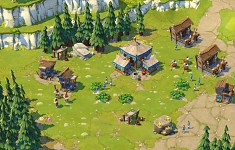 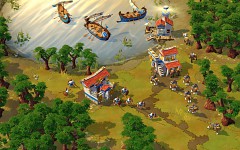 You can sign up for the beta version here:
Ageofempiresonline.com 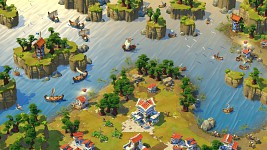 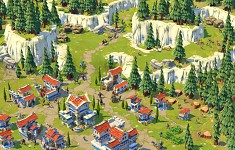 From what can be seen from Features section, the game will be based around the Greek civilisation and the concept of polis (city-states), also featuring skirmishes.

Trainer for the AOE online game. For the SELESTE server.

is the right forum Reddit.com ?

I really miss this game, and I've been looking for possible legacy servers being active (I doubt I'll ever find any).

Good Riddance, game was a mistake. It died with GFWL in July 2014.

Whilst I admit it's a good fun game, looks nice, and in the future could be even better, I don't think it's as good as AoE II or AoM. Age of Mythology is my most played game of all time, but I just don't feel like playing this as much.

Graphics are perfectly fine for this game, better than previous titles with exception to AoE3, they support a wide array of systems, this is so the game is able to run on even some pretty old systems(support more system = more potential players and profits).

There is no disc for this game, no such thing, it's entirely digital distibution, the only item you'd find in a store purchased copy is a key to redeem the content you have purchased, eg. a civ.

The game is currently at 6 civs, 3 provide a free-to-play option, these are referred to as premium civs(with a free option), the other three are pro civs and can only be played if they are purchased(they also start at level 20, where as premium civs start at level 1 - though you can skip the tutorial part and start at 3).

I've played since beta myself(so quite some time now) and whilst the game isn't perfect it's making huge progress(there has been some radical changes to the game's direction since launch).

If any of you liked previous titles and are true AoE fans, you wouldn't judge the game on the graphics alone. I know i disliked them at first myself(back in beta), but it's something that has grown on me a great deal, once you start to enjoy the actual gameplay, the graphics take a backseat to everything and if you're like me, you may actually come to like them(as i have).

AoE 1 looked awful(be honest with yourself), but that was awesome game for it's day.

Some of the most successful games to date have had awesome gameplay but below average or even in some cases *bad* graphics. If you play games purely to been impressed by fancy graphics, i'd suggest watching movies instead if all you're after is special effects and that *wow!* factor. Great games do not need great graphics.