Ladies and Germs these are your top 5 upcoming Indie games for 2012.

From the 1st of December to the 21st we asked quite a bit of our community, we asked that you decide what indie games you thought were are the top dogs for 2012. We tallied up the votes for best upcoming indie games and arranged them into a top 5.

Ladies and Germs these are your top 5 upcoming Indies for 2012.

To qualify for the top 5, the game must place higher than it has in previous years and must have had a significant update in 2012. Otherwise an honorable mention is given, which these teams have received: 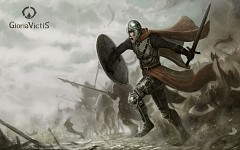 Gloria Victis
The world of Middle Ages, in which magic is not a common tool but rather serves as elite force – its concept is based on the real world rites and beliefs of those times. Dedicated no-target system featuring virtual replicas of weapons in close combat, projectile and mounted fighting.
4 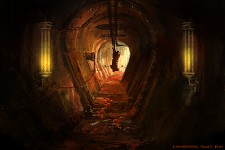 Amnesia: A Machine For Pigs
The year is 1899. Wealthy industrialist Oswald Mandus has returned home from a disastrous expedition to Mexico, which has ended in tragedy. Wracked by fever, haunted by dreams of a dark machine, he recovers consciousness in his own bed, with no idea of how much time has passed since his last memory. As he struggles to his feet, somewhere beneath him, an engine splutters, coughs, roars into life.
3 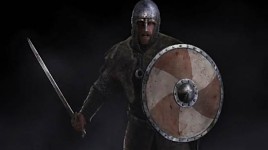 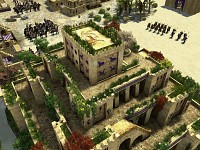 0 A.D.
is a free, open-source, cross-platform real-time strategy game of ancient warfare. It's a historically-based war/economy game that allows players to relive or rewrite the history of six ancient Western civilizations, from Iberia to Persia, each depicted at their peak of economic growth and military prowess. 0 A.D. will give players a rich and entertaining real-time gaming experience.
1 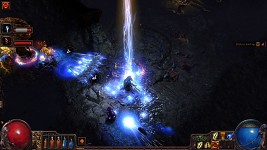 Path of Exile
Exiled. Abandoned to fate in some God-forsaken land. The path you walk is a razors edge, where death awaits your first misstep. Enemies claw at you, gnashing their teeth or calling forth dark, demonic magics; at least one thing is certain: you will not go quietly, you will not die alone. Path of Exile combines bone-shattering, monster-slaying action with in-depth character customization.

And Overgrowth Links to some other Mod.

Congrats to the top 5. Looks like we have a new trend! Looking forward to seeing these released.

Three cheers for Path of Exile :)

Congratulations to All! Path of Exile worth 1st place.

That experience map is mind-blowingly complex.

You know what I meant.

Very worthy TOP 5. Congrats to everyone involved in one of the games!

great work and congrats to all! im glad 0ad made it its an awesome game and concept :)

Thoroughly well-deserved acknowledgement for all these games.

We are overfilled with joy that we have earned ourselves the fifth place!
Thank you!

I don't understand how Mount & Blade gets the third place , they have not even a proof of concept, and that among 4 other games being very far in development ?

Ask the thousands of fans, I am sure they will tell you why they are excited for the game.

Vaporware tends to be strong in gathering followers but that doesn't mean it actually gets anywhere. Now I'm not accusing that project of being vaporware just saying that gathering lots of vote-lemmings doesn't equal automatically to a to-be-released or good game.

I see, odd tho. Congrats to the winners anyways! :P

Glad to see 0 A.D. as an open-source community project in the Top 5. Congratulations to all the winners!

Well deserved win for Path of Exile, the game is already a masterpiece.

Your game is great, I think you guys deserved the first prize

Moddb and Indie should make longer videos for this series. I really would like to see professional videos like this but explaining why each game deserves to be on Top 5 :) instead of the complete silence waiting for the next video to show. Is the voice actor that expensive?

So you think 10 videos is not enough and you want them to be more detailed? I'm only one person...

Anyways, glad to see free games on the top list.

@Henley/Indiedb staff, you should release a list of all the Top 100 and their final place in the rankings, so that there is more than just the top 5. I know that I want to know where I stood in the final tally (my game was in the Top 100).

I +1 this, because even though its good to give only the top 5/ top 10, it would be very helpful for the games that have just fallen short list to be mentioned. People then will be able to see where all of the games stand in relation to each other for the year and.

Basically I think it would help the less popular games get kudos for all the effort they put in over the past year, Even if they are ranks 90th place or something like that. Something to motivate people for next year.

Would love to see where we placed but can imagine it would be a huge undertaking and not every game has media prepared or could possibly complain of media that was available. Coordinating something like that would be very time consuming and though while I'd like people to see where we placed as did other games I can imagine that time being better spent on the future of IndieDB/ModDB/SlideDB. Course that's just my point of view.

Yea, I am just talking about a simple list. No media, promotion, etc needed, just a list.

O.A.D should have been number 1:C

The guy speaking needs to have more emotion in here voice. This is the most boring and emotionless top 5 or top anything I have ever listened too...

A Machine for Pigs should have been number 1. still good to see it

Path of Exile is permadeath only if you want....

First of all congratulations to Path of Exile I think it was obvious that this will be the winner :) second I want to say that although PoE described as indie game for me it kick's Diablo 3's butt for fun a game made from Blizzard a multibillion dollar company & that say a lot for how low Blizzard fall, THE END.

Bannerlord for the win.

2012 Indie of the Year Awards Event