TNM takes a look at all the things that went right in their 7 year development timeline.

1. Designing for the niche

It took us far longer than it should have, but we eventually figured out how Deus Ex worked, what made it great, and what we had to do to maintain its core gameplay. We made the decision early on to stay loyal to the original game; Deus Ex was very well designed and had a clear high-level vision. Understanding the design principles behind the original game allowed us to support and polish the existing gameplay as well as create a new setting and plot reflecting, but not imitating, Deus Ex's.

Judging from how TNM has been received, this was definitely the right choice. When developing a mod (or, one would imagine, an expansion pack or a piece of downloadable content or similar), it's a safe bet that the people who will be interested in your product are the hard core fans, so it's not a bad idea to design your game for them. With this in mind, TNM had more freedom than Deus Ex and significantly more replay-ability. It also had a greater emphasis on role-playing, more long-term choice and consequence, and was a lot more difficult. None of these features help when it comes to accessibility, but to people who already knew Deus Ex's gameplay well, our design seems to have hit the sweet spot.

Furthermore, most of our design choices were aimed at tipping the balance of the gameplay elements further towards role-playing and adventure dynamics: Talking to NPCs who react to your play style, making long-lasting choices, exploring large and detailed environments, tackling problems with thorough use of your character's skills and abilities, etc. In other words, exactly what many role-playing fans seem to feel is missing from more commercially viable RPGs. It was obvious that people wanted more Deus Ex and I believe we succeeded in delivering that, while adding our own stamp of uniqueness to the experience.

2. Turning a joke into a setting

One of our main concerns was how the scope and the aim of the project had gradually changed over the first couple of years. The Nameless Mod had started out as a small-time project aimed at a very limited audience, but after a year of development, we realized that we'd spent so much time and energy on the game already, we had to appeal to a greater audience even though no money was involved. We felt that the more work went into this game, the more people needed to play it in order for our hard work to be justified.

Unfortunately, the game we were working on had a distinctly limited appeal: it was self-insertion fan fiction full of in-jokes with a plot held together almost entirely by obscure gags and references to personal interpretations of events of no interest to anybody outside our small community. It was a mess and it had to change. The primary way we did this was to bring people on board who had little to no attachment to our community and get their feedback. The fundamental causalities and motivations of the plot were rewritten, continually fleshed out and supported by explanations and player training. The fiction was tied together to make it more self-contained, the dialogue was repeatedly rewritten and edited to have fewer references and more character. I did my absolute best to imbue the game with as much cultural relevance as possible, hoping people outside the development team would find it meaningful.

We started alpha testing relatively early, before the game was even half way playable, bringing in testers who had no knowledge of the Deus Ex community to get their general opinions and impressions about the game. This helped us improve the game in many ways. The feedback we picked up immediately eased our worries: the game generally felt consistent, internally logical, and engaging. Nevertheless, we kept polishing the game as testing progressed and more people joined our QA team, realizing that the unpromising concept of The Nameless Mod would be a hard sell. Judging from what chatter we've been picking up post-release, the general consensus seems to be that everybody hates the concept of the game until they actually play it. That may be the greatest compliment we could get — we seem to have pulled off what most people considered impossible. 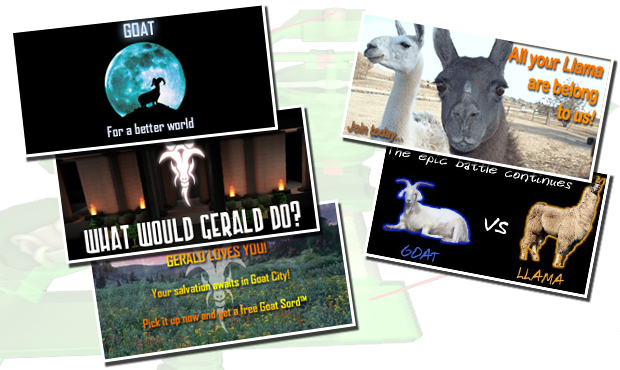 Deus Ex was a complicated game with many different genre elements and overlapping gameplay systems creating joyously unpredictable results in the hands of its players. Lead Designer Harvey Smith famously used the phenomenon of grenade climbing (utilizing the fact that wall-mounted grenades have collision cylinders to scale a wall by jumping from grenade to grenade) to illustrate the dangers of emergent gameplay. We've always considered the benefits of emergent gameplay to be well worth this "undesirable emergence". One of our main goals was to add even more complexity to the game, both on the narrative level and the mechanical level.

In terms of gameplay however, we had an easy time compared to Ion Storm. Rather than having to invent an intricate web of game systems ourselves, we had the luxury of simply expanding on and tweaking a tried and tested set of mechanics. We chose to keep almost every object from Deus Ex (be it items, augmentations, or skills) and just add our own creations to this already sizeable collection. When we did change objects from the original game, it was to add further features to skills or augmentations that were widely considered to be more useful than their alternatives. We also had a lot of fun adding further layers of interaction to the game world, identifying such incidental interactivity (flush-able toilets, readable emails, playable pool tables) as one of the great strengths of Deus Ex.

The real complexity came from our extremely ambitious plot design. I'll be the first to admit our ambitions in this area passed far beyond the boundaries of reason. One of the major points of criticism of Deus Ex was that you were apparently offered a choice of whether to leave an organization, only for that choice to be made for you. I wouldn't call this a reasonable criticism, considering how much extra work such an option would've called for and how poorly it would've worked with the overall concept of the game, but we still decided to give the people what they wanted: two parallel, mutually exclusive storylines.

The key to basically creating two games in one turned out to be — perhaps unsurprisingly — reuse of assets. Early experience taught us that levels were the most expensive type of content so we had to minimise the amount of unique maps per storyline. The cheapest resources turned out to be dialogue and gameplay scripting. Thus, we let most of our missions take place in maps that served other purposes as well; for example, having one faction task you with breaking into the headquarters of the other faction and vice versa. By switching out all the plot-relevant dialogue depending on the storyline but keeping the same maps, weapons, and characters (as either enemies or allies depending on the player's choices), we were able to create drastically different plot lines without too much unnecessary work.

That said, designing levels to be your home base in one case or a hostile mission area in another case, while writing and scripting characters to be either allies or enemies complicated the game logic more than was perhaps necessary. This put incredibly high demands on quality assurance - but I'll save that for the 'What Went Wrong' section.

We actually finished the game after 7 years of work. Though many were itching to count us among the many over-ambitious total conversions that would never release anything before the developers eventually gave up and called it quits, we never stopped working on the mod. We had periods of low activity, but at any given time somebody was always making progress towards finishing The Nameless Mod.

The fact that we released was largely down to three factors, chief of which was sheer determination to see this through. Though TNM started out as a pure hobby project, a couple of us realized along the way that game development was something we wanted, nay needed, to do for a living and we'd be damned if TNM wasn't going to be the greatest portfolio piece in the history of game design. There was also a pervasive sense that we'd come too far to give up on the game now. One does not simply sacrifice 4-6 years of free time on a project only to walk away from it when the end was in sight.

Even with this hell-bent determination to see things through to the end, we would never have finished anything if we hadn't started to reign in our own creativity. Feature creep was the engine that kept us running up to a certain point, but then it started to become a real problem. We weren't making nearly enough progress towards actually finishing the game, instead spending our time on whatever new features happened across our minds. Somewhere around 2006, we started making lists of what we had left to do and plans of how to finish it all. In other words, we became more responsible, more organized, and more professional. Eventually we entered feature lockdown, then complete content lockdown, and then we were done. Turns out the way to get things done is with good management.

After 7 years of development, most of us were really eager to put TNM behind us and start up a new, independent project — something we might actually be able to make money from eventually. Unfortunately that would have to wait. By the time we released Deus Ex was a very old game. In our infinite ambition, we'd been messing with the native code and adding a couple of our own features to it, such as an OGG music player. In short, it crashed a lot. Furthermore, it turned out that thousands of players are better at finding bugs than 20 volunteer testers (who would have thought?).

We started fixing bugs the day The Nameless Mod was released. When we built the release version, we were almost certain there were no significant bugs left, but hundreds of people signed up to our forums to tell us otherwise. The first patch was released after one very long, very hard week of the worst crunch I've ever experienced and fixed around 140 bugs. The second patch was released a month later with over 200 fixes. Though this sounds like a lot, it's actually fairly good considering the scope and complexity of the game, and the fact that we had very few really dedicated testers with no systematic testing procedures in place.

Most importantly though, we got them fixed very soon after release with the help of our community and we're not done with the game quite yet. We're also cooperating with a few other well known Deus Ex mods to help make sure their work is compatible with TNM. Finally, we've been providing thorough support to people with installation problems or other technical issues, going so far as to monitor TNM discussions on other forums to intervene with help when it's needed. All of this combined with some very open and honest communication throughout has earned us a lot of goodwill with the community. Goodwill that might have been otherwise lost to a reputation for releasing a bug-ridden mess of a game.

In addition, here's Lawrence's take on the development of TNM (provided by Noesis Interactive):

looking froward to the "what went wrong bit" especially the QA stuff, could be really good reading given my occupation :D.