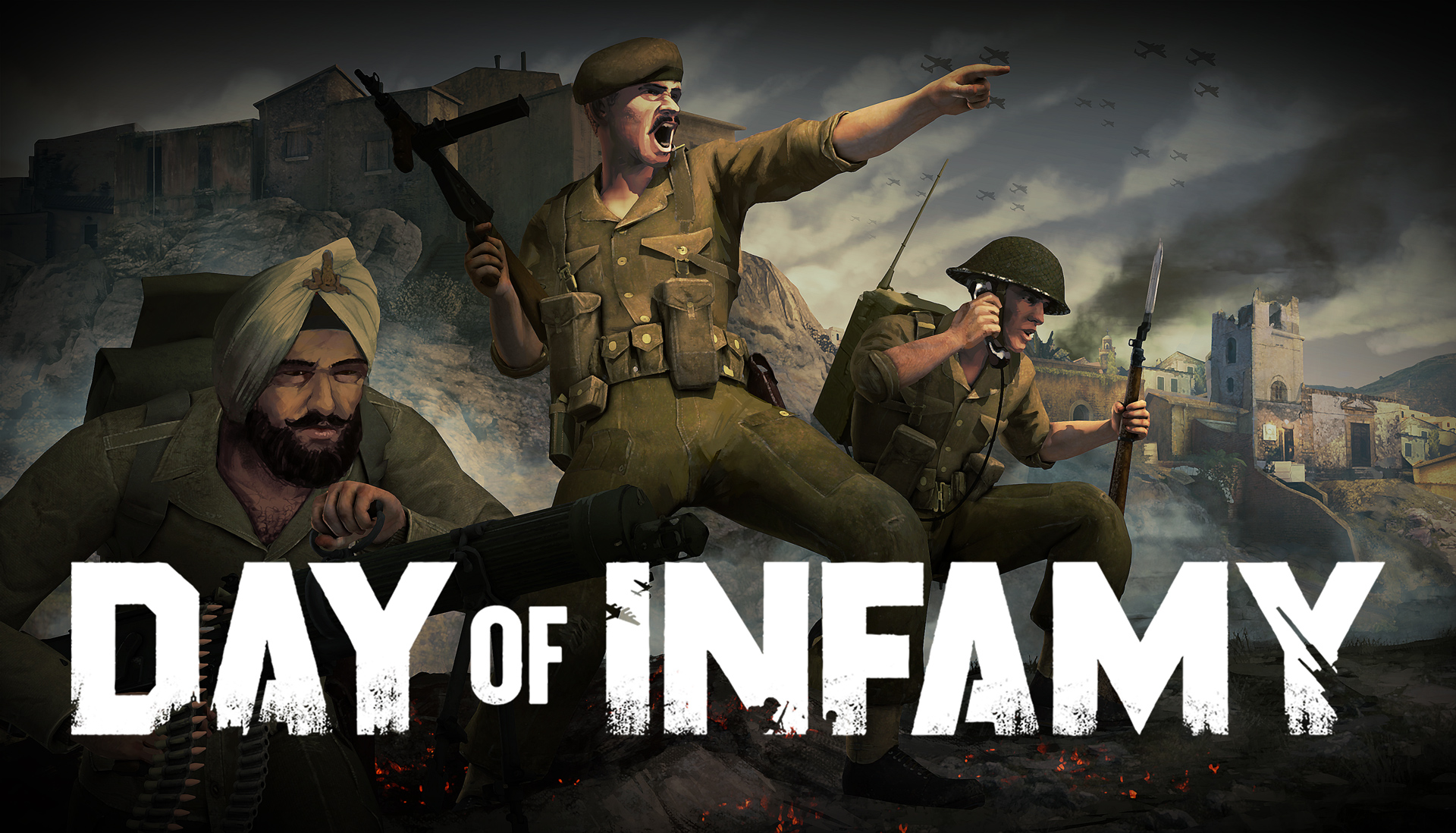 The Second World War long fuelled first-person shooters in the years before Call of Duty 4: Modern Warfare. Now, the present-day and the future is all the rage, and World War II as a videogame setting is no longer cliché, but looked upon with a strange kind of nostalgia. We’re at the point where a new World War II shooter would be a welcome change – but at the same time, it would need to do something differently to the countless titles that came before it.

That’s the challenge Day of Infamy is tackling, and one that Andrew Spearin - creative director of its development studio, New World Interactive – is cognizant of. 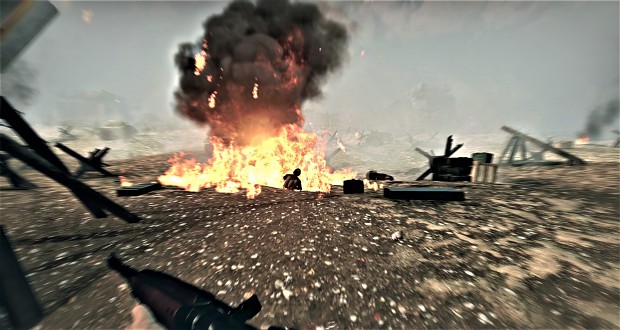 “It seems many of the WWII games, especially the larger titles like Call of Duty or Brothers in Arms: Road to Hill 30, emulate many of the tropes established by the recent Spielberg productions,” Spearin explains. “It’s great to attempt to replicate the action from those films into game design, because there is a strong demand for it from players, however there is so much primary or secondary source material out there to draw from. The same material Spielberg researched to raise Saving Private Ryan and Band of Brothers into the masterpieces they are.

"The Omaha beach landings in Saving Private Ryan have been done over and over by games. I don’t want to take shortcuts by building off the backs of another project’s hard work and research. I want to go through that creative discovery process that in the end will produce a distinctive work of art.” 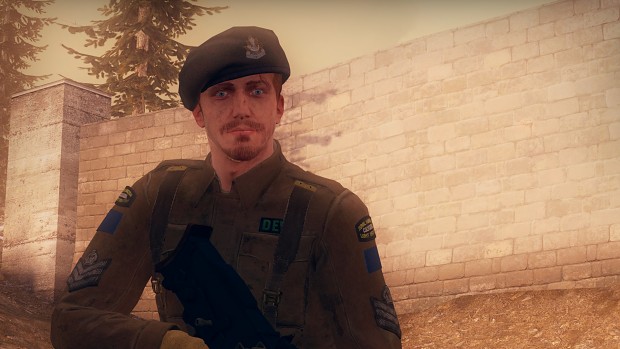 With this in mind, Day of Infamy is drawing its inspiration from more classic, or lesser-known today, works of World War II film and media. Spearin cites films and television series produced from the 1950s through to the 1970s, some of which were produced by or starred actual war veterans. A couple of these examples include the “Combat!” TV series; “To Hell And Back” in which Audie Murphy, “the most decorated U.S. soldier of the war” portrays himself; and the film A Bridge Too Far – which Spearin cites as his favourite war film.

“It had many military consultants who led the actual operation and it is based upon two main sources - the book of the same name by Cornelius Ryan and a little known film called Theirs is the Glory. The latter was filmed in 1946 on location in the ruins of Arnhem, with most of the actors being veteran paratroopers who fought there two years prior. It mixed war footage with acting, and is quite profound in shaping the post-war perception of a major failure.” 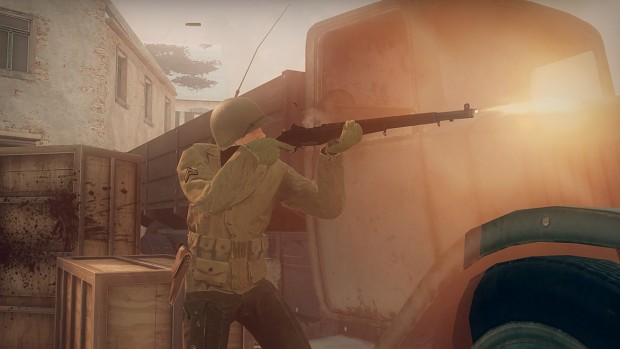 With these thematic inspirations to draw from, Day of Infamy doesn’t want its gameplay to go the Call of Duty route. Rather, it’s inspired by Insurgency’s own lineage – that being the original Day of Defeat mod. “We want to distinguish ourselves through the intensity of gameplay that Insurgency is also known for,” says Spearin. “We spent years in the creative process to define that gameplay. Day of Infamy is an opportunity to leverage that gameplay and is further proof of our design resonating with an audience.”

And yet, to keep players coming back, multiplayer shooters tend to promote individual rewards over teamwork-focused actions. Ranks, unlocks, and medals are showered upon the top-performing individual players, all too often people who leave objectives in the dust. So how is Day of Infamy going to encourage repeated play, in a way that’s appropriate to the setting, and won’t be pay-to-win? 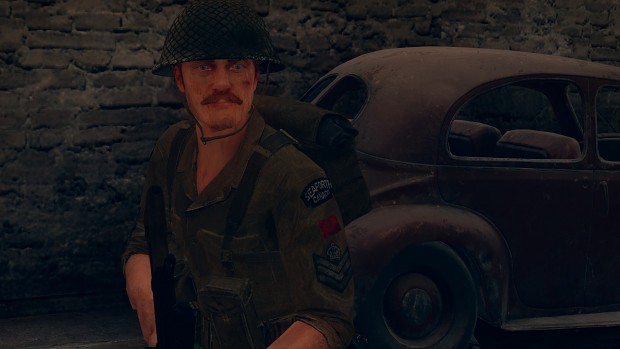 “Since I was young, I’ve collected regimental cap badges and division patches,” says Spearin. “These items are commonly known as militaria. I spent five years in the Army, and understand the value in the details of a uniform and history of the regiment.

“At certain rank intervals, the player will receive a random unit. At launch, there are 24 units that vary in rarity and contents. There could be a more common U.S. Infantry Division that simply adds a helmet stencil and arm patch of the unit. There are also units such as the 12th Frontier Force Regiment in the 8th Indian Division that has a new face, turban headwear, badges, and a complete set of voice acting. Many of the German units will have uniform changes to have camouflage. These units are also restricted on a map basis, so you won’t see paratroopers storming the beaches of Normandy, nor winter camouflage on the streets of Italy.

“Essentially, I like to look at the system as a digital militaria collection ... so I hope that players can learn from collecting these units too.” 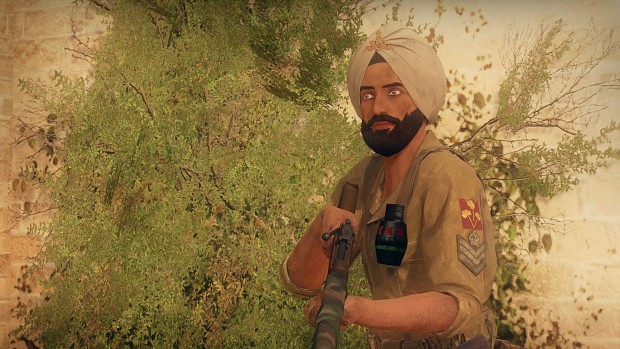 Spearin adds that the game will likely offer these units for in-game purchase for “a few dollars”, citing the success of Valve’s in-game purchases in Counter-Strike: Global Offensive and Team Fortress 2 as a touchstone. He concludes: “Insurgency only made money from selling copies of the game (and usually at a discounted rate), so for Day of Infamy to have an opportunity to open a revenue stream from units means we will be able to sustain our growth as a company to make more games.”

New World Interactive’s approach to World War II in Day of Infamy is certainly sounding distinct and characterful enough that the game won’t be retroactively lost in the sea of World War II shooters that those inclined toward such as game have no doubt waded through in the past. Spearin thinks that modern and future settings have run their course, saying that he “won’t be surprised when the next Call of Duty is set in World War II.”

For more on Day of Infamy’s unique approach to the World War II theatre, we’ll be back tomorrow with the third and final part of Modception: the Day of Infamy interview series.

Bought this game a week ago and I love it!!!
Every thing seems on the right place so far.

Brings back great memories of Medal Of Honor:Alied Assult & Call of duty....good times.