Today I am sitting here with Ackart, one of the developers for the Half-Life 2 mod Ragnarok Arena who recently released their first beta. Gonna talk a bit about the past and present, how they do stuff and how they don't do it.

ModDB : Say hello to our fellow readers Ackart.
Ackart: Hello, my name is Daniel "Ackart" Glenn, and on Tuesday I'll be 21. I've been in the Half-Life community since 2001 and spent most of my teenage years staying up until two in the morning playing Team Fortress Classic, Firearms and Action Half-Life.

ModDB : So, tell us how, why and when did you started developing mods?
Ackart: Oh man, my very fist modding experience? 1996, with a little game called Command & Conquer Red Alert. I was just getting into PC gaming at the time; but the fact that this game came with a map editor absolutely blew me away. Not that I was any good at the game - I sucked (I was also 7 at the time), but I'd make maps for hours on end. Later, I found an INI editor and started making Jeeps that shot lightning. Half-Life modding I didn't really start until about 2002. I was a mapper for a mod based in the '30s about Gangster warfare. I started my own mod about a year later, Biohazard 1.5, in the effort to recreate an unreleased Resident Evil game. Like most first mods, it died in a fiery crash.

Undeterred, I went and joined the Resident Evil: To Serve and Protect team in 2003. I think it released in 2004, but I was off the team by then, as the mod was going nowhere fast (And I wasn't exactly doing any work. Blame High School. :V). But that's around the time I met Minuit (James) on the Half-Life Improvement Team forums. After we both left RE:TSP, we started our own RE mod in the vein of the Outbreak games; so we started work on Resident Evil: Cold Blood, which actually saw a release in 2005. Of course, I was already working on Ragnarok Arena at this time... 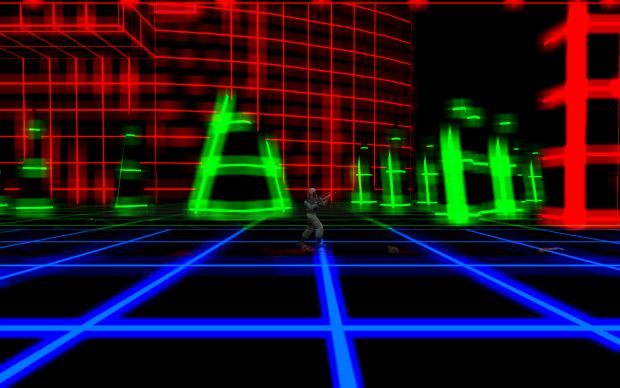 ModDB : Where did you get the idea from in the first place? It's not a common thing to turn a FPS game into a side-scrolling multiplayer game.
Ackart: Ragnarok Arena was a complete and honest accident in it's truest form. I had made a very simple map and was using it to test camera settings for Biohazard 1.5 (For a proper over-the-shoulder camera). Yaw 90, go! It was a setting that I just... took a liking to. So I made a quick test map that consisted of a few platforms and got a play test going with James and a bunch of other HIT forum members. And the rest? History.

ModDB : Did all your ideas made the final cut? Or were some ideas too difficult to implement and/or cut?
Ackart: The beauty of RA was that it started out small. We didn't really develop any ambitions that we couldn't come up with. Admittedly, I'd like to see achievements and an in-game stats system one day, but that's the future.

ModDB: We all know getting a good (sometimes any) team is hard. How did you find yours?
Ackart: I was lucky - the HIT forums were very active at the time, and I already knew James. Not to mention we had a released mod under our belts. I'd say the hardest part was how scatterbrained I was back then and... introverted. I just never went out and tried to recruit a team larger than a couple of people. 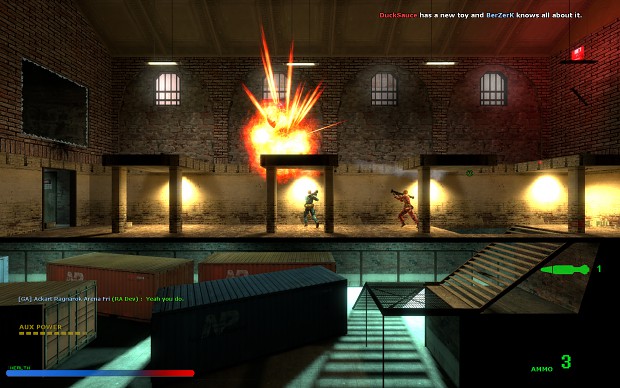 ModDB : How do you handle the daily communication with your team? Because we all know good communication is the guide to success.
Ackart: Instant Messengers, MSN mostly. I talk with James almost every day. There's nothing better than instant communication, in my own opinion.

ModDB : How important is communicating with the community for you?
Ackart: I'd say it's my main obstacle. You can never, ever have enough publicity and the Source community is bifurcated in some of the worst ways. Say, a CSS player may never, ever go to the same site that a TF2 player might, and both people are perfect candidates as players for your mod.

ModDB : The side-scrolling perspective is not a conventional choice if you base your MOD of a FPS game, was there a special reason for doing this?
Ackart: It's a blast to play and it's different enough to make the mod stand out. If anything, I wanna see more original mods coming out. Less Space Marines, more Gravity-impaired racing and fighting, if you catch my drift. I've also never seen Ragnarok Arena as a "Half-Life 2" mod, but as a "Source" mod.

ModDB : How was the mapping? You must have taken quite allot into account because of the side-scrolling perspective. Or not?
Ackart: You know, this is a very interesting subject. In many areas, it's easier to make a map for Ragnarok Arena - you only have to deal with a 2D plane for gameplay, graphics can be simpler because you're not up close and personal with it. Of course, it's also harder because your standard FPS map layout won't work for a side-scroller. I'd say my hardest issue is coming up with layouts that work in a 2D space. 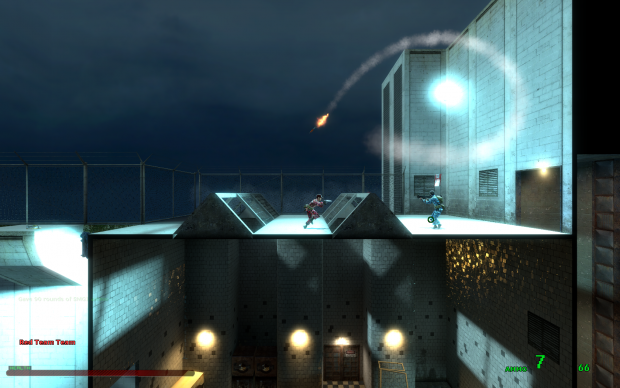 ModDB : I've seen a lot of different styles in the maps, do you try to follow a specific theme with your maps and weapons? Or does anything go?
Ackart: Not really. With the release of Ragnarok Arena (3), we finally settled on a somewhat "post apocalyptic-world-is-cold" theme, but that just means things are kinda snowy and icy. It's always been kind of in the air since... well, it doesn't really matter all that much.

ModDB : Got some tips for people starting out?
Ackart: Join a mod team! You'll gain some valuable experience while working up your own skills. Don't try to start your own team, you'll only end up pulling hairs out in frustration.

ModDB : One line of free speech. GO!
Ackart: I never want to hear the words "Modding is dying" again in my life. It's not dying, it's changing form. Little Big Planet, ModNation Racers, and even MMO's now allow you to create your own missions and quests. If anything, modding is coming out of the basements and dorm rooms and into the limelight. 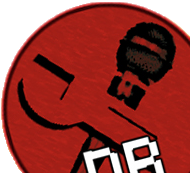 And there you have it, modding is still alive and kicking, just a bit morphed so its easier to start. Ragnarok Arena has quite the history, but it turned out as a great side-scrolling shooter that i highly recommend.

Check again next time where i interview yet another mod team. If you want to see your favorite mod team interviewed, hit me up with a PM and I might make it happen. See you all next week!

Great interview. I also never want to hear 'modding is dying.' or 'Source can't handle this much detail.'

Don't just like the interview. Play the damn mod. We need more people to play it.

agreed :p but you can like the interview to :D

HEY hax whats cracking ?
Now i know your Moddb name :-D
and i will kill you evrytime you join the developer server :-D

Great interview! I personally really enjoyed the mod of what I played with one server with one player on it. I wish I could of played a game with more people.

This is pretty cool. I love Soldat clones and Soldat style 2d platform shooter genre games. Will definitely be trying this out.