Across the frozen wasteland that was once North America and Europe, life is what most would consider 'hectic'. Polar shift has decimated life as we know it, and the one people foolish enough to live in these vast tracks of land are the scientists working diligently in the attempt to reverse the scarring changes and the armed factions fighting to control the scientific work. Some do it because they believe the end of the world, Ragnarok, has come, and only those who are the strongest will be chosen to build the world anew while others simply want to rebuild the world. Everyone else just enjoys the bloodbath.

Ragnarok Arena is a sidescrolling multiplayer shooter developed on the Source Engine, famous for it's use in Half-Life 2, Team Fortress 2 and multiple other games. Gameplay is brutal and fast paced, with realism being thrown to the side in exchange for adrenaline-fueled arcade action. Relive the joy of playing in the style of older titles like Mega Man, Contra and metal Slug with friends in eye-popping HD, and with a new control scheme custom-tuned for a keyboard and mouse.

Bring in the new year with Ragnarok Arena

Are First Person Shooters getting you down? No? Well, you should still check this out anyway. 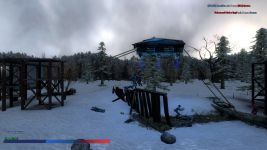 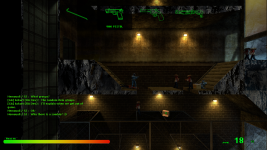 For those of you not in the know, Ragnarok Arena is a sidescrolling multiplayer game built on top of Valve's Source Engine. The version that we're preparing for release will have three gamemodes, Free For All, Team Deathmatch and Capture the Flag. 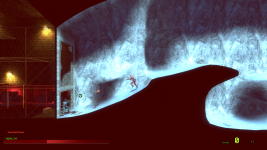 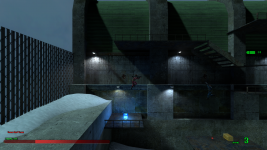 Now, for a time-frame. While I don't want to make the mistake of setting a specific time and missing it, I am confident in the team's ability to get the first version out the door around the time everyone is either blitzed or hung over from New Year's. Of course, we could use your help! If you enjoy special recognition and breaking things, we are currently looking for beta testers! Please see this thread for more information.

From your friends at Exploding Dog Entertainment, we wish you Happy Holidays, and we hope to see you at New Years for some Sidescrolling Multiplayer Action.

A Year in Review - Quarter Two

The Spotlight is back with a brand new intro and some mods that will break some bandwidth limits.

William and Phillip are joined by .£cho of Situation Outbreak and Ackart of Ragnarok Arena Remastered. The Zombie Shooter 2 key winners are announced...

Now anyone can shoot people sideways. Ragnarok Arena is a free multiplayer sidescroller built on the Source engine. Run, jump and blast your way through...

Files for setting up a dedicated server for Ragnarok Arena. Use the Half Life Dedicated Server tool to download the orangebox base files before using...

Ragnarok Arena is a sidescrolling multiplayer mod for the Source engine. Up Down Left Right in glorious 3D, with a plethora of weapons and powerups across...

Dedicated to Serving all your Ragnarok Arena needs.

This is the OLD version. Reuploaded because I'm a fool and deleted it on accident. The legacy version of Ragnarok Arena Remastered, released in April...

Where Did All The Cool Models go. I Miss Them.

And it's fixed. Huzzah.

This is so much like alien swarm in many ways, Great Job!

ugh, You mean Alien Storm is much like this?

omg this mod is awesome but too bad i cant play it online..hey creator can you make a single player or some sort of rpg style based on this mod..5 stars!

put bots so we can play in single player =P