Rival Game Creator and XI Cast was developed for two reasons:
FPS Creator can be very difficult to use for newcomers and even harder if you have no knowledge of 3D modelling.
Raycasting Game Maker is easy to use but is not powerful, is in a low colour mode and is not optimised.

The Rival Game Creator solves the issue with ease of editing by involving a simple interface with powerful customisation tools and the XI Cast engine solves the issue of having a weak engine to run your games on with little ability to make your game "Your Game".
Anything built on XI Cast will be unique and not a simple reskin/remap of existing assets (Both of these are issues with most games made with FPS Creator and Raycasting Game Maker).

Now this engine isn't perfect, the competition is FPS Creator and Raycasting Game Maker. XI Cast is a powerful engine but is still mostly on the CPU, it has a higher system requirement than Raycasting Game Maker unless you customise your game to lower the requirements (Resolution changes, sprites vs. models, options menu with graphics settings), FPS Creator is full 3D, XI Cast cannot truely handle multiple floors and cannot handle the advanced 3D capabilities that modern games can achieve on the GPU.

Consider XI Cast and Rival Game Creator to be the in between engine that merges ease of use with power.

So what have I done in the past few days? I'll go through this in order of date completed:

It actually exports usable map files now, now for the other 99.9% features it needs before it is finished! 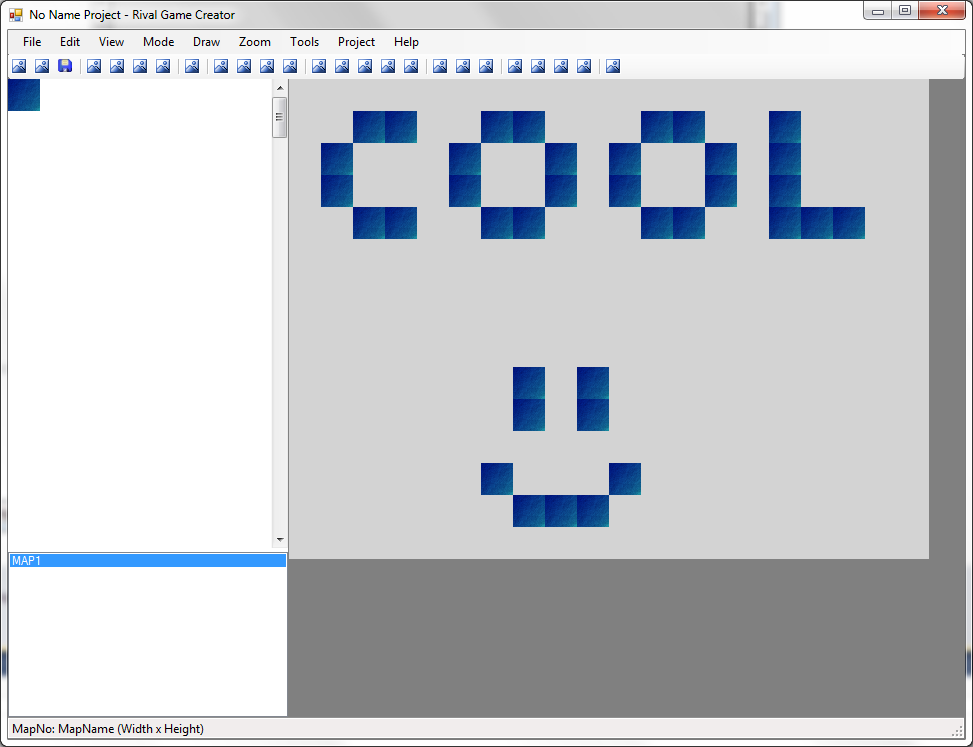 In it's current state it will only export 0's and 1's (Wall/No wall) as well as heights (Which aren't yet editable in the editor).

Yeah the walls can be different heights (Dictated by ceiling:floor height relations) 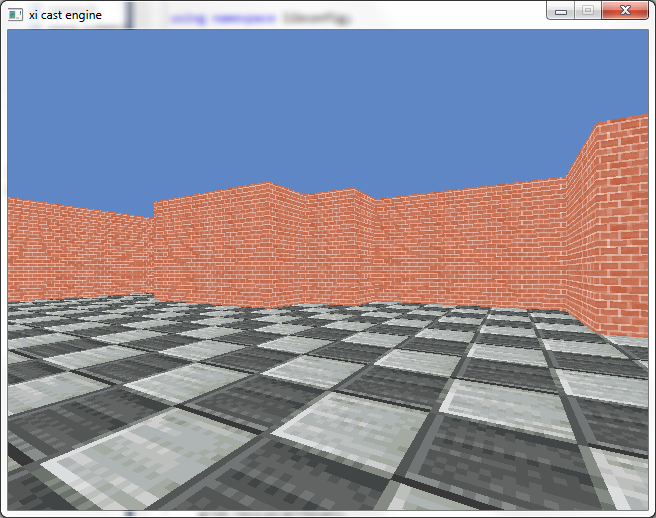 They now load.
But because of the 0 and 1 maps they're all the same :s If I threw in a 2 the texture would be different.
Loading textures is hard-coded currently, I plan to make a sort of manifest of textures that's generated in the editor for the engine to read from and assign into slots that are read by sectors, sprites and the... 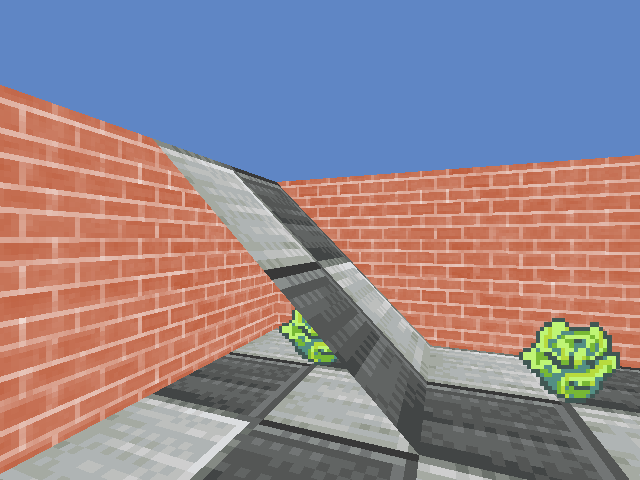 This simple 1 poly model (The thing that is sloped to the side over the cabbage sprite) can very easily be turned into a full 3D model! Only problem: I have zero knowledge of 3D modelling programs, this uses my own model format which can only (Currently) be edited inside a text file. Doh!

I'll impress you all with my hand-entered 3D models later down the line.

One big problem I've faced, being a software rendered engine (Haven't learned 3D acceleration yet...) every time a new feature is added the frame rate takes a hit, so I've been optimising so adding an extra polygon doesn't lose you 1 FPS, after the code fixing the engine gained 15FPS, doesn't sound like much but one of my test machines (2.0ghz dual core laptop, 2GB RAM) needed that 15FPS to stay above the refresh rate (This is at a high resolution rendering).Comparing to Raycasting Game Maker, XI Cast runs at a much much higher resolution with much higher frame-rates, for some reason RGM runs pretty slow on great machines.Let me put it like this: When XI Cast is set to RGM's resolution (Something like 313x212 for some reason) it runs at 357 FPS tops, 340 FPS min, if I were to remake Wolfenstein 3D down to the resolution (320x200) XI Cast runs at 360 FPS on my machine and that's with floors and ceilings being drawn, without them it's much higher, keep in mind I had itunes, gimp, visual c++, visual basic.net, dropbox, steam and firefox open, so this is a rough benchmark done just to test.If you want to know the target FPS it's actually 30fps stable on the worst machine I have at 640x480, that's the 2ghz laptop I mentioned above.

I've been trying to get sprites back into the engine since the move to a 3D camera.

This project looks dead, can I have the source code?

Mod SDK & Community
Built a game for XI Cast Engine and want to support mods? Try mod.io, a cross-platform mod SDK created by Mod DB which makes it easy to get a mod community up and running in-game. Currently seeking games to integrate and promote