Moai is the mobile platform for pro game developers, with an open source SDK and cloud-based game services for rapid development of iOS and Android titles, all built in the industry standard Lua scripting language.

Patchman is back in our second episode of Don't Be Patchman! First Patchman defeated the Circle Boss in the first episode: Patchman vs. Red Circles and now you need to confront the Square Boss in Patchman vs. Blue Squares!

A world of offices can't be 100% made of quirky coffee mugs and spiffy ties. There was a price to pay! Cast outside of the shiny buildings are the Homeless Sheeple. They live in shacks and feed off the crumbs found in the wrappers of old Vending Machine packages, tossed aside as garbage by unaware corporate Sheeple! Patchman will have to rescue them, too! And maybe they'll even help our hero in ways unexpected...

PATCHMAN VS. BLUE SQUARES is the second episode of a four-part series that when all combined together makes a game called: DON'T BE PATCHMAN! Be sure not to miss out on uncovering the mystery of Patchman, as when the final clues are revealed, it will blow your entire view of the world apart!!! 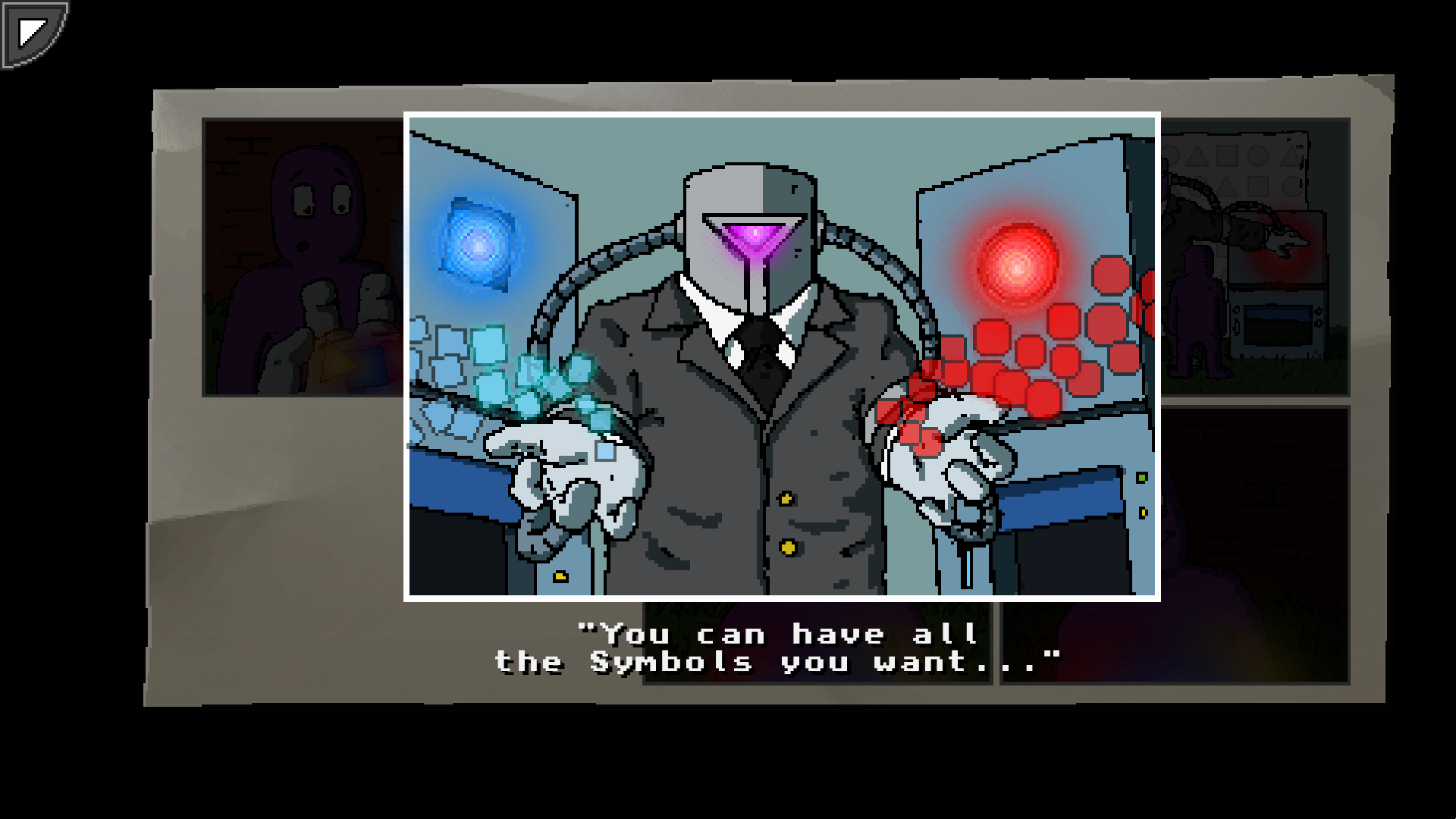 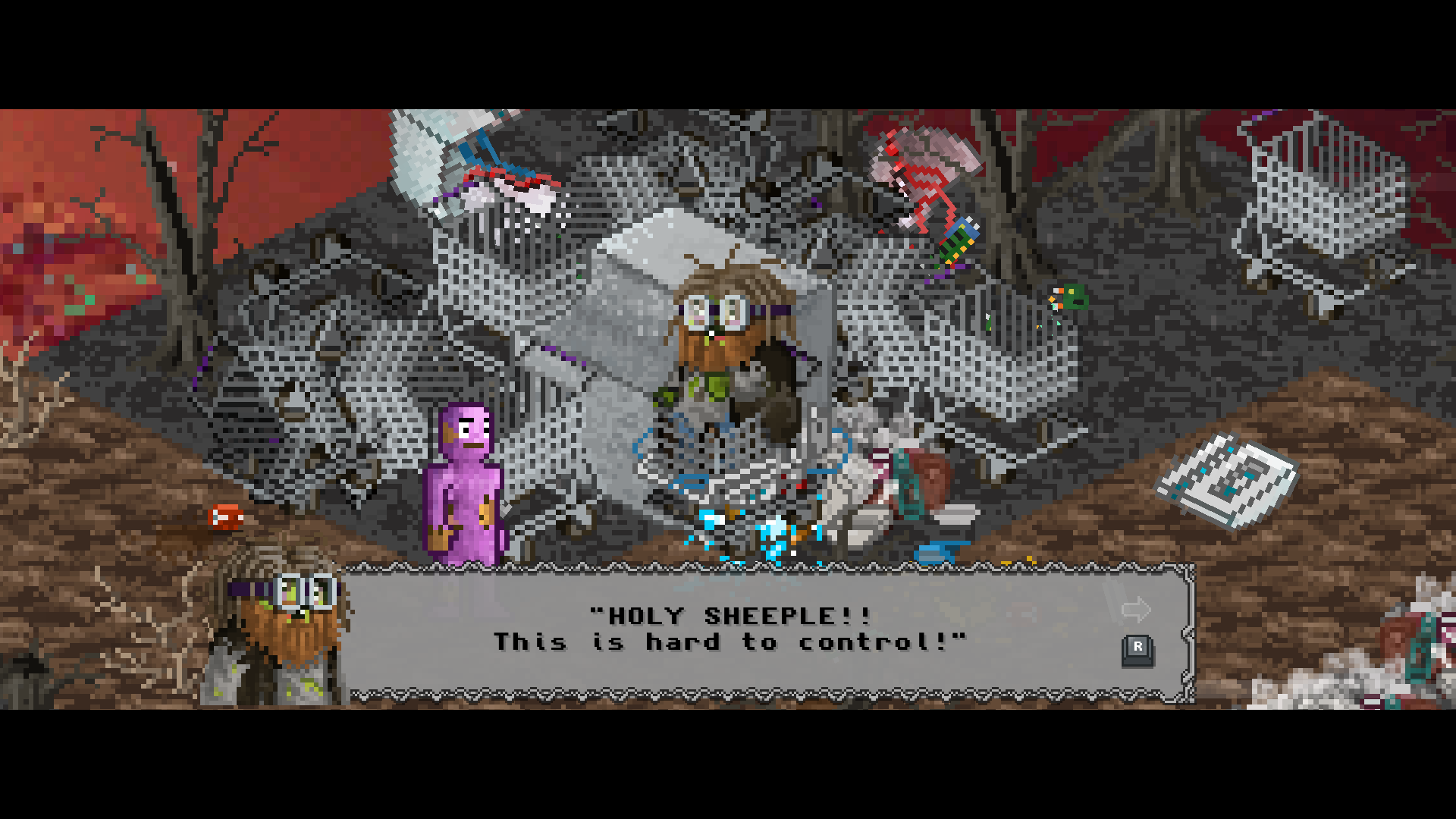 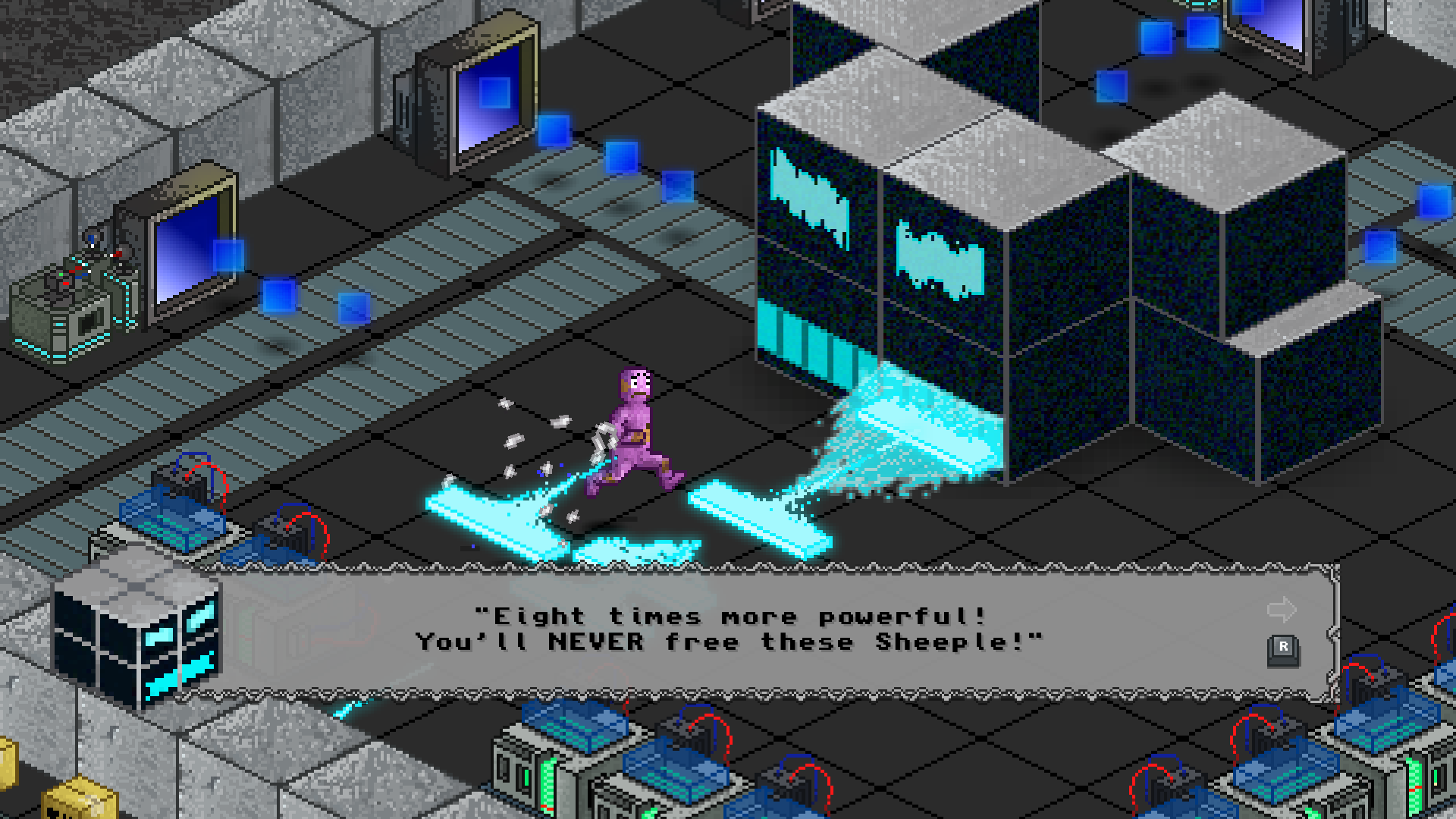 We are also running a crowdfunding Kickstarter again:

I'll be back to posting more development-style updates next. It's been a while because I was working so feverishly on the game. I always have to ask myself: "Work on the game or blog about it?" Well, I usually choose to work and now I've come out of 'hibernation' so to speak. :)

Thanks for taking a look, and long live indie games!!

The first episode of Don't Be Patchman is ready for desktop and mobile!

The Franz Kafka Videogame is out on iOS for iPad, iPhone and iPod Touch.

The Franz Kafka Videogame gets new trailer and release date on 6th April.

We are making Eastward!

Eastward is an action adventure with a post-apocalyptic setting and some catchy pixel art.

Immerse yourself in a lost paradise, with a deep mystery hiding beyond it's pristine shores. As a crew member of a suddenly and mysteriously capsized...

Help Patchman rescue the Sheeple from enslavement by the Drone army!

Eastward is an action adventure with a post-apocalyptic setting and some modern pixel art.

An original puzzle/adventure game inspired by writings of Franz Kafka • From the creator of Hamlet • For PC & iOS • High-definition graphics •...

MemoReaction is simple and yet challenging Memory & Reaction game with hundreds of levels of unique melodies and patterns.

Stunt Zone is addictive and challenging physics based trial motorbike racing game like no other with 20 free levels to play. Features: • 20 unlocked...

Mutant Gangland is a fast, neat and simple turn-based-strategy game where mutants fight robots . Build units, Conquer buildings and use them to Fund your...

Play this fast paced word game on your mobile device. Combining the play style of Boggle and Bejeweled the player is provided with a challenging game...

Meyume is guiding players on a perilous trip into primitive-filled jungles with the immediate release of their latest action-packed escapade, Cannibal...

Fantastic performance and cross platform support for all mobile and desktop platforms (and possibly the PlayStation console as well within the community), free and open source so you can code any special capability you may have in the future (unlike proprietary engines) and very tight, helpful community.

Development is as "high level" or "low level" as you prefer ... you can stick to basic Lua scripting (sort of like JavaScript) and create a full game without ever dabbling in the C++ and OpenGL side of things, but if you want to delve deeper, the option is always there.

It's not as "do-everything-for-you" as engines like Unity or GameMaker though, you will need to be able to code a bit and understand the fundamentals of the platforms you target.

I wholeheartedly recommend MOAI for development, especially for smaller studios. The cost of using it is extremely small (0$), the community support is incredible and as a engine it's extremely flexible and easy to understand.

Definitely an engine worth considering if you want to develop mobile games. If you don't know lua, dont let that discourage you - it is fairly easy to pick up and has lots of documentation.

Mod SDK & Community
Built a game for Moai and want to support mods? Try mod.io, a cross-platform mod SDK created by Mod DB which makes it easy to get a mod community up and running in-game. Currently seeking games to integrate and promote