libGDX is a Java game development framework that provides a unified API that works across all supported platforms.

The framework provides an environment for rapid prototyping and fast iterations. Instead of deploying to Android/iOS/Javascript after each code change, you can run and debug your game on the desktop, natively. Desktop JVM features like code hotswapping reduce your iteration times considerably.

Libgdx tries not be the "end all, be all" solution. It does not force a specific design on you.

It's coming! A publicly playable demo, as part of the Steam Next Fest, and even tho the game still has a long way to go I do think the core mechanics are there and a starting amount of content is there to experience (and hopefully see) the potential of the game. So few more weeks!

If this is your first time reading about the game, I do weekly devlogs over on Youtube talking and showing the various changes to the game and also the decision making that goes into game-design. Right now we are a few versions further since the last update, and that also means a lot has been done! The latest devlog talks about some cool new "mini tasks" added to the game, which really enhance the game:

I skipped a few weeks of updating the list publicly, so the list is fairly long this time just to have a complete overview for reference - I am skipping the various (minor) bug fixes (would triple the size of the list!) 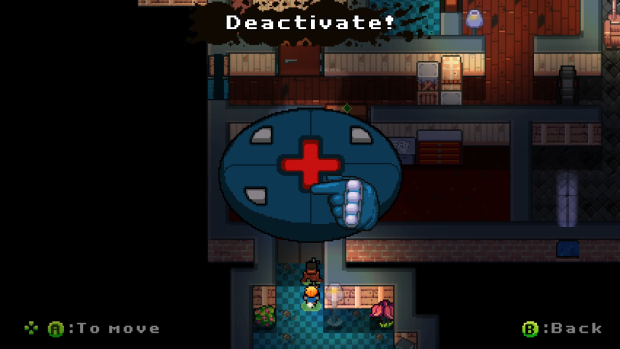 One of the tasks/mini-games in the game: disable these motion-activated bombs or become fragmeat! 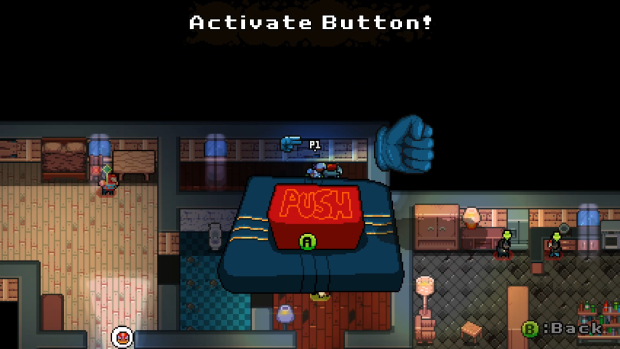 Another task, fairly simple, but they break up the gameplay a bit and provide a nice emerging addition to the game.


Join the community
You can follow and get more involved in the development of this game at the following places:

Discord
A growing community for all my games, including Regulator City. You can join in on discussions, chat with me (always there when I'm working) and participate in the discord XP game!
Join here: Discord.gg

King under the Mountain just released on Steam Early Access!

King under the Mountain is a simulation-based settlement-building strategy game inspired by Dwarf Fortress, The Settlers and Prison Architect. Now in...

Releasing in a few weeks - King under the Mountain October dev update!

The Vision Of The Ant

The Vision Of The Ant is an old-school monster catching RPG. Explore the world, recruit monsters, collect loot and get stronger.

After years of development, BIONIC SHIELD - Battle for Space Nebula Omega is now listed on Steam.

Attention soldier... get ready for action. Jumpin Jason is a fun, addicting platform shooter that has realistic physics and fast paced gameplay. If you...

The Vision Of The Ant

The Vision Of The Ant is an old-school monster catching RPG. Explore the world, recruit monsters, collect loot and get stronger.

Captain Steven, a lover of women, and scientist Mark, a lover of formulas, fly to the orbit of the planet SIM 34 to study it and ensure the resettlement...

Experience a new way to dungeon-crawl in Rogueslide, a casual strategy game for desktop and mobile. Each move is a puzzle as you slide tiles around the...

King under the Mountain is a simulation-based strategy/management game where you design, build and run a settlement in a fantasy world. Then, once you're...

You are the Bionic Shield - humanity's last hope to survive the Automaton invasion of Space Nebula Omega.

Collectible card game about star fleets. With some strategic twists on the ccg genre.

Forsaken Portals is a top down space simulation game with accompanying story, taking place in an open world. Feel free to decide for yourself if you take...

Brace yourself for this hard, reinvented retro Shoot 'em up with stunning special effect. Not for the faint-hearted. > Arcade > Shoot 'em up > Retro >>...

Fury Of Rome is an RPG side-scrolling game set in Ancient Rome. Play as a legionary and travel the world to face ancient gods in defense of the Roman...

I just created a game called Chomp! using LibGdx. I found it a great library and I liked that it was a programmers platform since I am a Java programmer.

My game is now on the Google Play Store. It is about a crocodile that catches food. You control the crocodile with the accelerator.

Wally the Crocodile catches food from all directions and angles.

Mod SDK & Community
Built a game for libGDX and want to support mods? Try mod.io, a cross-platform mod SDK created by Mod DB which makes it easy to get a mod community up and running in-game. Currently seeking games to integrate and promote