The fifth incarnation of Chrome Engine, a proprietary 3D game engine developed by Techland. Chrome Engine 5 supports Microsoft Windows, Xbox 360, and PlayStation 3, and its the last version of the engine before the brand new next-gen Chrome Engine 6. 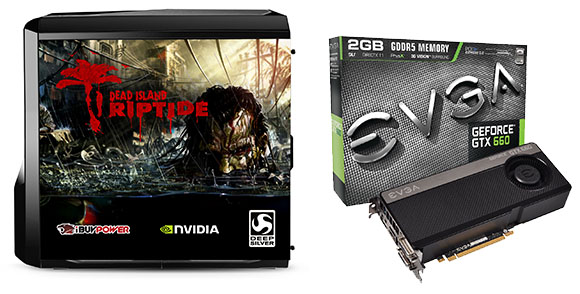 Adeno talks about the latest feature for the George Romero Survival Horror Edition mod called "Island Pack", which transforms the inhabitants of the island...

Adeno talks about the latest feature of the George Romero Survival Horror Edition mod that gives players the option to transform Dead Island Riptide into...

Create Your Survival Horror Experience with the George Romero Mod!

Adeno discusses the progress of his George Romero Survival Horror Edition mod for Dead Island Riptide as well as the many ways gamers have been using...

Join a group of fierce combatants mustered by the Guardian of the Ancient Tomes and begin your quest for the survival of mankind. Fight, develop skills...

Plot: The characters thought they had escaped the terrors of Banoi and survived the apocalypse on a corrupted paradise. Their fate took a turn for the...

Call of Juarez: The Cartel

When a Mexican drug cartel bombs a US law enforcement agency, a US task force begins a blood-soaked quest for justice. Play as Ben McCall, a brutal LAPD...

Live the epic and violent journey of a ruthless bounty hunter onto the trail of the West’s most notorious outlaws. Blurring the lines between man and...

Mod SDK & Community
Built a game for Chrome Engine 5 and want to support mods? Try mod.io, a cross-platform mod SDK created by Mod DB which makes it easy to get a mod community up and running in-game. Currently seeking games to integrate and promote