Ever wanted to add Easter eggs into the game but don't have the abilities to do the more complicated ones? This tutorial will show you how to add your own custom billboards with minimal effort. A Simply made Easter egg for your Tiberian Sun / Red alert 2 mod.

Step 1: Start by opening your XCC Mixer >> TIBSUN.MIX >> ISOTEMP.MIX and then extract a Billboard. Open the billboard up in the OSHPBuilder so now you have all four frames set and ready (Your healthy state, damaged state and the shadow frames). Once you've done this, remember to set the correct palette and Zoom level, then take a screen shot of the Billboard and crop it in MS Paint or some other program. If you don't want to take a screen shot etc. You can use this billboard base: 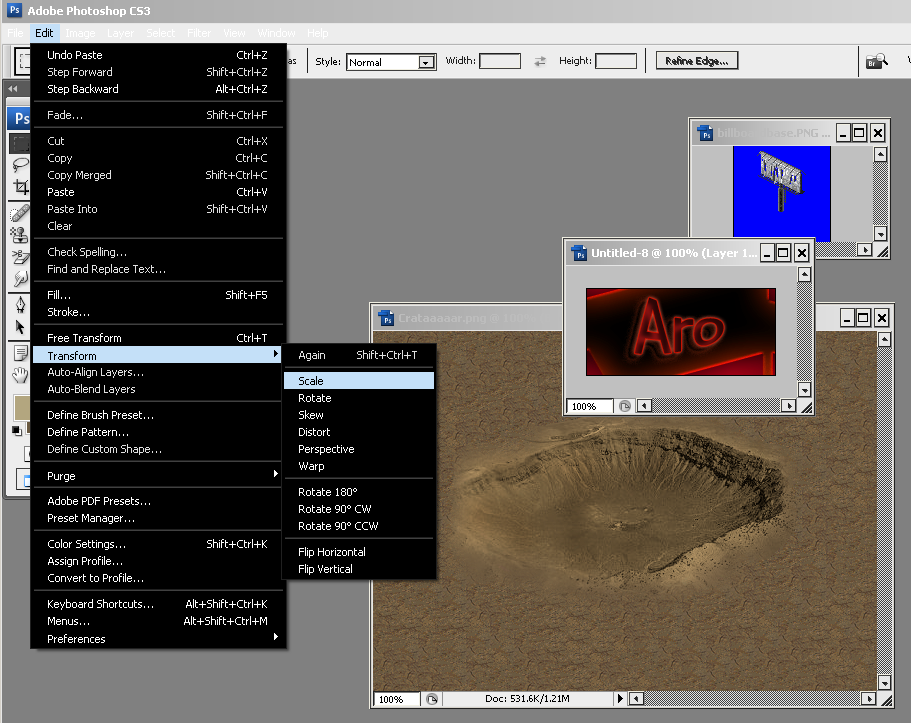 Step 3: Now that you've done that, copy and paste your scaled down image onto the billboard base, but remember to paste it as a new layer, not merged. Once done, move it into position and fix up any scaling errors there may be. 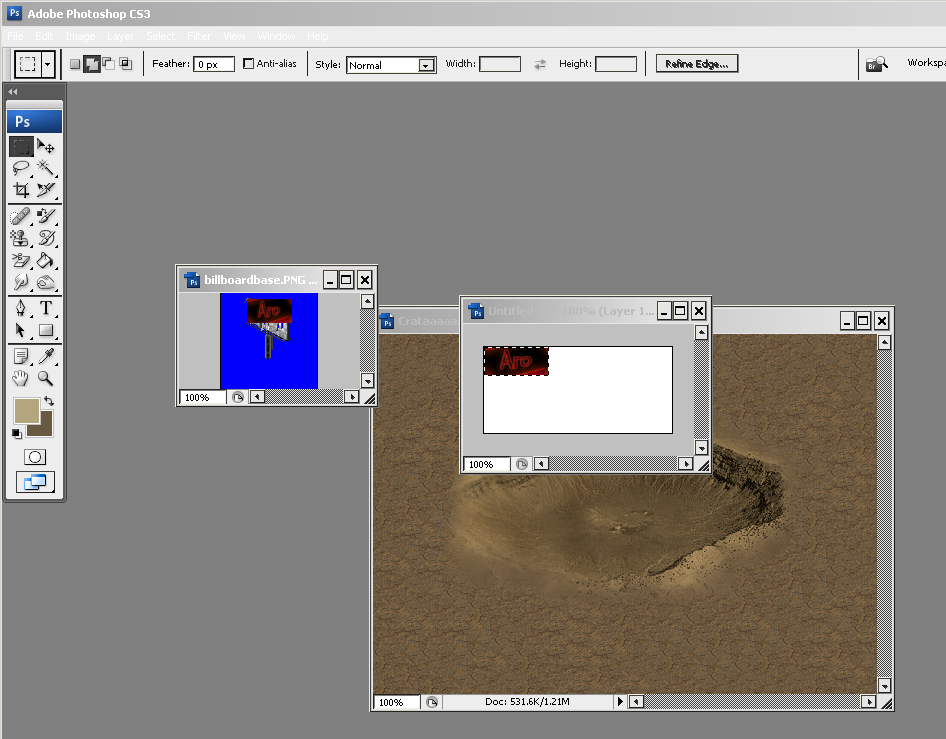 Step 4: Now that your image is scaled down correctly, its time to put it into the correct perspective. Go to the perspective tool in Photoshop and move your image around so it fits the billboard perfectly, if you can't get it right, just get it as close as possible and touch up your billboard In Photoshop afterwards. 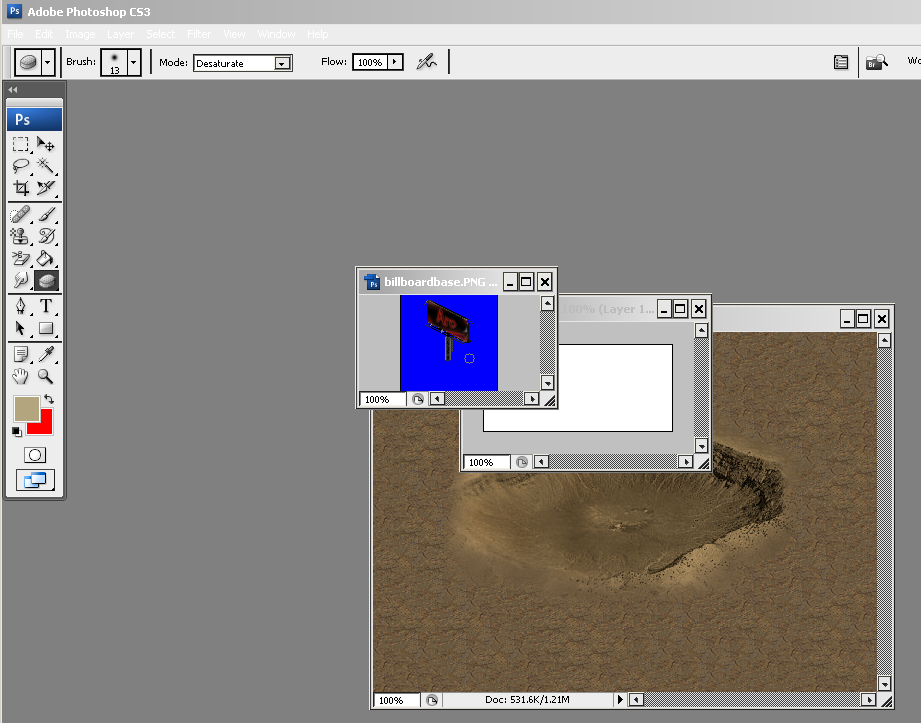 Step 5: Once your happy with your billboard in Photoshop (And are certain that you're happy about it) merge the layers together, then select the whole of the billboard (and the blue background (This is required)). Now you go back to OSHPBuilder where the billboard you extracted (and is in the correct palette) should be, select it and hit CTRL and V, your billboard image from Photoshop should be pasted into the OSHPBuilder now. 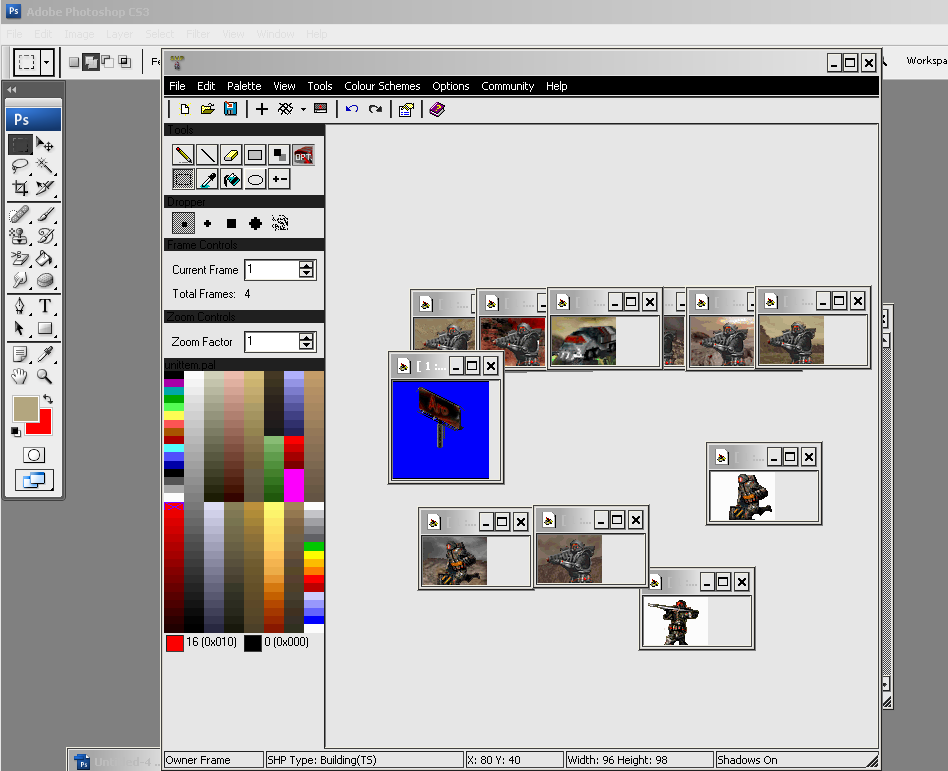 Step 6: Now touch up the damage frames and the shadow frames in OSHPBuilder so it matches your image on the healthy frame. Once done save your billboard. If you've followed this tutorial correctly your billboard should be in the correct position, which will avoid positioning and shadow errors (which is why I you should use the billboard extracted from TIBSUN.mix as a base and my image above as your Photoshop base). Once done, put your billboards in-game and enjoy. If you don't know how to put things In-game, look up XCC Mixing.

(In the picture above, the palette you can see is NOT the palette set for the billboards, use Isotem.pal)

This tutorial is best for Tiberian Sun or Red Alert 2, but of course you can use the technique for other mods and other things.