Yes, the first alpha gameplay footage of Company of Heroes: ZombieMod has been recorded! Rejoice! 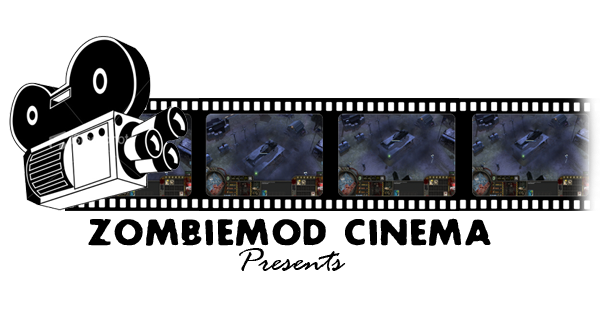 I am pleased to announce that after years of hard work, ZombieMod has reached the point where we can offer our first footage of gameplay, from both a Survivor and Zombie perspective. The preview is actually two videos, which are in a dual commentary format with my friend Kowski from KowskiGames on Youtube. In the first game, I play as the Survivors on our adaptation of Langres, while in the second I play as the Zombies on our adaptation of Beaux Lowlands. Throughout both videos I offer commentary and respond to questions that many of you may find interesting.

You can also find the first part here on my Youtube channel, while the second can be found here on KowskiGames' channel.

Amazing job guys, can't wait to give it a go!

ERMAGERD!!!! lucky that i downloaded all the files before you guys removed them :) so i can keep playing :D

There's several reasons. The first is that many people were mistaking it for final releases and were confused accordingly. The second is that they are unrelated to the final mod and we wanted to streamline the ModDB site. Lastly, we wanted to help to resolve some confusion concerning installation issues and such. I have all 3 files in reserve on my computer, so if anyone really wants them, they can send me a PM.

Looking rather﻿ good. Some pretty strong modern buildings in the game now. The combat has really came along. Your hard work seems to have paid off. Can't wait to see some more footage and advanced features! : )

Give the zombies a global DoT as an end game.

Damage over time, the idea in my head is that at end tier a zombie horde/squad can be summoned that emit a passive DoT plague-like gas/air over the entire map...it's kind of an overkill game ender...but hey, that's an idea.

Disease sacks that burst out of their bodies and such.

About zombie defense, maybe some sort of zergling like zombies? lying on land and then atacking while enemy nearby.

Expect that Zerglings do not unburrow themselves on auto, only Lurkers receive combat abilities from burrowing.

Besides I doubt dead people on the ground would work as a good "living mine" defence type. They would be totally suspicious for Survivor forces and not much of a surprise. Since there already HazMat and soldier zombies confirmed I thought the undead faction could make use of some 'advanced' defence. After all, their forces are drawn from former humans of various jobs.

I heard that the human HQ will be a trailer, how about making the base mobile, just as Brits in vanilla. Or no such plans?

No such plans, I personally am not a fan of the British gameplay style, and while I appreciate the strategic options that come from it, I don't think it's appropriate for the survivors.

OMG iiiii just had a mini heart attack, this made my week :D

I thimk zombies should be able to zerg rush but they have to time it out and have a steady stream, but try to make it so they have to surround you

Burton let me guess, This is just the beginning and the final release is not even close? And if so, This looks hella good! :D

Oh yes, this is just the beginning :D

Just a suggestion: Perhaps as a zombie defensive structure you could have a kennel and a few zombie dogs can run out and attack nearby survivors and then return to the kennel? (a similar system to the Triage centres in CoH)

Something you should try to do is have there be an effect similar to the medic buildings for the zombies so when a human goes down you could have the "medic" zombies go and convert them to zombies.

I look forward to this coming, this is an amazing mod for us as a zombie fan! :D

So cool ! Can't wait for the final version (or even this alpha one, for the moment :p ) Great job :) (good thing that i kept tracking your mod, since it was already really fun to play with the pre-alpha versions -tough i couldn't build anything to get more troops as human)

Oh and it's great when you zoom in and we can see the troops. (especially the swat team and the tactical unit -well there was 2 armored looking unit team but dont remember the name, aka not simple survivor but soldiers with weapons) just hope that other than a gamemod, you will always have infinite ammo or it wouldn't be as funy !

hold on, you guys are working on this since 2008 and only just started in alpha?

Yes, the mod has been restarted twice, and last year I lost about 2 month's work. Plus there's only myself working on it consistently.

Argh release the alpha! it'll give me somthing to do other than bug you for a full release xD