YR Red-Resurrection is being updated to support CnCNet 5 and the new client interface, bringing with it a host of new features and dozens of new units and abilities.

In the two years since the last update I totally quit Yuri's Revenge modding after being tired with combating the engine and running out of stamina when it came to adding additional content, which felt like a strange necessity as if there was some kind of bloat war taking place in my mind.

Knowing however that the mod was no longer easily accessible with the shutdown of CnCNet 4, I have decided to go back and update it for CnCNet 5, bringing with it the new interface and client to play the mod more easily.

Here is a preview of the interface. 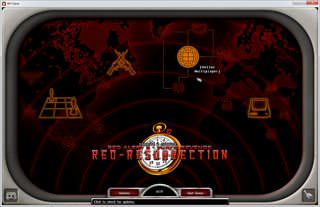 I cannot stress enough how vital Starkku of Project Phantom has been to this effort in providing his build of the client and supporting my use of it, and of course Rampastring for making it in the first place.

What's more is that the mod is being updated with additional content and sweeping tech tree changes. There are dozens more units, mainly focusing on making each of the countries more unique in capability and playstyle as well as new gamemodes, more multiplayer maps to play on and a conversion of the original Red Alert 2 campaign for funsies.

Progress on this update is steady and I aiming to get out before the end of the year. In the meantime here is a 1v1 match played between Alstar as Japan and Asylum as the Confederation.

Nice to see an update to this mod again :)

That's a creative main menu design for the client, different from the basic button layout used in all the other projects. Good job :)