Looking towards our next patch, weapons, and a mesh update for the Destroyer. 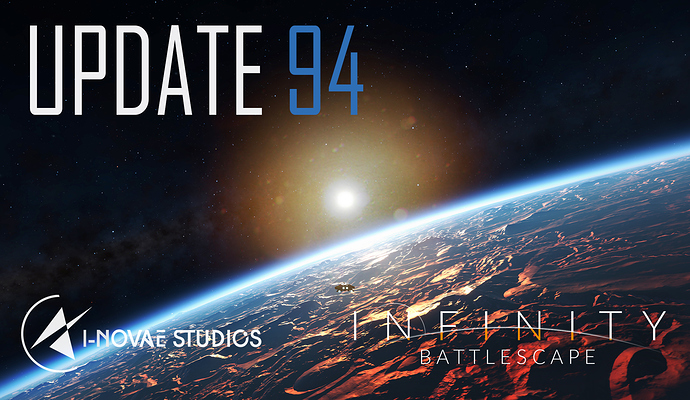 Hey all it’s that time again – time for your weekly update! As we’ve previously mentioned our primary focus at the moment is weapons. Support for machine guns has been added along with ammunition limitations. A quick balancing pass was performed on both machine guns and blasters however a lot more time will have to be invested in this over the coming months. We’ve also added different damage values for shields vs armor. Work has started on missiles/torpedoes however since they require a reasonable amount of intelligence there’s still a lot left to be done. We have yet to start on anti-missile countermeasures and of course we need to create bigger versions of these weapons for capital ships. 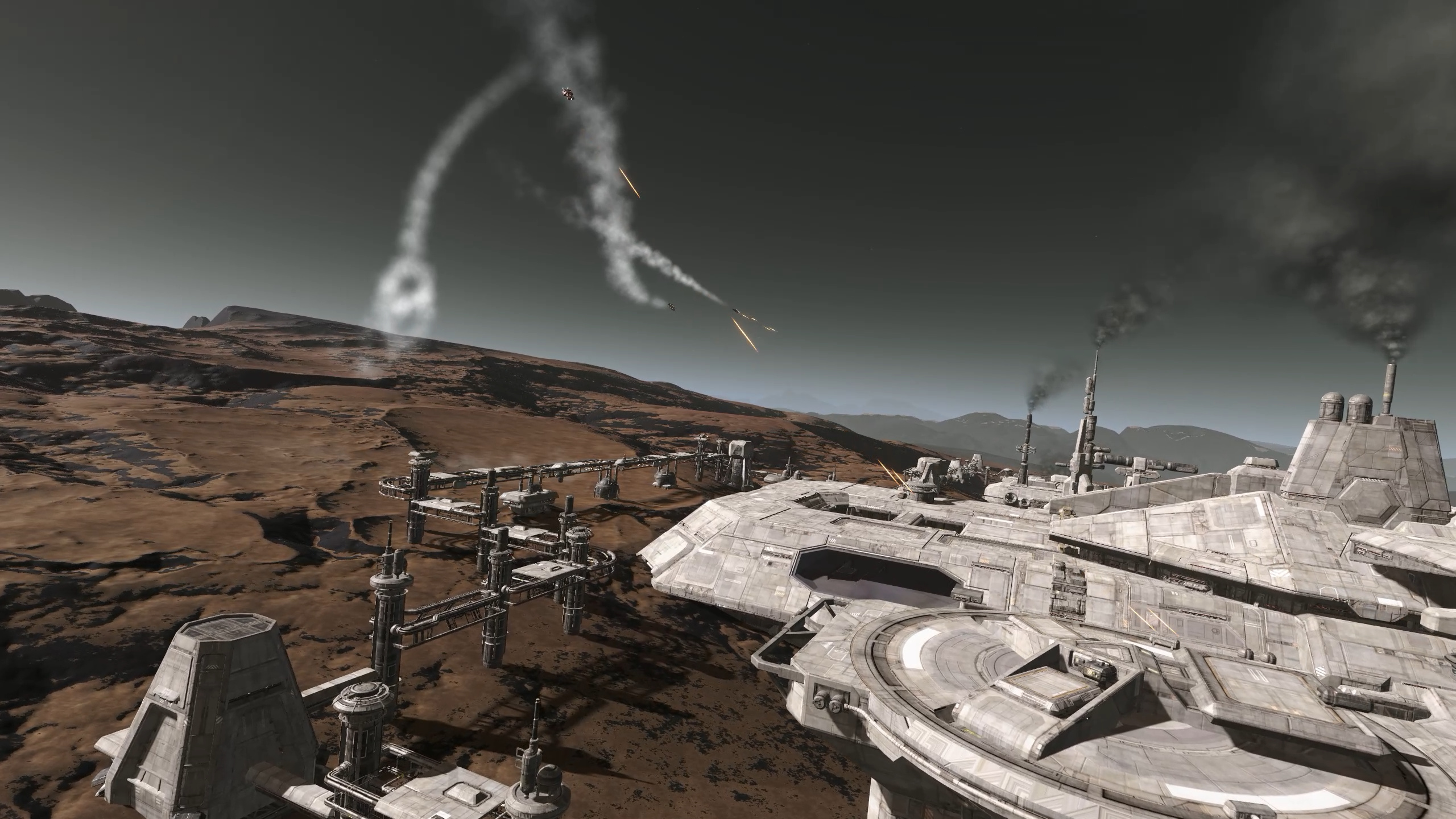 Land bases and factories can be quite large, spanning multiple square kilometers

An emerging priority of ours in the coming weeks is improving our download experience. Currently we are only using a single datacenter in the US to distribute files. Unfortunately, it frequently has disappointing download speeds for users outside the US and we’re working on integrating CDN support. We haven’t decided which regions we’ll use for our CDN locations but most likely we’ll have 1 in the US, 1 in Europe, and 1 somewhere in east Asia. On the art side work is being wrapped up on the destroyer with only the cruiser and the carrier remaining. Kristian also spent some time improving our HUD icons. Once the capital ships are finished there’ll be the bobbleheads, UI, special effects, backer rewards, and a final polish pass left to do. 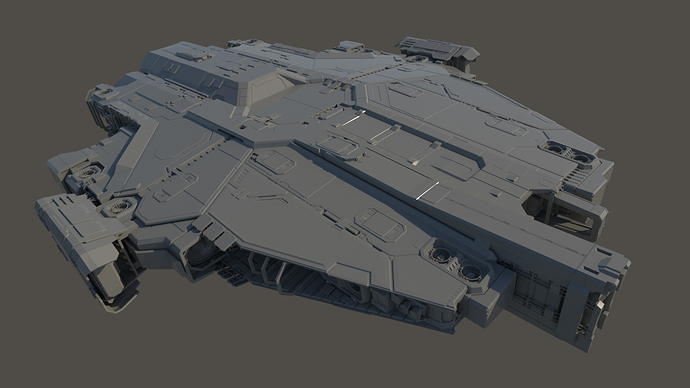 The final geometry pass for the destroyer is nearly complete

As for the next patch we’re still waiting to make a bit more progress on weapons before we give an estimate on the release date. We touched on this briefly last week but the plan is to release a patch as soon as all of the weapons have been mocked up in the game. This will be an extremely quick and dirty implementation so expect lots of balance problems. Once we release the weapons patch, if initial testing with Developer Access backers doesn’t uncover any showstoppers, we’ll announce the next Alpha backer play weekend. That’s all for this week, until next time!