Wrapping up 2017 with a short but sweet progress report. We're looking forward to a great 2018 for I-Novae Studios and Infinity:Battlescape. 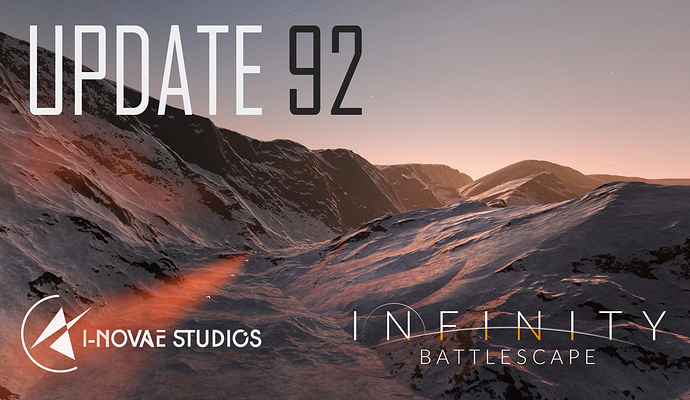 Hey everyone, it’s time for your weekly update. This will be our last weekly update for 2017 as the team is working on wrapping up as much as they can before taking some time off for the holidays. To that end the primary focus has been on weapons and turrets with the most attention being devoted to missiles. Our next patch should include significant weapon updates, which we’re looking at releasing sometime in January along with another “Pre-Alpha" weekend for Alpha access backers and above. Beyond that I’ll save the information on our 2018 roadmap for our initial set of weekly updates in 2018.

A panoramic view of the interceptor cockpit

On the art side the final geometry pass for the destroyer is nearly complete. Once finished the only remaining geometry work, aside from any polishing that pops up, will be for the cruiser, carrier, and mercenary operative interceptor. Out of the 3 of those ships we expect the mercenary operative interceptor will go pretty quickly, since it’s just a variant of the regular interceptor, so the bulk of the work will be on the remaining capital ships. Given their size it will likely take some time to finish them however once that’s complete all that shall remain is materials, special effects, and sound effects.

A panoramic view of the bomber cockpit

If you love what we're doing, consider voting for our project in the 2017 Indie of the Year competition :)

That’s it for now, we look forward to seeing all of you in the new year!

Our backers continue to take spectacular shots and videos in game. :) 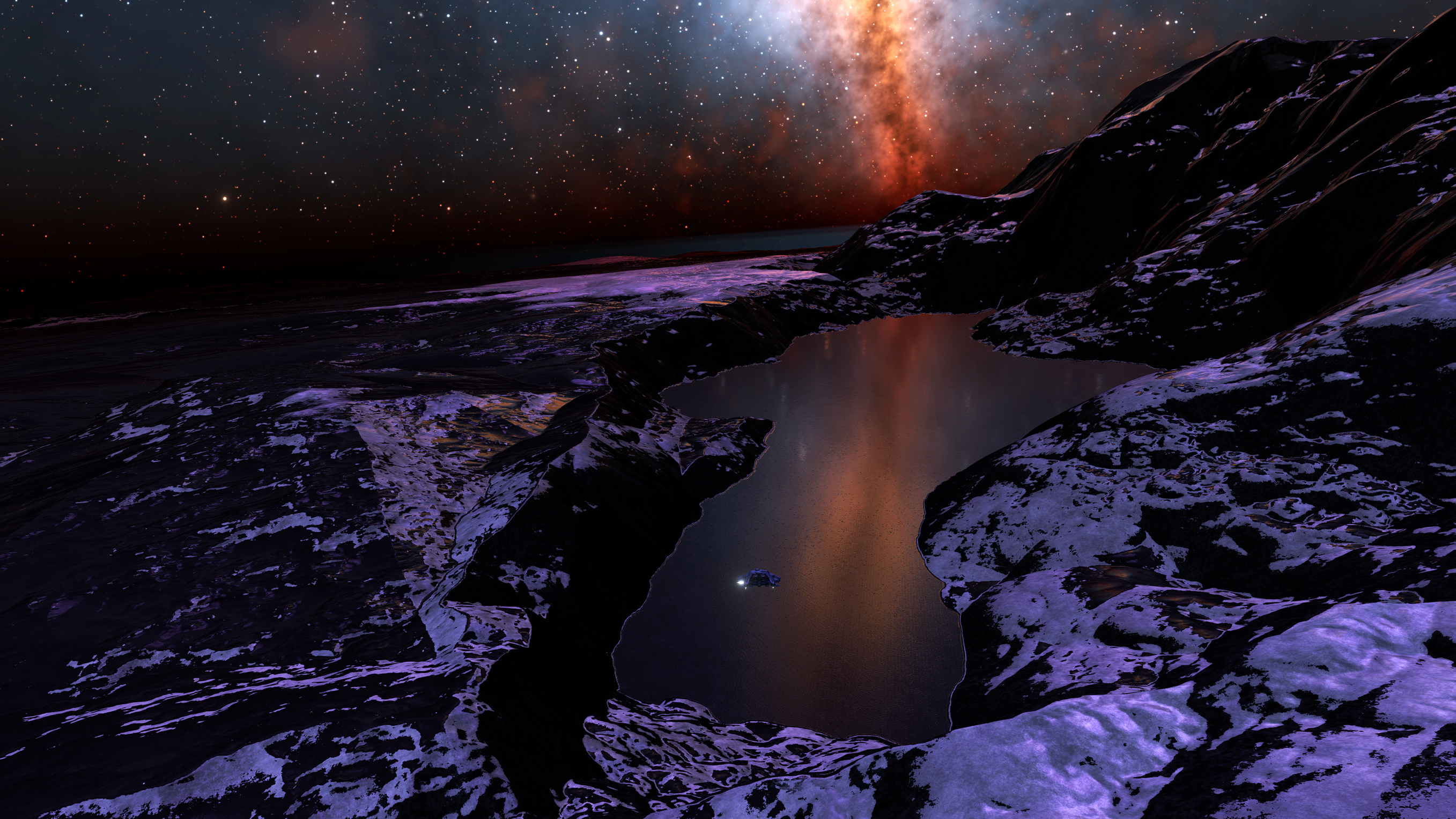 A Frozen lake on Semnoz, an Icy Moon 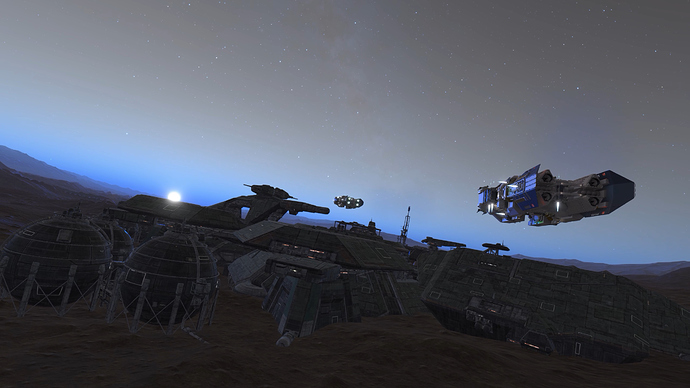 Corvettes docking at a Factory on Aresthia, our Mars-like moon 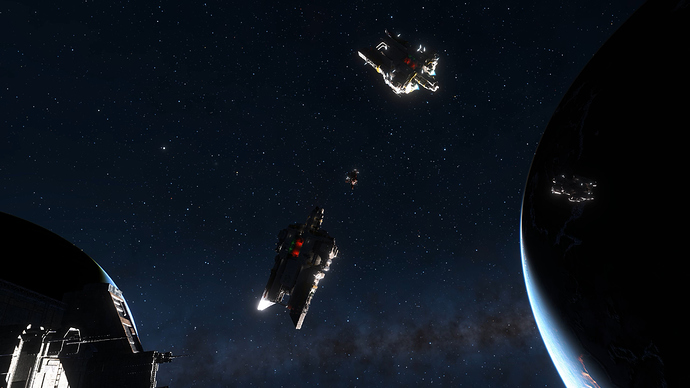 Is there any word on a public demo?

I'm not asking for much, just a fly around of a solar system.

Also, how are you planning on competing with Elite Dangerous?

We're currently in Pre-Alpha, so only our DevTier backers have access to the latest builds at this time.

We've thought about providing a demo of the tech, however have decided against that for now, but may be open to providing a limited user experience in the future.

While we are regularly compared to other space games in the wider genre, our focus is primarily on massive multiplayer combat experiences, rather than exploration, trade, or galaxy scaled gameplay. Infinity: Battlescape will take place in a single solar system, and focus intensely on massive PvP battles. So while we're often compared to Elite, Star Citizen, and others within the wider genre, we're still offering a unique gameplay experience :)

We do have plans to provide a limited offline single player exploration mode, for those who would prefer to explore and experience the tech in a more peaceful environment.