Thoughts on the overall design direction of the Carrier class ship. Programming updates, and a design pass on the factory buildings! 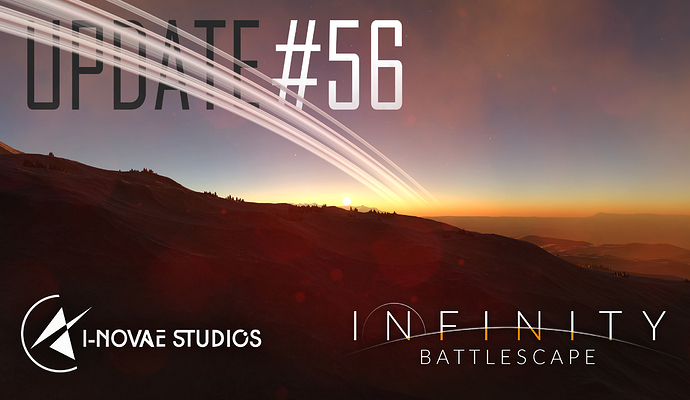 Hey everyone time for another weekly update. As I mentioned last week I'm going to go more into scheduling with this update. At the moment the new networking code is being merged into the game. This is the single most important blocker for the release of the Alpha and once it's finished Flavien will resume work on core gameplay. I'm continuing my work on the UI and once that's complete I'll join Flavien with finishing up the Alpha gameplay and making some additional improvements to the launcher, installation runtime, website, and payment platform. 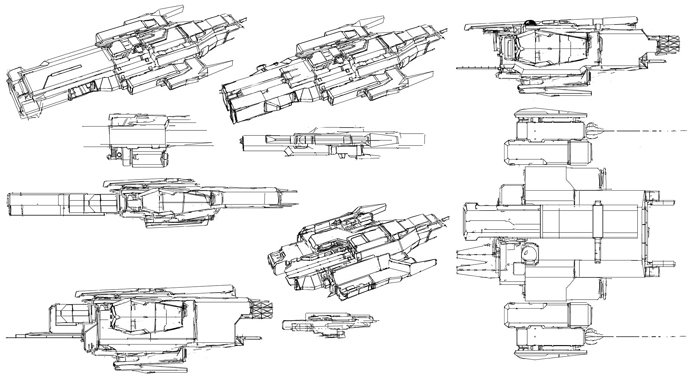 Like we said last week it's going to be at least 2-3 months before we're able to release the Alpha and we'll have one or two, maybe even three more Alpha free-play weekends to make up for the delay. The first of these will occur after we finish integrating the new networking code into the game. This process could take around a month as the networking affects every single part of the game and we have to tear down the game to build it back up. Any intermediate patch would essentially be a version of the game that would appear to be a significant regression from what we currently have though in reality that would be because non-upgraded systems would be disabled. 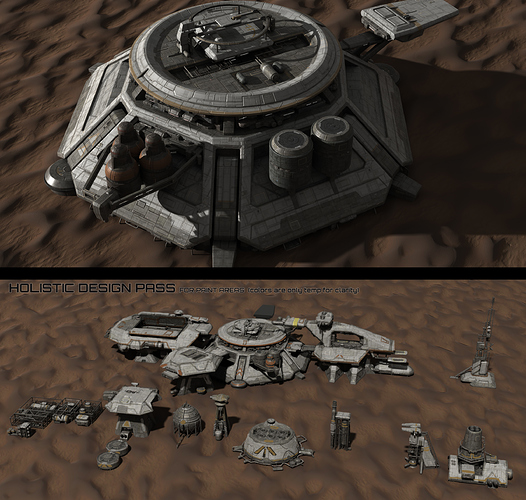 WIP materials for the factory

Once the next patch is released and the new networking code is verified to be working smoothly we expect that Alpha gameplay will begin to rapidly take shape. This will include the implementation of the resource system, capital ships, teams, radar/sensors, turrets, and new weapon systems. After the release of the Alpha rapid iteration of gameplay should continue into Beta. We will be holding multiple Beta free-play weekends during the Alpha, like we've done for Alpha backers, to help make up for delays in their access to the game. At the moment, depending on how much time we need for polish during the Beta, we're probably looking at the game going gold sometime in the summer/fall of 2018. From that point we expect to be supporting the game and releasing additional content for a significant amount of time.