Hi guys, let’s have our second Weekly Update! What’s going on with the development of Twin Flames? Basically we have one major milestone: Get the demo on Steam! We want to bring the demo to Steam on late February, so we have one intense month ahead!

Hi guys, let’s have our second Weekly Update! What’s going on with the development of Twin Flames?

Basically we have one major milestone: Get the demo on Steam! We want to bring the demo to Steam on late February, so we have one intense month ahead!

So, what can you expect to find in the Twin Flames demo?

We are still a little green in some of the features we want, so, we may deliver them in a later version of the demo. The plan is to keep improving and adding stuff to the demo, so we’ll let you know every time a big update comes up so you can check it out.

So what’s been going around in the realm of Fat Panda?

We have been working very hard to bring all the game UI for the demo, our art director Jose Acosta took some inspiration in games like Jotun and Hyper Light Drifter.
Our screens and UI were originally not in pixel art, but during our Kickstarter campaign, some people told us that it didn’t quite fit the style of the game. We’ve been updating these and listening to your feedback in order to have pleasant and easy to navigate menus. 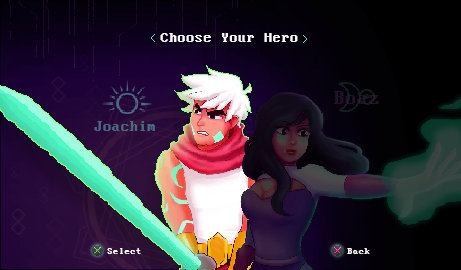 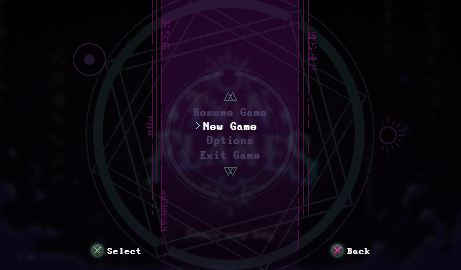 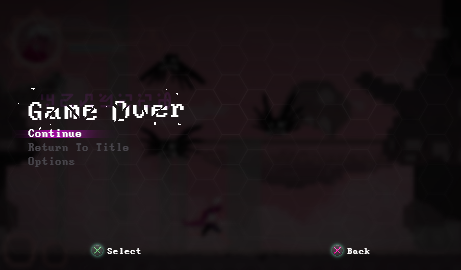 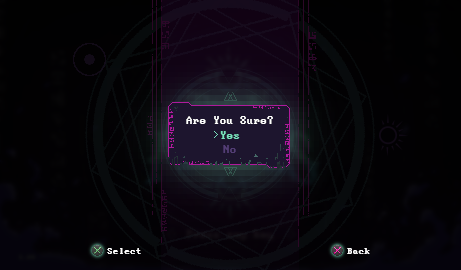 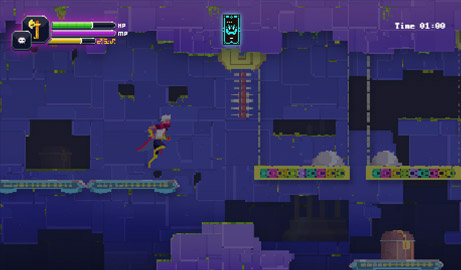 This is one of the bosses featured in our trailers. You may remember him flying around and creating streams of blood. His attacks are inspired by the Plagues of Egypt. The idea is to make him a powerful magician that can teleport really quick around the stage. Here are some gifs of what we have of the battle so far:

A lot of elements are placeholders for now, so don’t worry!

These placeholder locusts make a cameo from another game.

These are a couple of new enemy ideas for the game. Each critter has a role gameplay-wise within the monsters, we already got close quarters fighters, shooters, chasers, etc, so these ones fulfill different and new roles designed specifically for them! The first one is tasked with protecting his friends, he casts shields and buffs on other monsters to make your life harder. The second one is a high level magician with the ability to teleport really fast and mock you with his speed. The third one is a heavyweight that employs bombs and explosions to damage you, but that can also damage him if you play it smart! 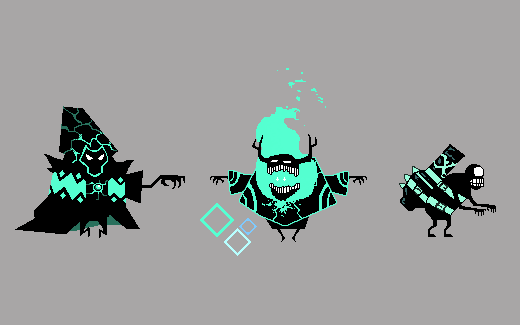 These three are the main concept art for the enemies.

And this guy now has all his animations, now it’s time to put him in the game.

Last week we started to work with the God Mode of Joachim, now is almost finished! You will have to increase your god bar by killing enemies, once the bar is full you just need to press Up + Attack to transform, the player stats will increase by 1.5x for now. We’re still testing this in order to find out the right amount of increase the stats should have. The idea is to give you a nice little buff without breaking the game too much (of course, using special items and relics you can improve the God Mode even further.)

It feels so nice to just transform and wreck havoc as an all powerful god.

PS: Yesterday we had a birthday at the office (Actually was mine) Yei!

So that’s it! See you next week with the latest advances! If you have any comments, don’t hesitate to post them!