This weekend we're giving pre-Alpha access to all of our Alpha level backers. I'ts still a pre-alpha build, so gameplay is limited, but we've come a long way over the past couple of months :D 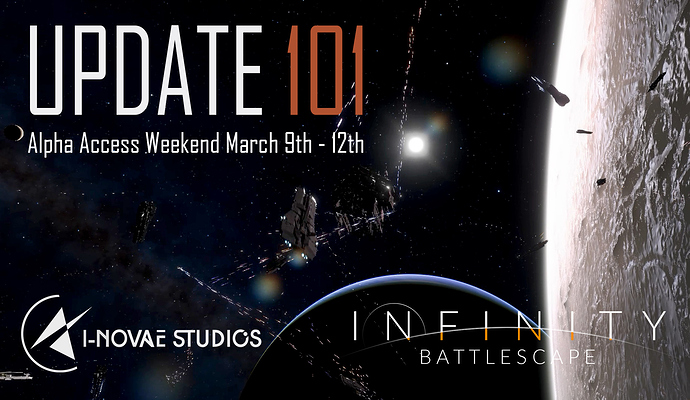 Hey everyone, it’s time for your weekly update! For starters I’d like to remind our Alpha backers that today at 0900 EST/1400 UTC we’ll be starting our next Alpha backer weekend which will continue until Monday, March 12th at 0900 EST/1400 UTC. If you aren’t an Alpha backer but want in on the fun you can upgrade your pledge6 on our website at any time during the weekend for instant access. You can verify your access level by visiting our access page5 and the game will be available for download on the Infinity: Battlescape4 website. Lastly, we’ll be holding community events over the weekend at 2000 UTC on both Saturday (Bit.ly) and Sunday (Bit.ly). These will be organized on our public Discord server2 by one of our artists – Dan Hutchings. 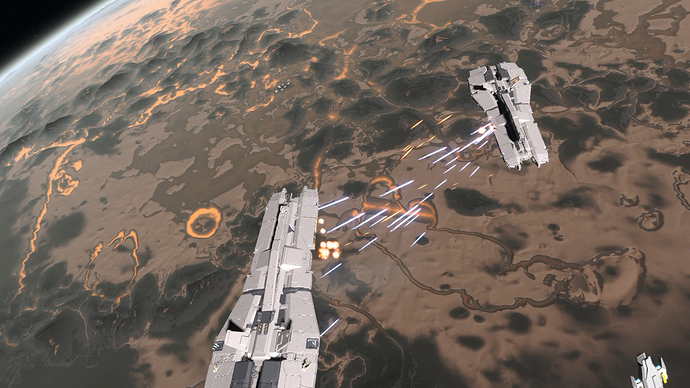 Two cruisers duke it out over the volcanic moon of Cinder

Earlier in the week we released an intermediate update that addressed some of the feedback from our weapons patch. This was also the first patch to use our new CDN for faster downloads which, so far, seems to be a significant improvement over the old system. If you’re interested you can read about the details of the patch on our forums. Speaking of patches we’ll be releasing another patch just before the Alpha weekend goes live. This patch will include some stability improvements, audio improvements, AI improvements, an attempt to made HUD clutter more manageable in large battles, and our first iteration on making warp more accessible. Per-usual, once the patch goes live, you’ll be able to read the details on our forums. 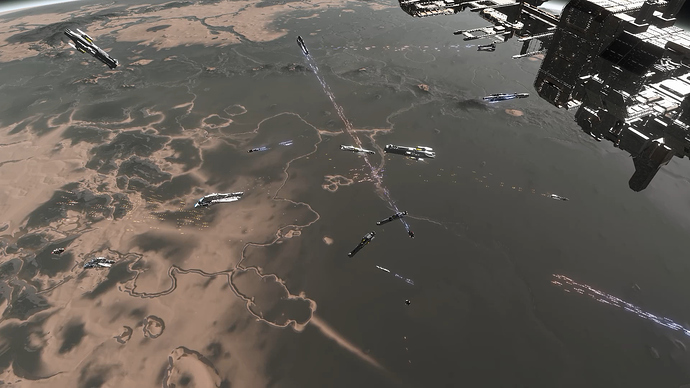 A large battle above Cinder

That’s all for this week. Another email will go out once the Alpha weekend has officially started, we look forward to seeing everyone with Alpha access in the game!

We're already getting screenshots from this latest Alpha Access Event. 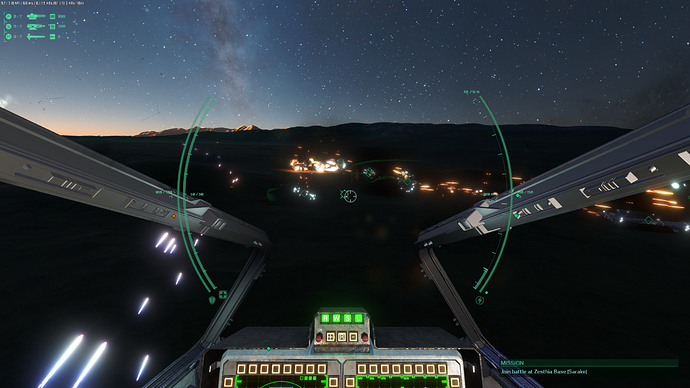 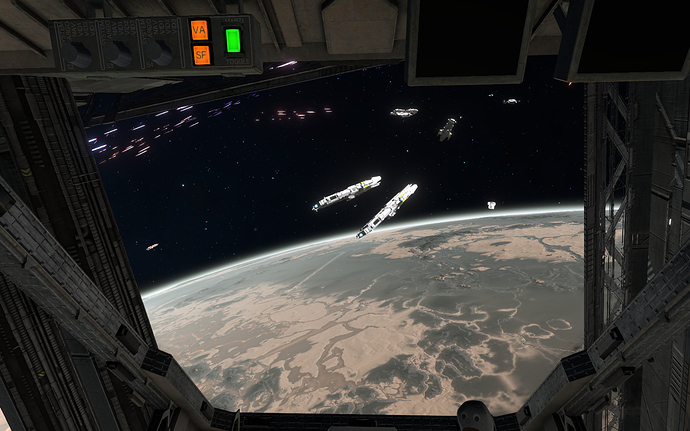 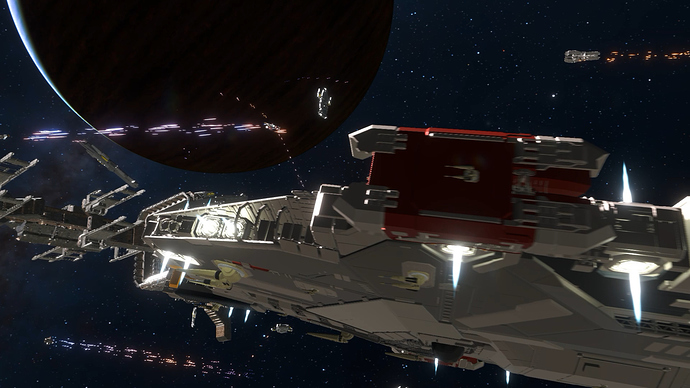 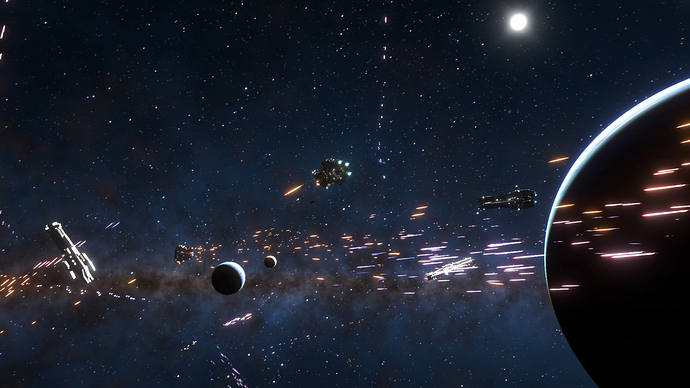