I've just published a Community Technology Preview of the awaited version 2.0. Please read the release notes when getting it. 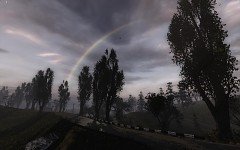 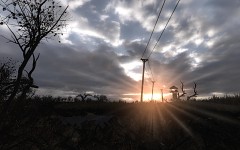 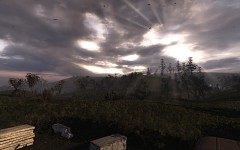 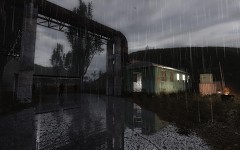 Pretty nice, hope to see mods using the final version :)
Sad is not for COP :(

Yeah, but from what I heard some guys are already trying to port the mod to CoP, so it's probably just a manner of time :)

Hi! Could anybody give me help please installing this mod? I tried everything, including patch 10005 and 10006, installing DX11 runtime, etc., but the only thing I get is BLACK SCREEN at startup...

Did you copy over the bin files contained in the download? And are you running patch 1.0005 or 1.0006 and have installed the DirectX 11 runtime? If all yes, then send me a PM with your X-Ray error log, maybe I could find something there.

Not out of the box, but it probably could be merged. Not tried yet myself, though.

Helli, is this mod compatible with lost alpha?. Thank you.

no, not out of the box, would need merging to make it compatible.

Thank for the reply.

I need to dative (viewfinders) only nightvision and thermalvision. It give single out?

Sorry I don't understand what you mean - could you explain better?

For Autumn Aurora 2. Only scopes nightvision and thermal. If I will add shaders, then it will spoil ENB.

It give single out? Only scopes?

Well I don't port or adjust anything to any other mod myself at the moment, but you could certainly take from my shaders what you like/need and modify those features yourself if you have some shader experience. Just please don't forget about giving proper credits then.

Will this work with Autumn Aurora ENB version?

Can't say, haven't checked, but I'd guess you'd have to do some work to make it run together with ENB.

Same as above - I don't have the time to port anything - but of course you're free to do it yourself :)

Where do I put the user.ltx file for a fresh installation?

what version of windows do you use?
should be in this folder C:\Users\Public\Documents\stalker-shoc i think

hmm... This mod seems to make every loading time longer (for me atleast). It gives me a black screen on startup, which just stays there for 1-2 min. Then again when I either load or change settings.

Yes, it does - as do many other mods as well!

The problem with SoC (unline CoP and CS) is that the engine initializes the shaders everytime you launch the game, load a savegame, or change some graphic settings via menu (not using the console). As this is mod doing more than any other mod shader-wise, longer load times are to expected quite frequently, and longer than in most other games.

There are two things you can do about this: 1.) optimize your system or get a newer machine, best is a SSD drive, or 2.) disable some of the shader settings, such as wet surfaces, sun shafts, lens flares, or visor drops, or lower their quality settings.

Why is it that disabling DoF disables nearly all the features DS has?

For example, no DoF disables sun-shafts and visor.