The board of directors have decided that it's time for the corporation to take a more active role in the conflict. Download the latest upgrade to your battle software Operations Officer.

Welcome back operations officer. Twisted Insurrection version 0.9 was unleashed at the end of last month, however the news post was delayed till now. So let's wipe away the dust and bring you up to speed. The team has been hard at work since the release of 0.8 to bring you quite possibly Twisted Insurrections biggest overhaul to date.

Click the button below to head straight for the download, or stick around to see what's new in the release and what's in store for the future.

The long-awaited game update has been released, filled with hundreds of new additions, fixes, and changes. Most are bugfixes and minor QoL additions, but what we're most excited about are the major changes which we're highlighting below.

Perhaps the most significant change in version 0.9 is the introduction of 5 new playable factions and one survival mode mini-faction.

Over the years GDI and Nod have accumulated several units with overlapping roles. Knowing that several of these units are quite popular and not wanting to outright cut them, we've decided to split our two main factions into two sub-factions.

Those that have played the campaign will recognize that some of these sub-factions are already featured in the story, so it only makes sense for them to finally appear in multiplayer as well.

Note that the sub-factions will replace GDI and Nod in standard multiplayer modes. If you don't care about bloat and just want to play the game as before, then fret not. The Unholy Alliance (UA) game mode has been repurposed to cater to your taste. UA lets you play with an almost full GDI or Nod arsenal, with overlapping units being removed. 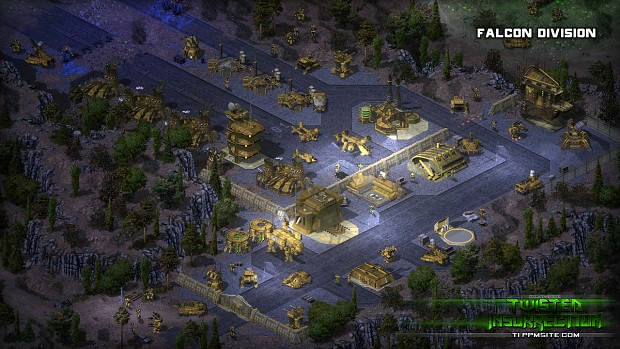 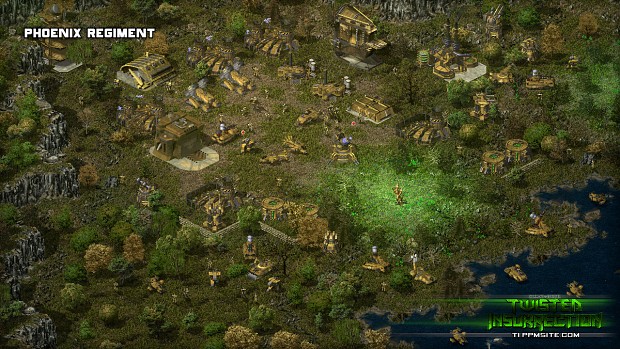 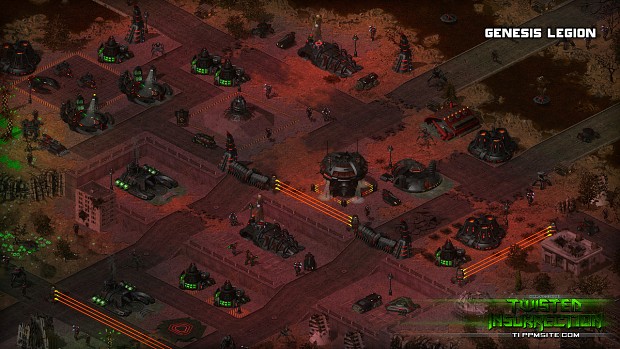 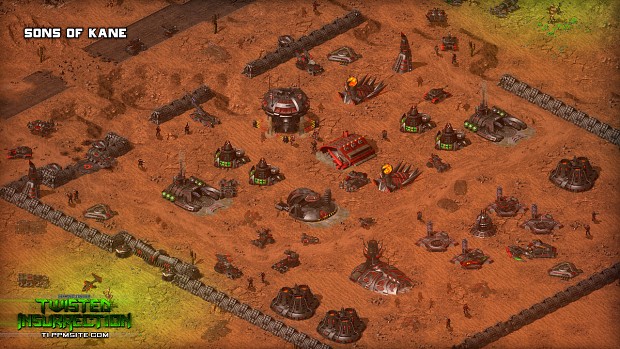 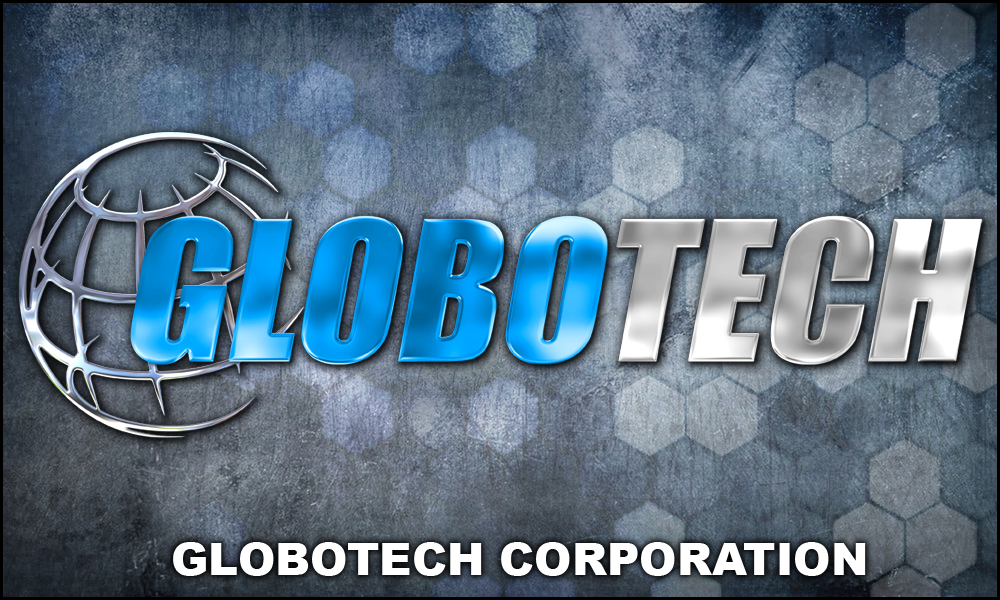 GloboTech is now available as a full-fledged multiplayer faction. This has been an increasingly popular request ever since the faction's inception. Now that wish has been granted, with GT available in all game modes. 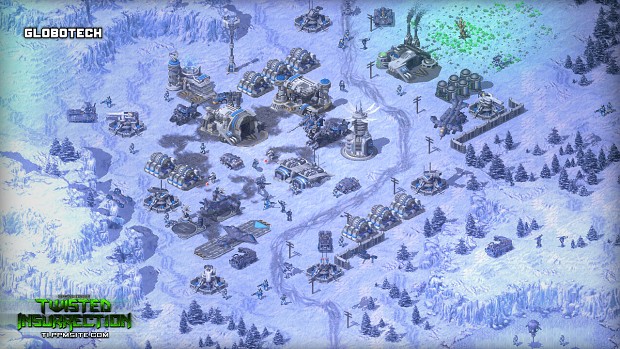 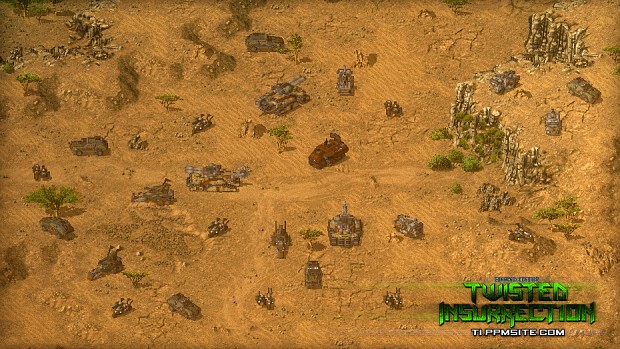 The Forsaken have been slightly elevated from their passive "Tech Faction" status. While they're still far too limited in numbers and resources to wage a full-scale battle against the three superpowers, you can now play as Forsaken in Survival mode. What's more fitting for a scavenger faction than fighting over precious supply crates?

Cutscenes have always been a defining feature of the Command & Conquer series. Unfortunately, the VQA video format used in Tiberian Sun has been a bane for modders to work with, both due to low video quality and painstaking encoding process.

Here's a little graphical comparison between the two. The frame is from this new cutscene. 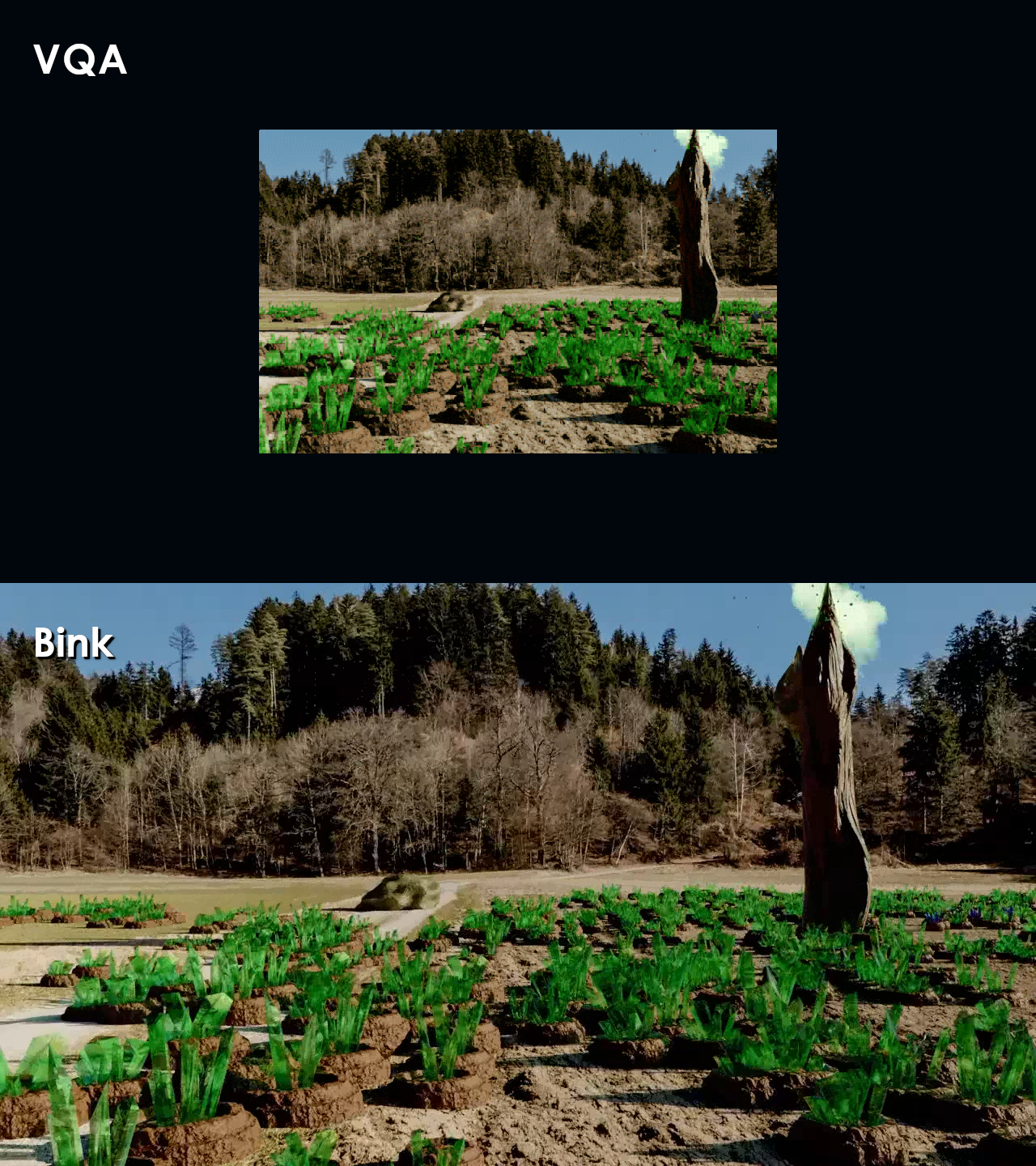 0.9 has two new tracks by Swirekster and one by our newest composer LupusMechanicus:

In addition, TI's project founder and former lead developer Aro has made a guest contribution by remastering TI's legacy tracks, including one never-before-seen lost track, Repentance.

New Infantry & Vehicle Art:
New infantry sprites by Swirekster and Demo, a public asset by Machine, and cameos by ErastusMercy. New and/or updated vehicle graphics by martx, ErastusMercy and Demo:

This update comes packed with a new graphics option, ReShade. ReShade enhances the in-game graphics at runtime, allowing you to apply various visual effects such as colour correction, bloom, god rays, and more. Use the shipped presets or make your own profile with the easy-to-follow in-game tutorial.

Read more about ReShade at reshade.me

We plan to continue to tweak and refine the multiplayer balance, building upon the foundation version 0.9 has provided.

As we've mentioned before, one of our main goals for the future is to revise the GDI and Nod campaigns, which have fallen behind our quality standards. In order to rebuild the campaign, we have to lay down the groundwork first. That is why in version 0.9, we've largely focused on the balance and multiplayer side of things.

We've learned the hard way that multiplayer has to be finished first before focusing on single player. For example, introducing the sub-factions alone caused every single mission to break, and fixing them took countless hours over the course of several months. Even seemingly minor things like adding or removing passenger slots from a vehicle can have major consequences for missions. Of course, we can't and shouldn't totally avoid future changes to the gameplay (especially with such promising engine extension projects as Vinifera on the horizon), but the smaller the changes, the less rework it will require for the single player campaigns.

As with all our plans, achievements and changes are subject to time and ability, however our aim for the near future is to release:

With the release of 0.9, Crimsonum – lead developer since 0.7 – has resigned from the position. He's now taking an advisory role so that he can focus on real-life responsibilities.

But it's not all doom and gloom! Since the release of 0.8 we have been joined by several new members: martx, Demo, FekLeyTarg, LupusMechanicus, with contributions from McPwny and Haiheadder. They, alongside team veterans, have lent their talents towards this release.

Managing and developing a large project like TI takes a lot of commitment and time: a luxury that our small team doesn't have. That's why we're always looking for more helping hands. More contributors means we can produce content faster.

If you're good at any of the below, please consider helping us out!

In the meantime, if you'd like to see more previews and news in the future, consider joining our official Discord server, our most up-to-date social media channel.

Cool, I was curious about the campaign, guess I'll wait until the revamp to play it.

not that hes literally dead but as you can see in the article that he is stepping down as lead dev. he was basically the 1 guy that managed to make consistent updates on the game despite having a sparse and/or dysfunctional dev team so it is kind of a big deal

I'm new to TI. Why can't I select Nod when playing Skirmish? I can only select the sub-factions, and the same goes for GDI too. There's one more faction that I can not select, maybe the Forgotten faction? I dunno, question remains: why?

Base GDI and Nod factions are moved to Twisted Dawn game mode, while Forgotten can only be selected for Survival game mode.

Hey there! If you want to play an unified Nod roster, Unholy Alliance Game mode would be for you. :)

As for the Forsaken, they're only partially accessible: either by playing Survival gamemode or capturing the neutral buildings some skirmish maps provide.

My dude, the answers you seek are in the article above.

Anyway, the traditional Nod faction you might be looking for is "Sons of Kane", while Twisted Insurrection's take on GDI is the "Falcon Division". The "Genesis Legion" is basically their cool interpretation of CABAL's faction, and the "Phoenix Regiment", to me, is kinda like Steel Talons from C&C 3: Tiberium Wars, except without Titans or MRTs, and they have Jump Jet troopers instead, which are important for their gameplan.

Are snow theatres back?! If so amazing

Already updated as i have checked

Globotech is pretty great i think. Nod was always my first and GDI a close
Second. However playing against them both as Globotech is wonderful.
Feels like im some rich fanboy that is praising his idols, with kinetic force.

Where is the best place to report bugs, on the forum or Discord?

Please make Forsaken a full fledged side like GDI and NOD.And make them playable in skirmish.

Finally got to play 9.0, amazing stuff (no less was expected from TI, really). However, there's one question: does GL really have no access to any mobile sensors, or am I missing something?

Currently their only sensor is on the radar.