The newest update to Twisted Insurrection (Version 0.39.1) is now available to download via the client or on numerous locations around the web, check out this news article for more information on the update!

Hello ladies and Gentlemen, today we would like to announce that after a few unexpected delays, we have now officially released the newest update for Twisted Insurrection, Version 0.39.1.

Twisted Insurrection 0.39.1 features a long list of changes and additions, some of the most notable changes are large alterations to the balance and functionality of a number of units in the game, mostly made based on the input from our fans and players. Here are some examples of some notable changes based on public input:

Nod Mission 16 and [8] The Finale have been modified greatly to vastly improve it's overall performance on a number of systems, it should now run lag-free for players on all kinds of operating systems and machines.

Cyborg Reapers have been entirely revised in terms of their weaponry, they still maintain the split-missile logic, but are more effective against ground targets and have been vastly improved for their role as an anti-aircraft Cyborg, their anti-aircraft weaponry is now faster and more effective than before, making them much more useful than they previously were. Speaking of Reapers, their new theme song, Reaper Raid, is also a part of the update!

Alarm Sounds from various units and structures have been completely erased due-to complaints that they were irritating after a while, which all of us on the TI Team came to agree with quite a long time ago, you will no longer have to listen to some annoying alarms whenever there are enemies within the vicinity of your base.

Many new Base Props have been added for our well-recieved Base Props mode, these include faction-specific light towers, light posts and banners. Currently in 0.39.1, only Nod are able to construct banners due-to us running out of time, but GDI versions will be included in our next update. 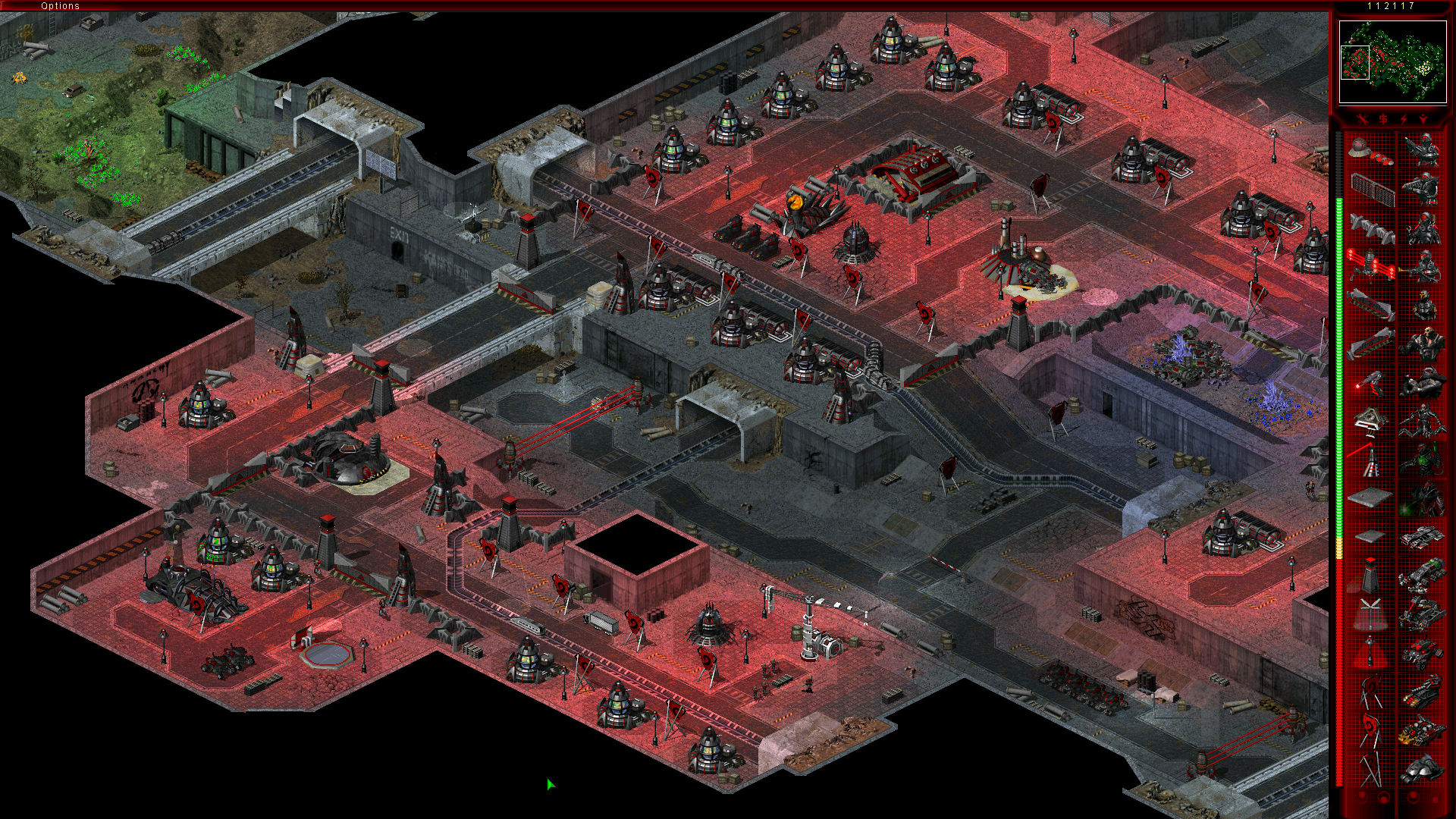 An annoying problem that caused the game to crash in some instances while playing the Ultimate Insurrection game-mode has also been fixed, this error was caused by too many units flooding the sidebar overwhelming the engine's limitations causing the game to result in internal errors. This has now been fixed by disabling some of the Tech Units available in the game modes.
We have also fixed this error on a few of the other new game modes, including a new game option for the skirmish menu that gives you the option to disable Tech Units entirely, entirely optional of course. 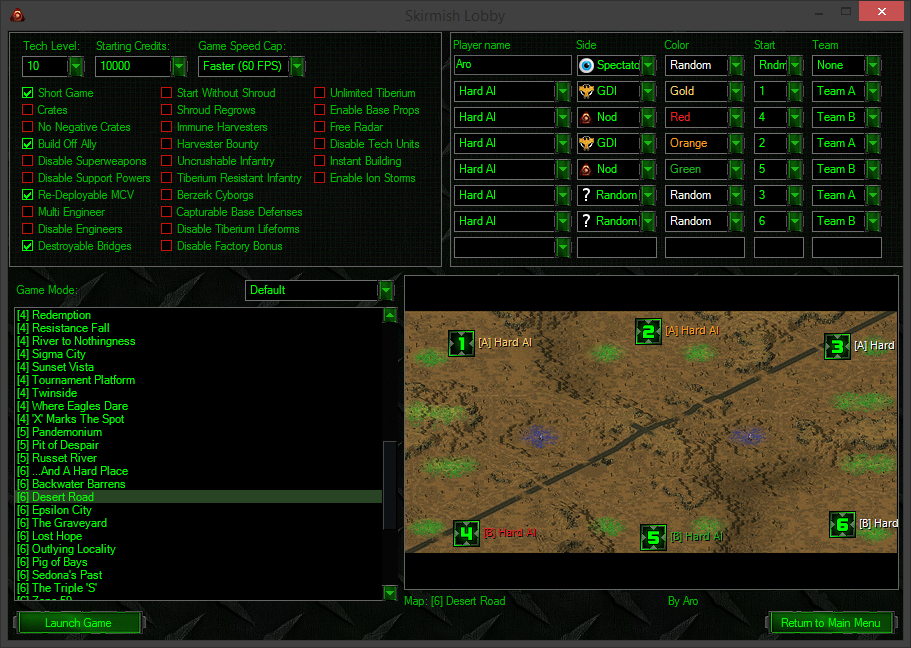 The Twisted Insurrection Client has also received some improvements and updates:

The Client has been thoroughly tested and confirmed that previous bugs found in the last version have been eliminated, though new ones may still linger, there are none that we are aware of, so this is good news! 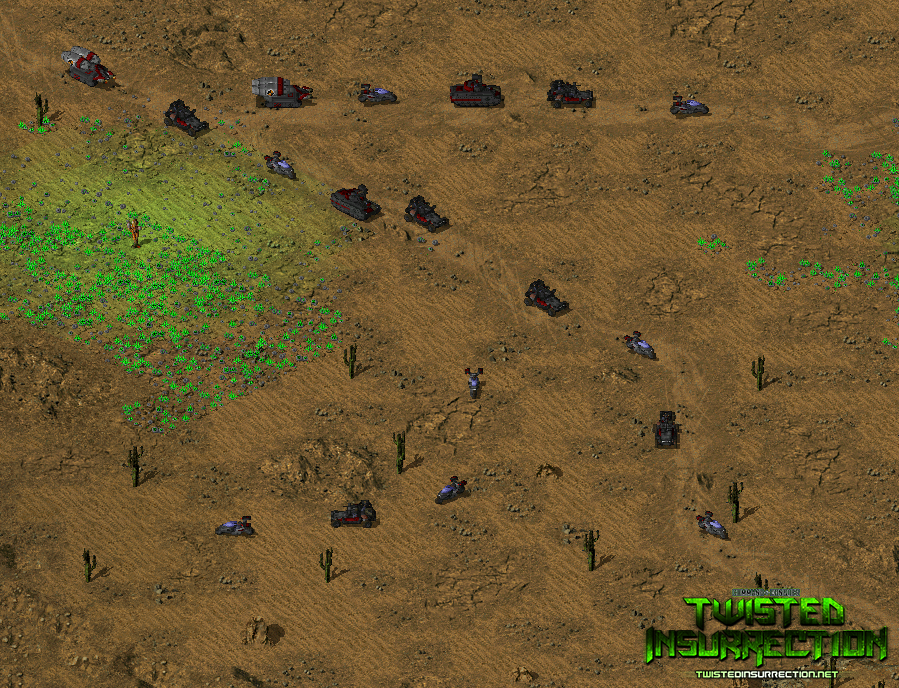 Those are some of the most important changes to the gameplay since 0.39, but there have been many more, both major and minor, adjustments to the gameplay too, including new additions to our Soundtrack, graphical adjustments and more overall gameplay changes, incluiding improvements and bug fixes to our campaigns. For a complete list of changes, check out the 0.39.1 changelog here.

If you are one of the few people that seems to have problems downloading the update via the client, all of the links to version 0.39 have been updated to include the complete version of 0.39.1, so you can simply redownload the complete ZIP archive instead.

Thanks for reading ladies and gentlemen, and we apologize again for the delay on this update, we know we claimed that it's release would be sooner than this, but unexpected delays are always a possibility. Have fun!

nice gonna build a base with the new props, thanks for the awesome work guys ^^

Will LAN pop in again in the foreseeable future? I still have no internet at home.

I don't have active plans for coding in LAN support. I may do it one day (within the next couple of years), but don't count on it -- right now I have a long list of more important features to implement for the client.

maybe a dedicated fan with the ability to code that will go to the creator and offer their service to code it in.

Reaper Raid has such a "Golden Era of Videogaming" vibe!
Thanks for the updates and the Nod finale.

you sir are a legend.

Yes. This can be achieved only by Nod. So please visit your nearest Nod recruitment centers today.
SUPPORT NOD. SUPPORT KANE

Crashes all the time in both campaign and skirmish.

What system are you running it on?

Also, are you running the mod with Administrator Privileges? And what Renderer are you using from the options menu?

Win 7 with admin. 1080p. Not sure about renderer, i think the one that was by default.

TS already has a great atmosphere but TI takes and intensifies it a lot by keeping its own style. This Mod is an astonishing piece of work!

And every time I visit your mod page the TI team surprises me. Yeay base props!