We talk about what the Foxhole dev team is working on including Town Garrisons, the Patrol Motorcycle, and more!

From the start of the project, we've always wanted towns to be naturally defensible locations. In some ways this is true already, but the cramped nature of towns makes sometimes difficult to build structures like Foxholes and Pillboxes. To help players fortify themselves in towns, we are going to be adding a new feature called Town Garrisons.We will be adding special world structures, like houses and other civilian structures that can be garrisoned. Once garrisoned, these structures essentially convert into multi-directional passive defenses that are naturally built into the town environment and don't take up additional space. These will make it a lot more dangerous for enemy attackers to maneuver within a town. 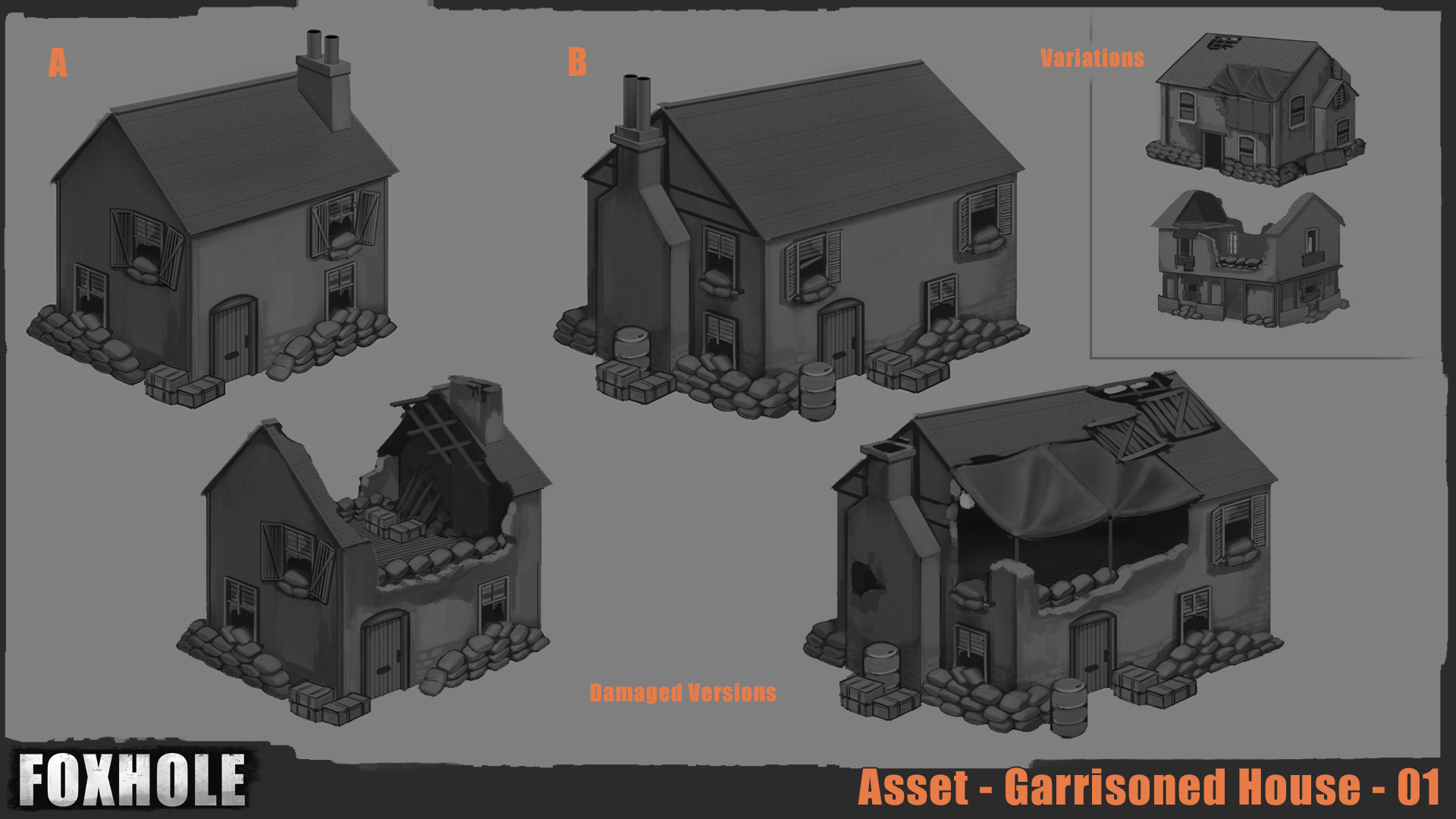 In addition, we are designing these special town structures so that they have second floors, allowing players to occupy these buildings and gain a high ground advantage when defending against invaders. The garrisoning process is much like claiming a town hall. You approach a structure to be garrisoned and erect a build site. An enemy garrisoned building must be destroyed first before it can be reoccupied by a friendly force.

The next vehicle we're adding to Foxhole is the Patrol Motorcycle. This will be used primarily for reconnaissance and will be the fastest form of transport in the game. 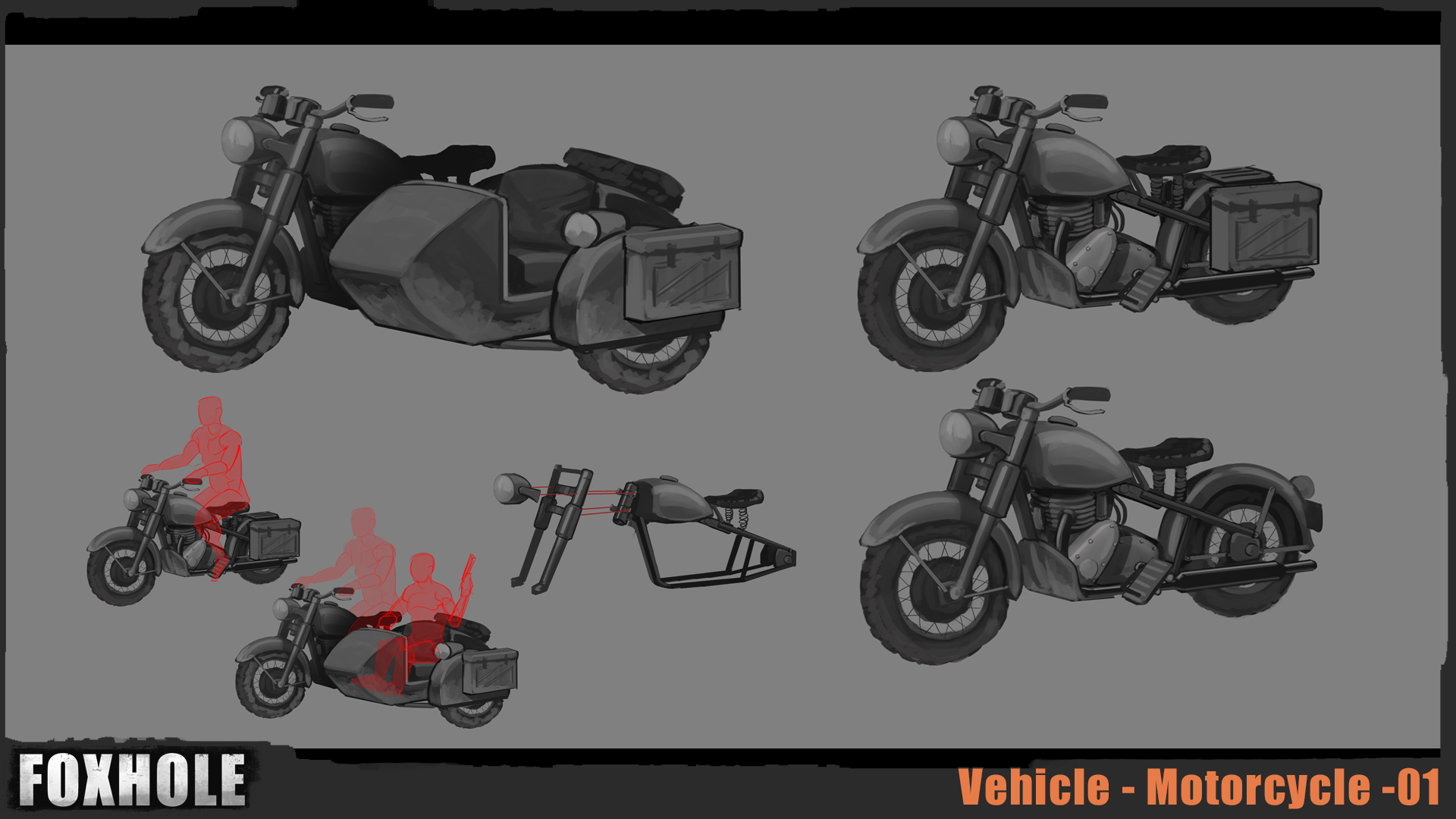 Conceptual stage version of the Motorcycle

The Motorcycle will support a driver (on the Motorcycle) and one passenger (in the sidecar). The sidecar rider will also be able to equip and use items like the Pistol, Revolver, and Binoculars. 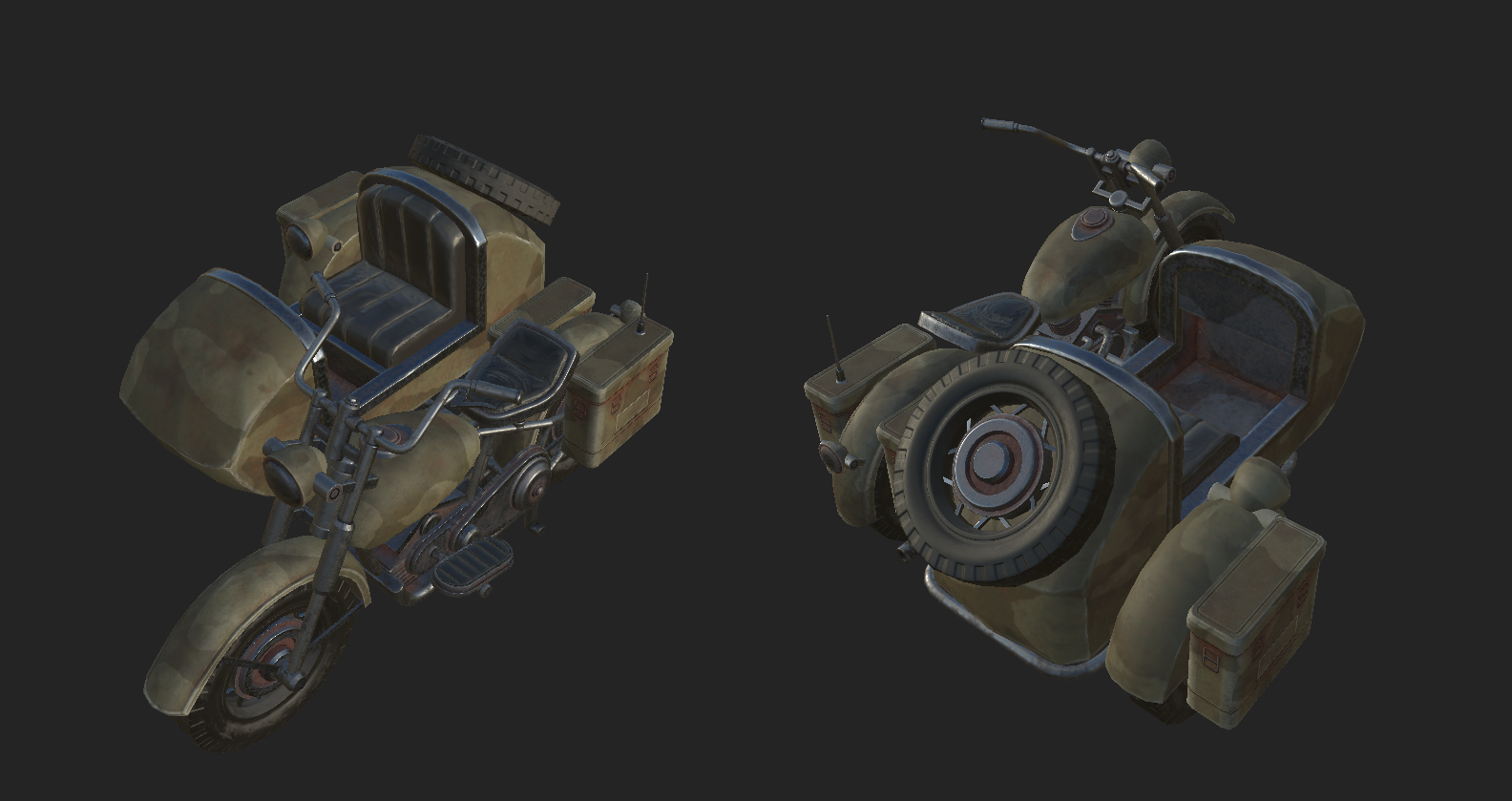 We were motivated to add the Patrol Motorcycle as the next vehicle in Foxhole for two reasons. First, it's been awhile since we've added any sort of reconnaissance tool to Foxhole, the Watchtower being the last one. Secondly, we wanted to build out the system that allows players to equip and use weapons from a vehicle. 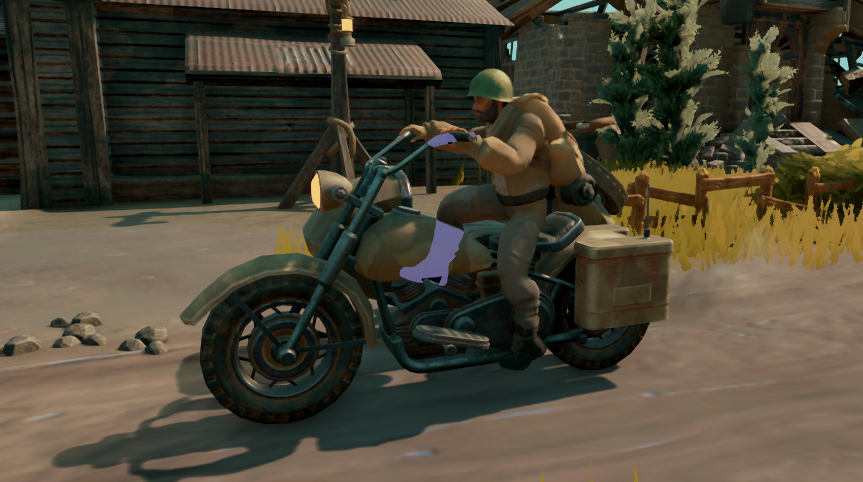 Character animated for the Motorcycle

At one point we had played around with idea of other reconnaissance vehicles, such as a jeep or some sort of lightly armored car. In the end, we opted for the Motorcycle to provide an experience that's really unique to anything else in the game right now. We may come back to revisit some of these other ideas for recon vehicles in the future. 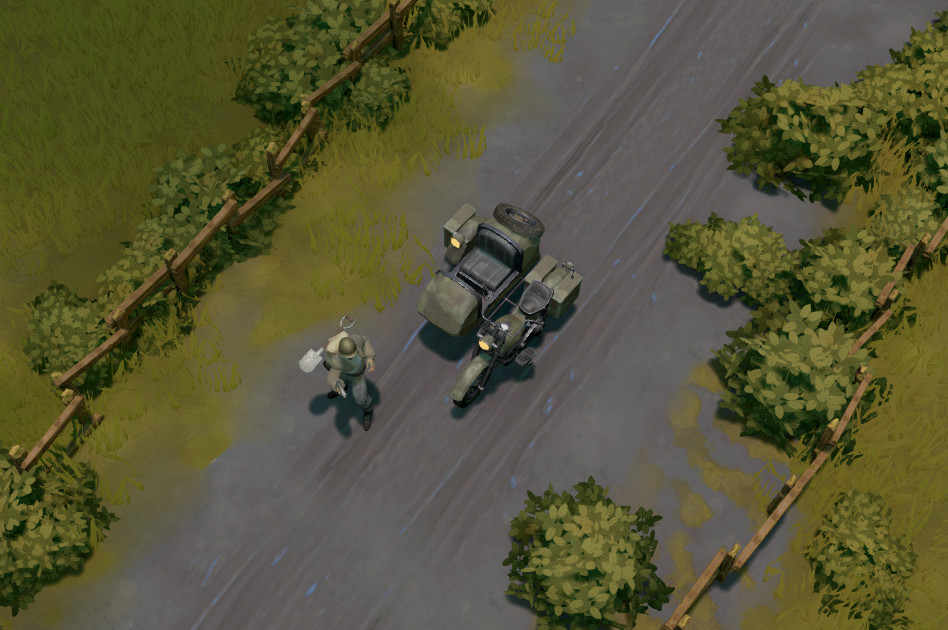 In-game screenshot of the Patrol Motorcycle

This vehicle is still in the high concept design phase, but it's something we've been thinking about for awhile. The harvester is a vehicle dedicated to gathering scrap and components. We wanted logistics players to have ways to specialize at certain tasks like salvaging as a war progresses.We'll have more details on the Harvester in the in the future, but for now you can enjoy these early concepts. 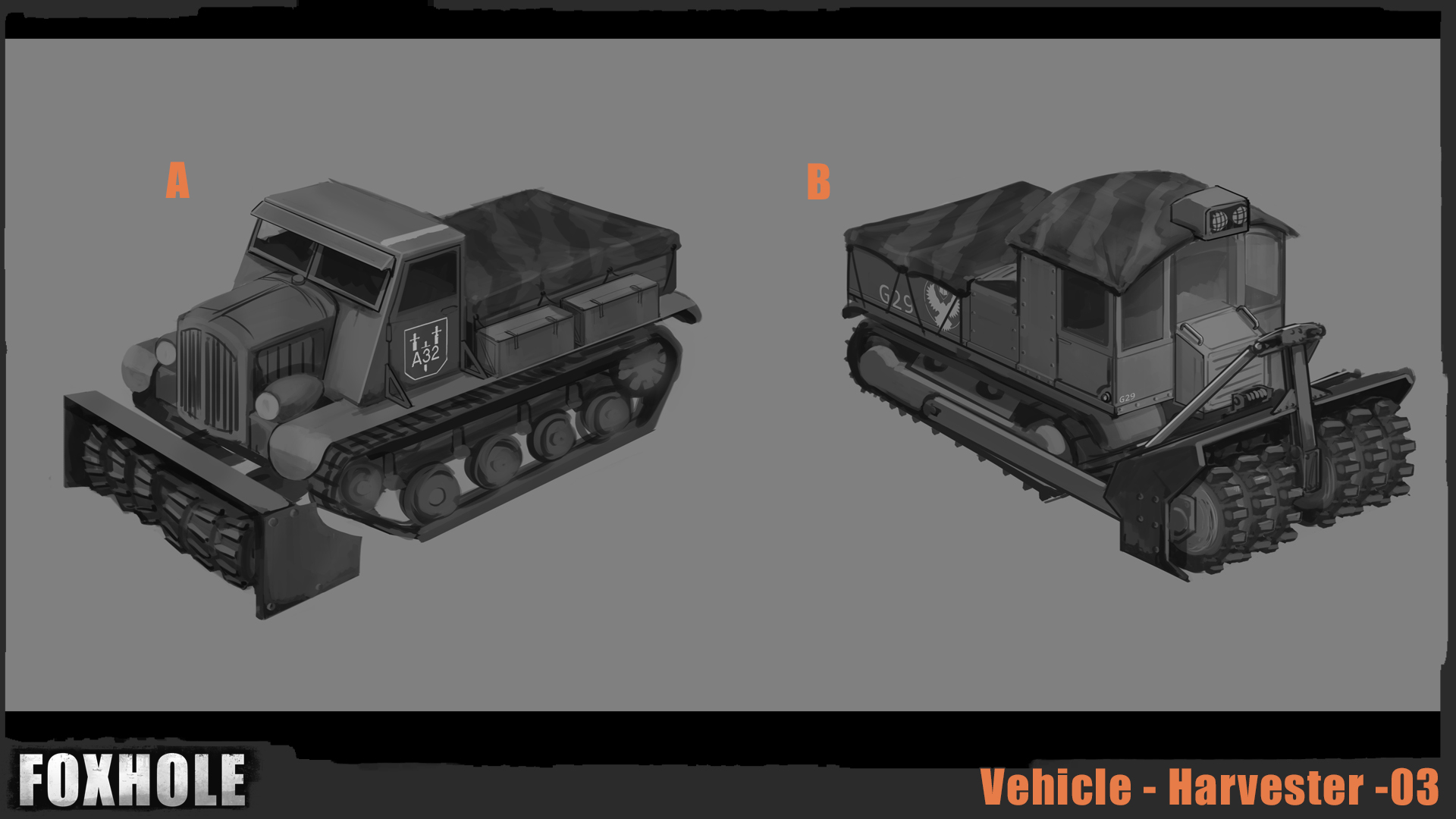 Early stage concept for the Harvester

Redesigning the characters in Foxhole has been a long journey for us and it's become a topic on our Devblogs for the last few months.In our last update, we were at the point where we had a finished 3D model of the new Warden character. Now we've finally reached the point where we got the model rigged and imported into the game with some basic animations implemented. We we're really stressed out about this step for long time because our previous attempt at revamping the character failed at this exact stage. We've been harping a lot on this during our Devstreams, but there's something very specific about the look and feel of characters in Foxhole that we don't want to mess up. It was a big relief when we finally saw this current design iteration in-game, because it preserves the feel of the existing character, while offering a brand new and more polished design.Here is a screenshot of the new in-game model in several different animation poses. 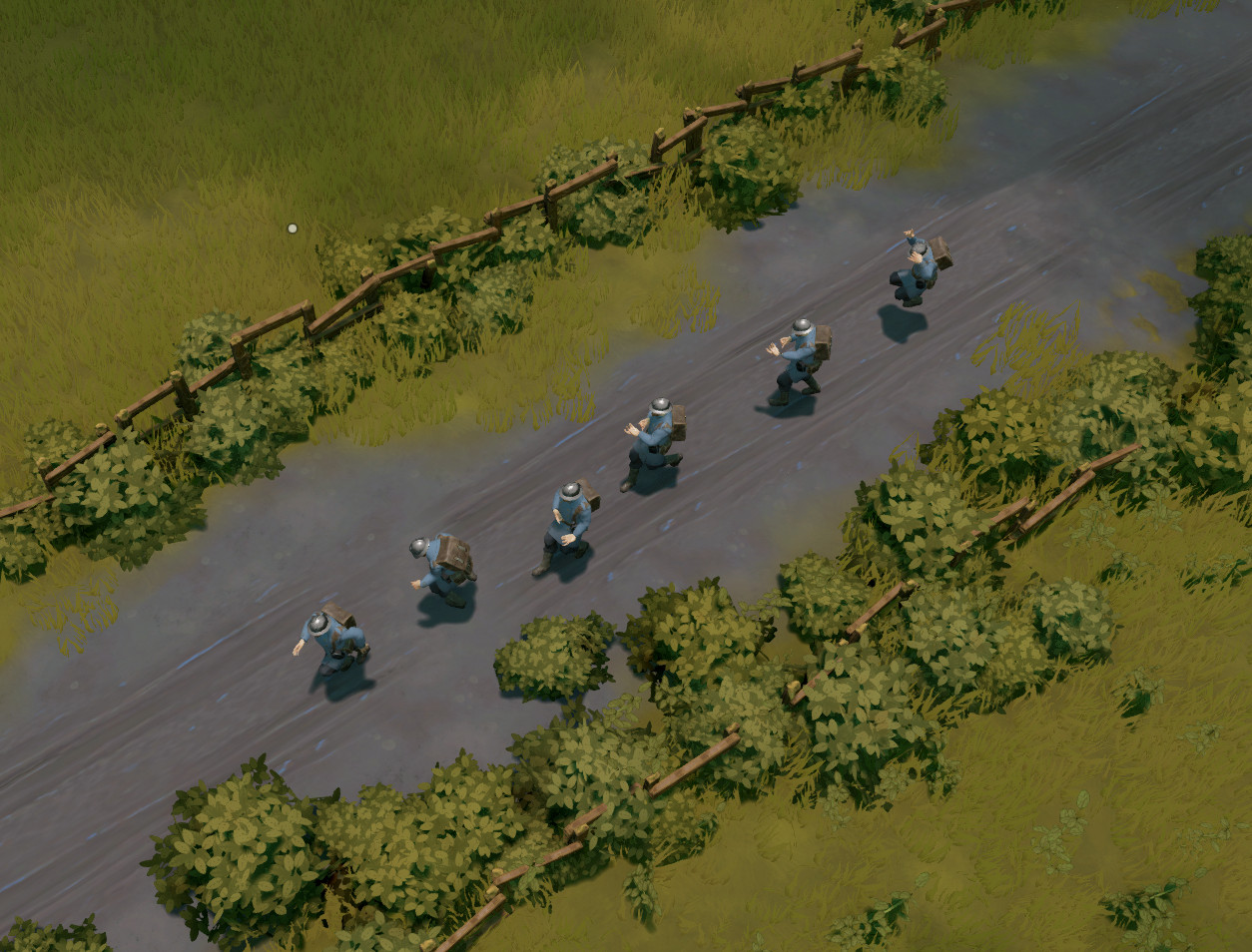 Day 1 of PAX is over. What surprised us this time was meeting so many people that have played Foxhole already. We met a lot of players that had a lot of nice things to say about the game. Thank you guys for all the support and encouragement! 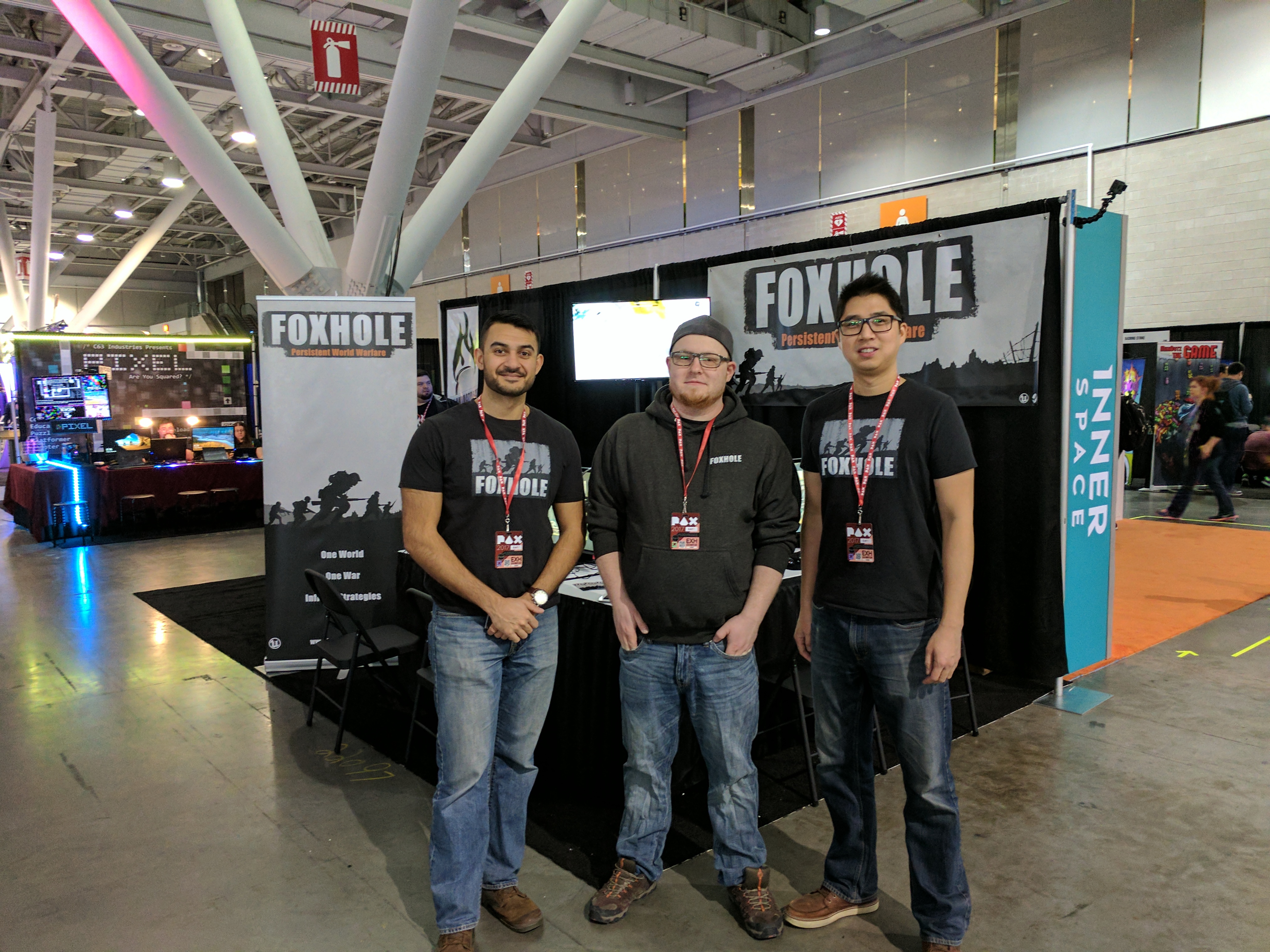 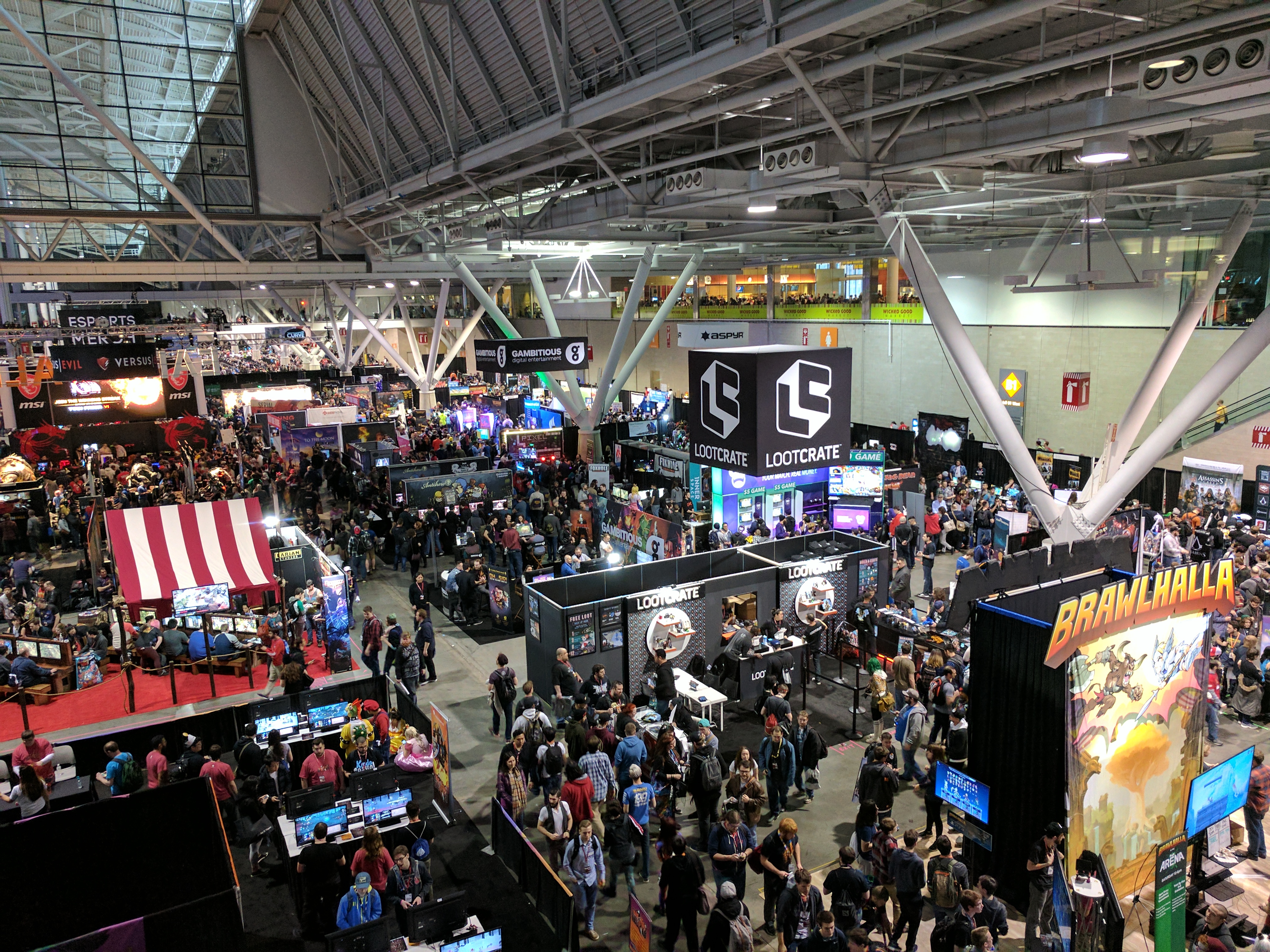 This is how insane PAX East is (this is only a small fraction of the show floor. Can you find our booth? 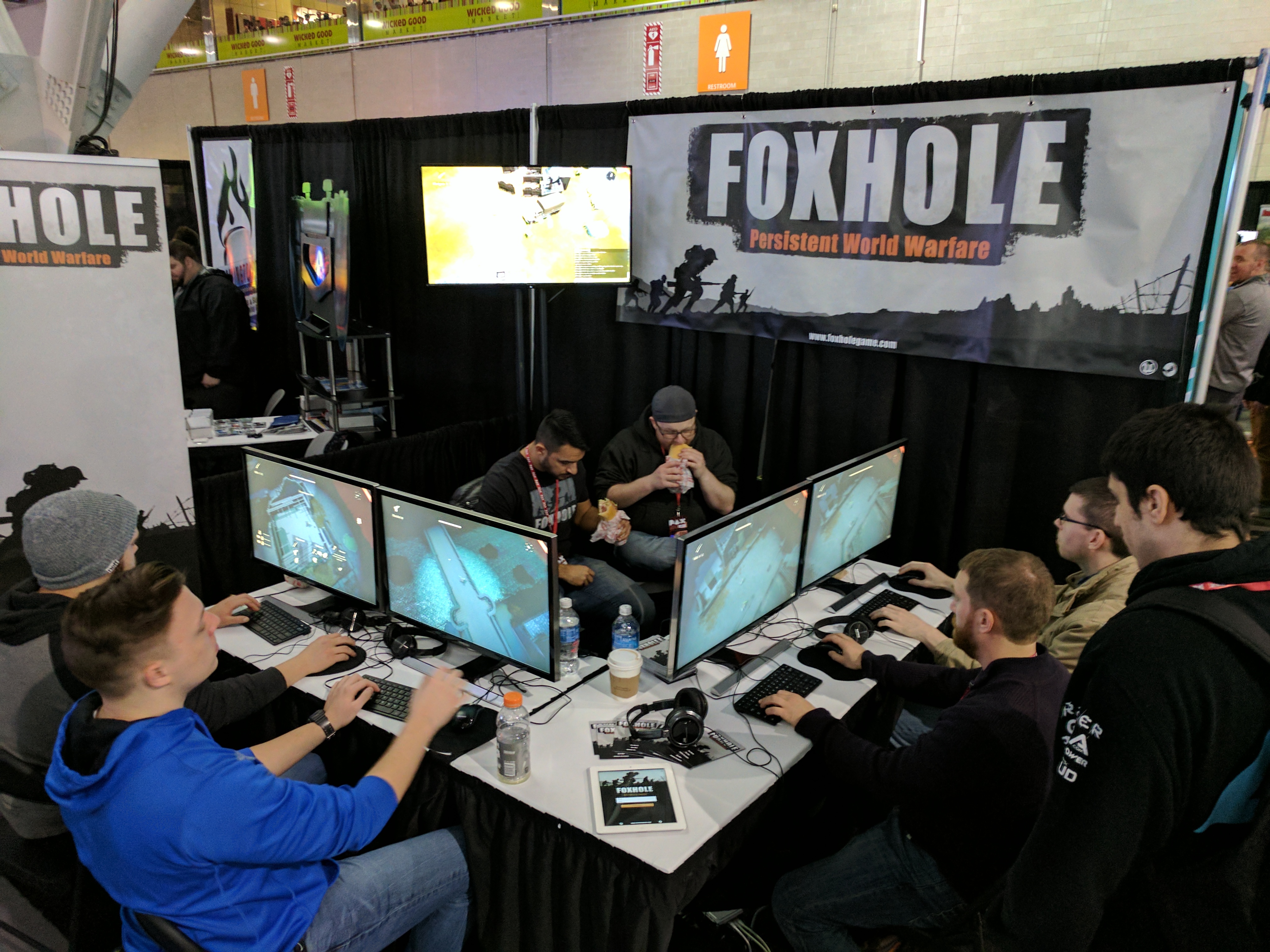 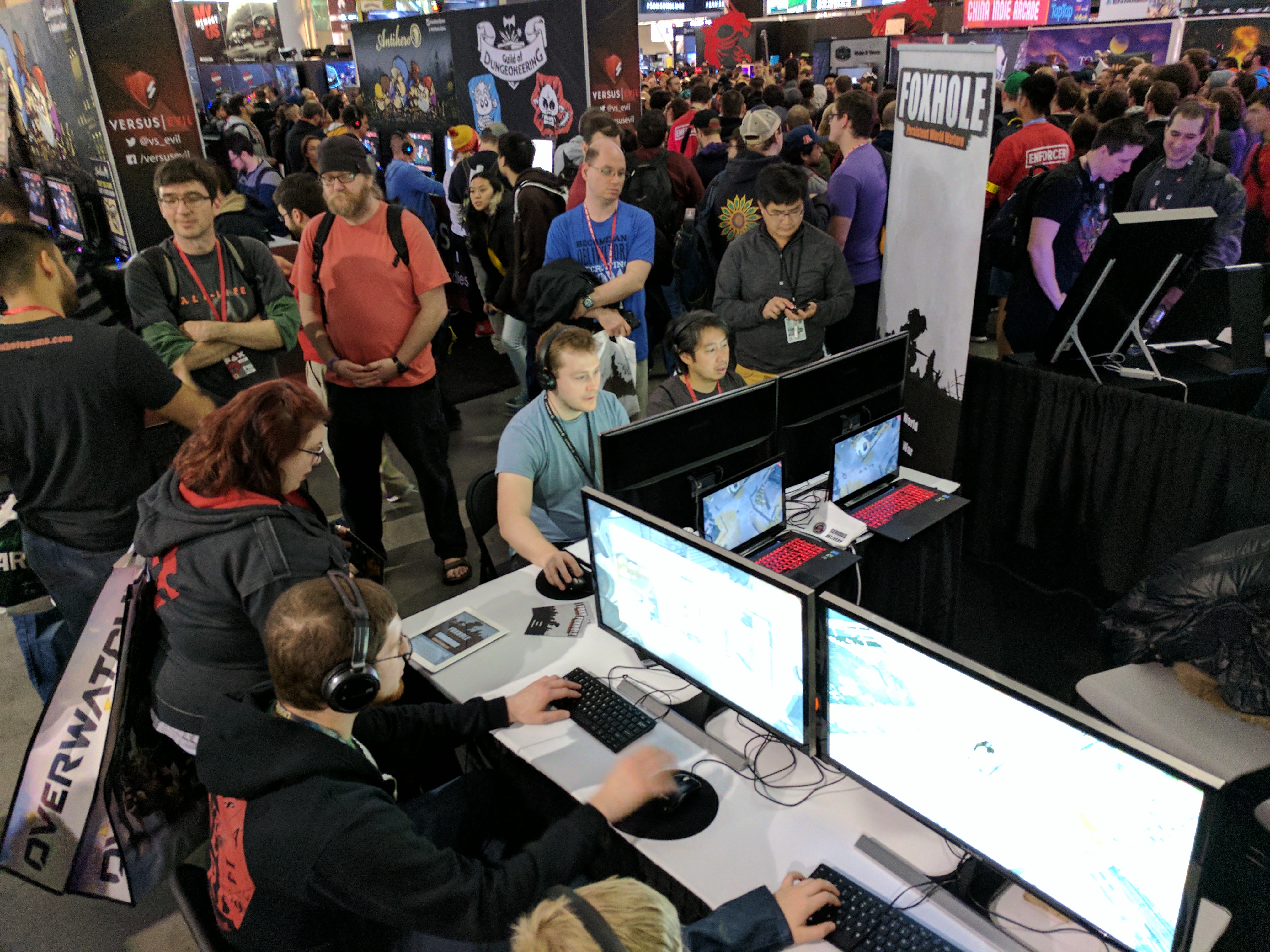 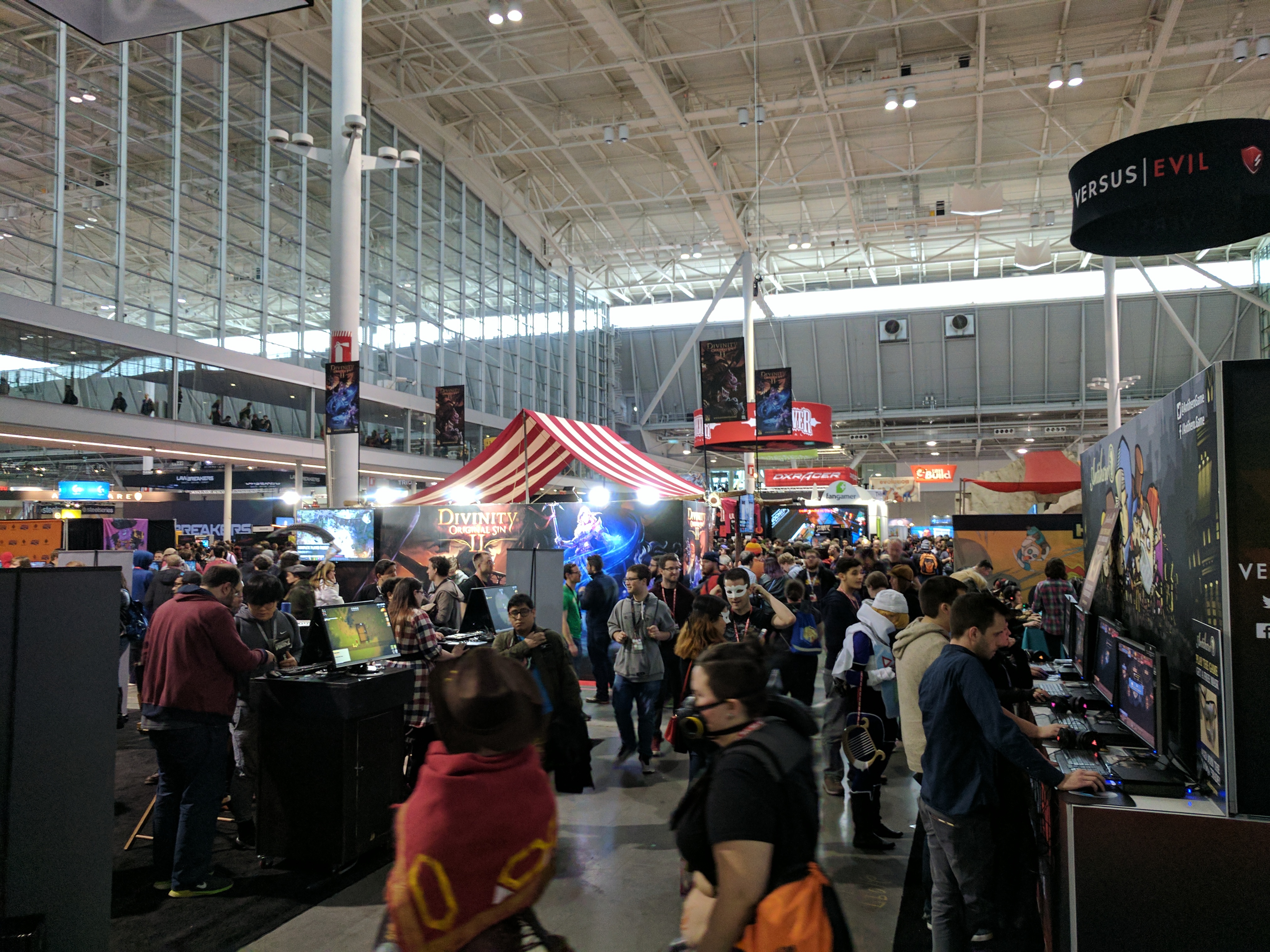