Now here I would like to tell you a little bit more about Timexpress. The idea was to make a game by rail. However, it should not only become no railway simulation, but by rail you should explore even more the world driving from level to level.

Of course, it is a railway simulator on the one side. You are able to do more or less everything
what you can do with a railway also.
You can put together your own trains, hang them on any locomotive and drive off with it.
Your world is absolutely open, you can stop everywhere, leave the train, driving on with the next train,
the carriages uncouple and get other carriages, and still something more.
In addition there is a company work with a turntable, so you can leave all locomotives in the roundhouse. 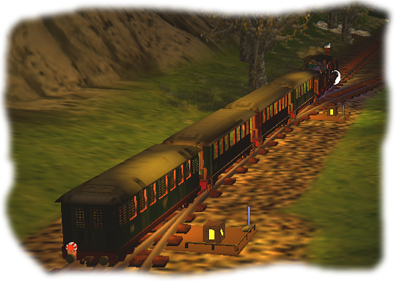 On the other side you can explore your world, however, by walking from level to level. You find a sword, you can find Items,
a village rebuild, and still something more. Still many things are planned, in the topical release yet
are included. 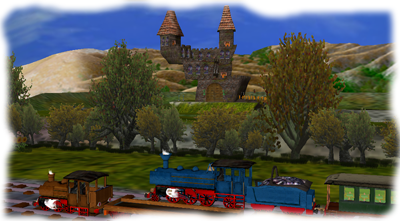 At the moment you have a railroad engine and three carriages by which you can try out the game
If you are out from the company work, you have two levels in which you are able to drive round. In addition it is
entrance to the freight depot and to the locomotive cemetery.

There are topically already some level more, moreover, already some locomotive and carriage, in the topical release
yet are not included. This comes later.

The next release is planned in a few days. Some bugs are fixed and levels are updated a little bit.