Quick updates on Imperial Civil War 2.2 and Ascendancy 0.9, as well as an announcement on branding changes.

This news post covers information for both mods, but there have been several questions about what's happening with ICW2.2 so we'll start there. We've had a few bits and pieces available to test on our forums for a while now, however our focus has been on finishing the first release of Ascendancy. With that coming next friday, I'll move back to splitting more equally between the two as we accumulate feedback and make decisions for the future versions of Ascendancy. There have been other causes for delays, most prominently that my copy of the program needed to rig for Empire at War (necessary for adding the new PA and EotH units, as well as any Original Trilogy era content for that GC) was screwed up by Windows Update in a way that seems fairly insoluble without reformatting this computer which I don't really want to do, so I've managed to make other arrangements which should at least function as a workaround. 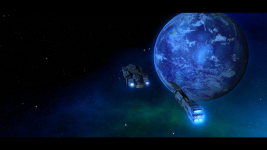 Secondly, the main prompt for this post, is the decision to have a minor rebranding of Ascendancy. Ascendancy has been officially renamed to Thrawn's Revenge II: Ascendancy. This may seem pretty trivial, but it's meant to address a few things which have come up rather frequently. It makes it easier for people searching for the mod to find it. It used to be a little odd that every outlet for Star Wars: Ascendancy was called Thrawn's Revenge. Our site, forums, facebook page, youtube channel and twitter all just said Thrawn's Revenge, which has made it a bit more challenging for new people to find information and made Ascendancy seem tacked on as opposed to being in the same "series." With the new name change, this should hopefully be resolved. 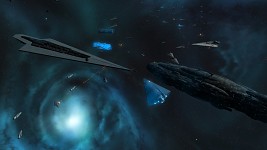 The other reason for this change has to do with content. Before, Ascendancy and Imperial Civil War were essentially perceived as two parallel mods that just happened to be made by the same team, when in reality Ascendancy is, if not the sequel, then as close as that term can possibly come, which should again help with people who are new to the mods, or are coming to one mod from the other. While there are a few differences in what's included, notwithstanding the obvious changes from the fact that they're based on different games, the content being covered in each is heavily based on and influenced by the other, and Ascendancy is essentially an extension of what we wanted to do in Imperial Civil War in what we honestly felt was a more suitable engine. So, hopefully that clears up the divide between the two mods and explains a bit; if you're waiting for ICW2.2 we hope you'll give our initial work on Ascendancy a try, and if you're waiting for for Ascendancy we hope you'll enjoy ICW2.1 in the meantime.

Finally, I want to reaffirm that Ascendancy is still scheduled for the first release on Friday, February 6th.
Until then we've been posting our test games
on youtube, which we've all been enjoying and getting pretty good feedback on, so it seems likely we'll continue doing that for previews as we add new content for both mods.

As ever, we're always looking for ways to improve, so if you have any feedback, suggestions or requests for Thrawn's Revenge (either one) feel free to let us know.

"Friday, February 7th" Seems like a mistake, I'm pretty sure you meant the 6th?

Yeah but the 7th sounds cooler.

I made a concerned reply, but never mind. I read back over the date, and indeed it has been fixed... Jeez, for a second I thought it was coming out that Saturday instead of Friday.

should release on Friday 13th. but quick question are we going to see the new republic or eoth trailers?

New Republic trailer was underway, but Jinz got busy and I really hated the dialogue I wrote so we weren't able to do it in time for the beta (and we didn't want to delay the release so we could do a trailer). As for the Empire of the Hand, they'll get a trailer when we're working on their release.

thanks for clearing that up :). I come to this mod from your foc mod and am really looking forward to trying it out. I just wish I could help with modding but I don't have the skills.

Why is the Thrawnsrevenge Site down?

Network had a server failure, they're working on putting it back up.