After a few months of waiting for the full Release Candidate 4 and the releases of a few patches from RC3, including the most recent Patch 4, we have not show much of actual new content. While we have released many gameplay changes, most of the new and awesome things have been held back in order to give RC4 a nice and well deserved impact in the community.

First off, lets start off with Theed. P!ng has been working quite a while on this lovely location. Just recently, it has made its way into the testing phase but he believed it would be perfect timing to give the community the chance to have an early look. So keep in mind, things may change in the final version, even feel free yourselves to give P!ng some feedback here or on the forums!

P!ng wrote: Here's a preview of an upcoming map based on the urban Battle of Theed. I have to give Linds credit for providing information and inspiration for this, as this was originally intended to be an homage to his Theed streets map (for which he gave his blessing and support) but it turned into its own thing instead. The team members (Azu, Frost, Norman, etc.) have been providing excellent feedback so I really think this will turn into a fun and hopefully fresh MB2 experience.


And then of course, some screenshots. Have a look , click view original for the high res versions! 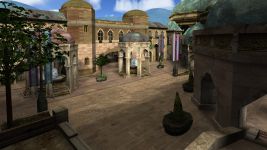 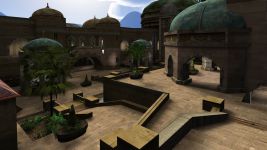 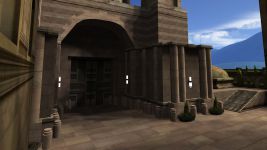 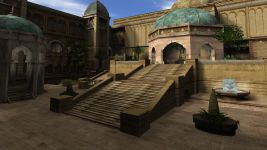 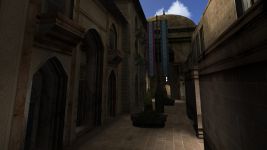 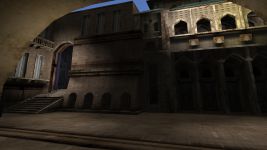 Next Up, Emperor's Lair. This one, is by myself (MaceCrusherMadunusus) which of course recreates one of the famous scenes in the movie. Lets let the screenshots and the video of the Emperors Death do most of the explaining. While I do attest that it is most certainly not as interactive as what you are going to see next, it is still up there. 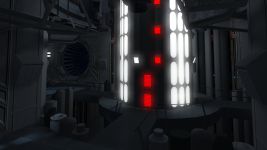 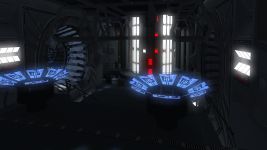 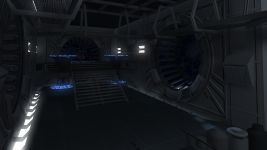 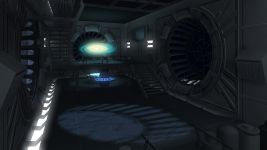 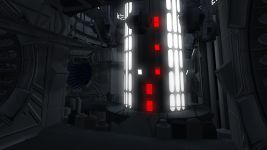 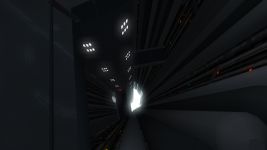 Now that that is done, have a look at the video of an effect created by Frost specifically for this map. Here's is what happens if you happen to fall down the chute as the Emperor himself. (Disclaimer: No, the Emperor does not actually fall in the video, its more or less a test to show you what is going on)


Next up, Republic Assault Cruiser. This third map here, is another one by myself (MaceCrusherMadunusus) in which the CIS is attacking a fleet of Republic ships defending the planet of Sarapin. First off, some gameplay images as well as a few of the map itself. Note though, this is not all that is available here, check the images section or even the MBII forums here for more! 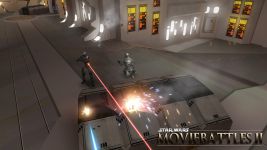 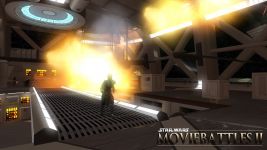 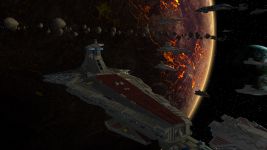 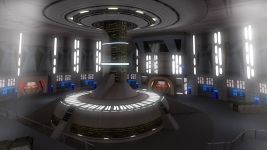 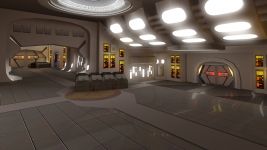 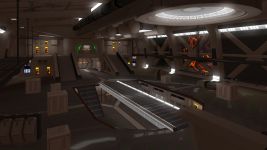 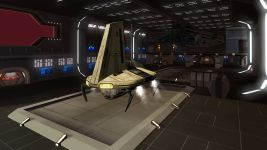 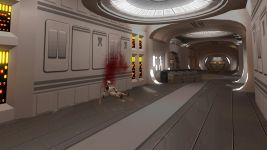 Now that you've seen some of the good moments of one of the test sessions we had on RC, I am going to explain and show you some of the map events, as well as the new Random Events introduced into RC.

Random events are actually fairly complex in how they work, but simple at the same time. The map consists of a set number of events it can choose from. At the beginning of each round, it chooses 3 as possibilities to be done at the round. After that, it goes to a yes/no possibility. Some events do not have that, to make them occur more often, but others do. After that, it goes to more randomizing, which then randomize which time period within the round it will happen. Meaning, it gets to be pretty hard to predict when these will go off on you.

However, quite a lot of them have audio and visual keys. Some, only have audio keys, so if you have turned your sound off, your loss.

There are also another kind of 'Random Event' that happens every round, but what is random about it is the intensity, sound effect, and timing. The ship is being massively bombarded by numerous ships. With this effect, you have a slight screen shake (you will notice it, but for me at least, it doesn't affect gameplay at all - it barely moves at all tbh) as well as a sound effect that plays with it.

Now, I will show you some of the random events that happen within this map. Starting with:


This random event has both visual (message) and sound cues. It is placed directly in main, meaning you need to pay a large amount of attention or else you will die by explosion or the vacuum of space. If you hear/see it is going to go off, you have 10 seconds to get to either side of the room behind the containment doors. From there, you have access to the lower maintenance area to pass.


The Objective for CIS/Imperials in this map is to cause the ship to self destruct. If that happens, Republic/Rebels have to attempt to escape in the escape pods. (CIS/Imps can do this too if they want) Be careful where you step though, these self destruction explosions can be lethal! Overall, I just think this is pure awesomeness and the perfect way to end a round through one team completing the objective. And thanks to some of Ace-Venturas code, if the CIS complete the objective, but the entire team dies the ship still self destructs and the CIS still win by completing the objective. Even with the delay before end round.


This one, is fairly unique and special I believe as well. This happens only when the map itself ends on the fraglimit, roundlimit, or timelimit. The Republic get reinforcements, and the CIS see the total destruction of the ship. This wont happen every round, so I hope this is used well with those rotation servers. If there is a draw however, nothing happens.


Plain and simple, hack the consoles, airlock opens then closes again. However since players are not in protective gear, they are sucked out and killed.


This event is pretty special. It lands itself on the secondary route to the bridge, which can give either team a slight advantage if there is access. This one has no real cue at all, meaning you have to be extra careful. The purpose of this event is to block the extra path, making you take somewhat of a risk to go this way. If it lands on you, you could quite possibly die pretty quickly. However, if you are on one side, you have the option to remove the debris with a quick bomb placement. Remember to get away after placing, else the explosion will kill you. After that, fire still remains in the way... but you can go through with a tiny bit of damage, just don't forget to stop drop and roll!

Now that I have told you of some of the multitude of events that happen in RC, I would also like to still tell you that there are more, however quite a few are simple. Another one is called Full Security where more of the turrets placed across the map are activated. They, however, can also be deactivated by another hack by the Secondary Objective.

Thanks for having a look, and I hope you enjoy some of the progress we have made in terms of levels going towards RC4!

This is the perfect example which shows that a team of modders can do a better job than an entire company... I'm literally speechless at the sheer awesomeness of this update.

looks awesome and its incredible that this is JKA..

This map i thought was started by sjc and i see vids from mace from 2008 this may take as long as darth norman did battle of coruscant :O