At the northern end of the Misty Mountains, where the ancient range met the Grey Mountains, stood a tall and storied peak...

In the Dwarvish traditions of the Third Age the names of the places where each of the Seven Ancestors had 'awakened' were remembered ... that of the ancestor of the Longbeards had been Mount Gundabad (in origin a Khuzdul name), which was therefore revered by the Dwarves, and its occupation in the Third Age by the Orks of Sauron was one of the chief reasons for their great hatred of the Orks. ... Though these places of awakening were far sundered the Dwarves of different kindreds were in communication, and in the early ages often held assemblies of delegates at Mount Gundabad. 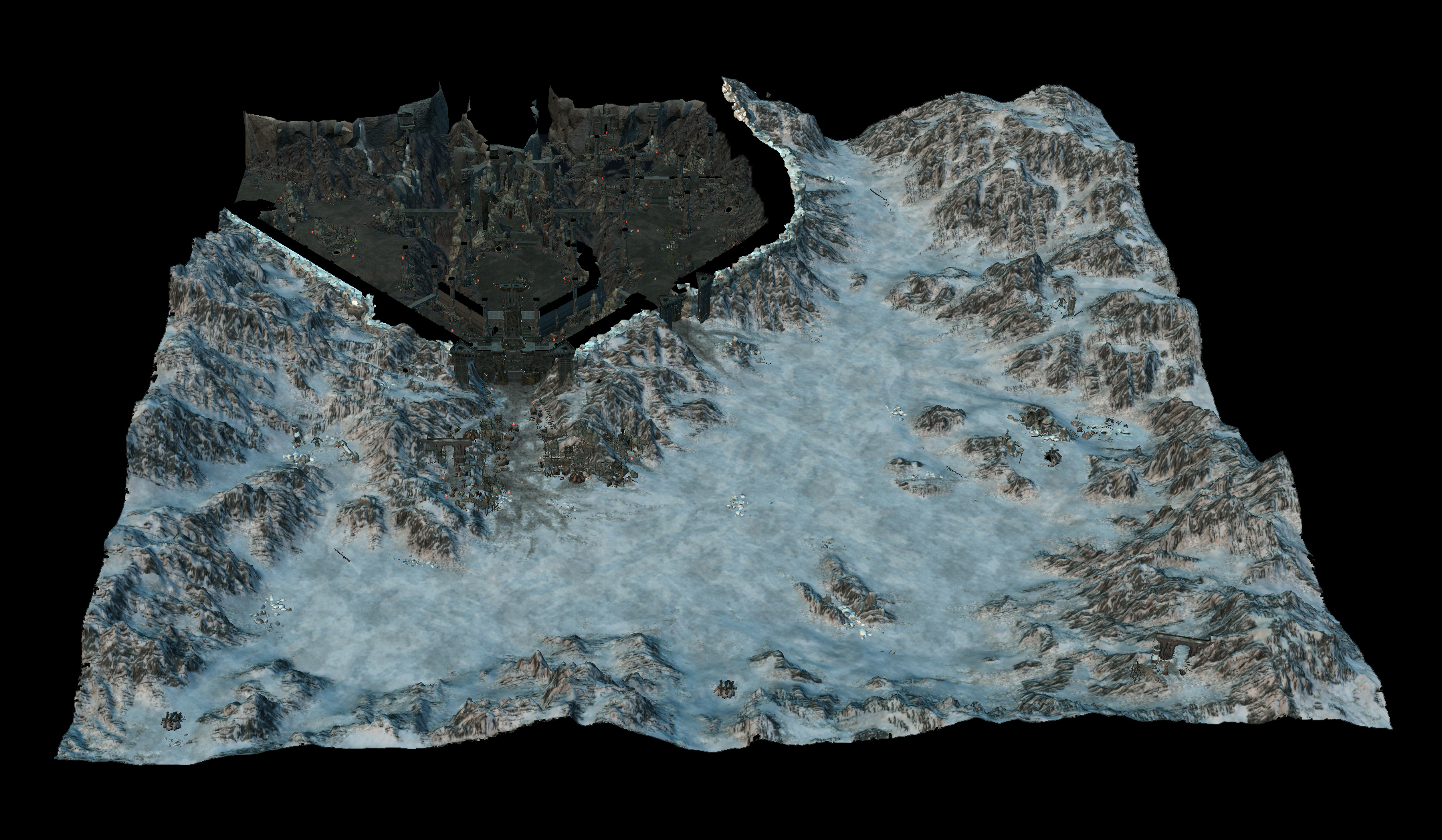 Fortress: Gundabad is a 3-player fortress map set in the ancestral home of Durin's Folk, conquered and reconquered by the orcs of the Misty Mountains. It is an ancient Dwarf-hold, its infested and desecrated halls still held high by mighty columns. The orcs have sundered the once beautiful interior, digging their foul warrens here and there. 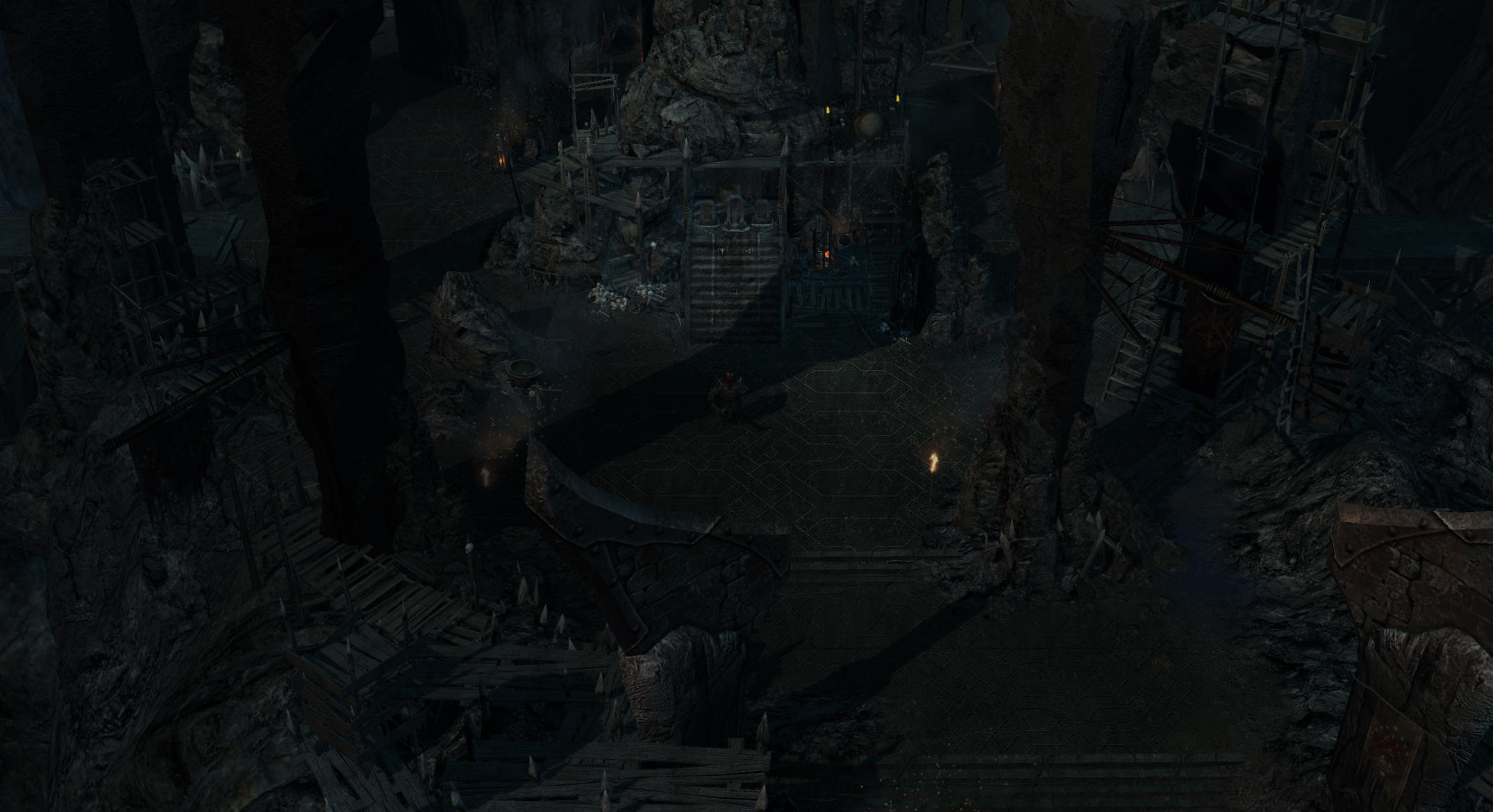 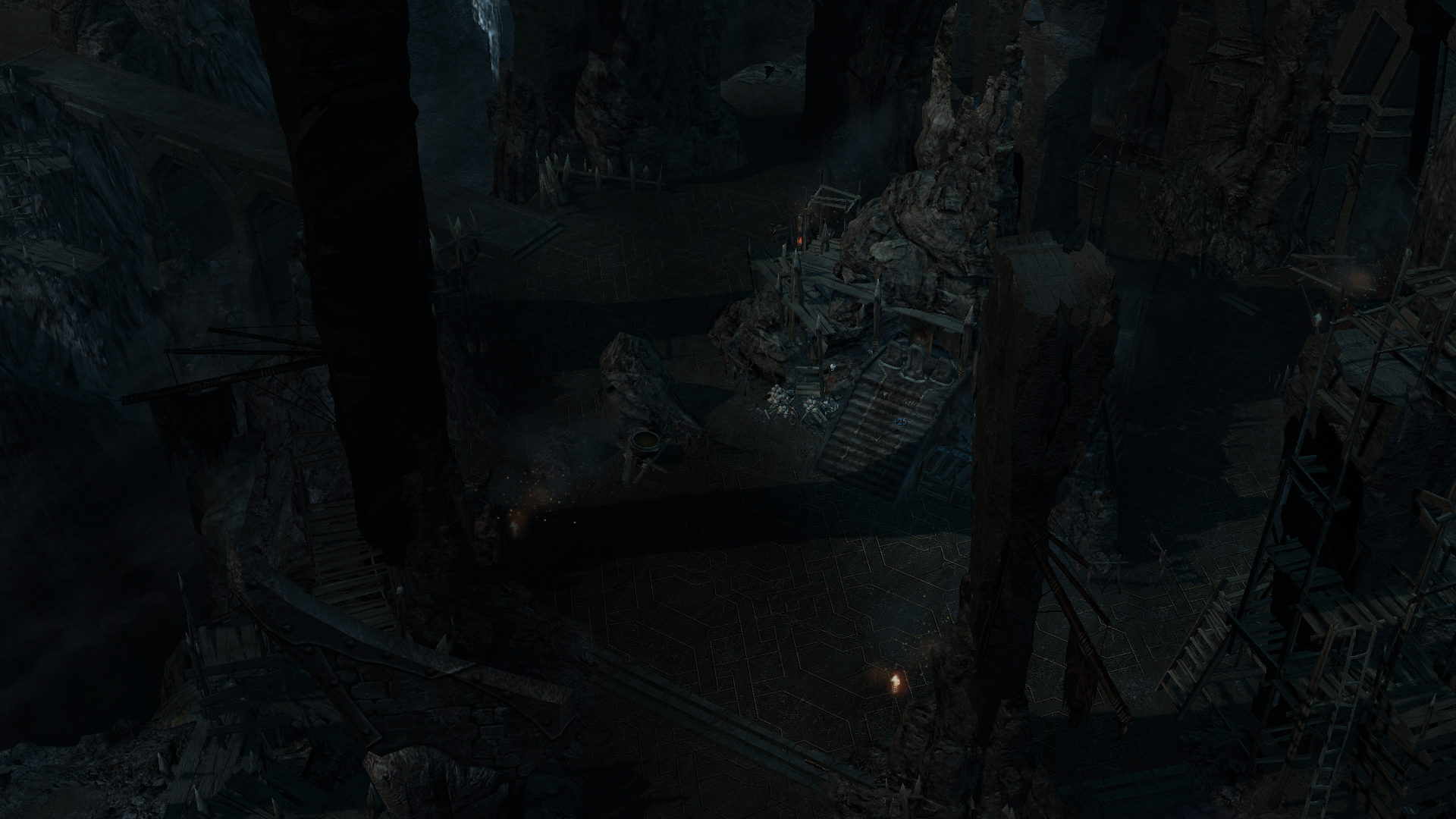 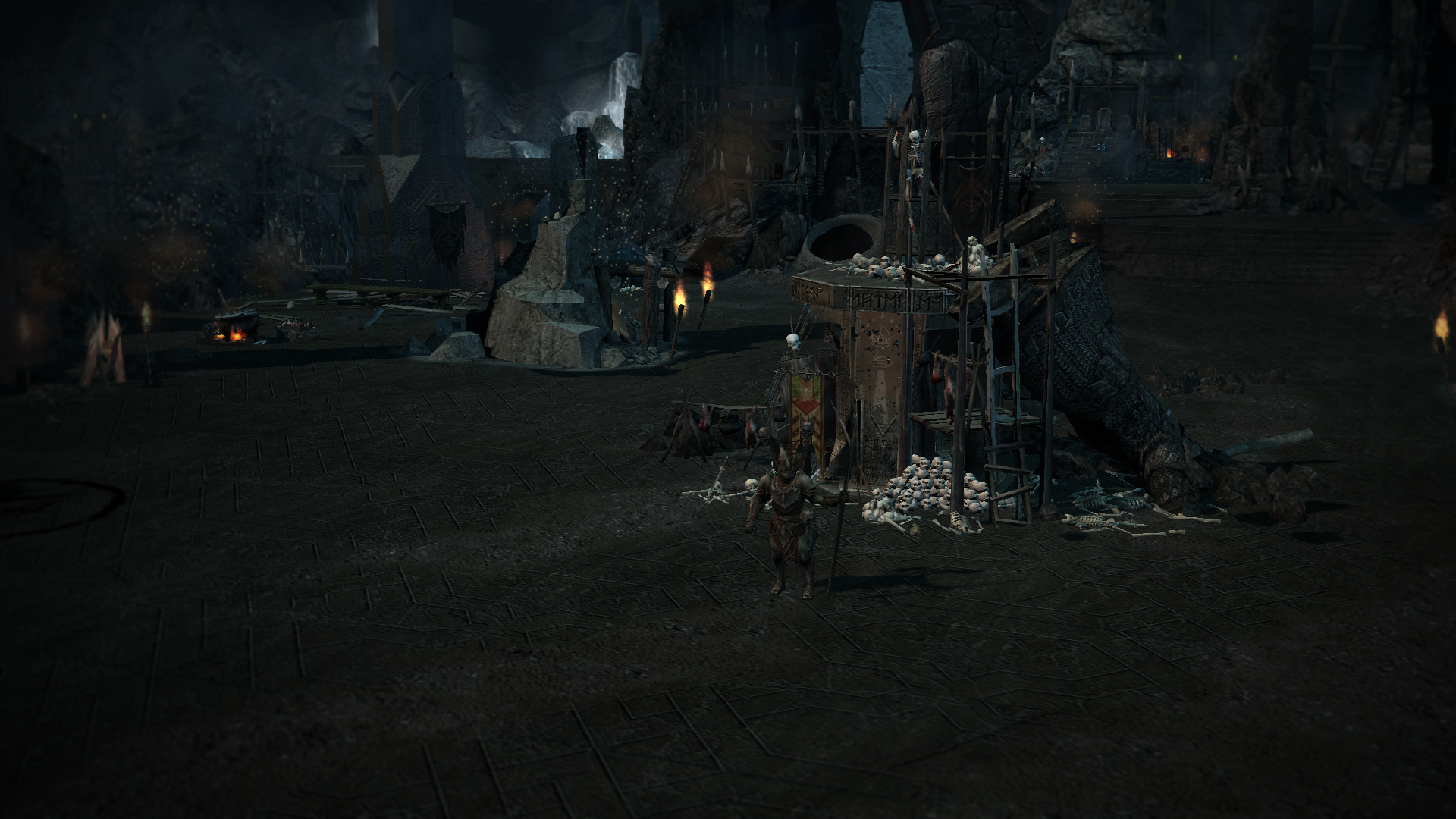 Bolg of the North often dwelled in Gundabad, from where he would deliberate his fell plans of vengeance for the death of his father, and the demise of those that lived near - halfings, men, and the elves of Rivendell. 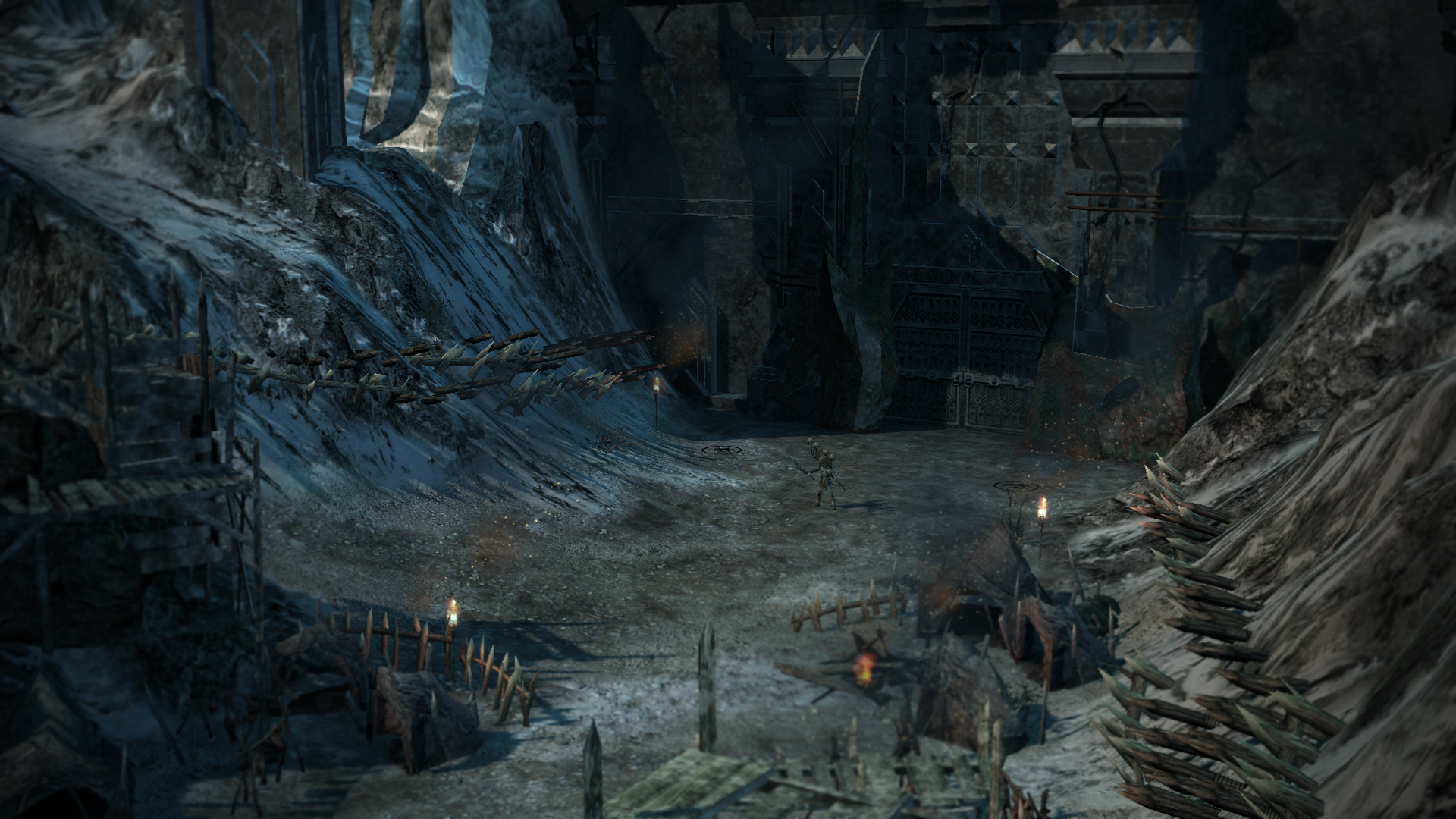 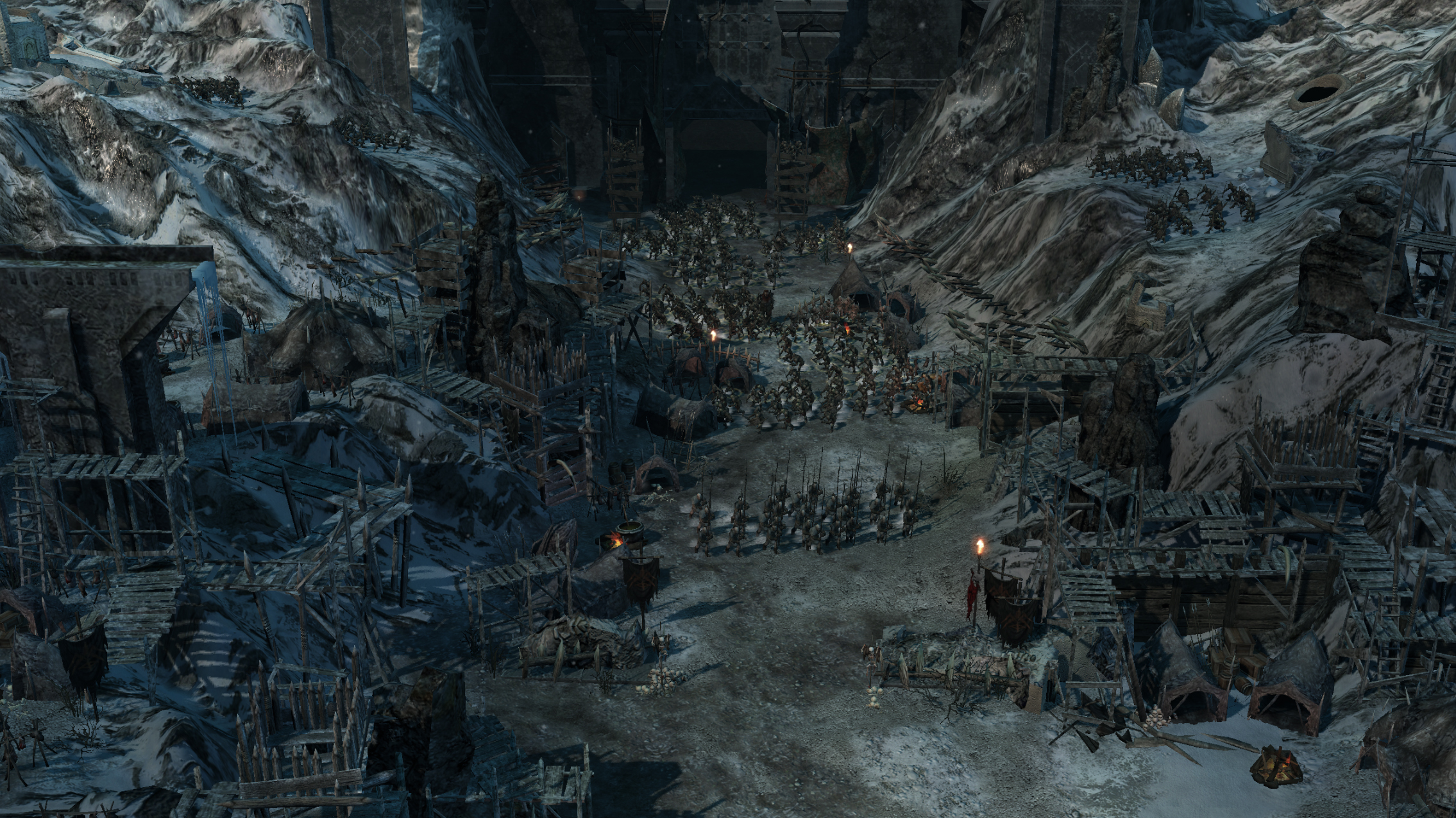 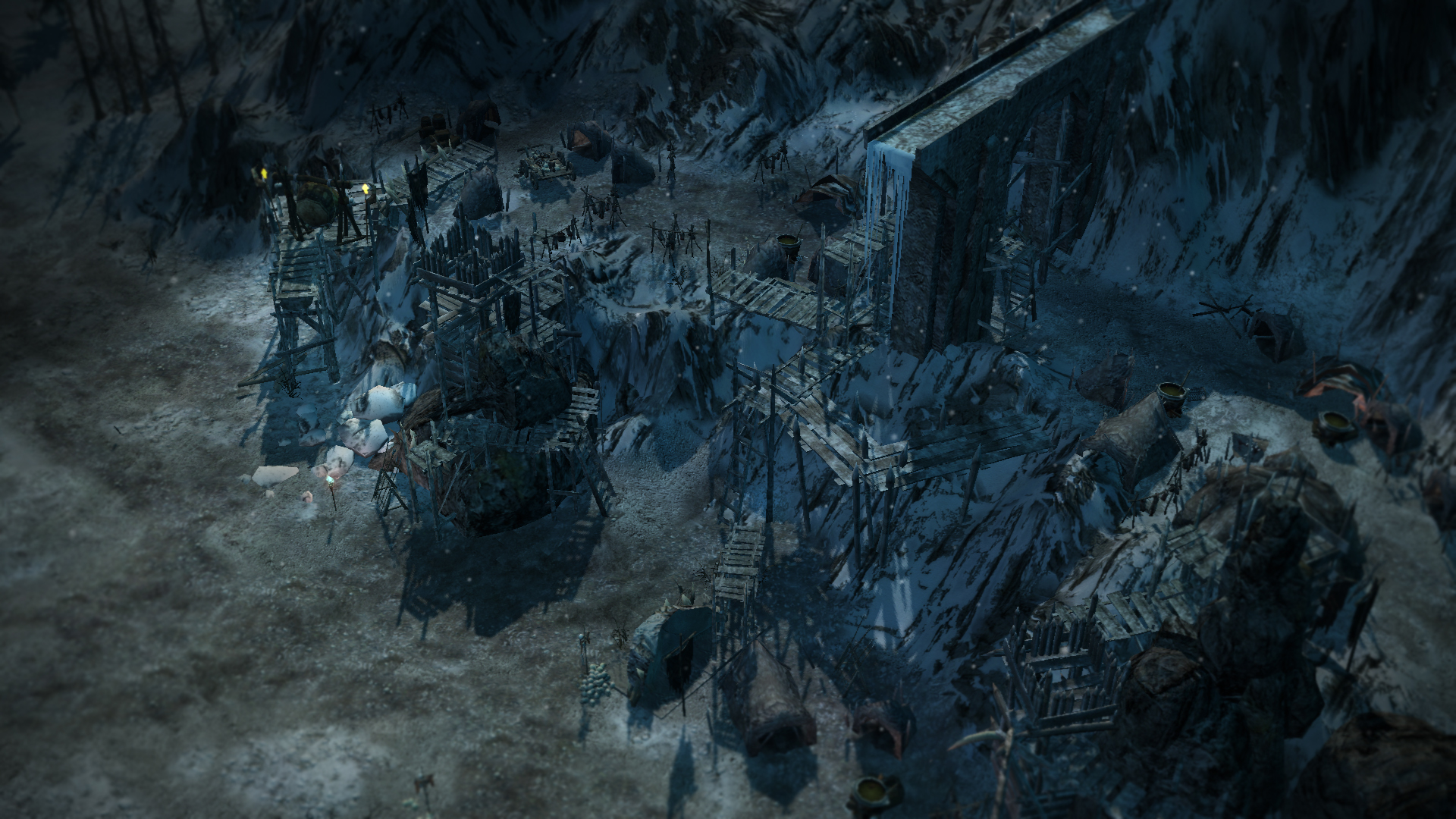 The front gate of Gundabad still retains parts of its former dwarven glory. Orcs cannot measure up to Durin's folk in terms of craftsmanship, so instead of repairing the ruined gate after their conquest, they patched it up with giant sheets of rusted metal to keep the old stone together. 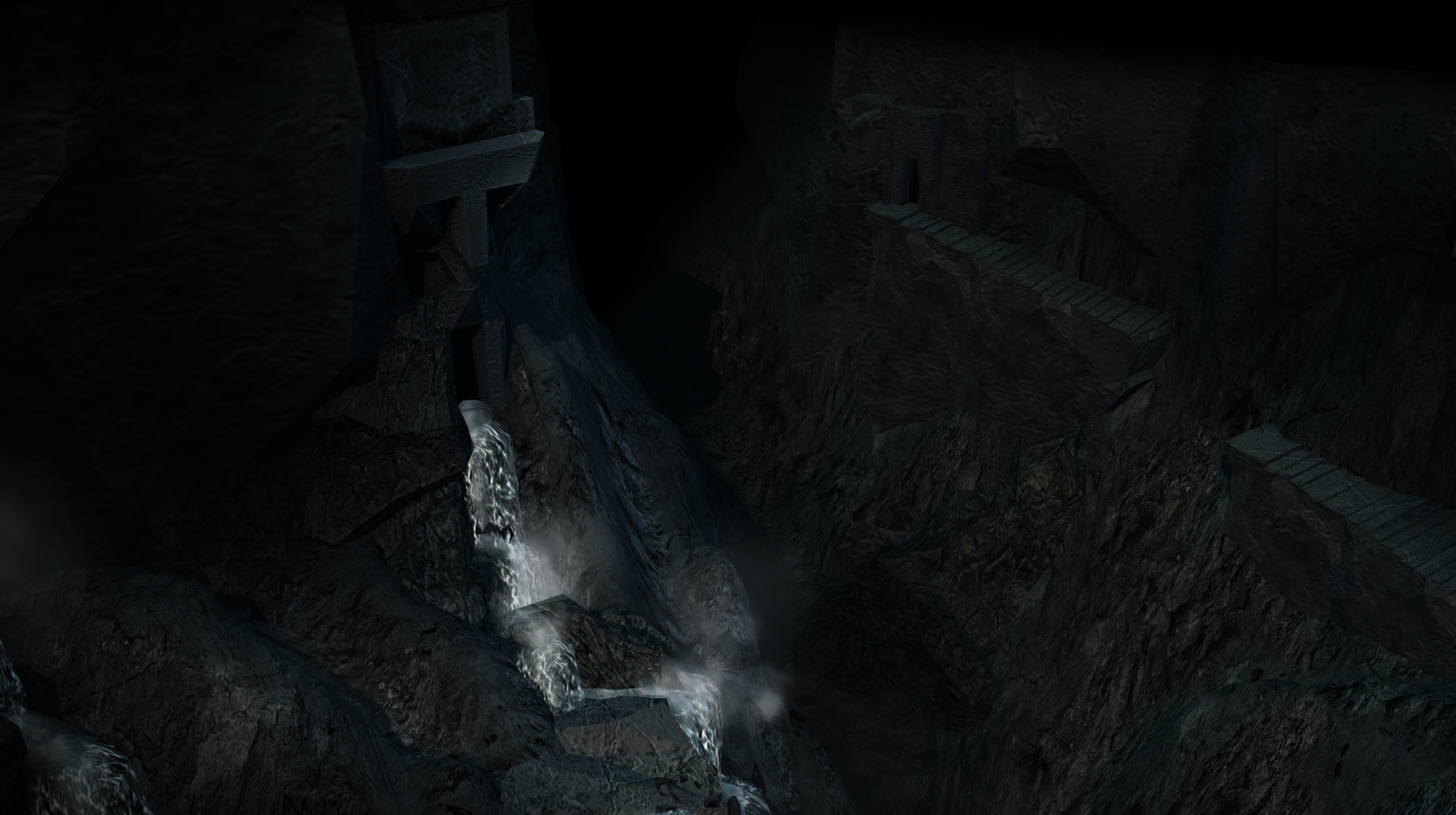 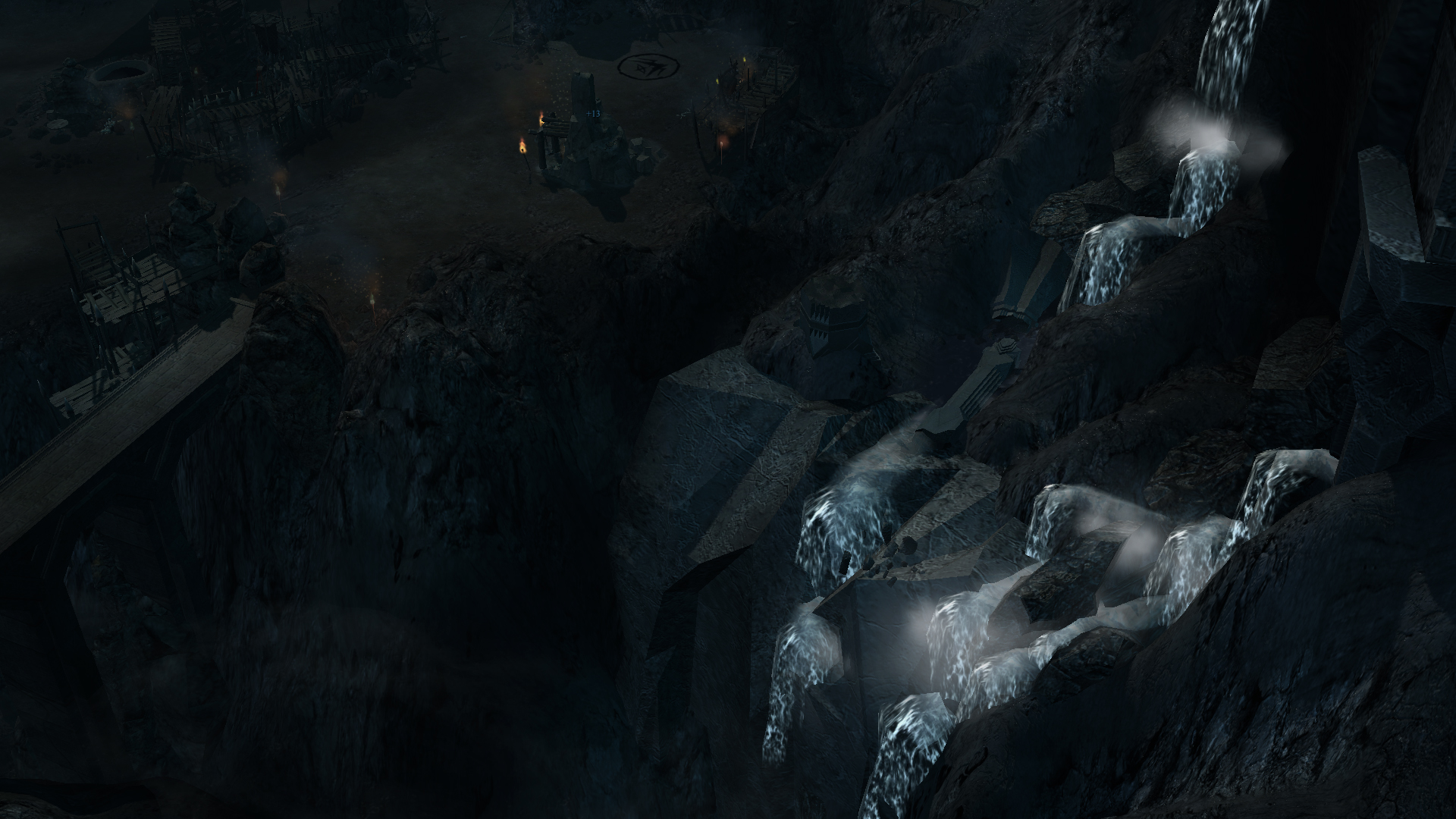 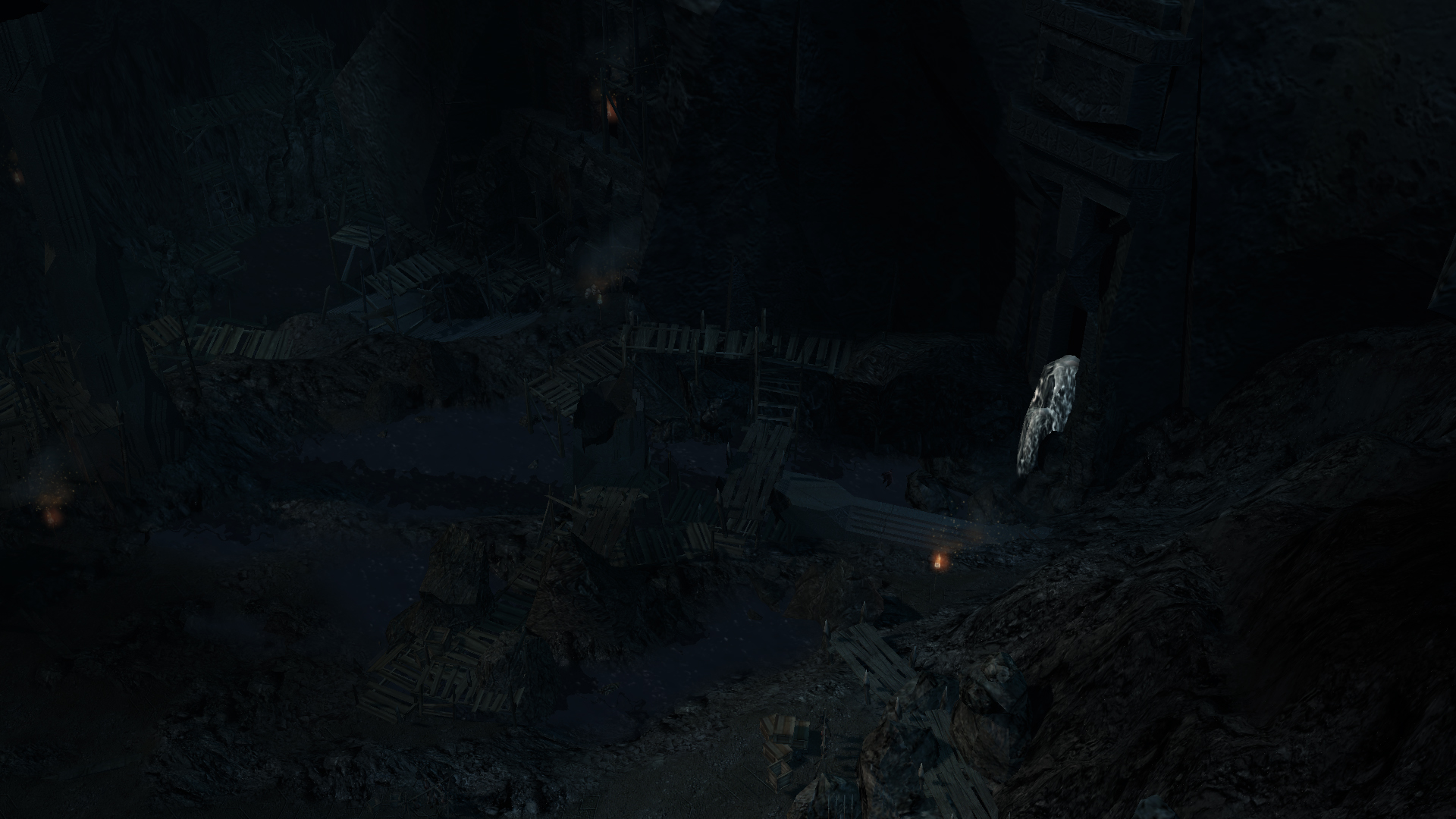 As the years of Gundabad's occupation progressed, the ancient waterways fell into disrepair. Floods are common, and resolved not through masterful engineering, but through building layers upon layers of shoddy wooden walkways over the flooded halls.

Fortress: Gundabad will be included in the upcoming release, which will include fully functional Fortress AI - meaning you'll be able to conquer Gundabad with Thorin Stonehelm and his forces.

This is awesome! Can't wait to siege it for hours.

Spectacular the map, even the details are incredible putting you inside the environment. Thanks for your wonderful work.

Great work. I can't imagine how many hours to craft this.

So, so excited for the next version of the mod. Oh my goodness.

Beauty of a map