This is a big Summer update, before a second 008 beta release.

After a first 008 beta release, we continued our work on many mod aspects. Such as improving graphics, fixing bugs and adding some new models. Lately, team is busy with RL problems, but we will show you some of the work that has been done. Work will continue in order to give full 008 release which will be playable and enjoyable as 007 is, even better, with less possible bugs, with best graphics we can give.

What all is in progress now?

So when can we expect full 008 release?

Not sure at the moment. I personally think it could be done by the end of this year, because not many things left to be done. Even next beta release could be considered as full release. This all depends on our free time and things we can achieve in this summer.

So, when, and will be second beta then?

Again, not sure, I hope in autumn or at the end of summer. But that is just my personal opinion, please note that!!!

I also have an announcement for all Contra fans.

Maybe some of you are familiar with this... but lately, Contra project team is discussing about Contra future. And, the conclusion is...

What does this mean???

This means that we want to move Contra mod on a better engine. We are sick and tired of old generals engine limitations (we can't insert all units we want), graphics (we are limited with polygons and textures size), bugs (unfixable engine bugs), lags (without a reason), mismatch, cheating players (those are the worst, I meet them very often) and such....
So, we are nesting, we are searching for a better host. So far, some of the engines are considered as hosts. RA3 engine, NeoAxis engine, and some others. We know it will be hard work and long project which has its own risks. It could turn out great, or it could turn out bad. But we will give it a try. We see Contra as an awesome game in future because we have skills and will to do that. Perhaps we will expand our team too, so stay tuned if we post that we need more people!
Don't worry, before we start doing that, we will give you 008 version finished.

Please note that all those things which I have posted now can be changed in any time. Anything can happen with our members because we all are struggling for better life.

But, enough of text now. Let me give you some pictures.

First, we have improved old Battlemasters. I love those tanks, but they had old texture. So, this is Flame general's Battlemaster: 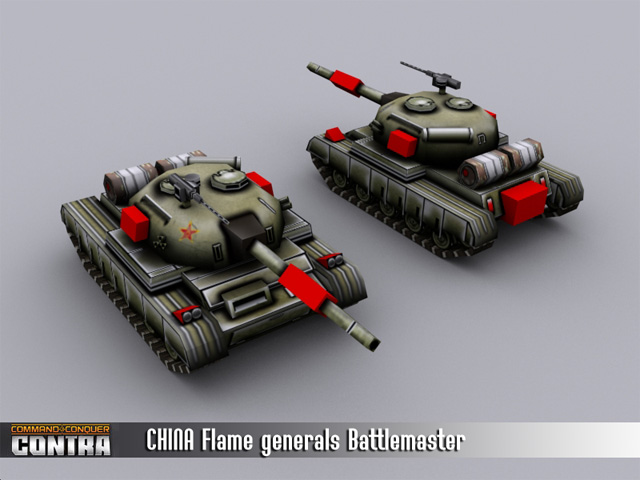 If we improve Flame general's Battlemaster, its only fair then to improve Nuke Battlemaster too: 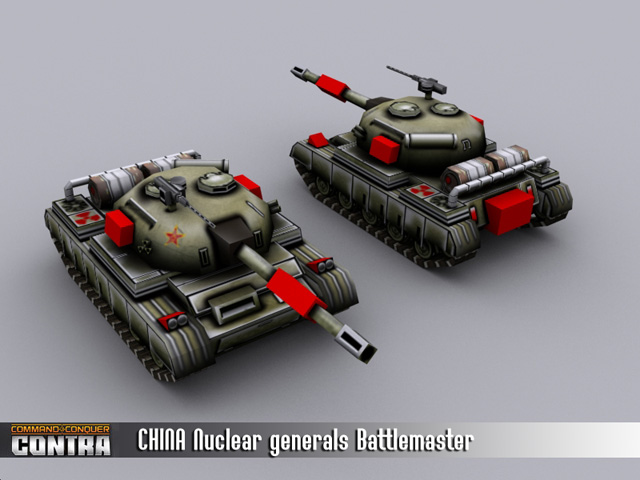 Next, my favorite improvement is Cyborg unit, still under question. Like it to see it in Contra :D 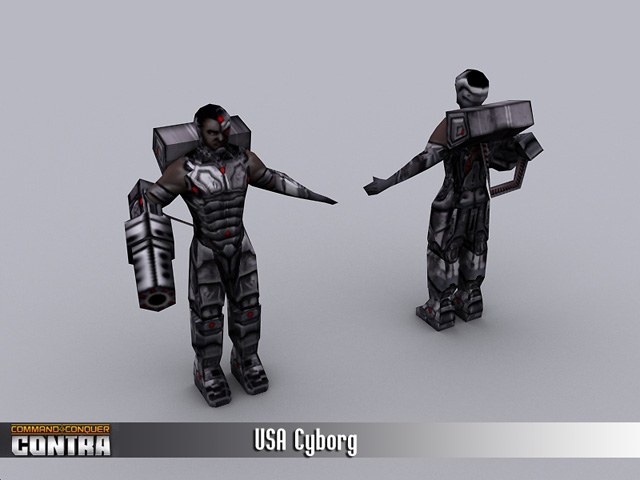 My first rebels for Contra were not so great job. With time I improved my skills, so I have made new rebels too. 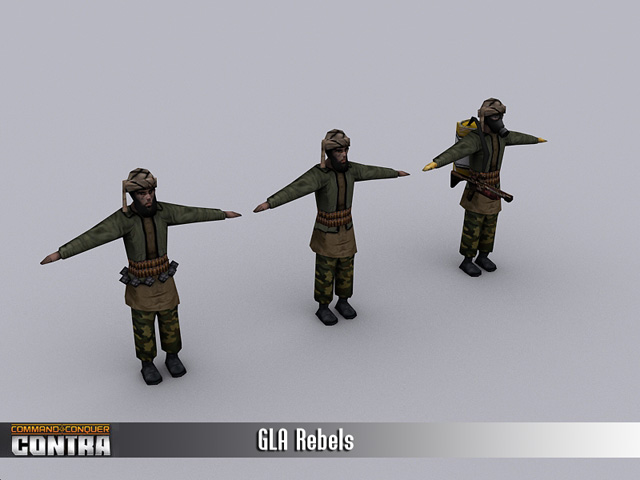 We didn't show you new USA ranger before, right? He also has new machine gun too. 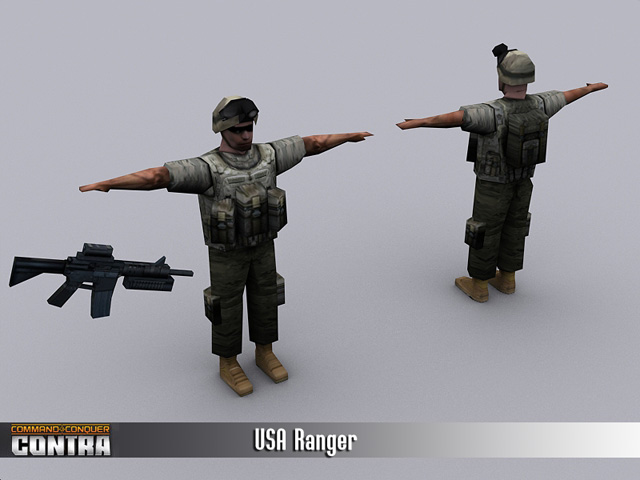 they will have some variants in order to be better recognized on maps. 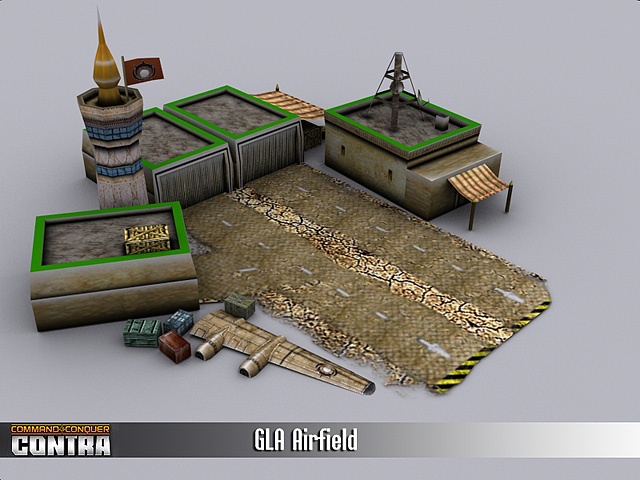 And, here are some screens with new vegetation too, you can see new water too. On most played maps in multiplayer games: 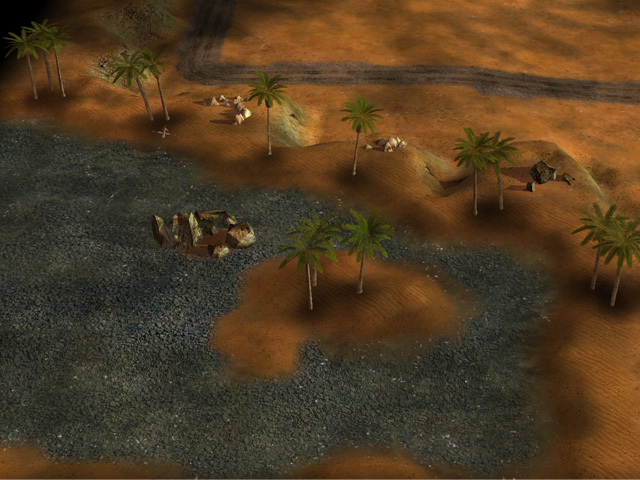 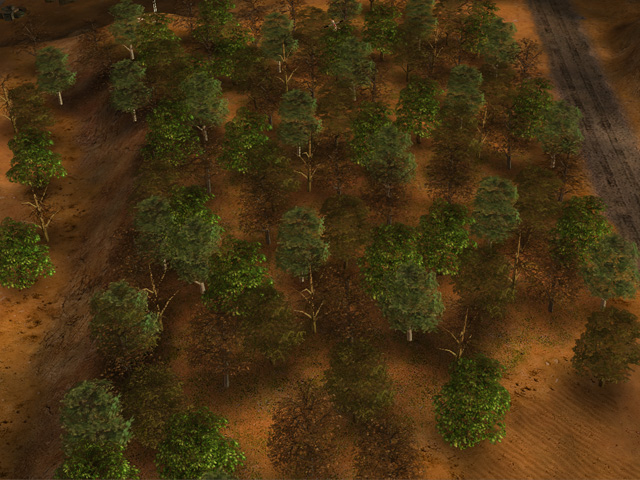 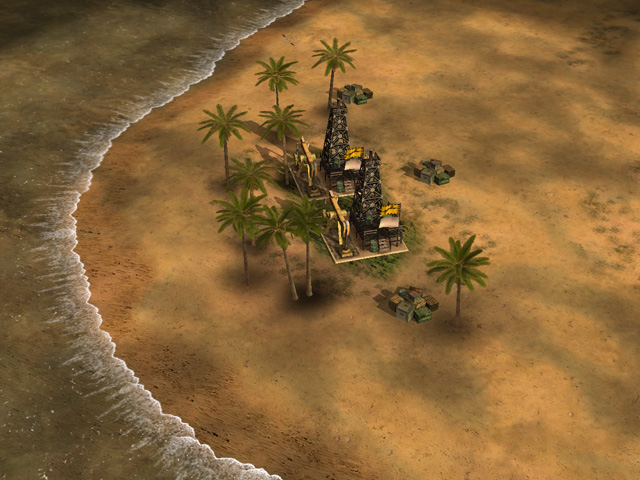 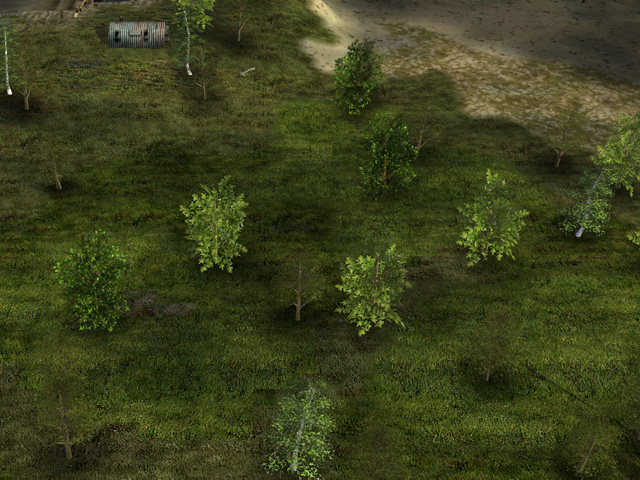 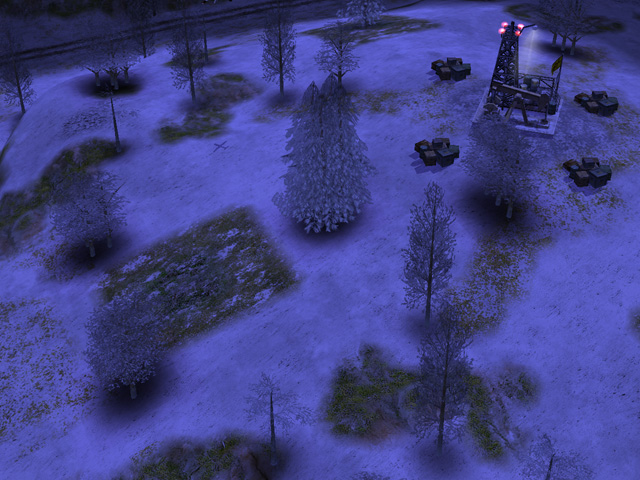 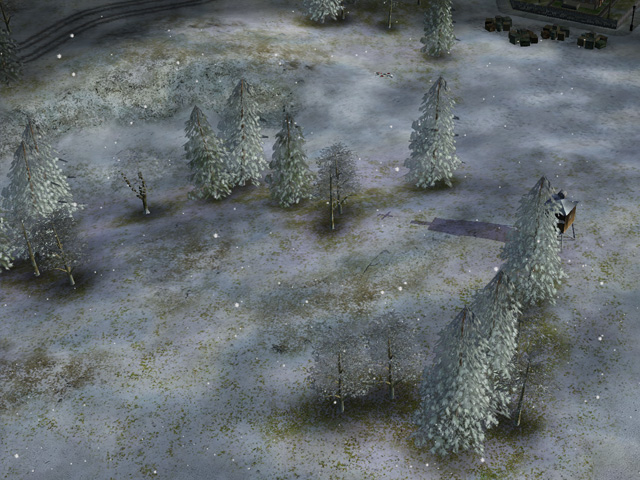 More infos about pictures will be on images section.

With this, I am ending this summer update. For all of you who don't know where to play Contra online, use Tunngle. Both 007 and 008 versions are played there in their rooms. So, join us!

I hope that soon will be one new update too which will show you new bushes, new lighting environment, new ground textures and few models that left to be done!

So, until next update, enjoy Contra and CYA! ;)

I like the fact that you're still working on this massive mod.

No, they haven't. Contra still crashes when you play with 6 players or more on 1 map, Contra still have the stupid rank system (I don't dislike it that much, but I wish I could turn it off.) and Textures aren't finished yet.

The stabilityproblems and being unable to turn the ranksystem off, are the 2 things that keeps it for being better than ShockWave.

i think you are right and wrong as i find contra more fun and chaotic compared to shockwave or rise of the reds, as shockwave i just found it a bit boring in the long run, but i do agree contra would be better if you can toggle the ranksystem on and off as i find it annoying with some factions but others i find it works perfect and works better when playing in the long run

Shockwave starts freezing off and on with more than one hard enemy on a map.
Contra doesn't.

yay finally an update! looks nice and moving to the RA3 engine would be damn awesome! Keep it up your doing a great job, especially creator

C&C3 has also many limitations and bugs. We are monitoring this mod lately:

It has good potential and he gives us idea for RA3 engine.Not to mention naval units.

Oh I forgot about that MOD... Well if they do manage to get as close to Generals as possible, then it would be a good port. :-)

I find Generals fire and rocket exhaust effects better than RA3 and C&C3. Maybe it's just me, and i know it's just eye candy, but if you move to that engine maybe you could revamp those effects? I prefer playing as China but if their nukes will be the morning flatulence that was in C&C3 instead of the ambassador of Thor that was in Generals, it will make one of their generals a lot less enjoyable.

Indeed. Red Alert 3's effects are cartoony. We would want it to look as close to Generals as possible.

Just a question: How can you imput a different engine in the same game? Won't this mod become a mod for RA3 instead? Not that I actually care about that, I got RA3. But, I am just wondering about the engine. I mean, mods actually only need the game-engine to function and are stand-alones on everything else.

LOL, we can't change the engine of a game. We can modify a game, which is based on an engine. C&C Generals runs on SAGE, Red Alert 3 runs on SAGE 2.0. Moving to SAGE 2.0 means moving to Red Alert 3 (therefore porting everything from one game to another).

I would love to see Contra on the RA3 engine, considering the fact there is a Generals mod on there as well.

Well, personally I'd love this as stand alone. (I think NeoAxis was a free stand alone engine, wasn't it?) But I indeed prefer it as free one ;)

Moving to the RA3 version of the SAGE engine(if it is even the same thing) would be a grand idea, but I'd have to go hunt down a copy of RA3 to use it.

It would be great if you guys could code your own engine, but that takes LOTS of work and time.
and knowledge of complex code. (Which I think most of, if not the whole team has?)

With that you mean the type of codes 'C' and probably 'C++' or not?

I know, most likely I;d buy from Steam, Origin is EA stuff that invades a PC.
it is evil.

NeoAxis engine allows us to code everything we want. Everything....but the bad thing is that we need to start from the beginning. Learn how to make things on this engine. RA3 engine is already familiar with modding. He supports many things from generals, such as maps, importing units etc, but has also his own limitations.

A hack and copy, no?

NeoAxis is free...and RA3 is situation same as Zero Hour.

You do not understand. Hack engine RA3 and copy it to the NeoAxis.

But it is a good idea.

That's why I say you must have to hack

they all look more real now thank you

so this means when your done with 008 you wil make a contra version for red alert 3 wil it also be done for uprising that would be cool the only reason i play zero hour is because it has different units for every general plus the mods that are made for it are awesome.
looking forward to that nice

Very very glad to hear that you are considering moving on to newer and more reliable engine! And I for one would gladly PAY for a new complete game including this mod and the base game. I'd pay as much as $50 for the complete game, rehashed and remade into something more reliable and fresh! Contra RULES! Regards from Sweden.

thank you so much, the mod is prefect
i`m from Iran

Perchance you can do a Contra Expansion thingy: Contra:Zero Hour REQUIRES RA3 and Contra Mod for RA3.