Now that the Amphibious Update is behind us, we're finally free to push forward with brand new features. The next milestone we have is the 0.5 Autumn Update, which we hope to release in the coming weeks.While we will continue to work on new content and features, we will also be going back to enhance existing systems and improve quality of life in certain parts of the game. It's important to us that at this stage we focus on solidifying the existing game as much as we are adding to it. 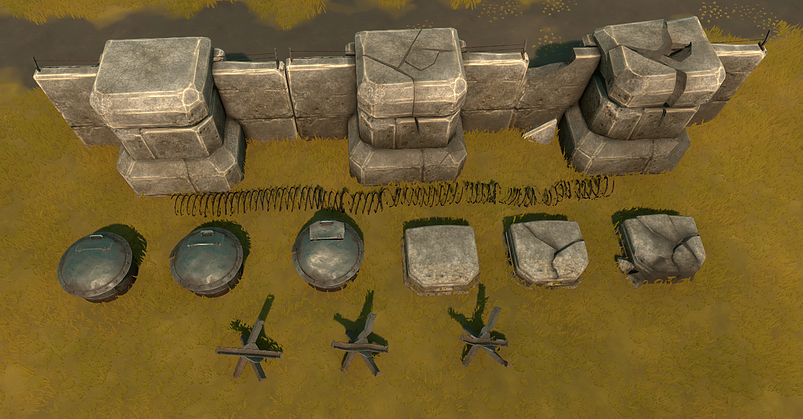 This next feature is also based on player feedback. We're adding a context menu that can be used to easily perform player screen actions like mute, whisper, commend, squad invite, and more. The context menu can be invoked by holding alt and clicking on a player character. This feature will eliminate the need to find players on the F1 screen if they are within visibile distance. 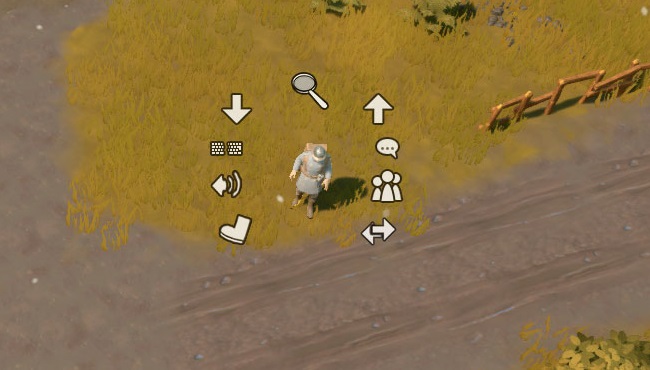 An animation demonstrating how the context menu will work

All the modelling work on the Warden Landing APC is finally complete. You can see the finished model below. Remember that were working on even more faction specific vehicles in the near future. Not bad for Anthony's very first model for Foxhole! 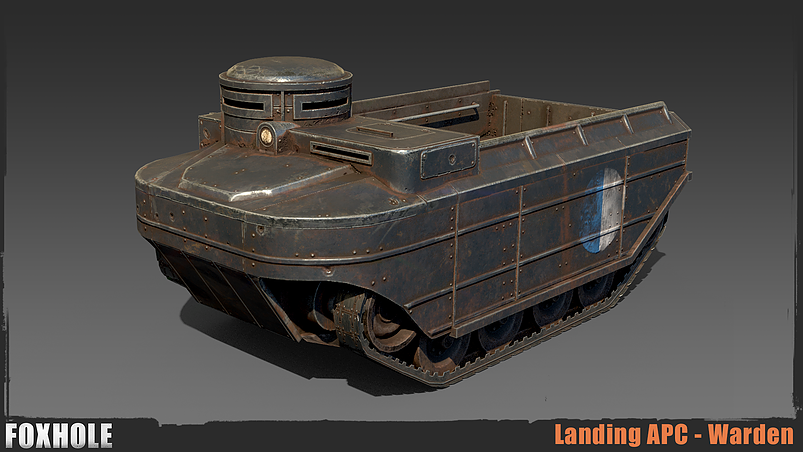 We've begun work on the next map and while we don't have much to say about it yet, we do know it will include parts of The Bulwark that was featured in earlier mood paintings for the game. Here is some early concept work for the great wall that spans the southern region of the Warden Empire. 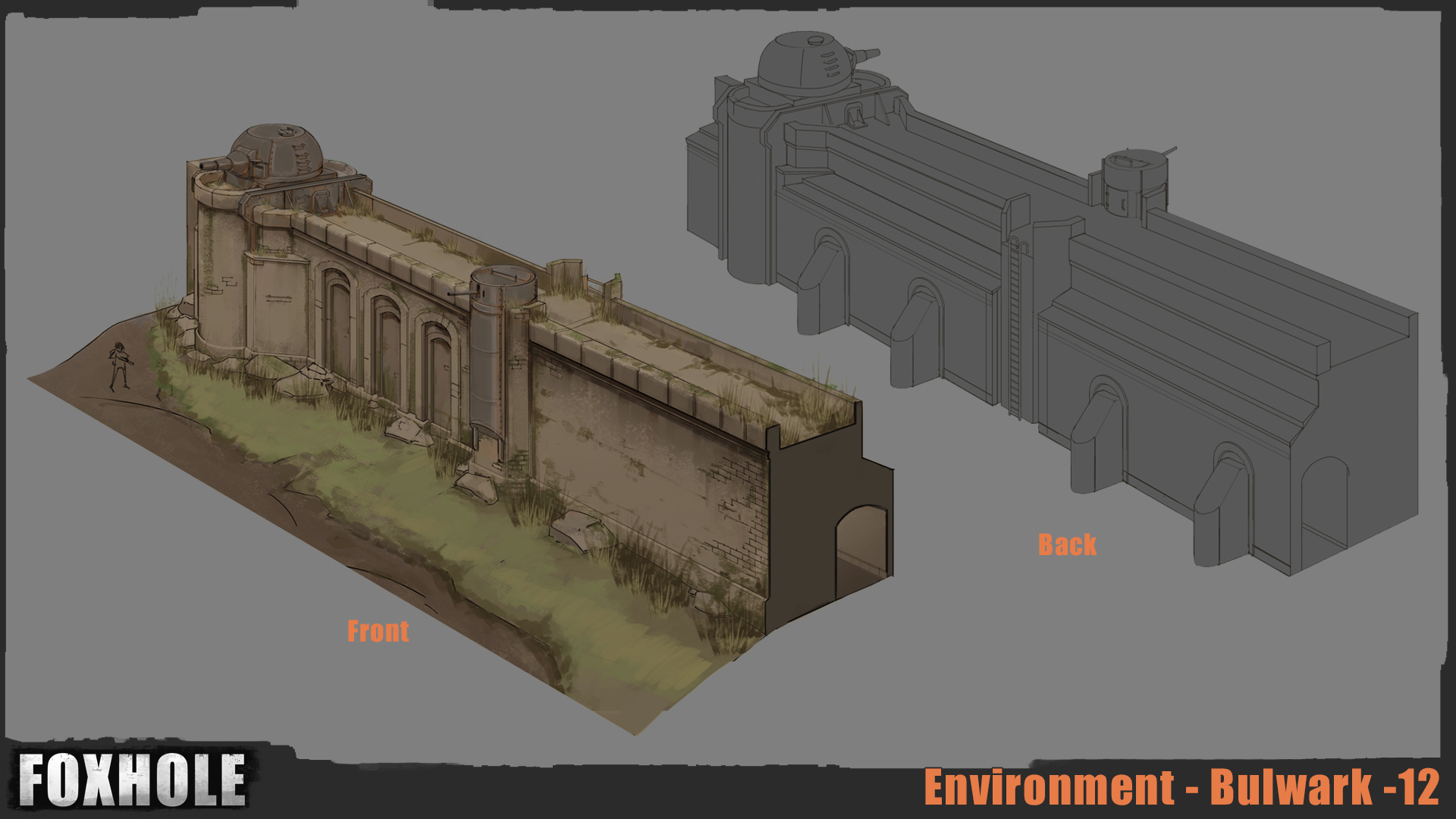 Section of the Bulwark 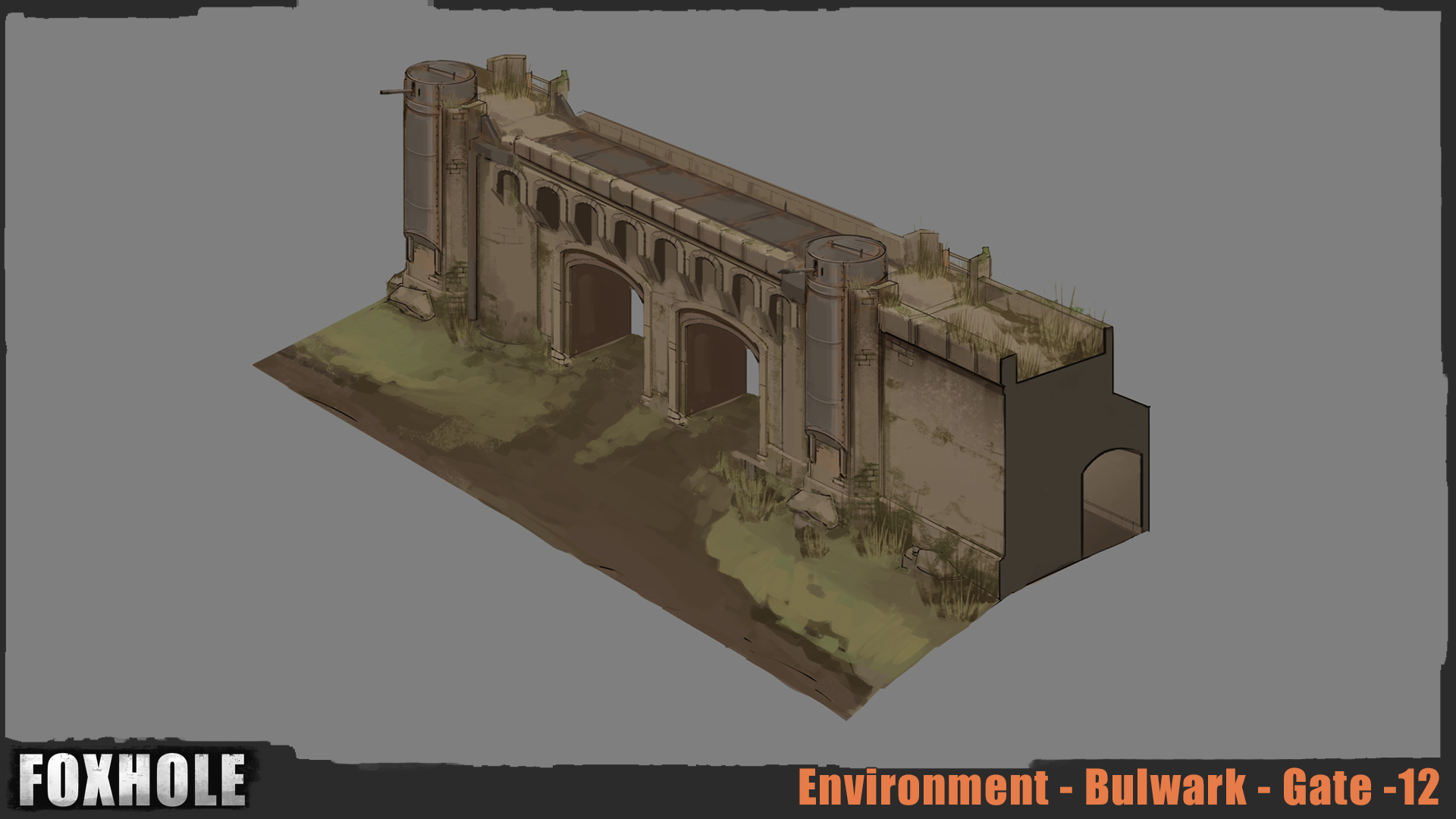 The "Great Wall" of the "Southern Border" of the "Warden Empire"... I sense political bias.