In which the demo is polished; a new demo-version is uploaded and available; the pitch -deck and -email are worked on; the first pitch is sent out; and a new level is begun.

This week's screenshot shows the bare start of a new level: 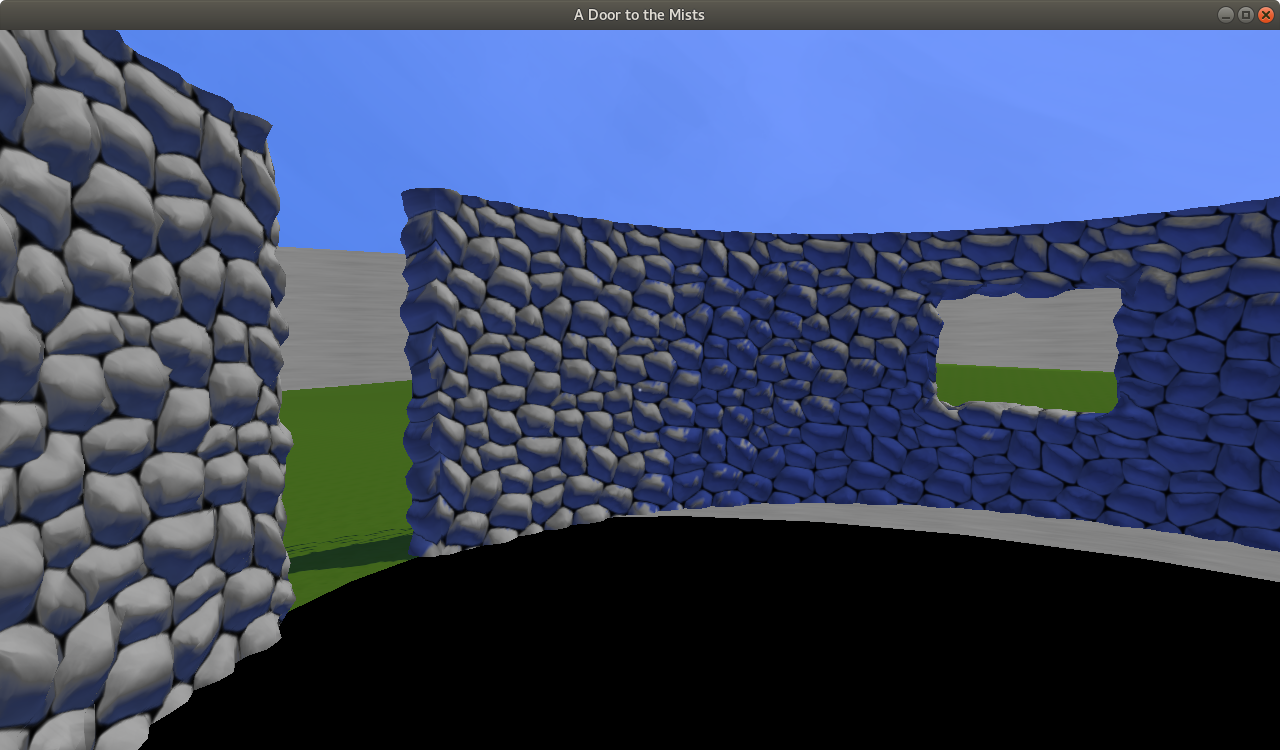 As mentioned above, part of the first section of the week just past was given to updating the demo.

In terms of actual changes, I added a bit of clarity to the tutorial arrow that can appear in the prologue, that points towards the enemy found there. Feedback had indicated that the purpose of this arrow might not have been as clear as I might have liked. So I added a small explanatory note, and furthermore shifted the arrow's base down a little, away from the centre of the player's view. 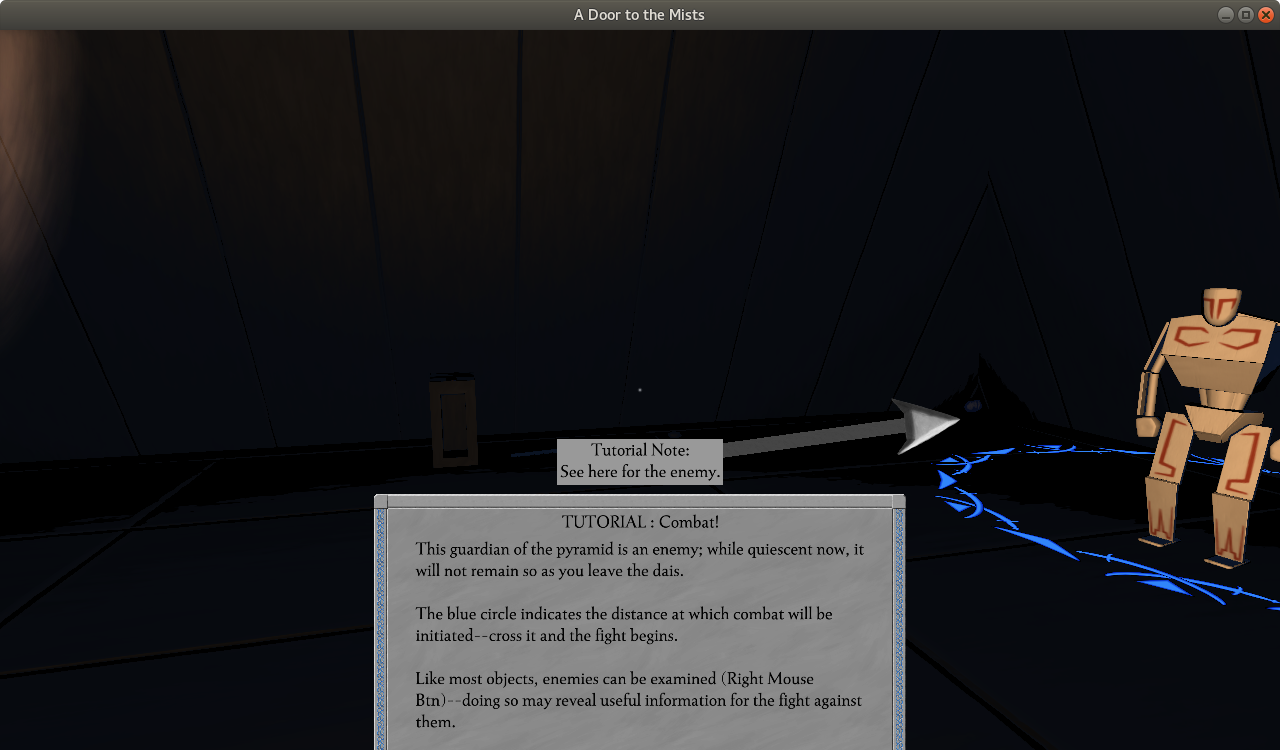 And with the demo-polish done, I built a new version--now marked as version 1.9.2--and uploaded it! You can get it from the same places as before:
Itch.io ~ IndieDB

I also continued work on my pitch-deck and pitch-email in the week just past. Indeed, I finished both at last! They proved tricky, in part perhaps due to my being inexperienced in making them.

But finish them I did, and indeed, I sent off my first pitch, too! I am both excited and nervous to hear back from the publisher in question! ^^;

And with that done, I moved into the second section of the week just past: that which was given to work on a new level.

This level is, refreshingly, not composed of orange sandstone! Instead, it's set beyond Tenereth, out in open grassland, and takes place in a grey-stone round-house, the abandoned home of a magic-worker.

It's another small level--but perhaps not quite as small as it appears on first entry... ;)

As is my practice ahead of a new level, I began by sitting down and writing a draft covering the events and a description of the level. This went fairly well and smoothly, I think, and I believe that I have much of it set down!

With that done, I moved on to building the thing itself.

I took a few attempts at building those piled-stone walls: Knowing them to be fairly lumpy things, and knowing the level to be pretty small, I thought at first to build them up with geometry, rather than a flat surface only given depth by normal-mapping. I made a few stone models, and set about placing them--but this proved rather slow and tiresome. So I looked into placing them automatically. After a few mis-steps--such as in the screenshot below--I got this working. But I wasn't happy with the result. 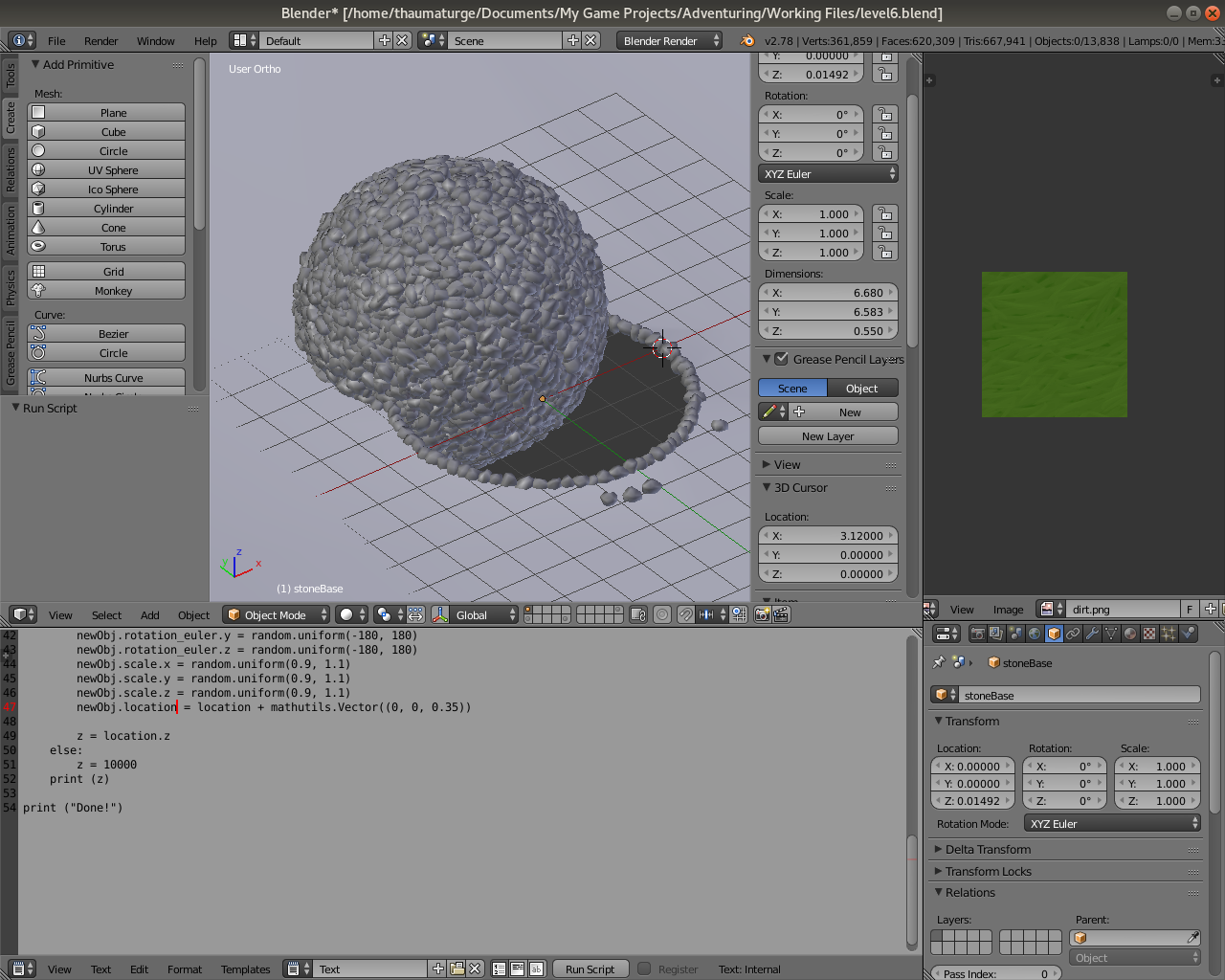 In the end, I partially abandoned the idea of building the walls so. Instead, I painted a new normal-map for them, and made a new colour-texture from one of my base textures. But I didn't leave the wall entirely flat: instead, I used a height-map, subdivision, and a displacement modifier to knurl the walls somewhat, giving them a bit of geometric depth along with the normal-mapped shaping. The result isn't perfect, but it works, I think! 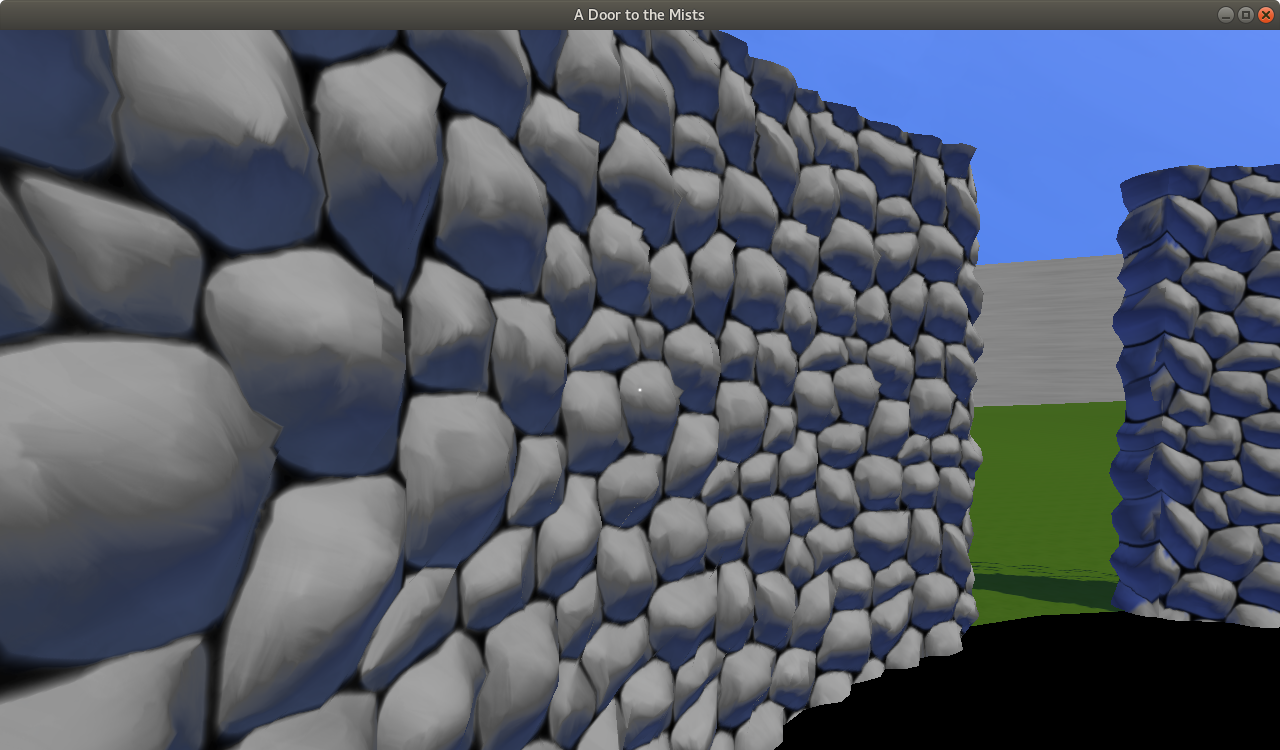 And finally, the data- and script- files for the level also saw a little work: the script was emptied out, having previously been the end-of-demo script, and the basics of the level data-file were put in place.