The Enhanced 4X Mod and Star Wars Interregnum have been updated again for the Sins of a Solar Empire Rebellion 1.90 update. Major new changes to balance, polish and some exciting new Minimods await.

Hello players of Sins of a Solar Empire,

Ironclad games was nice enough to celebrate the 5 year anniversary of Sins of a Solar Empire Rebellion with an excellent new modernization patch, 1.90. Many of its changes were designed with mods in mind, and as such I had to incorporate these new features and improvements into Enhanced 4X and Star Wars Interregnum. In addition, we are releasing three new minimods to join the already impressive list of game customization options available.

First of all, a quick public service announcement that the installation instructions for Interregnum have changed. Players should no longer manually enabled large address aware on their game. With Rebellion update 1.90, Large Address Aware is enabled by default, and enabling it again could mess up your game. As such, the Large Address Aware tool is not included with the mod anymore, and you should not download it yourself or use one from an older download.

Likewise, E4X players should not apply Large Address Aware on their own either. 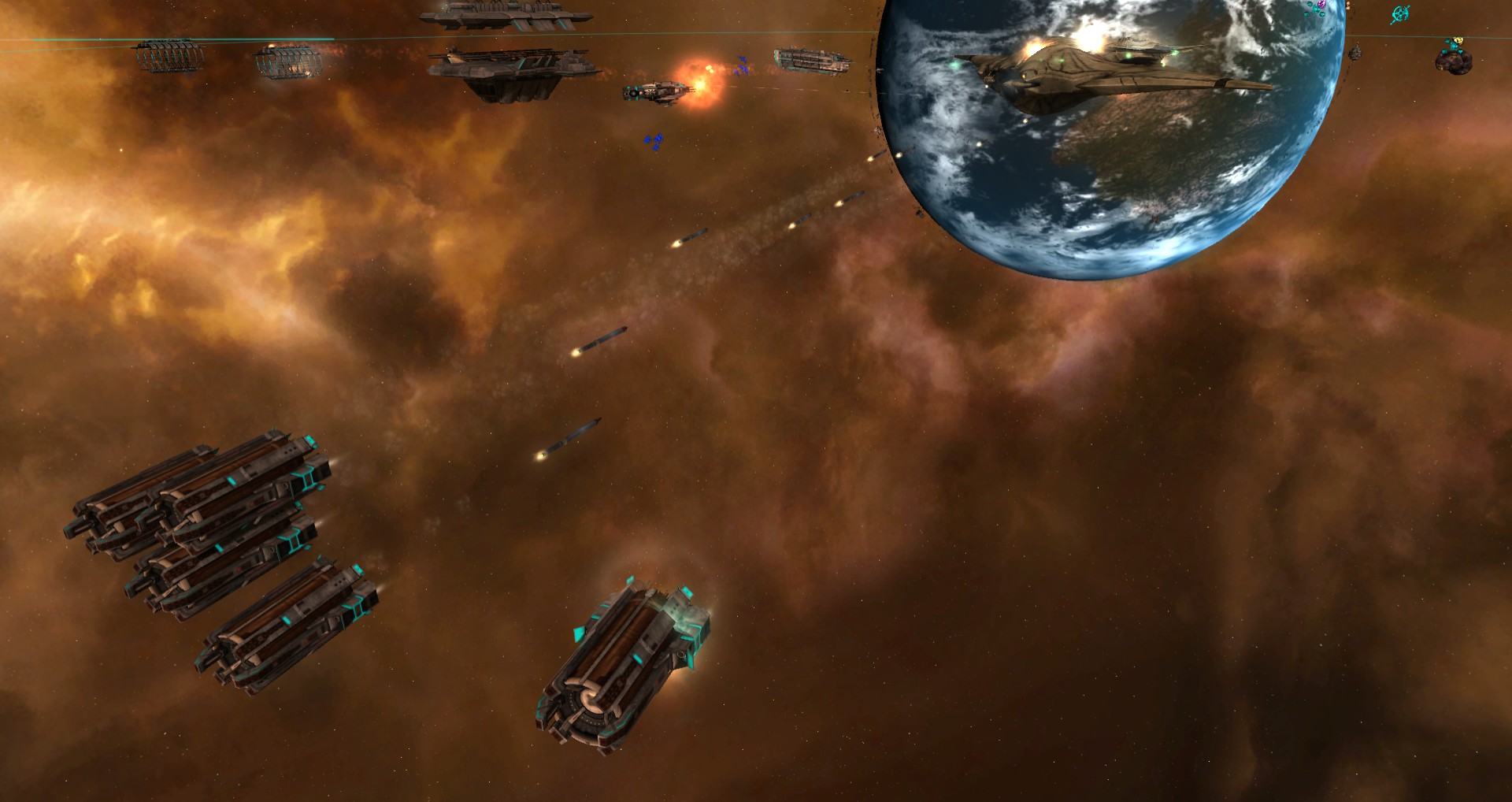 The biggest gameplay change regards antistructure cruisers, specialized vessels for destroying space stations and Starbases. Before, they could only attack these targets, and even modders could not change that. Blair Fraser of Ironclad games kindly changed this on request for modders (a true sign of a good game developer if there was one), and as such antistructure cruisers have been redesigned.

These cruisers can now attack any normal unit, though they are not very good against frigates and cruisers. They are however good at fighting titans, some of which are larger than starbases in the first place. With their very long range and good damage, "antistructure" cruisers can be a real threat to titans and make it more important to properly support these important warships. Against anything smaller than a capitalship however, these units will struggle to deal effective damage. It is worth noting that the special debuffs most antistructure units apply to space stations d not apply to ships, even though they can now attack them. 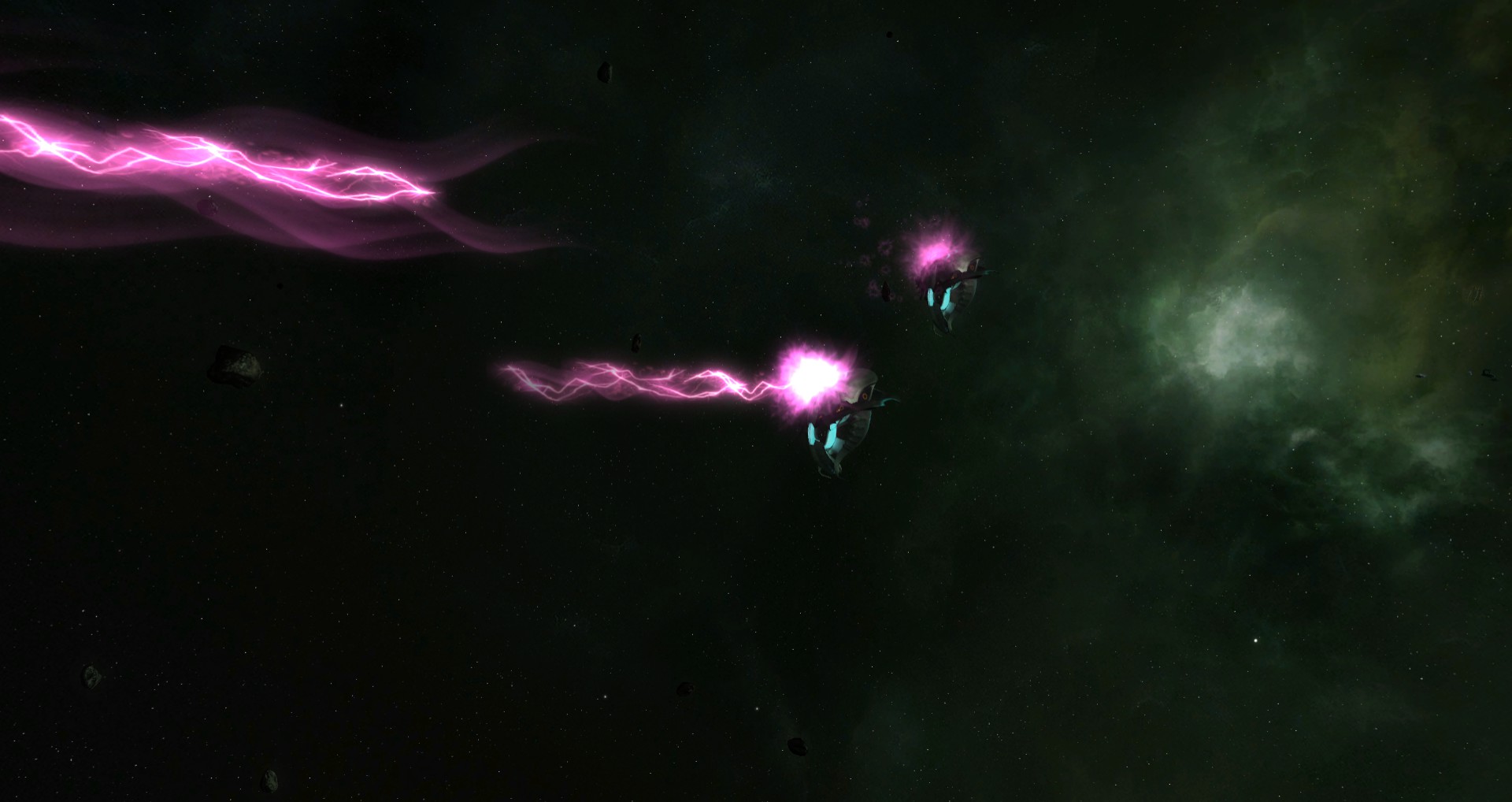 Players who like to customize their game experience will new options to choose from in the E4X/Interregnum minimod pack. Both E4X and Interregnum players can now use these two minimods.

Infinite Research: This minimod adds two new techs, Surviveability Mastery and Weapon Mastery, that slightly increases your units stats. While the research bonus is small, it can be researched 999 times, and represents minuscule improvements by constantly refining existing technology. These techs get more expensive with each research, but allows large Empire's with more money than they can spend something to sink resources into.

More Tactical Slots: This simple minimod increases the number of tactical slots at all planets by 10. For those that like more defensive games. 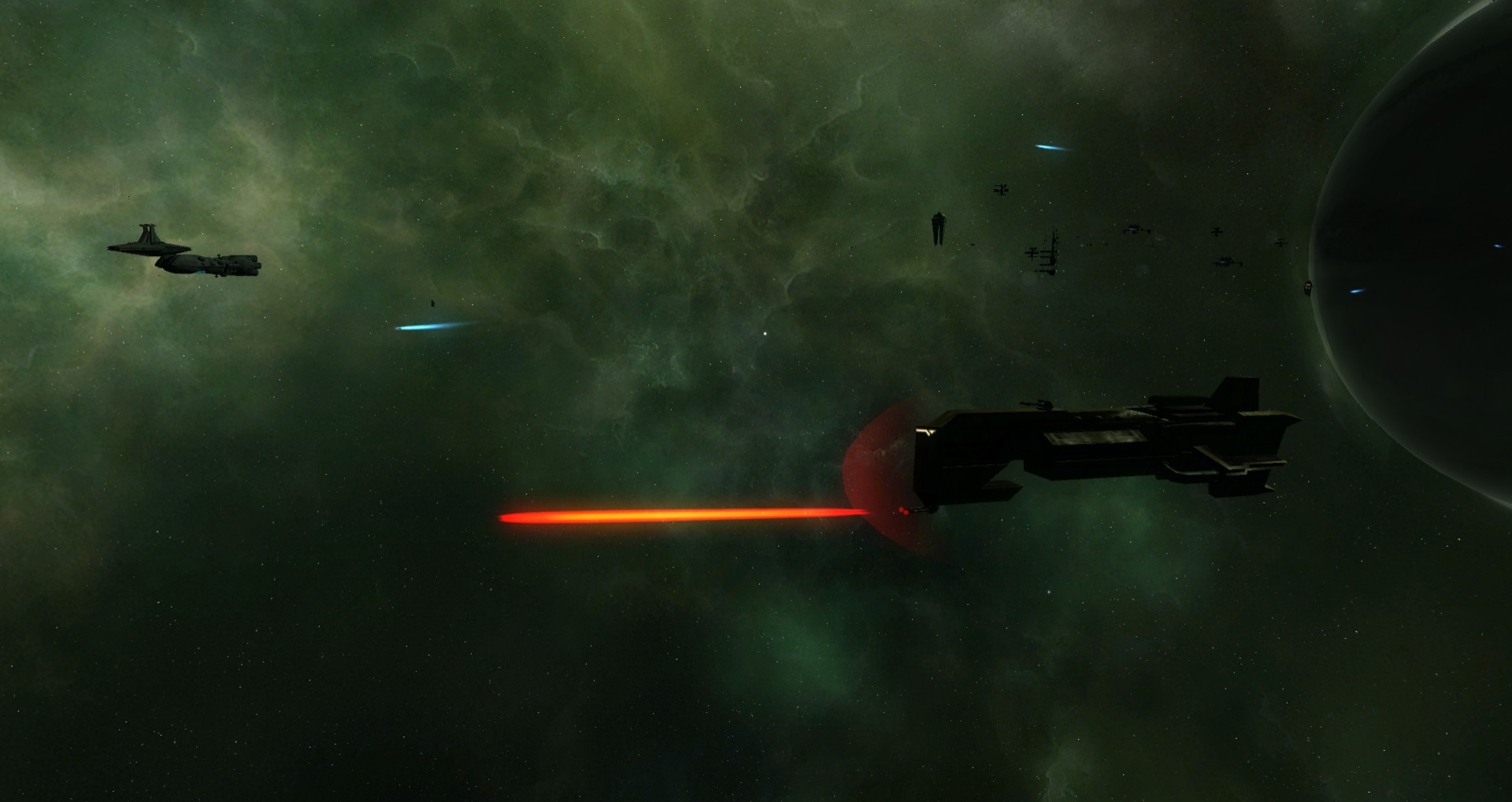 The real big change with this update though is the Beskar minimod for Interregnum. Created by Ahobgoblin, it makes the Mandalorian Raiders a serious threat for even powerful empires, in some ways equivalent to another enemy player. With Beskar enabled, Mandalorian Raiders attack more frequently - combined with the Outlaw Sector DLC and it will not be uncommon for Mandalorian attacks to be ongoing somewhere in the galaxy all the time. Their raids will also be more powerful, especially at higher levels, where multiple capitalships can comprise a raiding force. Most interesting of all however is that the Mandalorians will colonize worlds they conquer, turning them into staging grounds and defense outposts, while also making the galaxy feel more alive.

That said, Beskar is not recommended for all players. This minimod makes the Mandalorians MUCH more difficult without adding any new rewards, and as such new players should not use this minimod. In addition the harder raids will devastate weaker AIs, so you ought to be playing against at least hard or preferably unfair enemies if you are using Beskar, or else the Mandalorians might finish of your foes before you do. In other words, do not use Beskar unless you want a challenge.

With the Mandalorians and upcoming New Republic making their way to Interregnum, finding enough official dialog lines for these factions has been a challenge. We have asked for help with fan voice lines before, and many of you have offered, but sadly it was hard to work with voice actors while also programming and working on art assets during preciously short free time.

Thankfully, a new Interregnum team member, Brutal Theory, as agreed to manage this part of the project. You can find the details of what we need and how to submit voice work here.

To round off our list of fixes, a few improvements to the AI have been made, the Rebel Alliance in Interregnum now starts out with a small task force to improve their early game, and the Victory Star Destroyer's Boron Missile Strike ability animation was reworked. In addition, a new map called "Mandalorian Space" was added to Interregnum, perfect for those wanting to try out every ship in the Mandalorian arsenal.

ill try out some voice acting for you if its still open?

Absolutely! There are more details of what to expect below, and if you're still interested, email interregnumtalent at gmail dot com (after formatting it to a proper email address, sorry for the spam guard).

How do you install it?

This is for Interregnum: Moddb.com

Hey haven't heard anything about interregnum lately so just wondering what is going on with this great mod.

Many thanks for this great mod pack.
Do the zip files here contain the latest fixes to the research as well ?

I downloaded this today, installed it into the mod path file, it shows in the games mod list but when I try to open it I get an error screen that says it can't find the path, I get the option to skip, skip all and break, I can't close the game without force closing it from the task master. It's the same with y of the mods I have downloaded, I'm new to all this and probably doing something wrong, I just don't know what.

Any suggestions would be great.

Could you put the exact text of what it says? I've never heard anyone getting a path not found error while enabling the mod before.

If the game is giving you errors, that really shouldn't be happening either, but maybe it will help us figure out what the issue is.

Not really, there are hundreds of these little pop up error messages. Even if I click Skip all it will load more up. I think I'm going to remove everything on my pc linked with game, and start from Fresh. I think it will be the only option really.

Just one example is fine.

Tried so many different things, from a full uninstall and install, Text FileArchive missing Label.

This is a part of the error I keep getting, and it's a never ending skip pop up.