Sins of a Solar Empire is often described as a 4XRTS game, or a game that tried to merge the action and tactics packed gameplay of a Real time strategy game with the deep, complex, empire wide strategy of a 4X turn based game. It's up to debate whether Sins succeeded in this goal, but I think all can agree that of the 4Xs of "explore, expand, exploit, and exterminate", Sins is much more focused on the exterminate than on the others. This mod seeks to give more depth to the other 3Xs of the game by adding additional game elements or refining the existing ones to reward players who give more strategic thought to the non-combat side of the game. Combat will still be the center point of the game, but players will find that the non-combat options available will be much more rewarding. Spying, exploring, sabotage, diplomacy, culture, and economic development have all been added or changed in innovative new ways. Regardless of what you think Sins is, this is the 4XRTS it should have been.

For those new to the mod or wanting more details on the features, check out the Beginners Guide.

Details about installing the mod or technical problems can be found here. 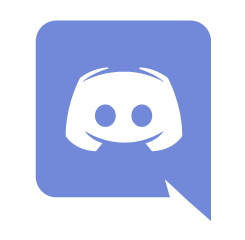 It has been a few months since Stardock and Ironclad games surprised us with the Minor Factions DLC and the version 1.93 update. Since then, we've been working hard to figure out all the possibilities with these new features, and are now pleased to give you a highlight of what is in store, with the goal of releasing updates soon after Rebellion is updated to version 1.94.

You can now download the features discussed in this article in Alpha 3.4 for Rebellion 1.94.

Also, if you did not purchase the Minor Factions DLC, no worries, while most of these changes won't affect you, no features are being removed and a few quality of life improvements will still benefit you. 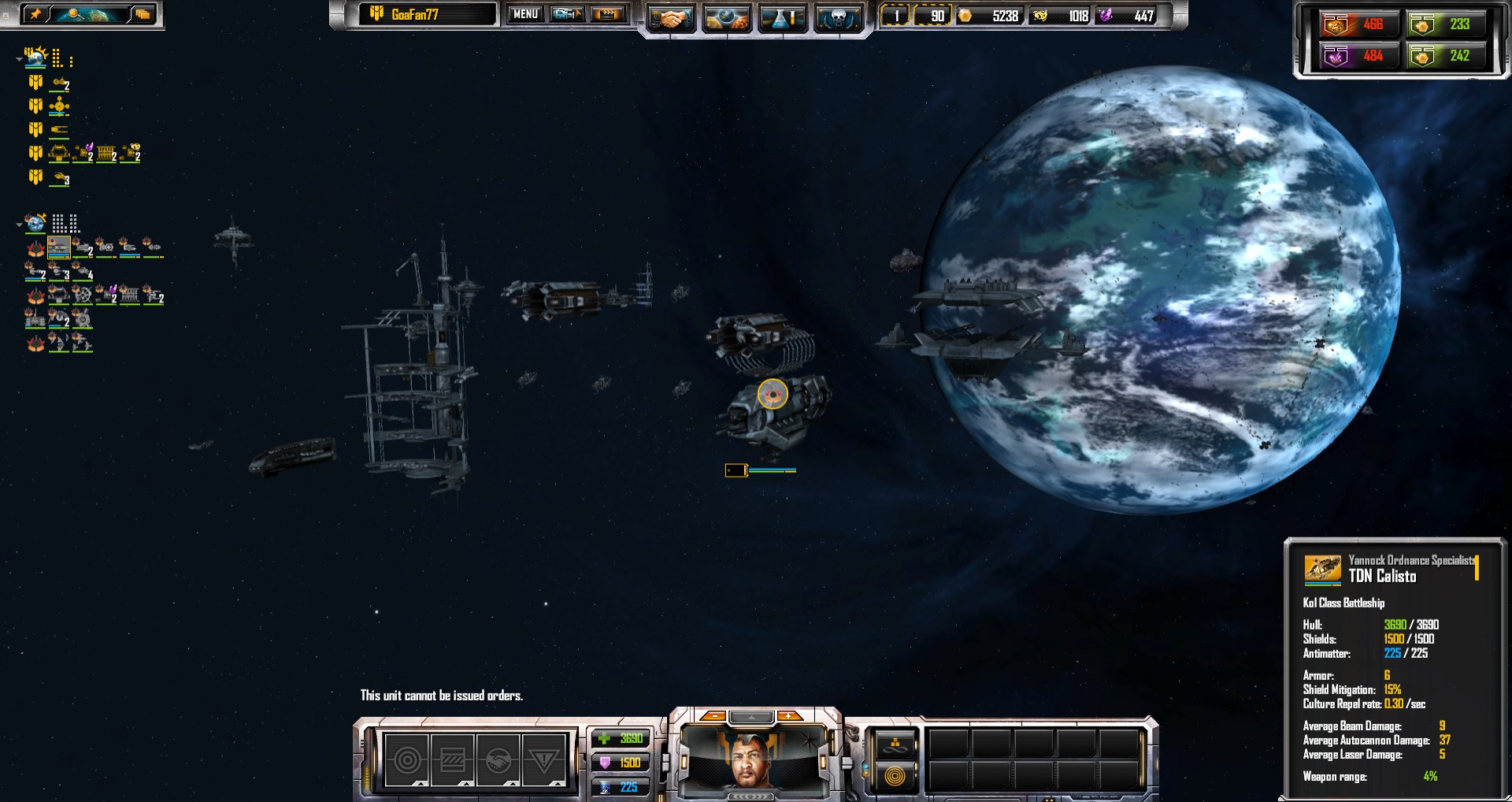 A big goal of my work in modding has been to make the galaxies of Sins of a Solar Empire feel more alive with interesting things to explore and even "random encounter" NPCs to deal with. The new Minor Factions feature is an extremely powerful tool to accomplish this living galaxy, and one this update is largely based on.

One big benefit is that the embassy system in these mods adapts perfectly to the new mechanic of getting Minor Factions to join you via envoy ships. Rather than needing to spam even more envoys, you can just build an embassy at the minor faction world and let it capture the faction for you. This saves fleet supply and makes managing all those worlds a tiny bit easier.

Second, minor factions worlds have been made a bit more substantial compared to vanilla. Each Minor Faction now controls a capitalship or similarly powerful defenders, as well as more tactical structures. This ensures they can better defend your embassy from rival powers, as well as discourage more aggressive players from destroying the minor faction completely. Minor factions also have a greater array of helpful civic structures should you capture them. Each minor faction has at least 2 logistical structures, 1 trade port as well as research labs, culture centers, and refineries that can all help them serve your empire.

Third but most importantly, all minor factions now have at least one unique special ability. The special abilities are the Minor Faction's most interesting feature, and a few of the more boring minor factions now boast the ability to permanently boost mining income at a given planet, build planetary defense weapons on your planets, increase hull regeneration rates, and more. A number of wider ranging balancing changes were also discussed, but since minor factions are so new we ultimately decided to wait for a bit more feedback before implementing more radical changes. However, I'm confident these changes will make each minor faction feel more polished, useful and consistent. 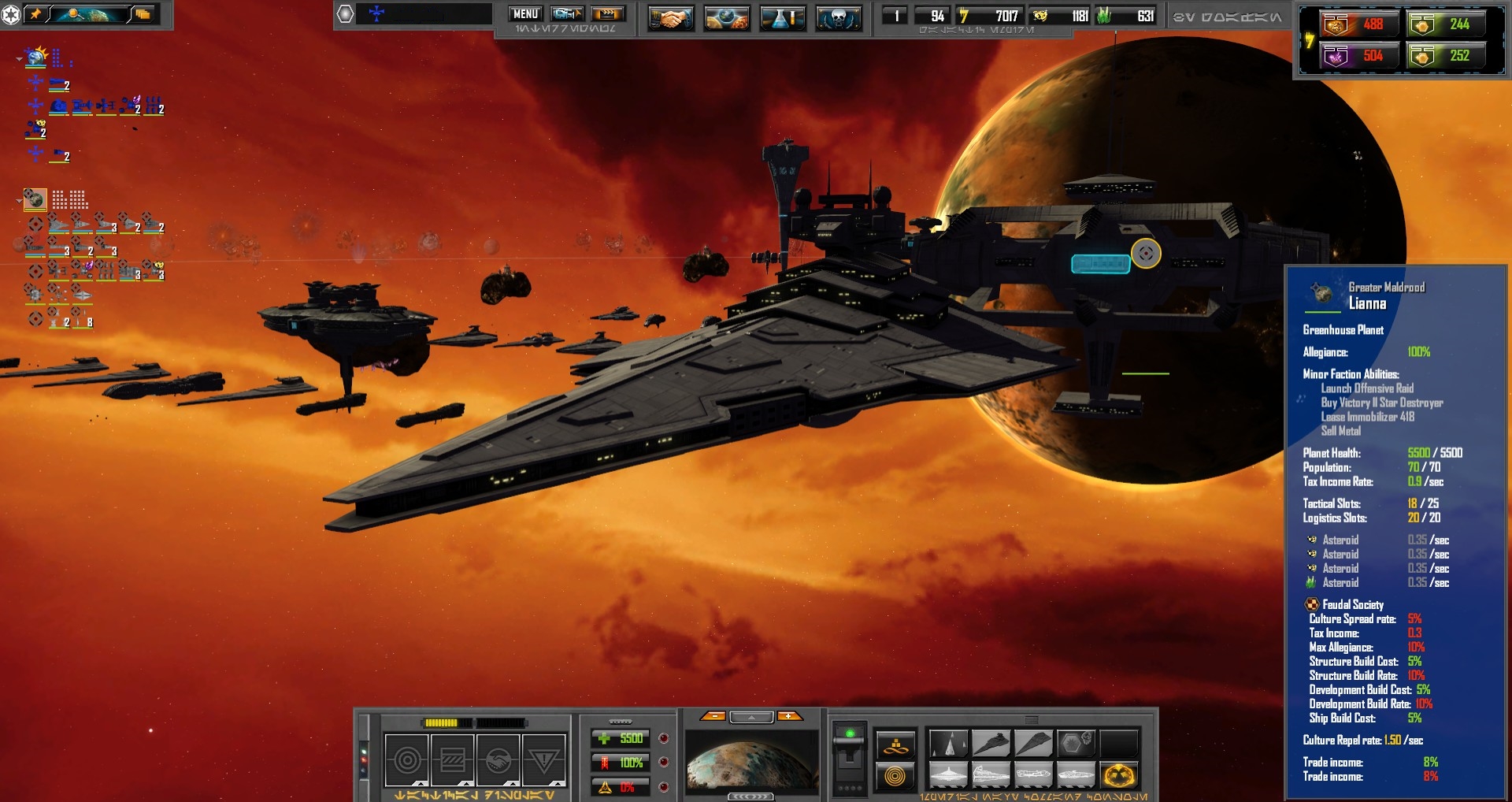 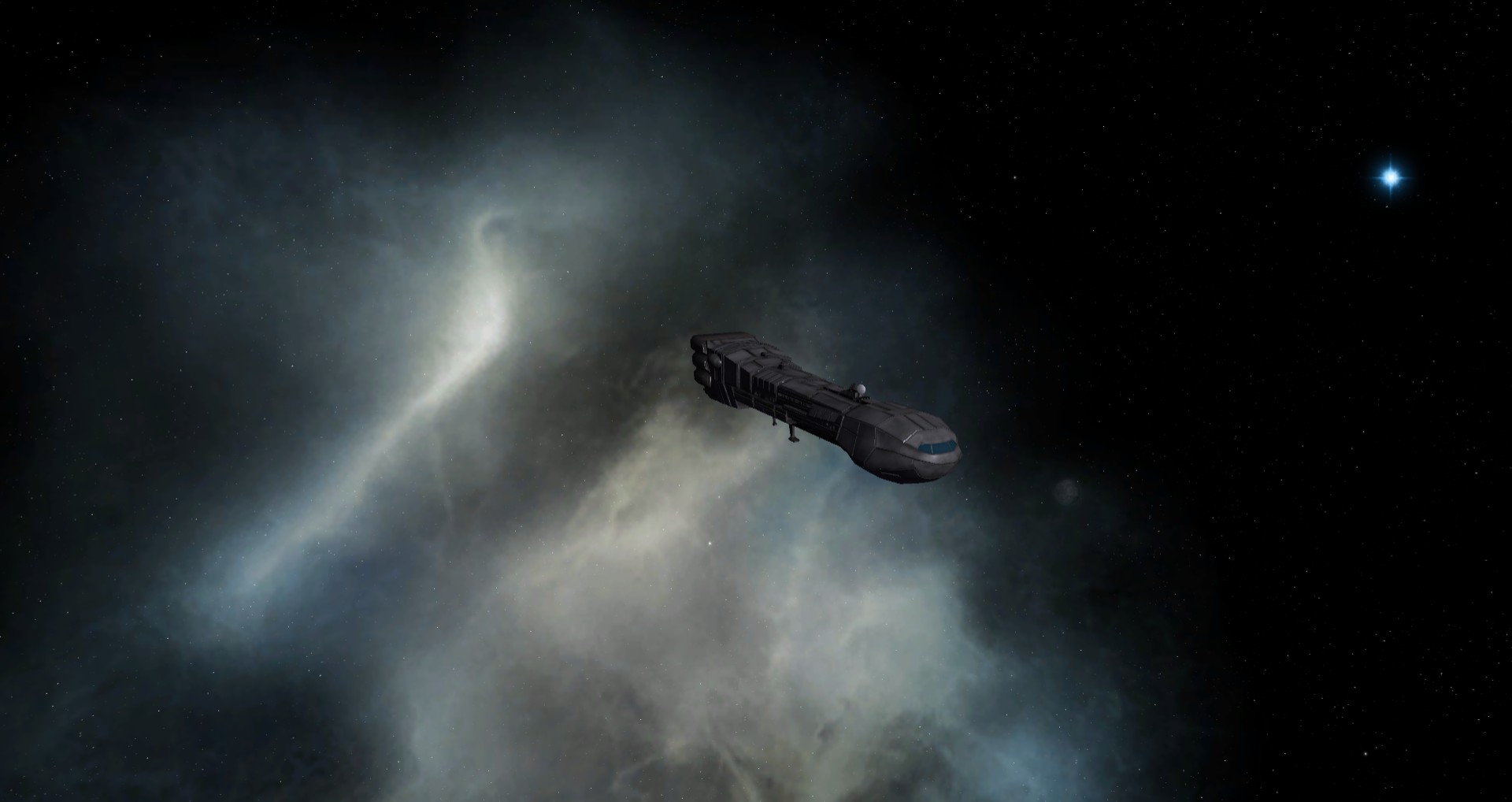 Despite all the Minor Faction excitement, we are continuing our efforts to update the graphical quality of the mod as well as incorporate new models for the New Republic and perhaps a few commonly requested additions to existing factions. The next Interregnum update will feature new and updated models from the likes of such modelers as Maxloef, Jeroenimo, Warb_null, and Dolynick. Dolynick in particular has been a fantastic help of late, and his visual work will be rolling out for many updates to come. In fact he's now making the first new dedicated graphics mod for Sins in years, and is definitely worth checking out. 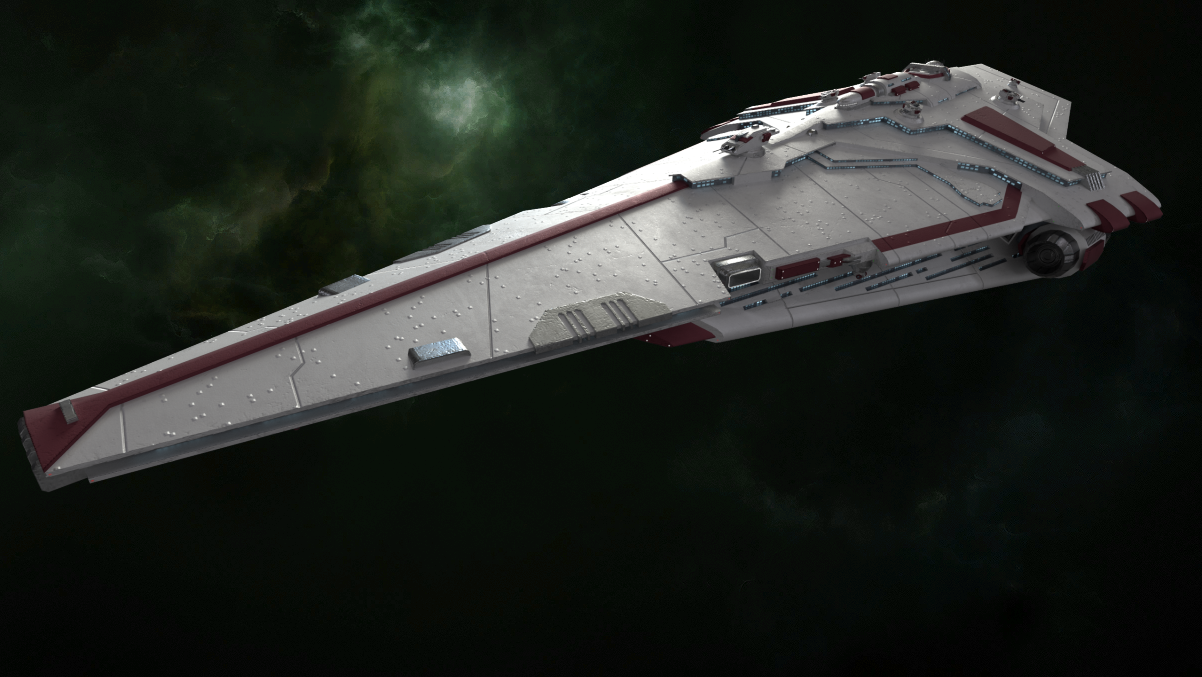 I hope you as are excited for this update as we are, and we hope to release it to you soon after update 1.94 is released for Sins of a Solar Empire: Rebellion.

Find out what's new in the new Enhanced 4X Mod and Star Wars: Interregnum updates, join the new community discord channel, learn more about one of the...

The three types of Sins mods

GoaFan77 shares his thoughts on the three different types of Sins mods.

The Enhanced 4X Mod and Star Wars Interregnum have been updated again for the Sins of a Solar Empire Rebellion 1.90 update. Major new changes to balance...

A quick briefing of the changes to Star Wars Interregnum and the Enhanced 4X Mod this month. Warning: Includes Starbases and Mandalorians!

A series of optional minimods for the Enhanced 4X Mod and Interregnum to allow the player to customize their experience. Please read the entire description...

A series of optional minimods for the Enhanced 4X Mod and Interregnum to allow the player to customize their experience. Please read the entire description...

A modified galaxy forge tool, allowing you to make maps with all the new planets, ships and planet bonuses E4X adds. Includes icons for the new E4X planets...

Hey is anyone else having problems with the Faster combat minimods (both regular E4X and INT E4X)? In the mod description it says that ships health values are halved but when i make TEC ships with the minimod on they retain their vanilla health values.

Hmm, where does it say that? I believe what it actually does is increase all ships weapon damage...

Hey Goa, how much of a performance impact do you think overclocking my 8700k from 5.0 to 5.3ghz will make in this game? 3-5 constant extra fps with E4X+Deathmatch+Doublefleet supply + Sins Remastered maybe? Since this game (best rts of all time btw) runs on the prehistoric Iron engine built for Pentium 2 processors I’m forced to OC atleast one of my cores and set the games cpu affinity to that designated core. Ohh, what I’d do for a 64bit/multi core ready remaster of this game.

Do you even think bothering to push my OC past 5ghz is worth it?

This seems to help

Every little bit helps, but I'm afraid I am not knowledgeable enough about PC hardware to tell you if you'll notice a difference with 5.3.

No doubt, that's what I figured aswell. I've been able to push it to 5.2ghz and I'm getting maybe 1-3 more fps on average. As I recall Goa, back in the day there was a submod (I believe you hosted it, could be wrong) that condensed all fighter squadrons into one "Super fighter", that mod helped tremendously in reducing the untenable framerate, especially at the time (long before the Sins anniversary 1.9 patch). The obvious inquiry to be made here is do you know where I can download such a mod or could you possibly go out of your way to make it for me and the others struggling with performance here? Finally, there's the issue with trade ships, I've got the trade icons off, but obviously regardless of what steps I take the little bastards are still floating around out there in droves. Does a mod that cuts down on there number or even outright removes them from the game exist, or maybe even some line I can edit in E4X that would cut down on there number? Thank you for your time man.

EDIT: There's also the matter of outright removing mines from the game, but you've already so radically reduced there number I doubt removing them in there entirety would help all that much.

I think that was for a different mod. E4X already reduces fighters per squads and takes measures to reduce the number of squads in game, so I've never made a 1 fighter per squad minimod. With the Rebellion 1.95 patch changing the AI to auto dock fighters outside of combat lag due to strikecraft should be better than its ever been.

E4X already lowers the amount of trade and refinery ships per structure as well.

Thanks Goa, looks like I'll be dropping the double fleet supply addon for now then. Simply put, 2fps is more than just a little bit untenable at times. Otherwise, your mod serves to perfect the vanilla game far more so than any other and has succeeded amicably in dramatically increasing the depth of Sins. It's overall great. When I'm running double fleet supply against 3 unfair AI, I've noticed the lag becomes so intense I cannot even enjoy the visual splendor of the battles and on many occasions in ones life I've found that more often than not one cannot have everything as he desires. We can only hope for a Sins 2 or Sins remastered to rectify this.

This mod is better than a lot of paid games out there...