Some of you may heard it already: one focus we've developed Fleet Operations on is multiplayer. When Armada 2 was released in 2001, its online playing capabilities were nothing too extraordinary for its time. However, it is remarkable that even now after nearly 10 years its online channels over at GameSpy still weren't just turned off like it happend quite a lot with much newer game titles.

Some of you may heard it already: one focus we've developed Fleet Operations on is multiplayer. When Armada 2 was released in 2001, its online playing capabilities were nothing too extraordinary for its time. However, it is remarkable that even now after nearly 10 years its online channels over at GameSpy still weren't just turned off like it happend quite a lot with much newer game titles.

Still, the age of this service creates a few problems, usually resulting in various connection problems where players can't join or host games, despite all firewall and router settings were set up correctly. This deteres a lot of people from playing Fleet Operations online.
Our online community began looking for alternative ways of playing with others over the internet and found not too long ago Tunngle. Tunngle is a quite new peer to peer VPN client, that allows people to meet in a lobby based chat and start games over the internet. Through some dedicated people from our online gaming community, Fleet Operations got its very own lobby in their network.
We have been working with the Tunngle developers for 3.1.3 to bring you a one-click solution to play Fleet Operations online through Tunngle. All you need is their client installed and a account set up. You can get it at Tunngle.net . After that you just have to go to the Fleet Operations multiplayer screen and click the Tunngle button there.

Of course that is not everything that 3.1.3 features. We've got some interesting new special weapons, an enhanced AI, a lot of improvements to overall balancing and included many new community created maps. I'd recommend you read the changelog below.
Special thanks to Beat2k10, Boggz, funnystuffpictures, Njm1983, Phoenix and Stardust for their well made maps! Thanks to everyone for input regarding the balancing and bug reports through the forum and email. Have fun with 3.1.3 everyone!

Patch 3.1.3 is only compatible with a previous 3.1.x installation. Patching an earlier version (3.0.7 and below) will result in a corrupt installation. 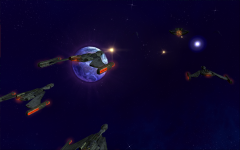 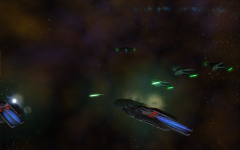 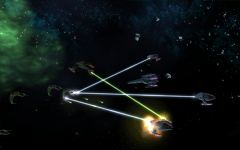 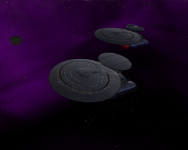 Haven't played Star Trek: Armada II in years but I think I'll hunt it out to install this mod as it looks pretty interesting

trust me this mod will get you playng the game again just as if it was brand new, thats how good it is lol.

Just wish you would optimise your mod also for Nvidia cards.. I have a quad core and still its laggy as soon as something explodes.. I would use ATI card but that gives me other problems on many other applications so it's no solution for me.

Yep dl and play the mod it's very cool.. Totally different back to roots aka Armada1 but far more advanced.

That is a problem that is traced back to the inefficient way that the A2 engine handles explosions.

Great update as usual, but I'm not too keen about the locked in window mode. There's just way too much too small text for a 15" 1680x1050 screen.

I want to play this mod, it looks good. But finding someone who sells the game is going to be nearly imposibble in sweden, but im going to try...