A new detailed description of an aspect of the mod I have been working on recently.

Its been another busy month and the completion of my 2nd level is near. The past month of devtime has mostly been spent on a first person cut-scene , AI interaction and setting up visarea and portals in another building even more complicated than the last.

In most games cut-scenes are performed by animated objects, (animobjects in Cryengine) these objects can have physiscs applied to them but cannot perform dynamic ai actions because they do not have the ability to run complex ai scripts. What I am attempting to do is use AI for as much of the cut-scenes as possible so the cut scenes play out slightly differently on each run.

To achieve this, I am using an ai_anim node in the Cryeinge flowgraph tool. The ai_anim node makes an AI character in the game perform a selected animation when triggered to do so. The only issue with this is that the animations available to ai entities are far less than animobjects, therefore to use AI in a cutscene, I often have to play an animation on an animobject, and then use a script function to hide the animobject and replace it with an ai entity at a specific time in the cut-scene. 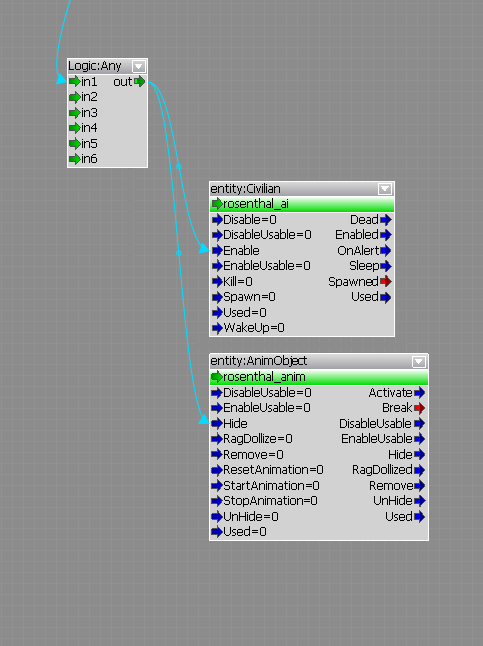 Sounds and dialog can be triggered in the trackview tool or by soundeventspot entities or dialog entites. 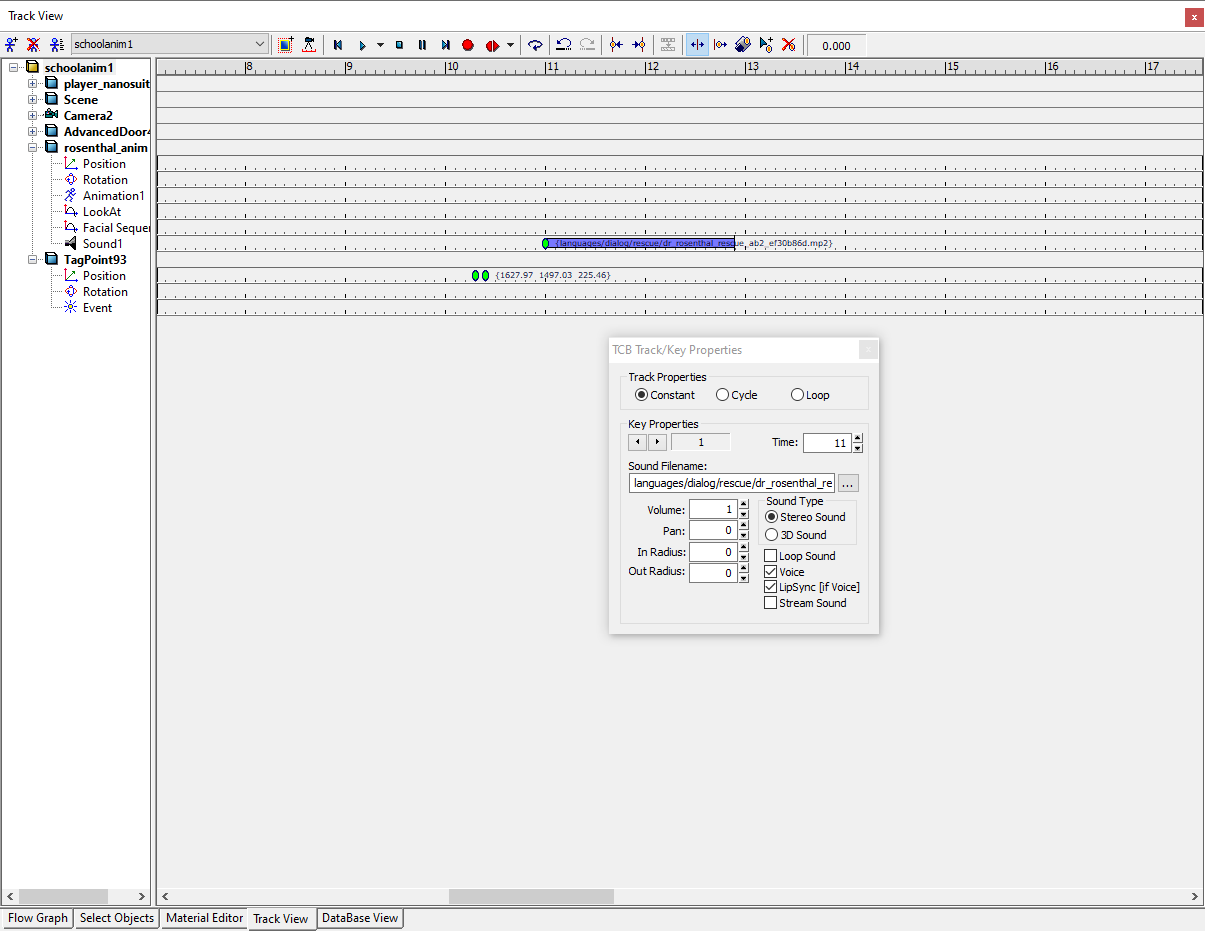 At the end of this particular cutscene you have to escort a hostage to a location, that part of the flowgraph looks like this. 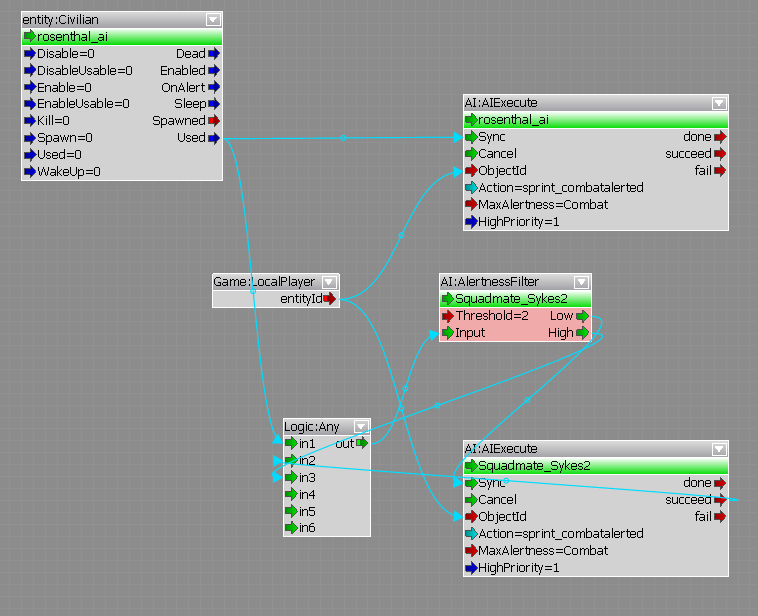 Note were just giving Psycho the alertness filter node so he will engage enemies and then continue to follow the player when the threat is eliminated. Also note I set the flowgraph to execute when the rosenthal AI is used. civillian AI entities can be made usable in the entity properties so when you walk up and hit f he will start following you, if you hit f again he will stop. this is how you can direct him to a safe point away from enemies.

I am going to try to provide updates on the progress of the project on a monthly basis going forward and I am toying with the idea of releasing one of my levels one I have a few more things worked out. I look forward to the next one, thank you for your interest in my mod! 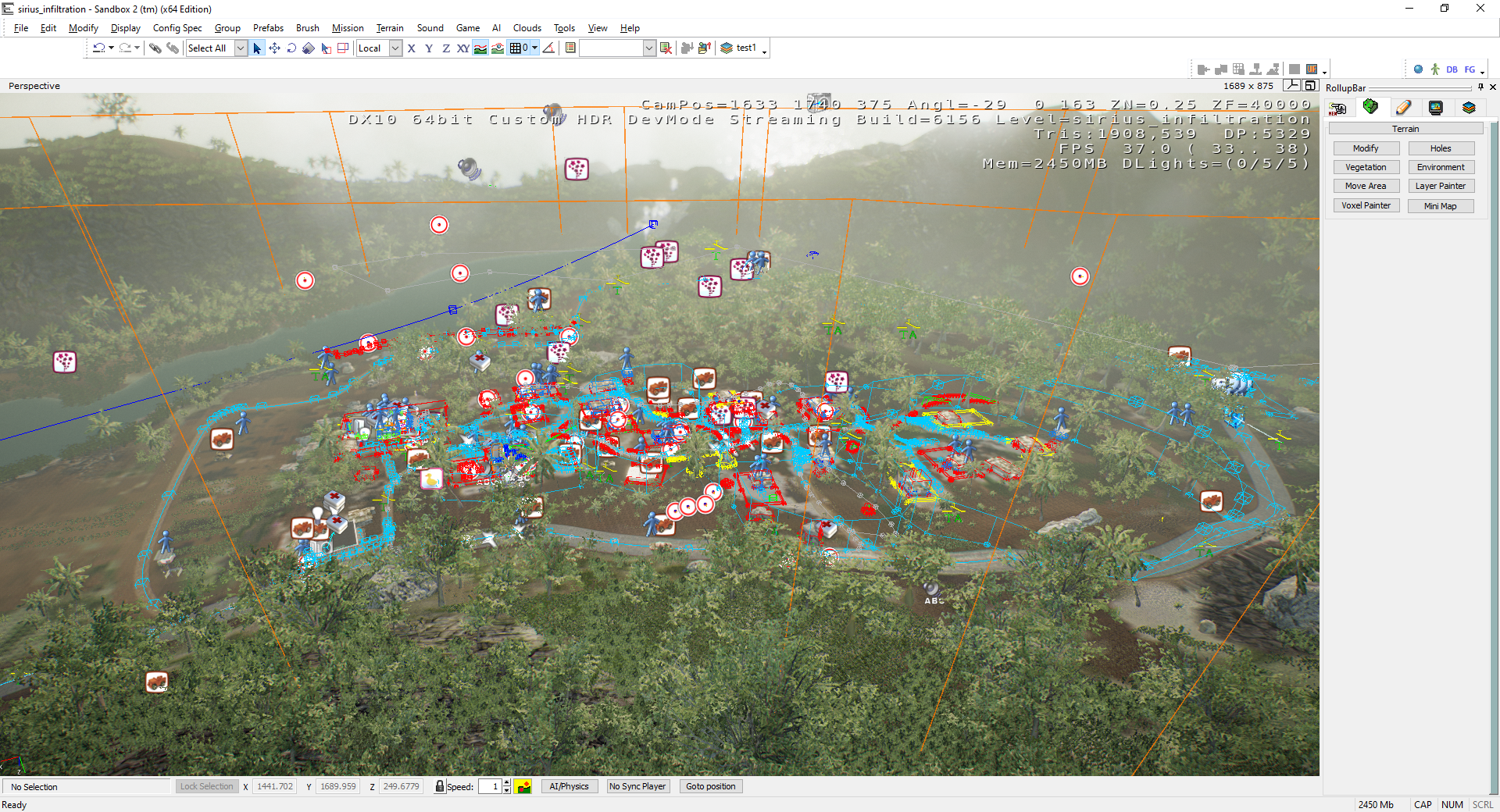 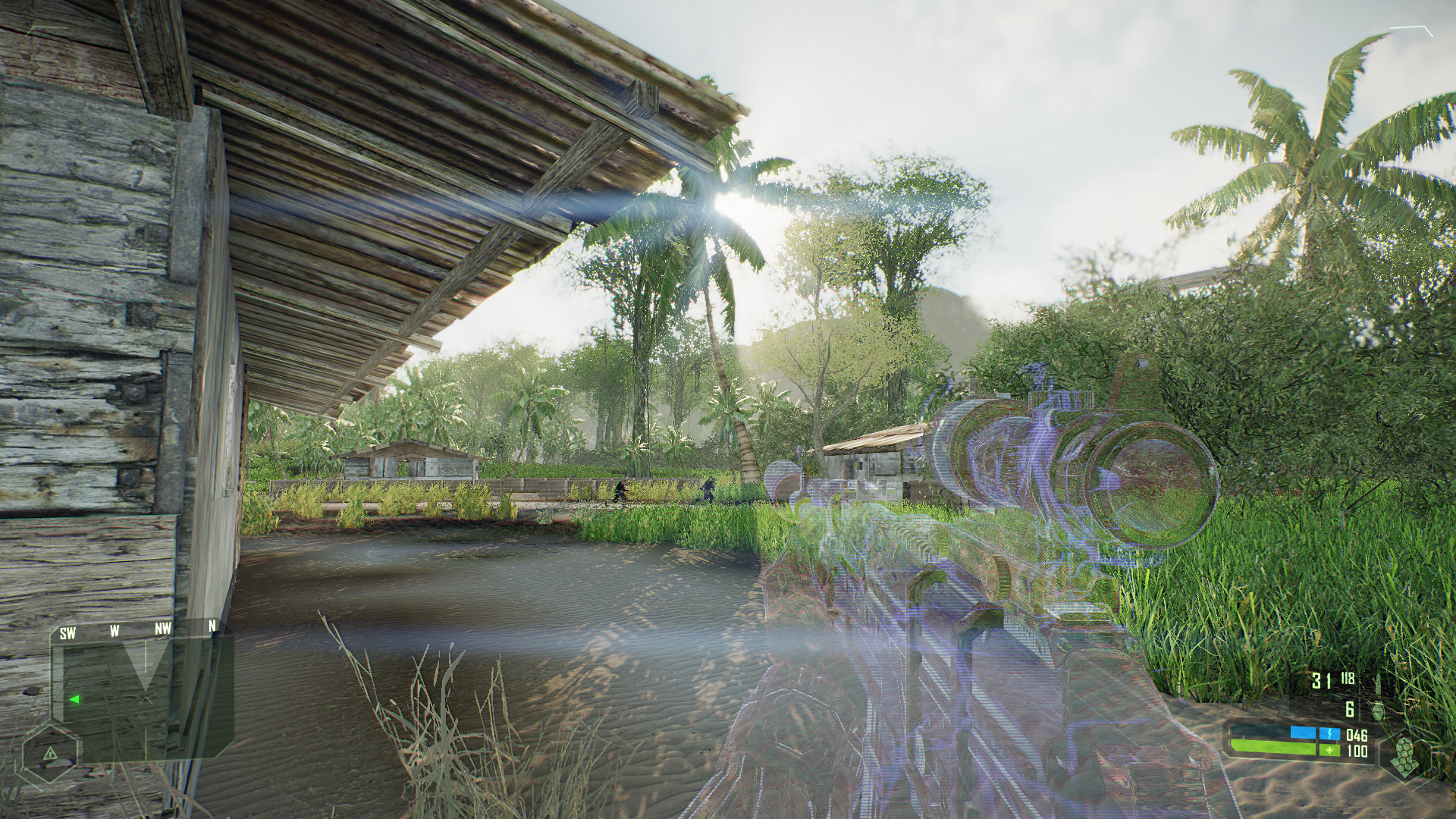