The Sarmatians were a nomadic Indo-Iranian people. They included the Alans, Aorsi, Iazyges, Roxolani, and Siraces as well as other peoples, the names of some of whom did not survive history. They were originally associated with the plains north of the Caucasus Mountains between the Black Sea and Caspian Sea, but they spread westward and southward in the late centuries B.C.E. and early centuries C.E., when their history converged with that of the Germanics. Some among them, the Alans in particular, settled in western Europe. 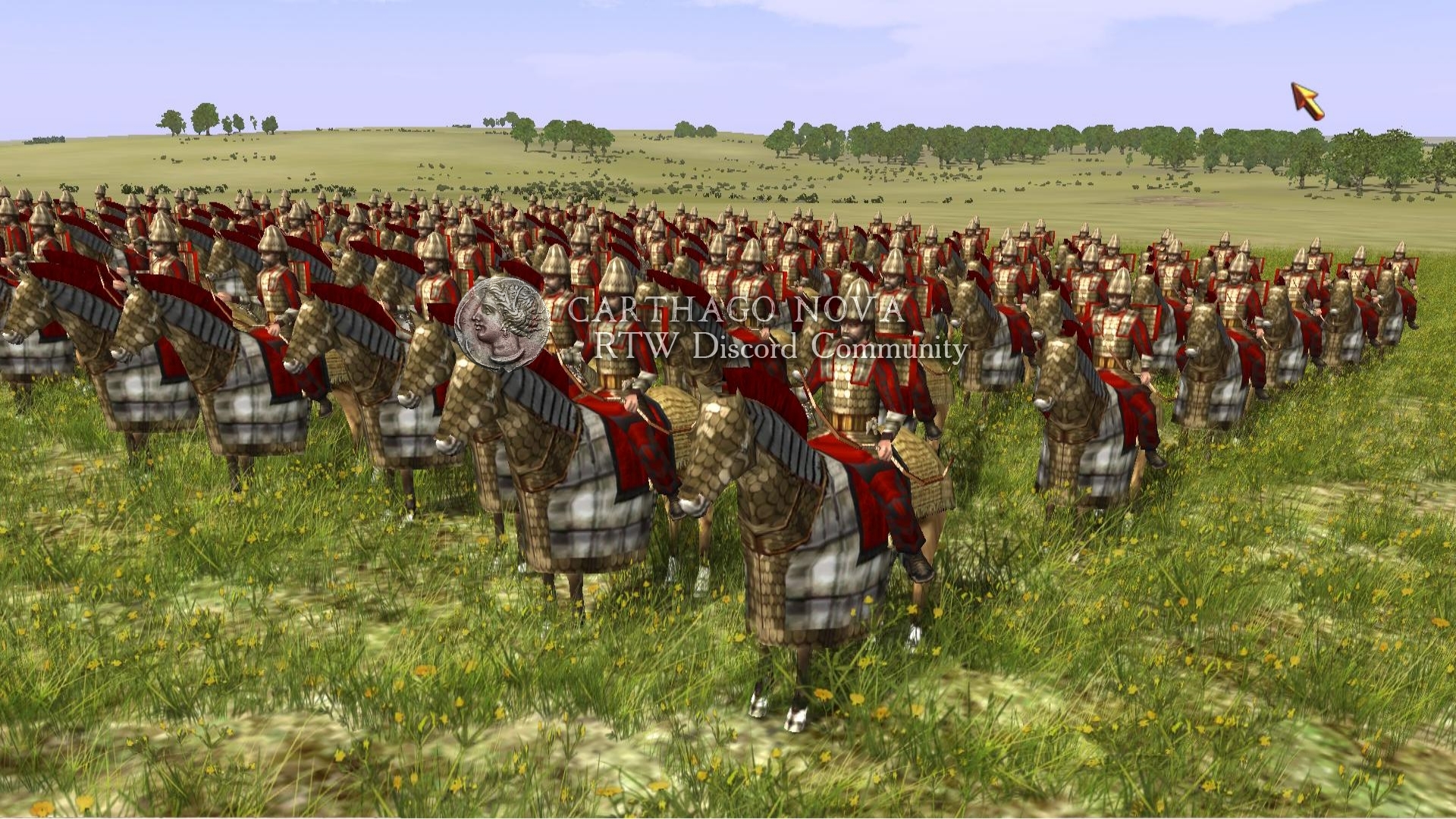 ORIGINS
By the fifth century B.C.E. the nomadic Sarmatians, known for their riding skills and
horse breeding, lived on the Eurasian steppes, between the Volga River and Aral Sea, after
they had branched off from other Iranianspeaking peoples. By the second century B.C.E.
some among them lived west of the Don River. Some eventually settled in the Balkans; others
settled in the Caucasus. 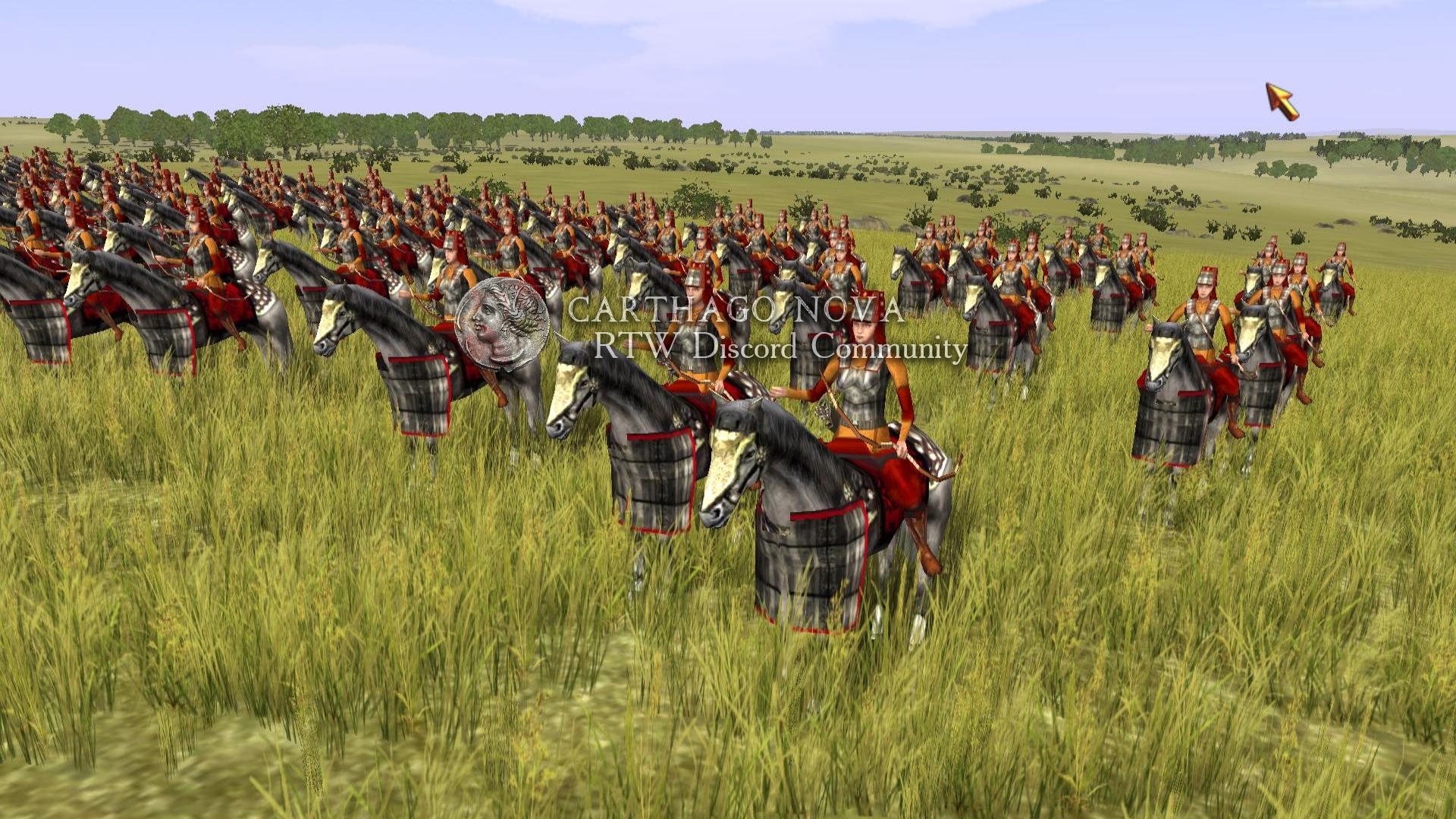 LANGUAGE
The Sarmatians spoke an Iranian language, part of the Indo-Iranian family (the eastern branch
of Indo-European). One of the Sarmatian dialects, Ossetic of the Alans, survives to this
day among the OSSETS. The Sarmatians and Scythians of the same language family have
been referred to as European Iranians. 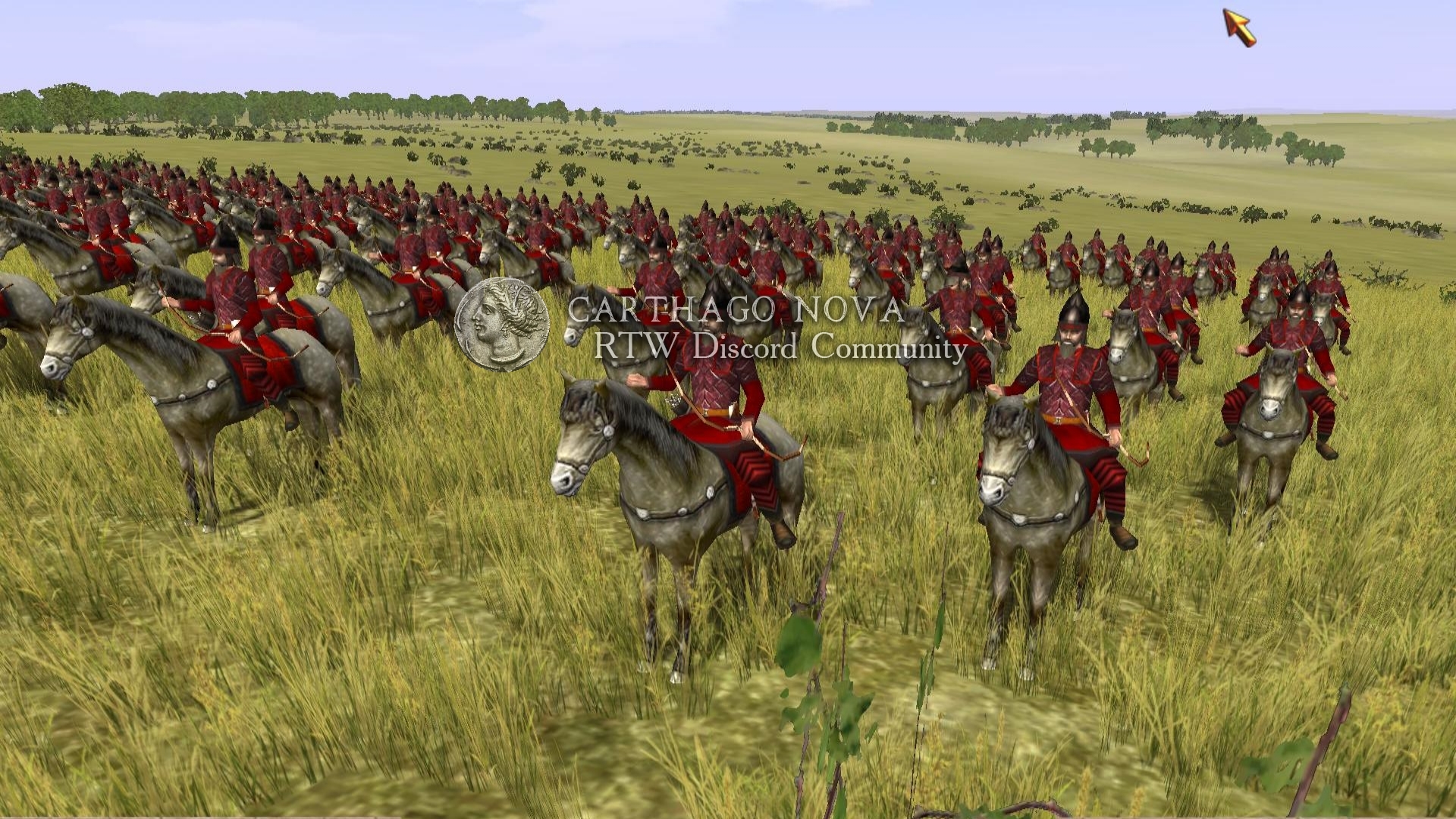 HISTORY
From Sythia to Sarmatia
The first mention of a people who were probably Sarmatians is by the ancient Greeks. The historian
Herodotus mentions a people, the Sauromatae, living east of the Don River (which,
according to the ancients, was the dividing line between Europe and Asia) in the fifth century
B.C.E. To the west of the Don were the Scythians. Greek texts of the fourth century B.C.E. mention
the Syrmatae west of the Don, competing with the Scythians, earlier nomads from the Eurasian
steppes, for territory. Archaeological findings indicate that the Sarmatians controlled much of
Scythia (a general term referring to Scythian territory in eastern Europe) by the third century
B.C.E. Much of this territory was referred to as Sarmatia. Inhabitants of present-day Ukraine
who had been known as Royal Scyths became part of the Sarmatian coalition. 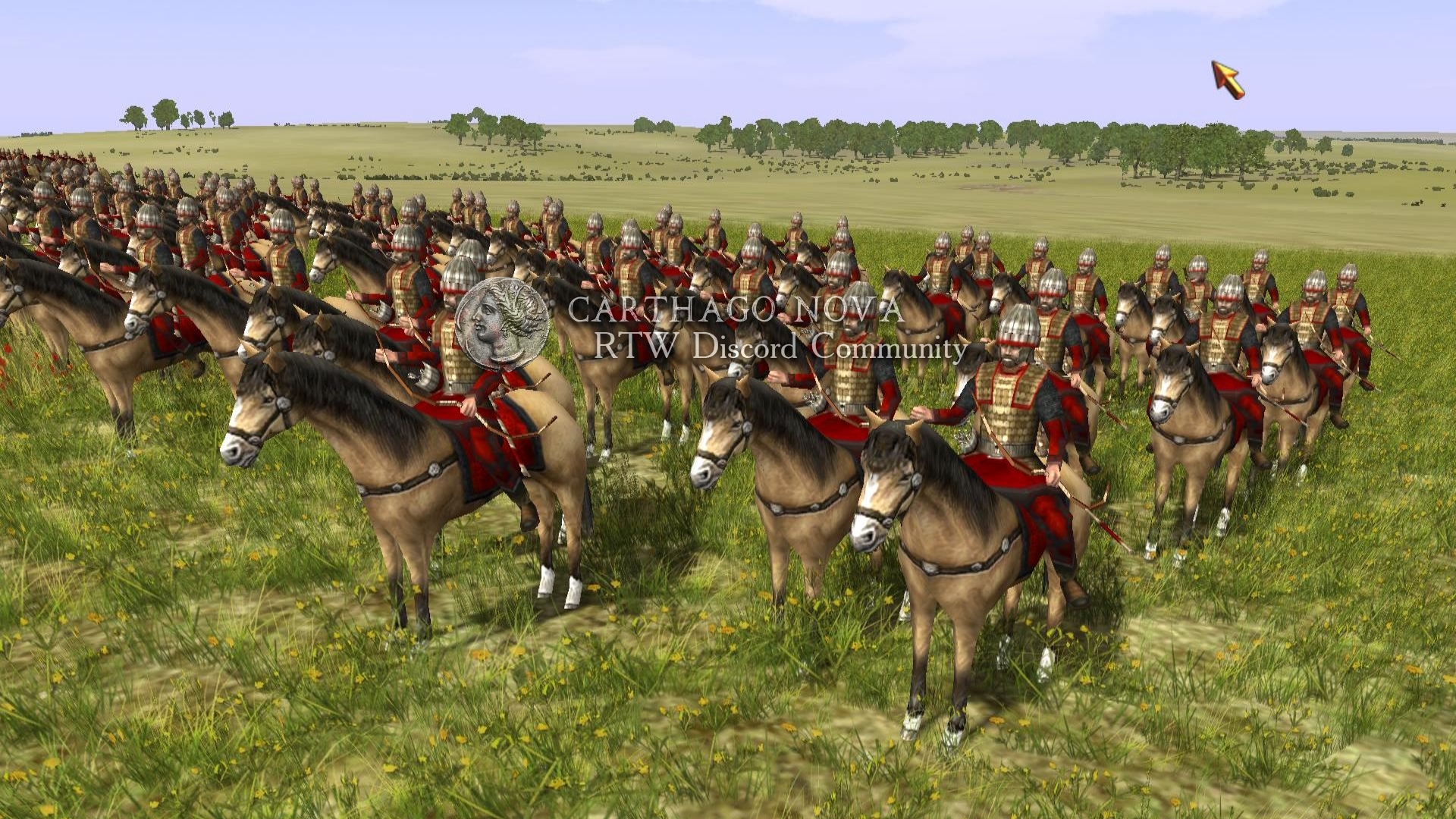 451 Sarmatians fight on both sides in battle between the Romans and
Visigoths against Huns. 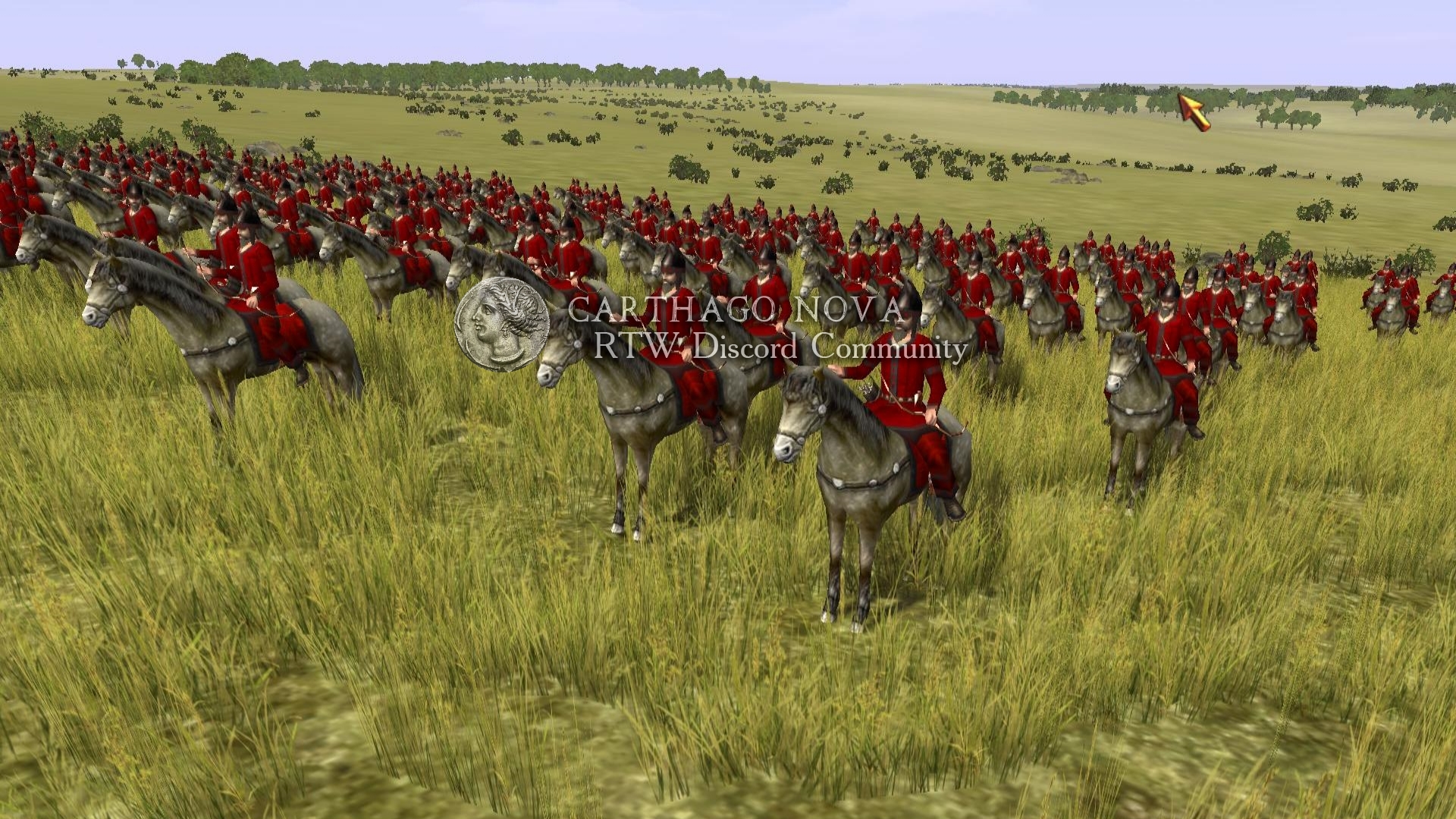 Allies against Rome
West of the Dniester in present-day Moldova and Romania the Sarmatians displaced, absorbed, or made alliances with Getae and Dacians. The Bastarnae, considered the easternmost of the Germans, who settled in Sarmatia by the third century B.C.E., probably consisted of Sarmatians as well as Germans and Celts. Early Sarmatian names known from the second century B.C.E. are those of King Galatus and Queen Amage, who signed a peace treaty in about 179 B.C.E. with the king of Pontus, a civilization in Asia Minor in present-day Turkey. The next century Sarmatians, recorded as Iazyges, joined King Mithridates VI Eupator (Mithridates
the Great) of Pontus in his wars against Rome. The allied forces were forced to retreat to the
Crimea in present-day Ukraine by a Roman force under Pompey in 66 B.C.E. Mithridates, facing
capture, ordered a slave to kill him. The Sarmatians continued to fight under Mithridates’
son, Pharnaces II, but the allies were defeated by Julius Caesar in 47 B.C.E. at Zela (modern Zile in
north-central Turkey). After this victory Caesar sent back to the Roman senate his famous message
Veni, vidi, vici (I came, I saw, I conquered). Sometime after 20 C.E. the Iazyges crossed
the Carpathian Mountains and settled on the Hungarian Plain in present-day Hungry along
the Tisza River. Later, in alliance with Dacians, Sarmatians carried out attacks on the Romans,
whose legions guarded the Danube limes (border). They were known to have penetrated
present-day Bulgaria south of the Danube during the reign of the Roman emperor Nero. 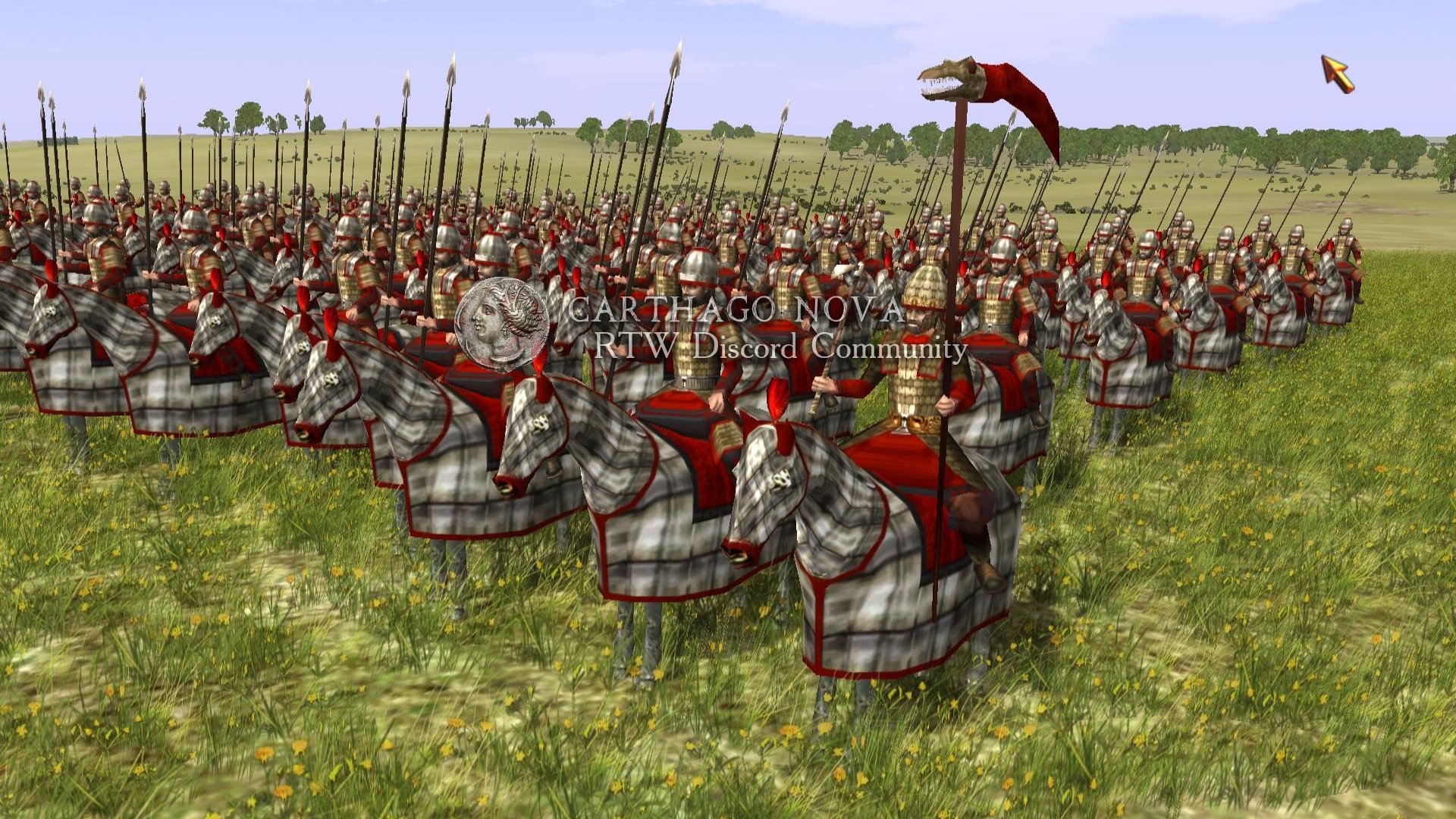 Sarmatians and Germans
In the second century C.E. Sarmatians also became allies of Germanic peoples against
Rome. In 168–175 the Roman emperor Marcus Aurelius waged successful warfare against the
MarcomanniI, Quadi, and Sarmatians, mostly Iazyges, restoring the Danube frontier. Aurelius,
who took the name Samarticus, conscripted 8,000 Iazyge cavalry and sent 5,500 of them to
reinforce Roman forces in Britain in frontier units of 500, some of them along Hadrian’s Wall
In the third century the Goths expanded their presence in occupied Sarmatian lands.
More and more Sarmatians migrated southward. The Alans migrated to the southeast to
the northern foothills of the Caucasus and the Roxolani, probably to the Hungarian Plain with
the Iazyges. In 332 when the Iazyges were attacked by the Goths the Roman emperor Constantine I
went to their aid. During this period Sarmatian slaves (Sarmati Limigantes), who had been
armed by the ruling class (Sarmati Argaragantes) against the Goths, revolted and drove
them from their homes. Constantine helped them by establishing Sarmatian communities
in the Balkans, in present-day Italy, and in Germany on the Rhine as buffers against the
Germans. Constantine’s son, Constantius II, also settled Sarmatians in parts of the Roman
Empire as allies. Some among the Sarmatians became allies of the Visigoths and Quadi, however. The
Roman emperor Valentinian I waged successful war against an allied force in 373–375. In 378
Theodosius I defeated the Tizra Sarmatians, who had continued their resistance against Rome.
By the late fourth century the Huns, advancing from the east, were seizing lands held by Sarmatian and Germanic groups; the period is considered the end of Sarmatia. Some Sarmatian peoples maintained independence, while others fell under Hunnic control.Sarmatians were part of the great army assembled by Attila that invaded Gaul in 451. Some Alans, who had earlier invaded Gaul with Vandals and Suebi, fought against them asallies of the Romans and Visigoths. In the sixth century some Iazyges merged with the Lombards and settled northern Italy with them. 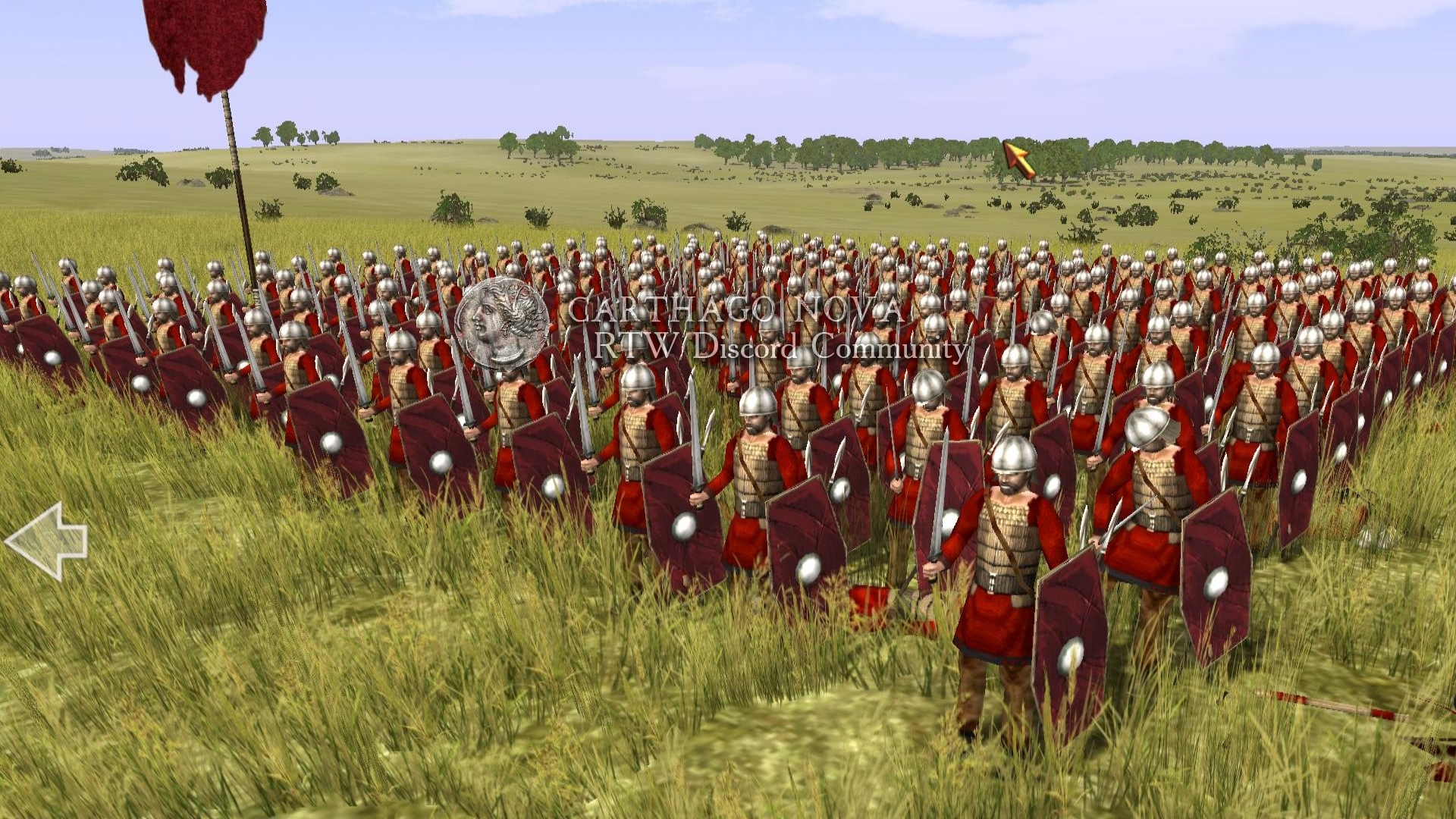 Economy
The nomadic Sarmatians kept herds of horses and other livestock and were known in ancient
times for their horse breeding but did not practice agriculture. They hunted and raided other
peoples for food, sometimes enslaving farmers and living off their produce. 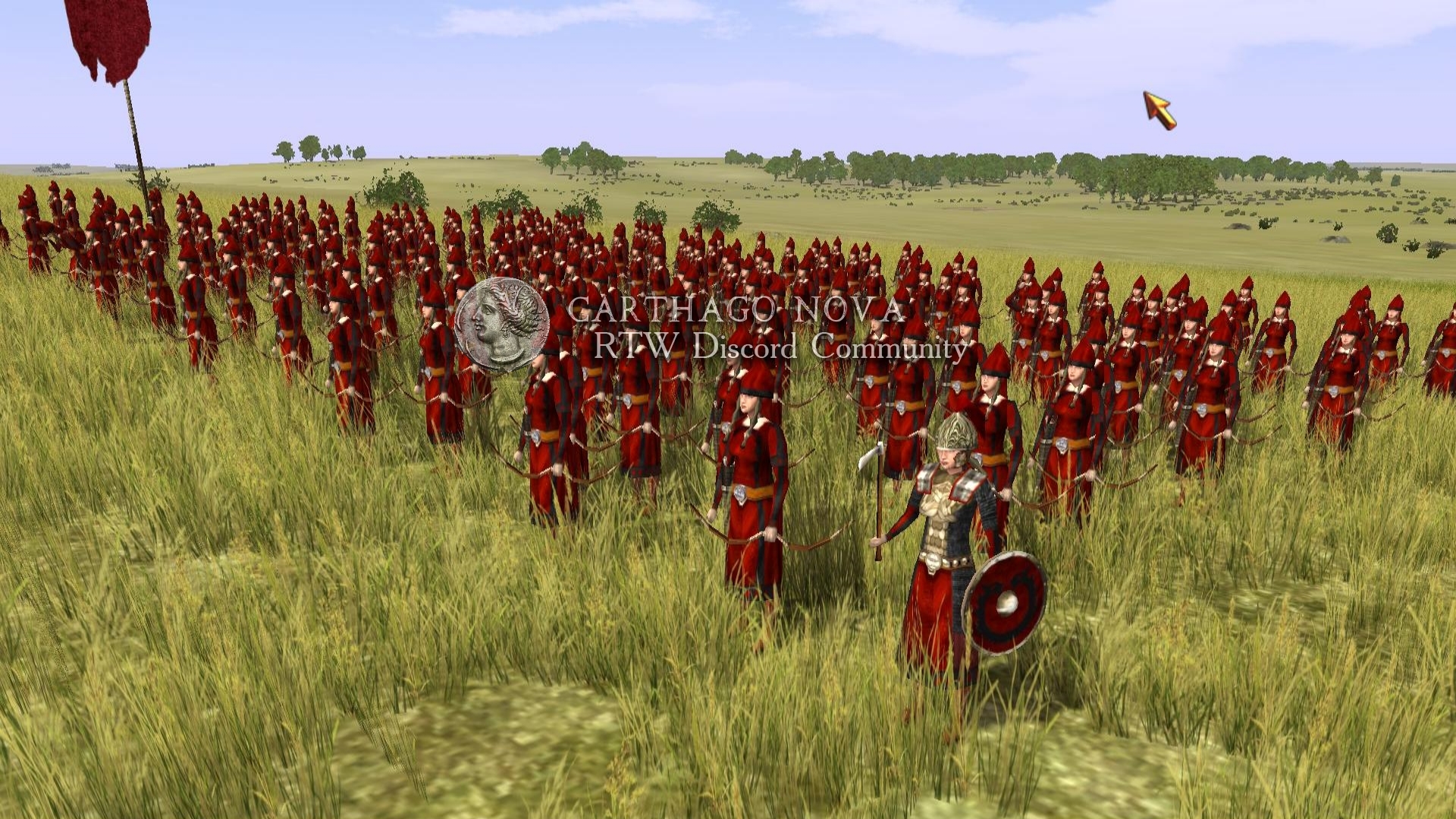 Government and Society
Sarmatian society was originally matriarchal, and women took part in the governing process.
Male chieftains ruled the migrating tribes. Later in their history after settlement in eastern
Europe the Sarmatians were ruled by kings and classes of society developed. 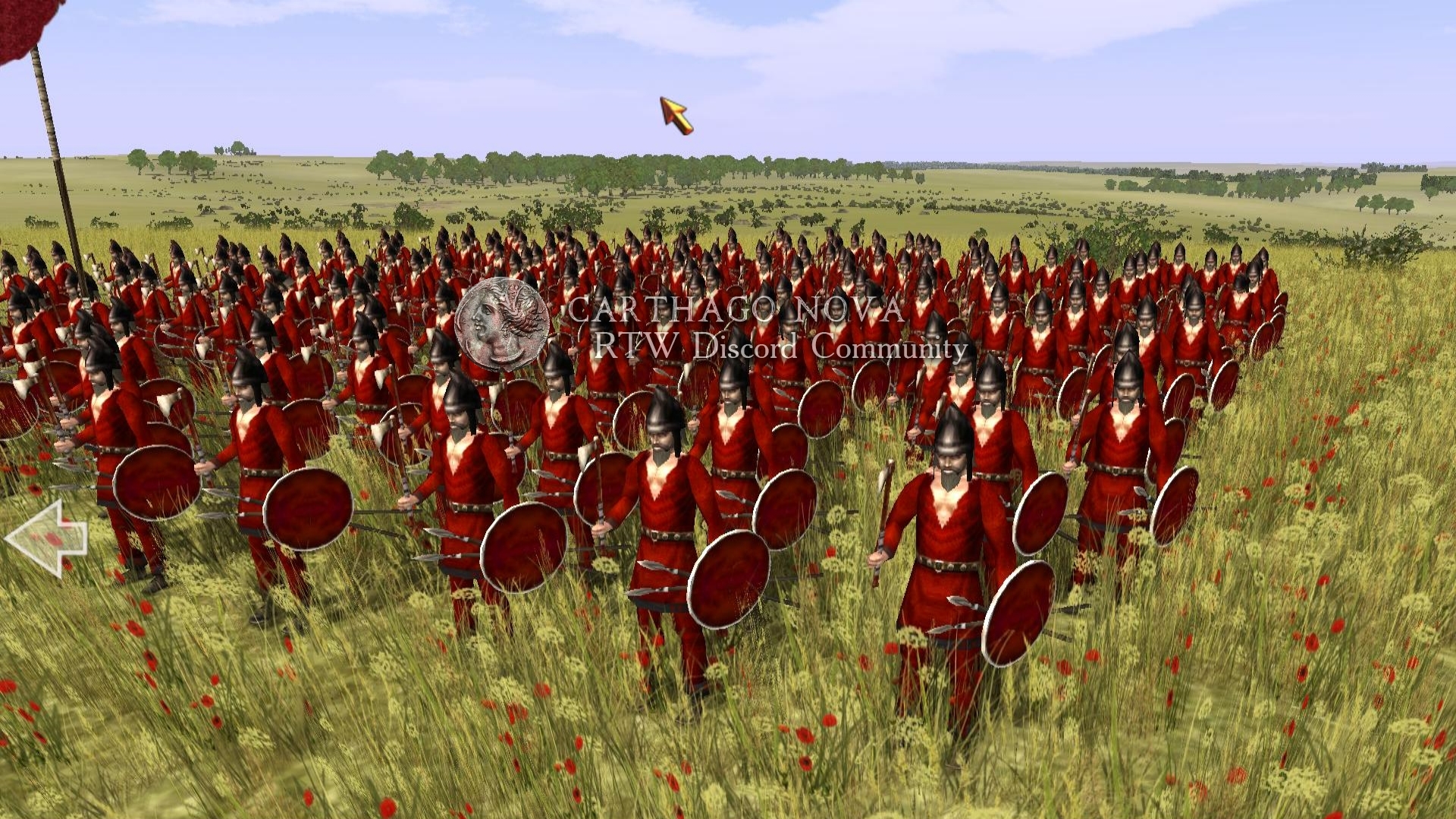 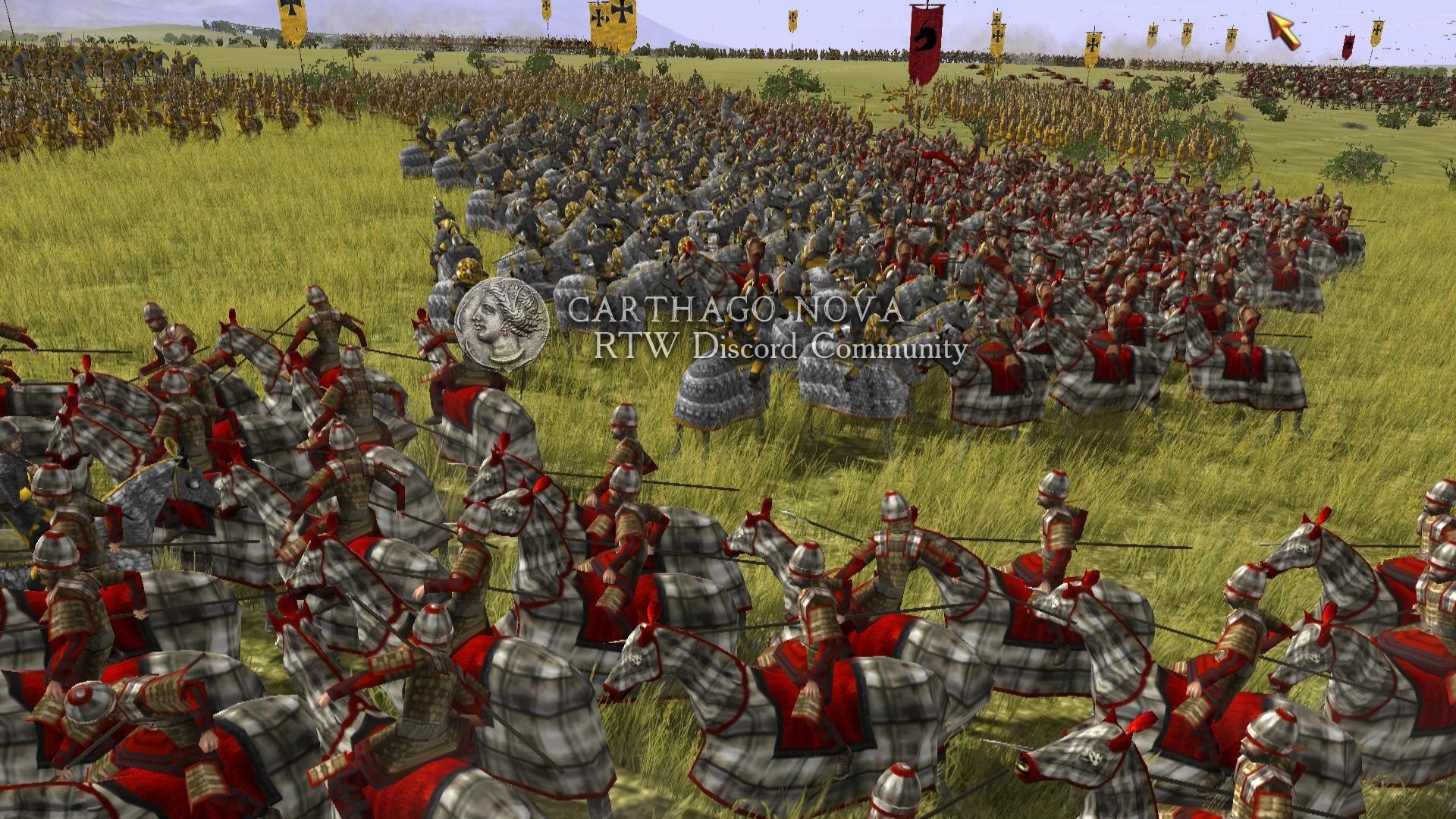 Personal Habits
Some of the Sarmatians, as did the Scythians and Huns, practiced cranial deformation, elongating
the head of newborns through hand pressure and bandaging. 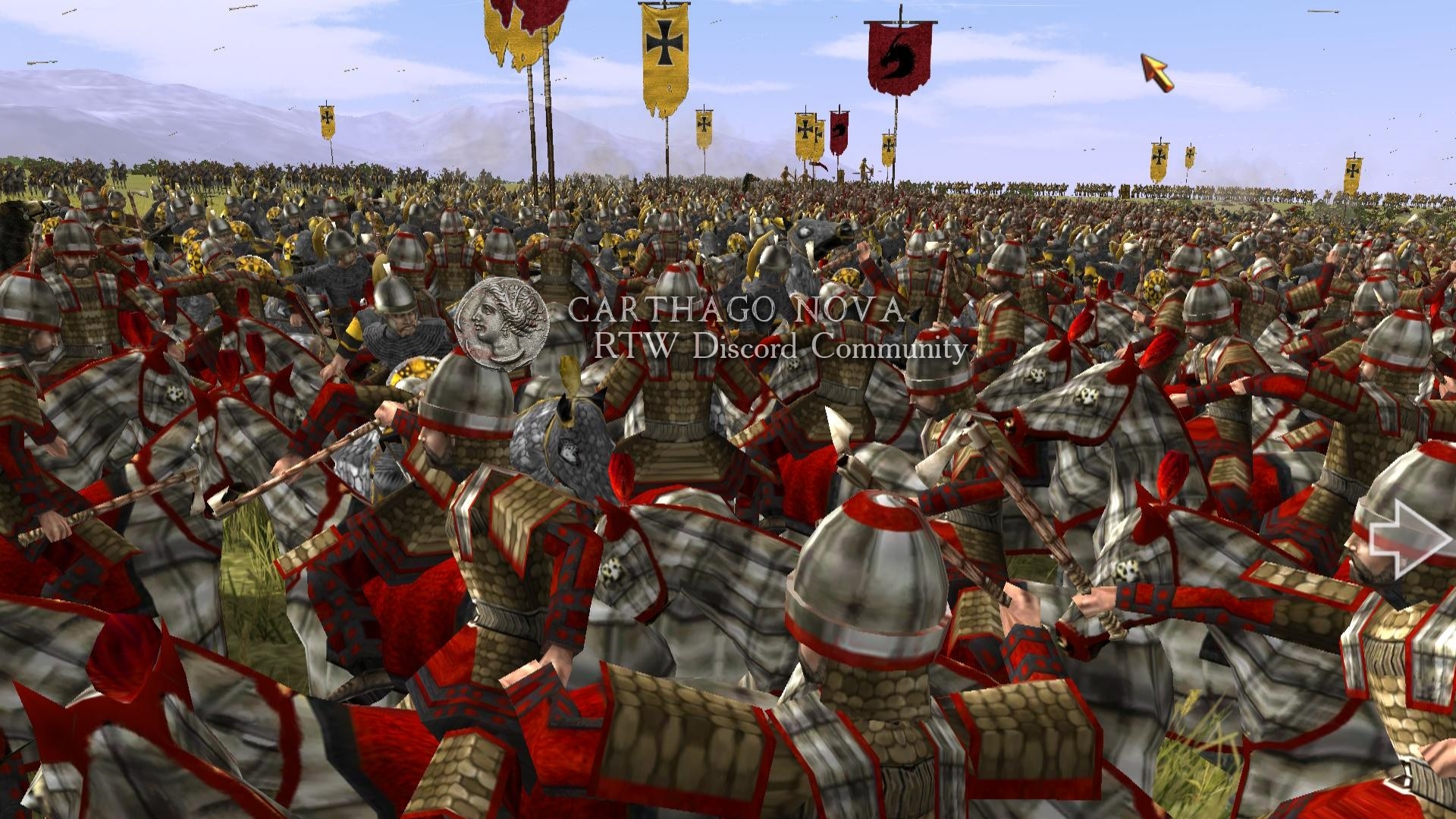 Art
In addition to brightly colored geometric patterns the Sarmatians were known for animal
and floral motifs in their decorative art. Horses were a common theme, as well as other animals,
such as deer and dolphins. Sarmatian jewelry included bracelets, rings, diadems,
brooches, buckles, and buttons. 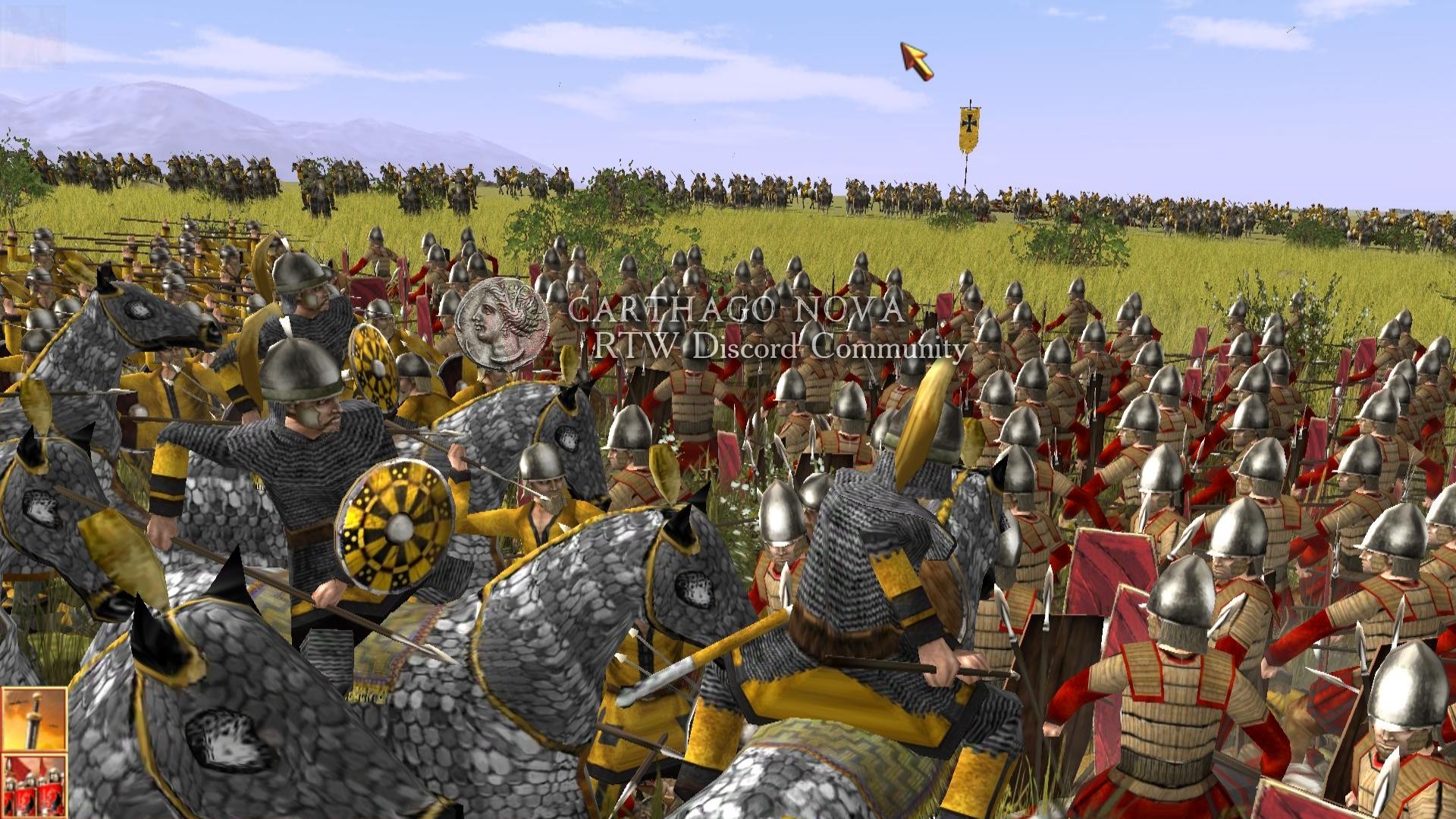 Literature
No Sarmatian written texts have survived to modern times. The only ancient Sarmatian
words to have survived in writing are tribal names, personal names, and place-names. 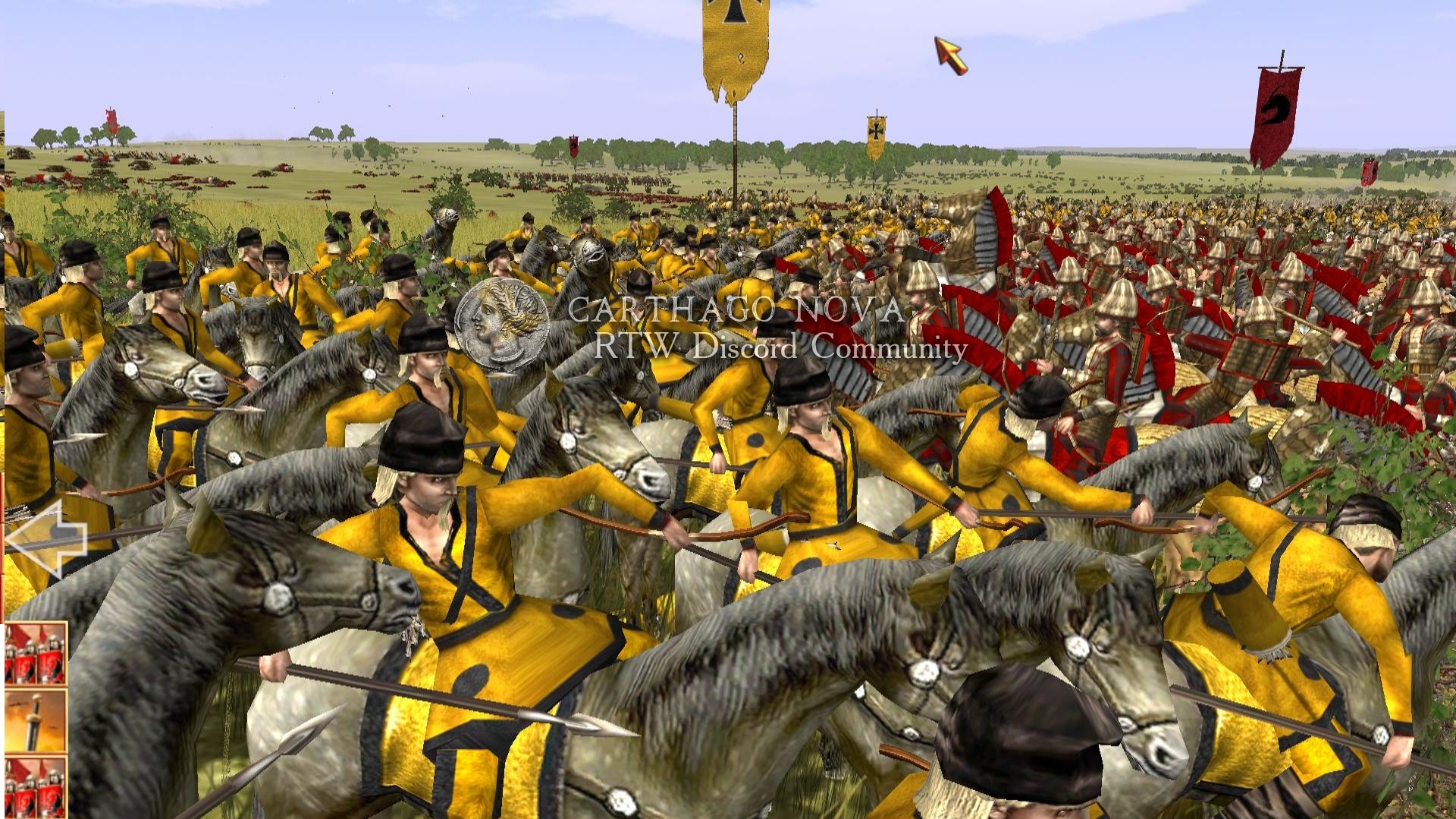 Religion
The Sarmatians worshipped a god of fire to whom they sacrificed horses. They practiced
inhumation. The earliest burials included no artifacts. In later times the men were typically
buried with weapons; the women, with jewelry; and the children, often with bells of bronze.
The history of the Sarmatians, actually a number of different ancient steppe tribes who migrated
westward, is related to that of the Scythians and Huns, fellow steppe peoples originally out of
Asia, as well as that of the Romans and various Germanic tribes of Europe.

The best looking cavalry in any mod, well done!