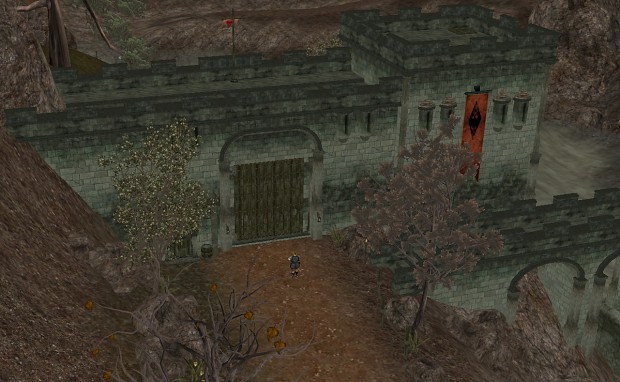 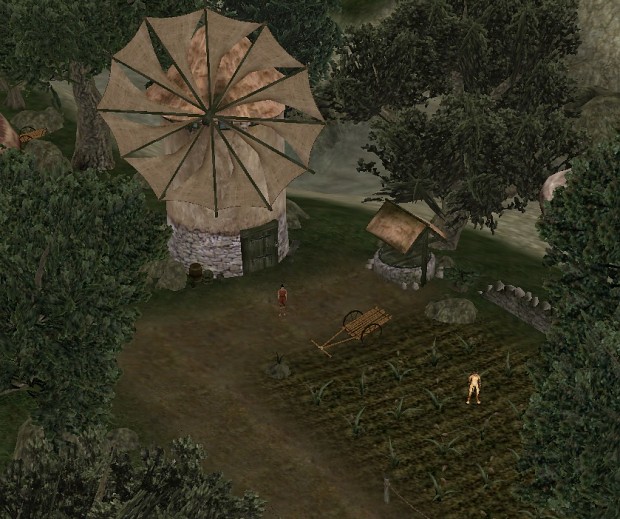 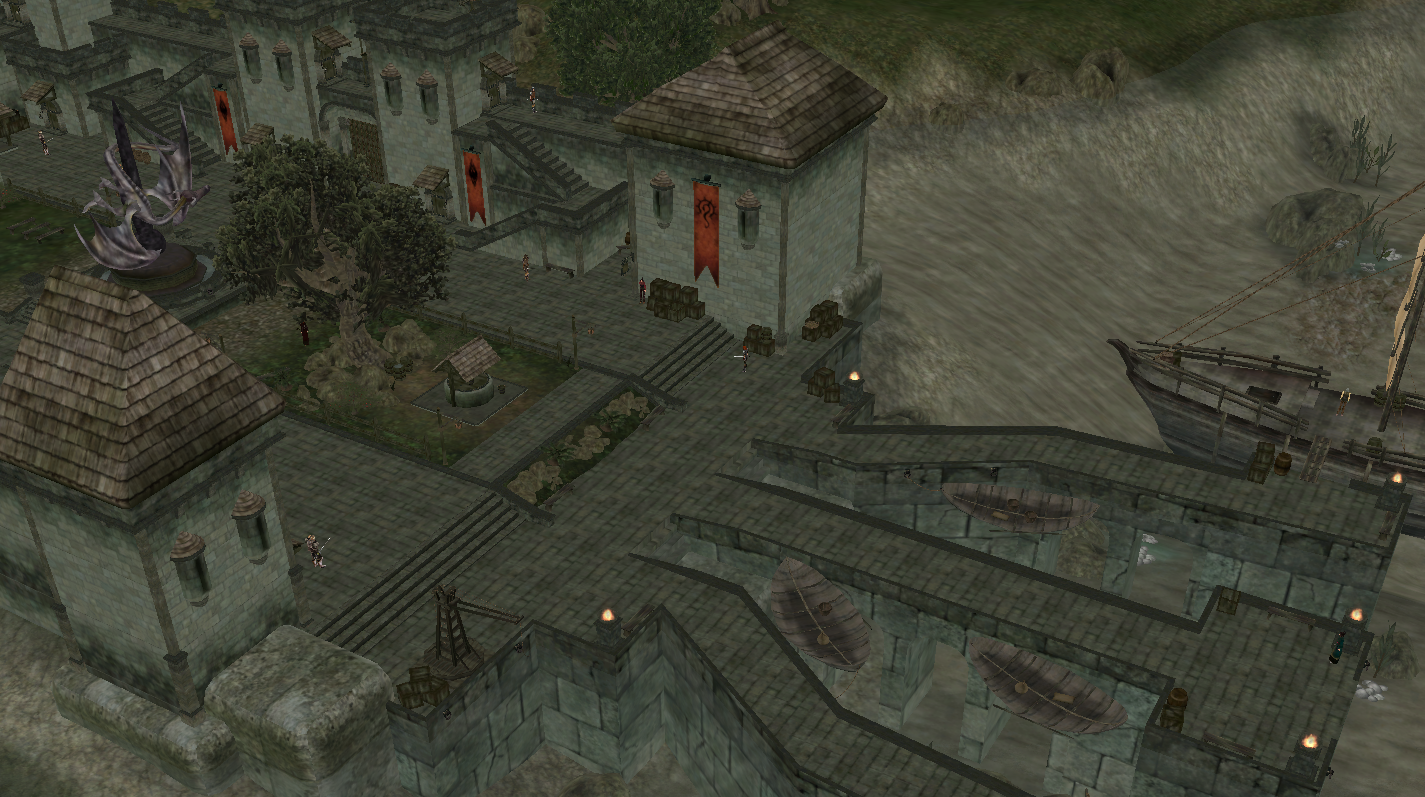 Vanilla Fixes
* Fixed an issue with the Ald Deadroth Shrine's blessing: "Blessings of the Fourth Corner", which granted the player Fortify Willpower for 14400 seconds instead of 1440 seconds.
* Added railings to the upper section of the Heart Chamber, making it less likely that Dagoth Ur falls of the platform and into the lava below.
* Yadba gro-Khash, an orc in Valenvaryon, was set as neutral to the player instead of hostile.
* Included a fix for broken Goblin knockdown animation.
* The Riekling Minion was misspelled (Riekling Minon).
* Fixed a couple of missplaced doors in Sadrith Mora.

Morrowind Rebirth Fixes
* Fixed a 'Services' topic where it's stated that "The Evil Mudcrab" among other locations can be found in Seyda Neen, even though that's no longer the case.
* Fixed the topic "strong souls", which stated that Storm Atronachs are considered "strong souls", which is no longer true due to the changes in Rebirth.
* Fixed an issue where it said "The Ascadian Isles" instead of "Vivec" in the travel menu when traveling by the Silt Strider.
* Fixed an issue where Crippled Skeleton and Riekling Raider used werewolf sounds instead of their original sounds.
* Fixed an issue where a number of NPCs offered training in mercantile where they should have offered other skills.
* Fixed an issue where Cassius, the shipmaster in Seyda Neen, sometimes fell off the docks and into the water.
* Fixed and optimized the following meshes: 'flora_bc_tree_07', 'flora_tree_ai_05' and 'flora_tree_04'.
* Fixed NPC pathfinding in Ebonheart, Balmora, Ald'Ruhn and in Ministry of Truth, Prison Keep.
* Fixed a missplaced teleport marker in Ald'Ruhn, Temple: Temple Affairs Offices.
* It's now much easier to steal the book Chimarvamidium from Sirilonwe in Vivec's Guild of Mages.
* The Riekling Shaman had an underscore instead of a space in its display label.
* Golden Saint weapon leveled-list was set to 95 % none instead of 0 % none.
* Removed dripping water sound effect from The Silver Barrel (tavern).
* Poisonbloom: Wild now causes Poison Damage instead of Fire Damage.
* Fixed an issue where the player were unable to enter Fort Ashmoth.
* Fixed a large wall-gap in Seatring the Nord's house, Molag Mar.
* Hlard will no longer wear two pair of Iron Boots.
* Less statues! Less Imperials! Less is more!
* Fixed typos. 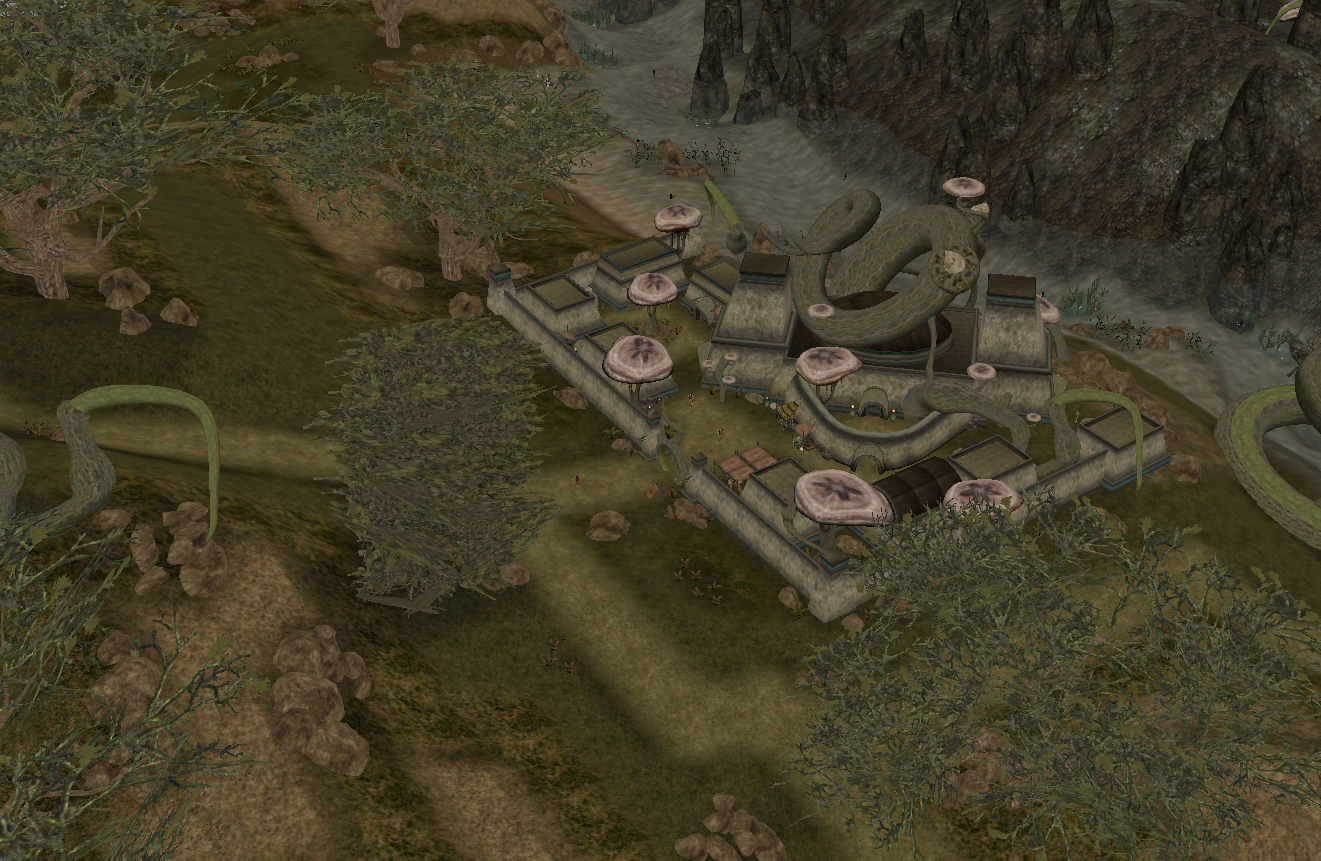 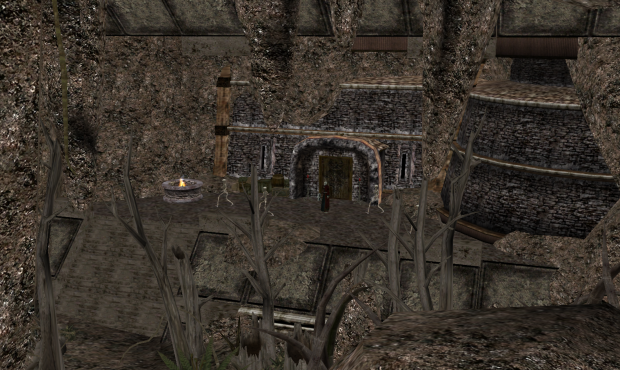 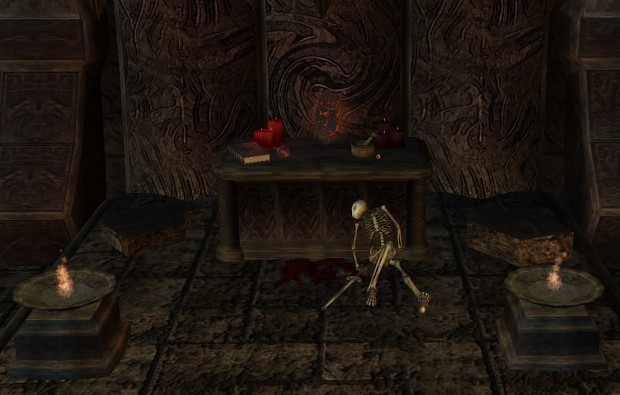 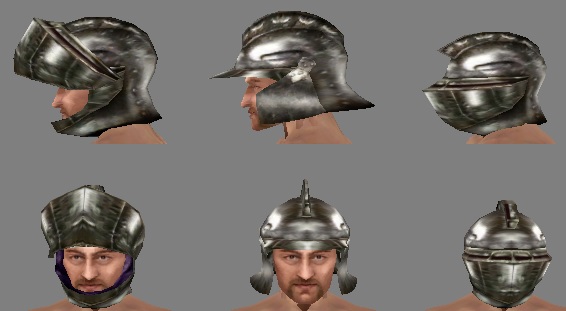 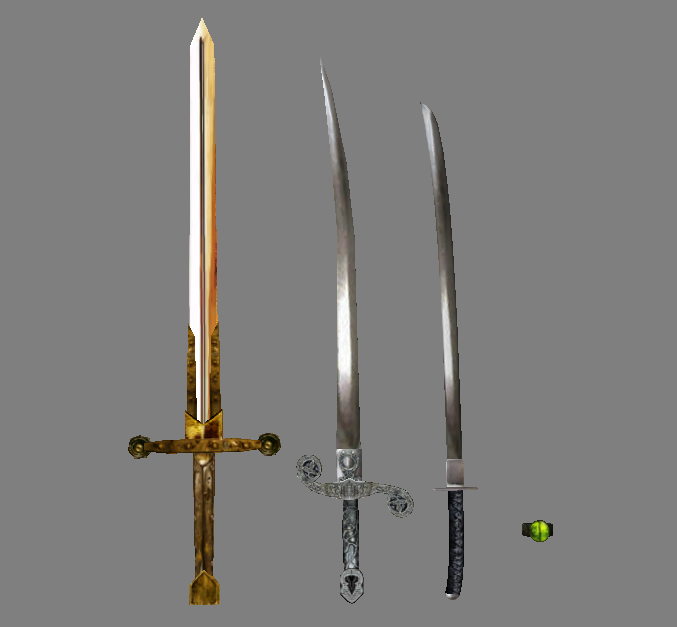 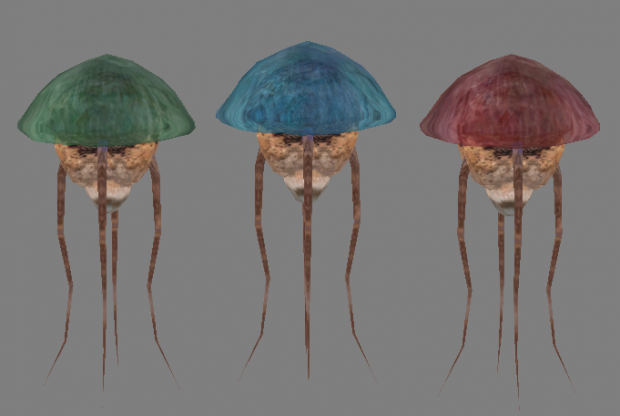 Creatures
* The Rat, Packrat and Scrib that you can buy from Rerlas Mon have been given more health, damage and a regenerate health ability, which should make them a bit more useful in combat situations.
* Dremora Lord of Inspiration, Dremora Lord of Terror and Dremora Lord of Divinity will no longer drop excellent weapons such as ebony and daedric.
* Standardized resistances for all gods (Almalexia, Dagoth Ur and Vivec), and added resistances where there were none.
* Udyrfrykte now has a 50 % resistance to all elements instead of immunity to all elements.
* Increased the level of all named Dagoths/Ash Creatures to make them less vulnerable to Command-spells.
* Ascended Sleepers now have 25 % resistance to all elements, plus immunity to paralyzation.
* All Ash-creatures and Dagoths now have the regenerate ability (due to being infected with Corprus).
* All Ash-creatures now have 25 % resistance to Fire.
* Ash Slaves and Ash Gouls no longer reflect damage.
* All Atronachs are now immune to Poison Damage.
* Winged Twilight soul value from 300 to 400.
* Dagoth Ur (first encounter) health from 1600 to 1500.
* Almalexia (warrior) health from 3000 to 2500.
* Almalexia health from 3000 to 2000.
* Vivec health from 3000 to 2000.
* Storm Atronach health from 110 to 125.
* Flame Atronach health from 90 to 100.
* Ash Vampire health from 650 to 750.
* Ash Zombie health from 140 to 200.
* Blighted Shalk health from 80 to 120.
* Shalk health from 40 to 60.
* All the Dagoth Brothers now specialised in various fields of magic:
- Dagoth Gilvoth: Daedra Summoner.
- Dagoth Vemyn: Undead Summoner.
- Dagoth Uthol: Shock/Poison/Fire/Frost.
- Dagoth Tureynul: Shock.
- Dagoth Odros: Poison.
- Dagoth Araynys: Fire.
- Dagoth Endus: Frost.

Misc
* Rare and valuable ingredients are now less likely to spawn in Dwemer containers (from 75 % none to 85 % none).
* Set 'fenchantmentchancemulti' from 3.0 to 0.8, which will make self-enchanting much more reliable and useful.
* Rare items (Glass/Ebony etc) now have a much lower chance to appear in merchants' inventories.
* Increased the level and health of all members of the Aundae, Berne and Quarra-clans
* Vampire Sun Damage from 5-5 to 10-10.

Other changes
* Changed the name of the patch included in Rebirth from 'Morrowind Rebirth 4.1 - Morrowind Patch 1.6.5 Beta [Rebirth Edit]' to 'Morrowind Rebirth 4.1 - Morrowind Patch 1.6.5 [Rebirth]'. This to fix an issue
where clicking 'data files' in the launcher caused it to crash.
* Included optional texture replacers for the Bitter Coast and the West Gash regions.
* Cleaned up the file-archive.
* Updated the readme.

Have fun, and feel free to share this newspost on social media.

NOTE: I HAVE TROUBLE UPLOADING THE NEW FILE. PLEASE BE PATIENT UNTIL I CAN FIX THIS.

I will not. I will instead beat you with a muck rake.

I've sent you a PM, ping me and i'll help you get it up ASAP

nice work! will definitely check it out

Cant wait to play this in 4K when i get back home from Taiwan! :)

I asked previously but it wasn't replied to, apologies for the repeat.

Does Rebirth do anything with the Strongholds? I always found them a bit disappointing in vanilla because of how horribly inconvenient they were (only mildly inconvenient in Hlaalu's case, but Indarys Manor and Tel Uvirith redefine "middle of nowhere").

Even some fast travel would be nice.

No nothing have been done to the Strongholds, but I might take a look at them in the future.

Note: Why did you remove the Flesh Atronach and the Treant from the mod?

Because the Flesh Atronach model was real bad and I replaced the treant with something more fitting.

Ahh..
Did you use that wooden mutant nixhound(swamp troll) with the Treant?

Nah the troll is its own thing. The treant was replaced by a rather exotic creature.. found generally in high rock :)

A bit of a noob question here. I've already got Rebirth 4.0 up and running (outstanding mod by the way) and I am looking to update it to Rebirth 4.1.

Is there a step by step guide to upgrade things from 4.0 to 4.1 as I am weary that I may end up screwing up my save files by downloading the latest version and overwriting or deleting files essential to the game in the process. Any help would be appreciated. Thanks

I've have noticed during my gameplay is that the Boots of Blinding Speed no longer seem to have much of an effect on my speed at all, the difference in pace I run at is barely even noticeable. However when I use levitate they work at full speed like in vanilla Morrowind. Have the boots been nerfed or is this possibly a bug as the only other thing I could think of is that I have MGSO installed along with Rebirth but I was under the impression it was graphical improvements only? Any help would be appreciated.

Anyone having as issue with a missing texture on Kalen NPC in Balmora with this release? Running with MGSO 3.0 btw and Tam. Rebuilt

Can you post the text in your warnings.log? It can be found in your morrowind folder.

Is there a variant with Russian voice acting?