I wrote somewhat of a news update. Although it's more a rant about the mod's developement rather than actually talk about news. All in all it's an update, so enjoy.

S ometimes it feels like I made a mistake creating a mod within
the half life universe. Mainly because there are a ton of stuff that
interests me either gameplay wise or story wise. A lot of times I
feel limited in what I can do with my own ideas and that it is
holding me back in potential ideas that come up a lot. When I
look at ohh well, half life and all the games valve made within it's
world aswell as other games like the metal gear or resident evil
franchises I keep wanting to create my own story, characters and
all that comes with it.

B ut then I realise that 1187 is starting to take shape. There is a
limit to what I can do within the story, mainly it still having ties to
the half life games using small refferences to things that occured
during hl1 and hl2, it doesn't mean there's nothing interesting that
can be done with the story I came up with sofar.

S ince I believe 1187 is one of the more story driven mods, it's not
up to what I feel I could be doing with a set of characters. I'm lucky
to have people like Visorak and Dec by my side offering their own
ideas to the project because of them I keep refining small parts of
the main story arc and also keep adding to it and removing other
ideas.

I would like to say that my devotion to the mod has not changed
one bit since I started it. The only problem right now is raw power.
My pc is getting old and it shows. People can ofcourse say that
it's just a matter of buying a new computer, which I would aplaude
if not for the fact that money is a real thing. A real thing I don't have
much of at this point in time, so I have to keep paddling with what
I have for now and hope that the overall enjoyment of the mod once
it's finished will be worthwile.

R ight now I know I cannot compete with a certain standard of graphics.
Not just because I am not capable of creating such content, it is my own
PC who is letting me not compile maps of a certain size, I cannot use
HDR at this moment since my 7800 died on me a while ago. I cannot
use colorcorrection even if I wanted to, so I'm stuck like this. That and
the fact that I am still learning tons of stuff within source and in game
design as a whole.

S o with all of this said what can I say about the mod's developement?
Well, I can safely say that I'm still making good progress. I'm going strong
on the mod's 6th map. We just implemented the NPC health system, we also
have iron sights virtually done aswell and other small features like having
around 16 different zombie skins that are generated automatically when a
zombie spawns into the game. Not to mention the armored headcrab zombie
is already in-game. I believe that there's quite some decent content already
and my last playtest lasted about an hour, and that was only with an early 5th
map plus I know where to go, where all the ammo and weapons are and that
puzzle solving to me is, well, stupidly easy because I made them up. Which is
going to be one of my focus points in my upcomming internal beta test where
I will introduce a new beta tester to the mod.

T here are, as I said, quite a lot of scenes in the mod, and I'm doing my best to
mix in some nice battles plus having some puzzles in there to slow down the pace
and then heat it up again without one overwelming the other. Not only that but
creating all the textures needed is quite some work as well. All I do know for now
is that I am quite excited to get some fresh feedback and a new and different look
on the mod from someone else besides the established members from TeamGT.

S o lastly I would like to say that I hope to have a decent gameplay video out soon
showcasing some of the said features. Again problem is my pc, which is just a pain
to create movies on expecially for half life 2, and the whole way of getting a video
with sound is just too time consuming for me. So I might create one with fraps,
but without sound it's going to suck not being able to show john's feature, so I
might consider to wait untill I really can make a decent move. Oh well. Time will tell
as it always does.

I'll leave with these two WIP screenshots from the 6th map.
They're up at TeamGT's PCG profile page, so yeah enjoy :) 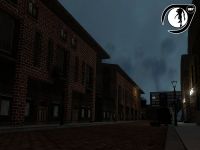 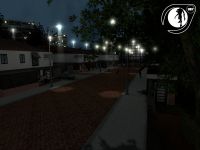 again: I still could use the help of a decent modeler / animator for 1187.

I'd love to help, but money is tight for me too =/. Just spent a load on a few essentials for me, and might not have more for a few months. But at least we can get by on what we have for the moment. Perfecting the maps can come later. Let's forge on!

thanks vis, its ok i'll get by.
I'm focusing on getting the maps to work and be as bug free as I can.
and when I can i'll do the necesary hdr compiles
and getting things to look better.