Read about features that are in development for Foxhole.

In the coming updates, we'll be heavily focusing on improving our in-game communications tools. Our high level goal is to help players of different experience and levels of coordination (clans, randoms) to work together more effectively with one another. Relating to communications, we'll be announcing a new vehicle on next week's Devstream so be sure to tune in.

To quickly provide an update on World Conquest, we are currently working on revamping it in a larger way. Things are going to take longer and there is still no ETA unfortunately but rest assured that the delays are for good reason. We hope to be able to talk more about what's is going on with this feature in a couple of weeks.

To improve communications, we want to provide more information about enemy player activity. When a new player joins a war, they should be able to get a sense of where the enemy is, but in a way that is player driven and somewhat grounded in reality.

Radio Backpacks are going to be the way that detailed information about the enemy will be captured and relayed to friendlies. Players will be able to produce Radio Backpacks at the Workshop. Once equipped, they will be able to use Binoculars to scout enemy vehicles, structures, and infantry. Any scouted targets will be added to a Scout Report, which can be broadcasted to the rest of the team. Other players will be able to view Scout Reports on the map screen to see where enemy targets are roughly located. Scout Reports can be seen as "snapshots" of enemy activity and each will have a time stamp so players will have a rough idea of how much has changed since the report was generated. 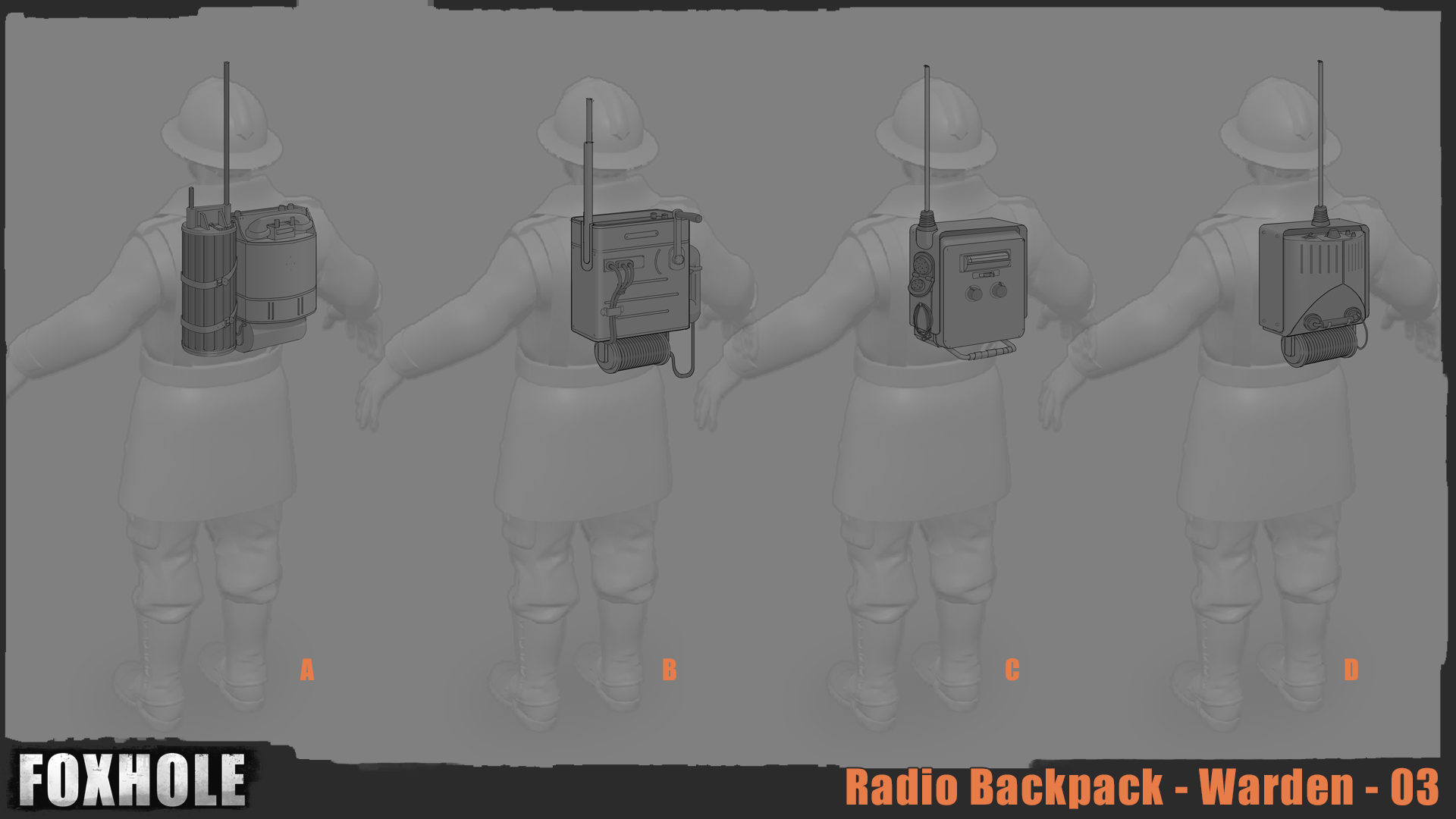 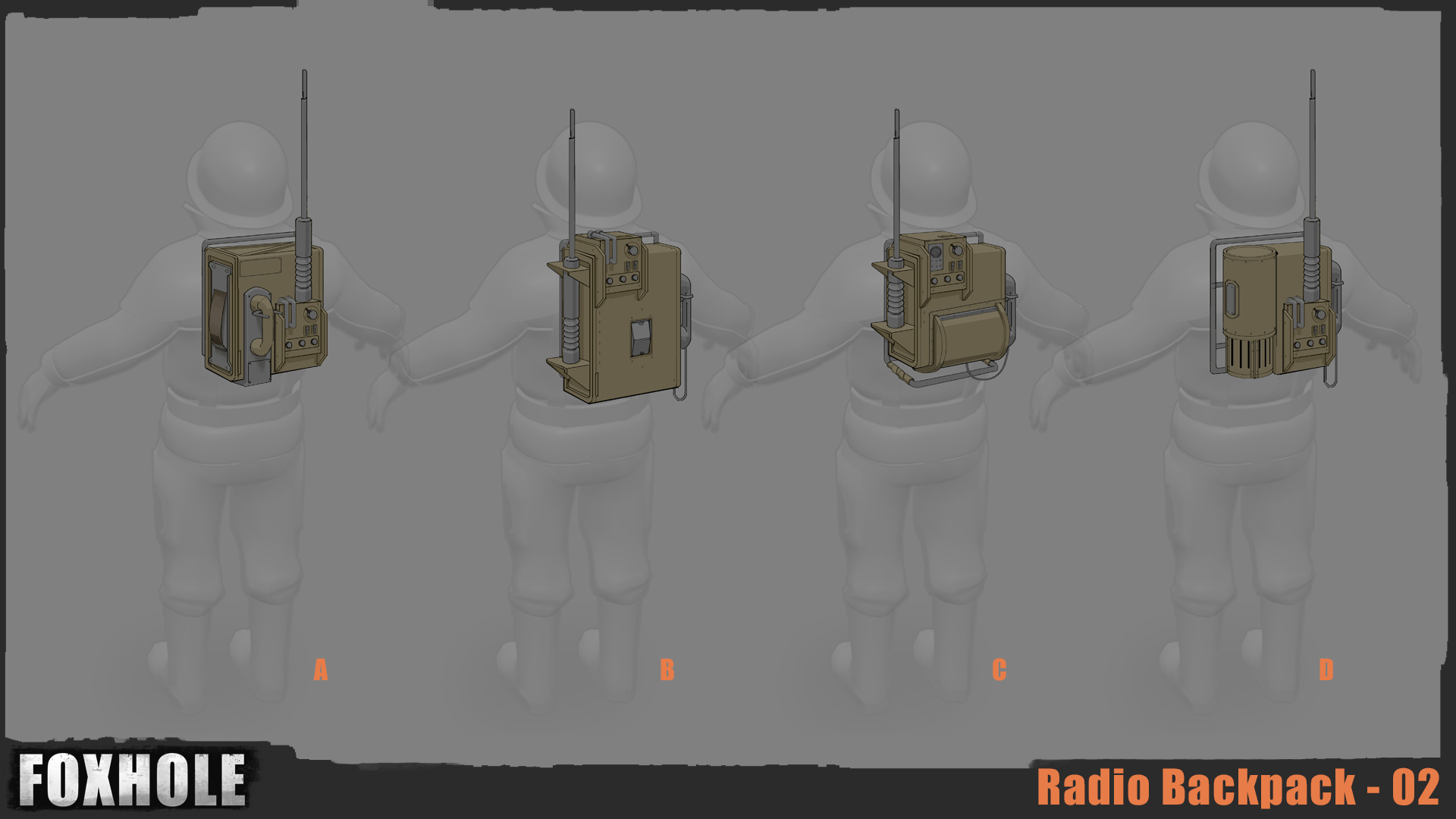 It's amazing how much mileage we've gotten out of the existing map grid over the last year and a half. One of our goals with improving communications is to enhance the basic tools that players already use to exchange complex information. To that end we'll be making several improvements to the map grid system in Foxhole. 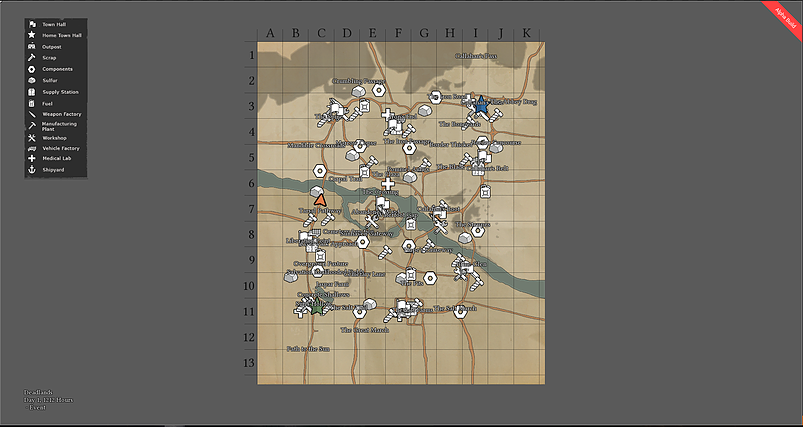 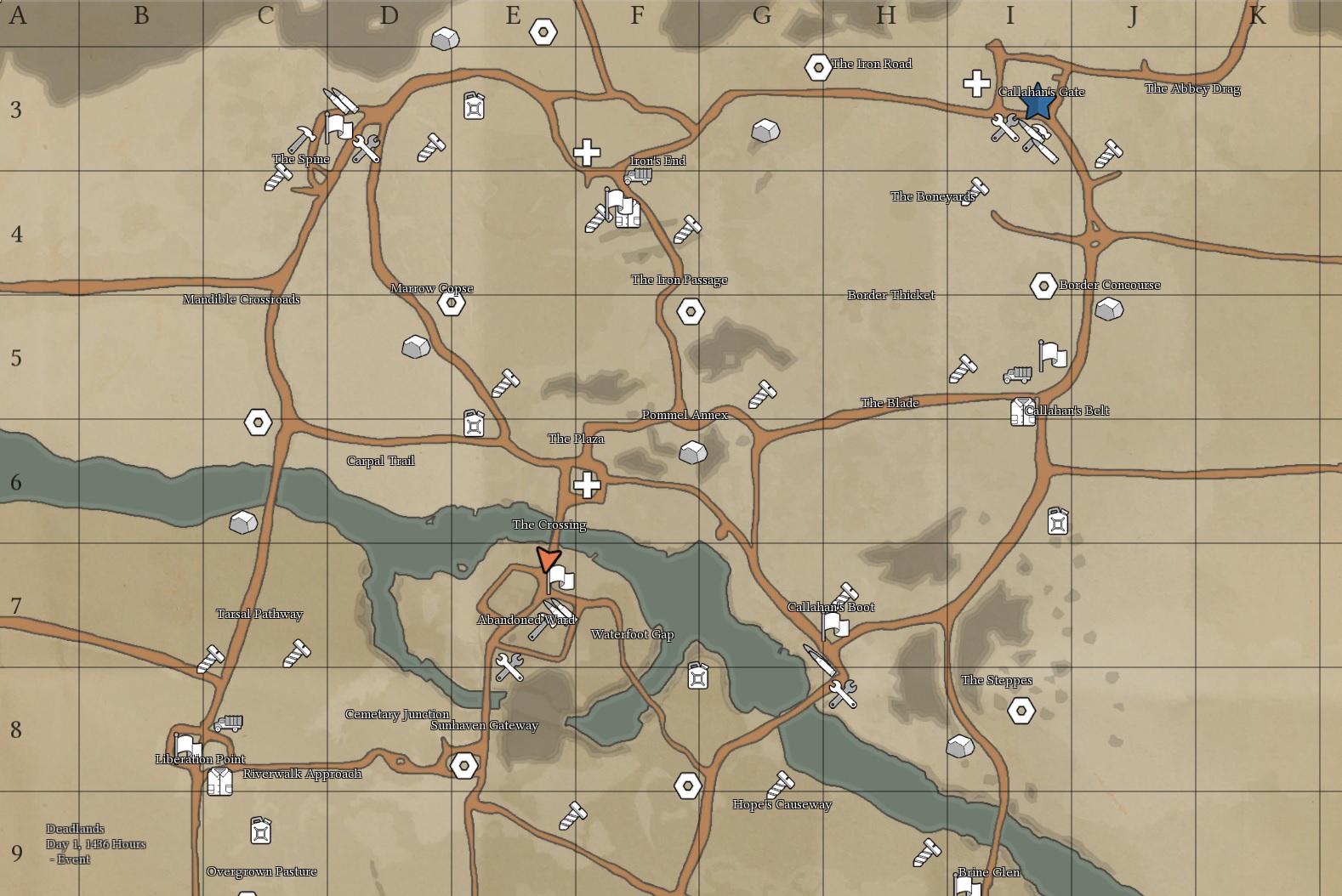 Letters and numbers stay clamped to the borders of the screen

The existing map grid is simply an image of a grid overlaid on top of the map. We've changed this so that the map is procedurally drawn. This has allowed us to add many enhancements to the grid system: 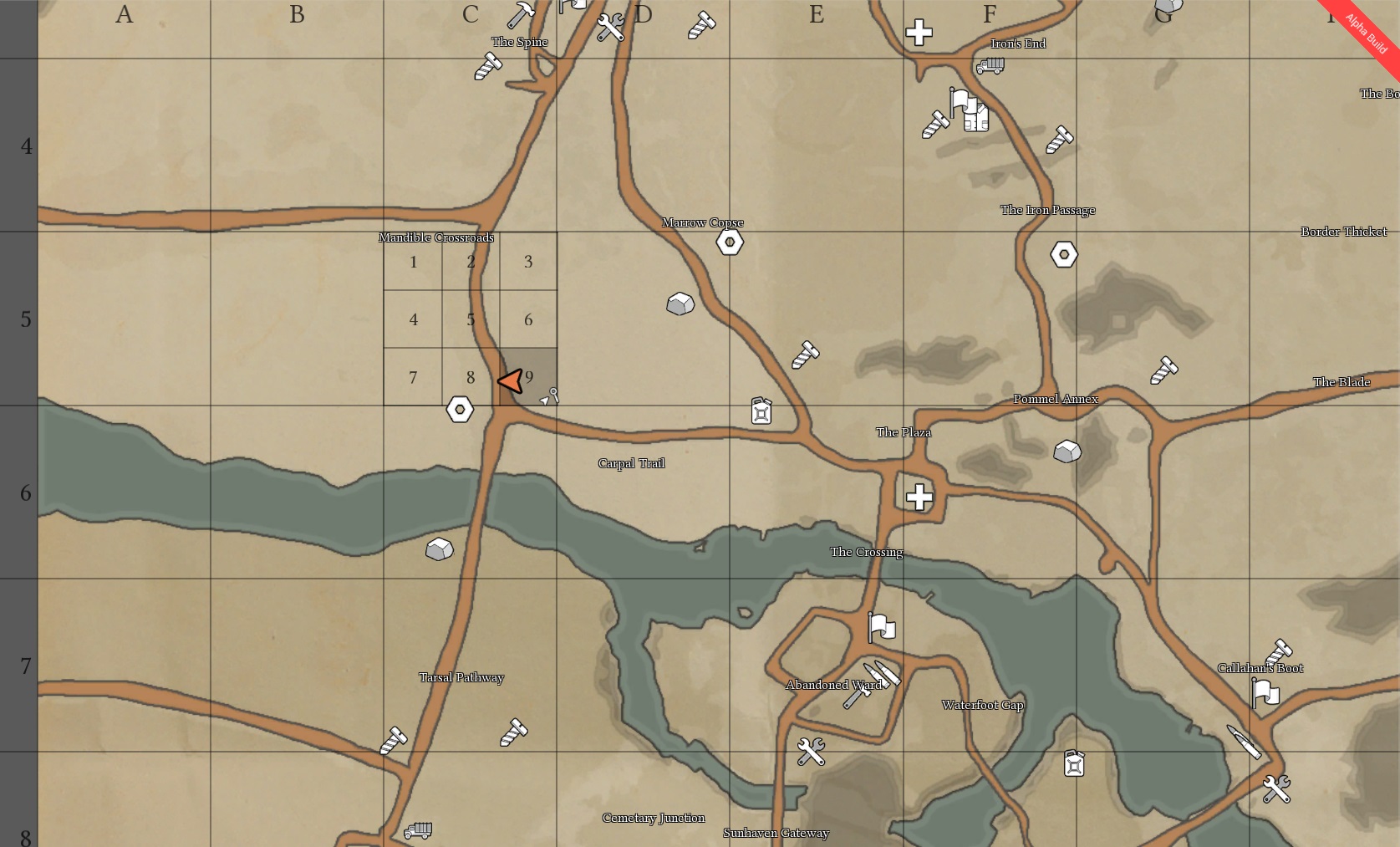 Keypad system is formalized into the coordinate system

In between major features, Anthony (modellers) has been working on some really cool environment props to help break up the monotony of world. Matt (map designer) has been waiting awhile to get some new assets into his map toolset.

Props like this burnt out vehicle toolkit are built in such a way to create endless variations in a variety of states. Tools like this will allow us to create more engaging and immersive environments while limiting repetition which is a constant concern when building large open world spaces. 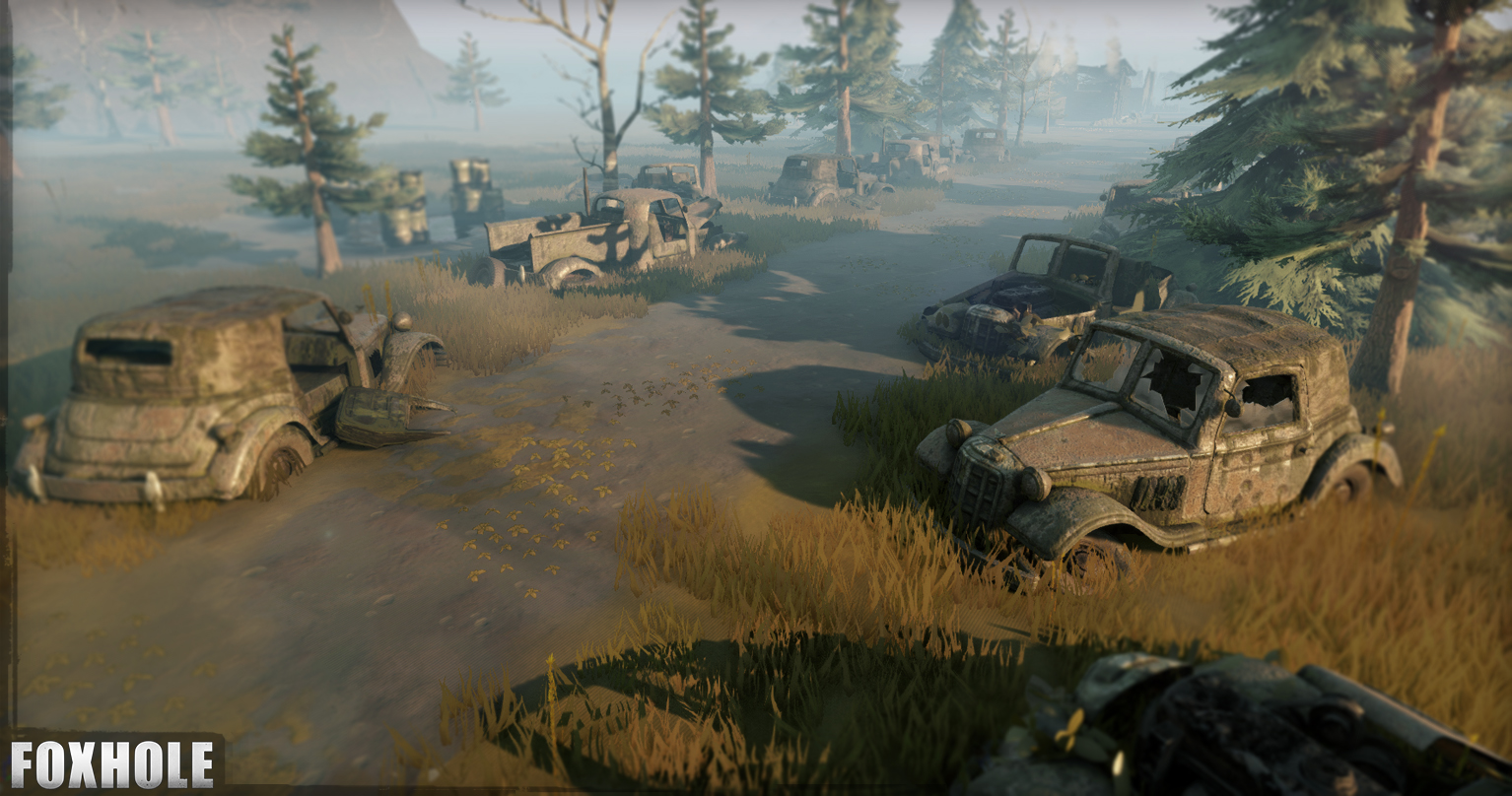 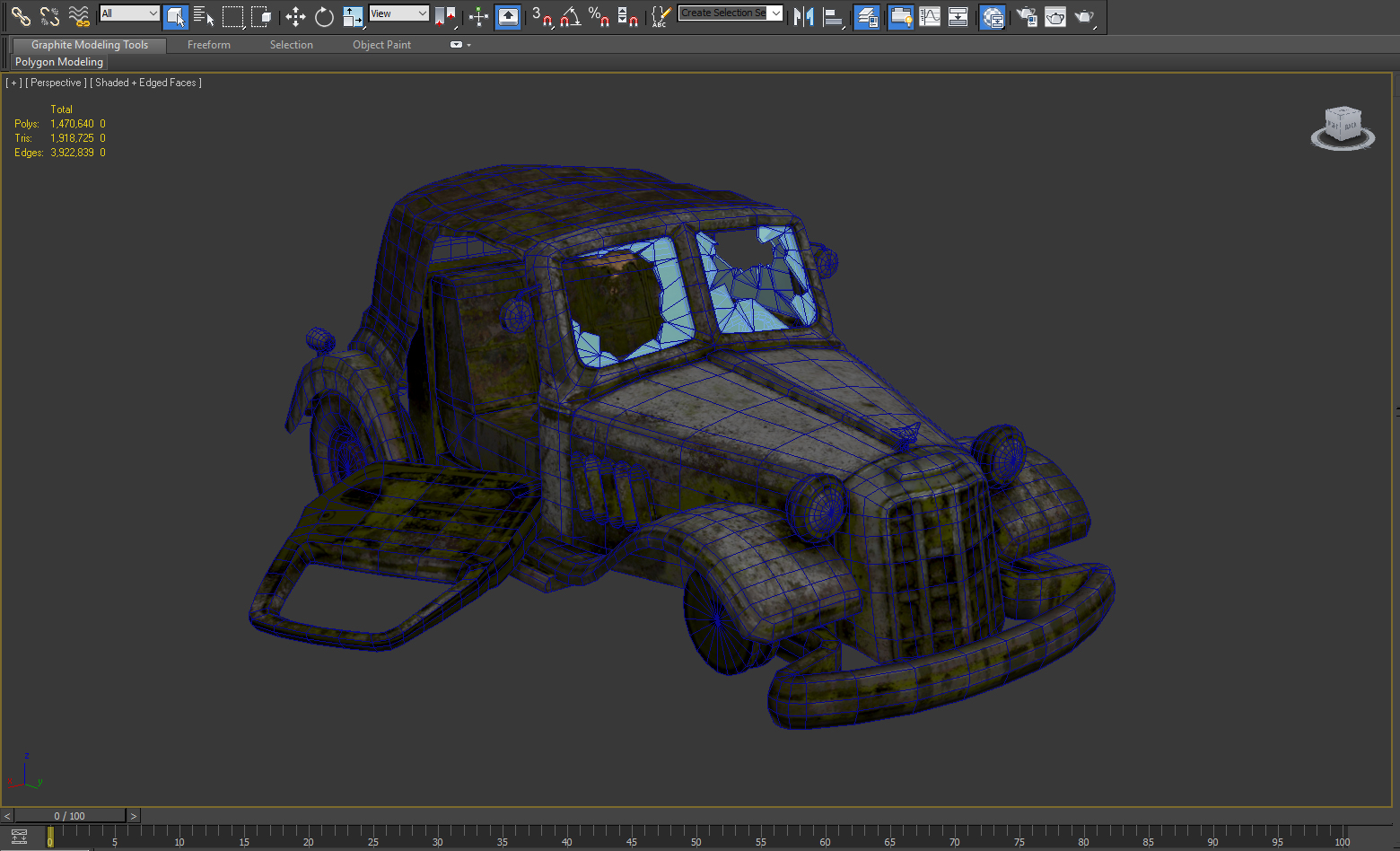