A sneak peak at the five maps of the Earth Episode, including a never-before seen teaser for the episode Boss.

It's approaching three years since we first started work on Elementalism. In honor of this upcoming birthday, I thought it would be a nice excuse to share an update, and a few new screenshots.

The good news is the bulk of the mapping for Phase 1 (the first three episodes: Earth, Water and Fire) is complete. Most maps are finished, a handful are going through quality revisions, and just a couple of still being built. There's still lots to be done before we're ready for release (such as new graphics, music, balancing, and an extremely thorough testing phase), but there's a light at the end of the tunnel! Once we have the mapping properly finished and most of the new additions in-place, we should be in a position to set an actual release date! Watch this space!

Onto the screenshots! Rather than do a mishmash of stuff people have been working on, I thought I'd do a more curated guide through the maps of the first episode, the Earth Episode.

Hearth of a Feathered Serpent by @DMPhobos

The episode begins in a great city, deep in the jungle. It seems hastily abandoned. 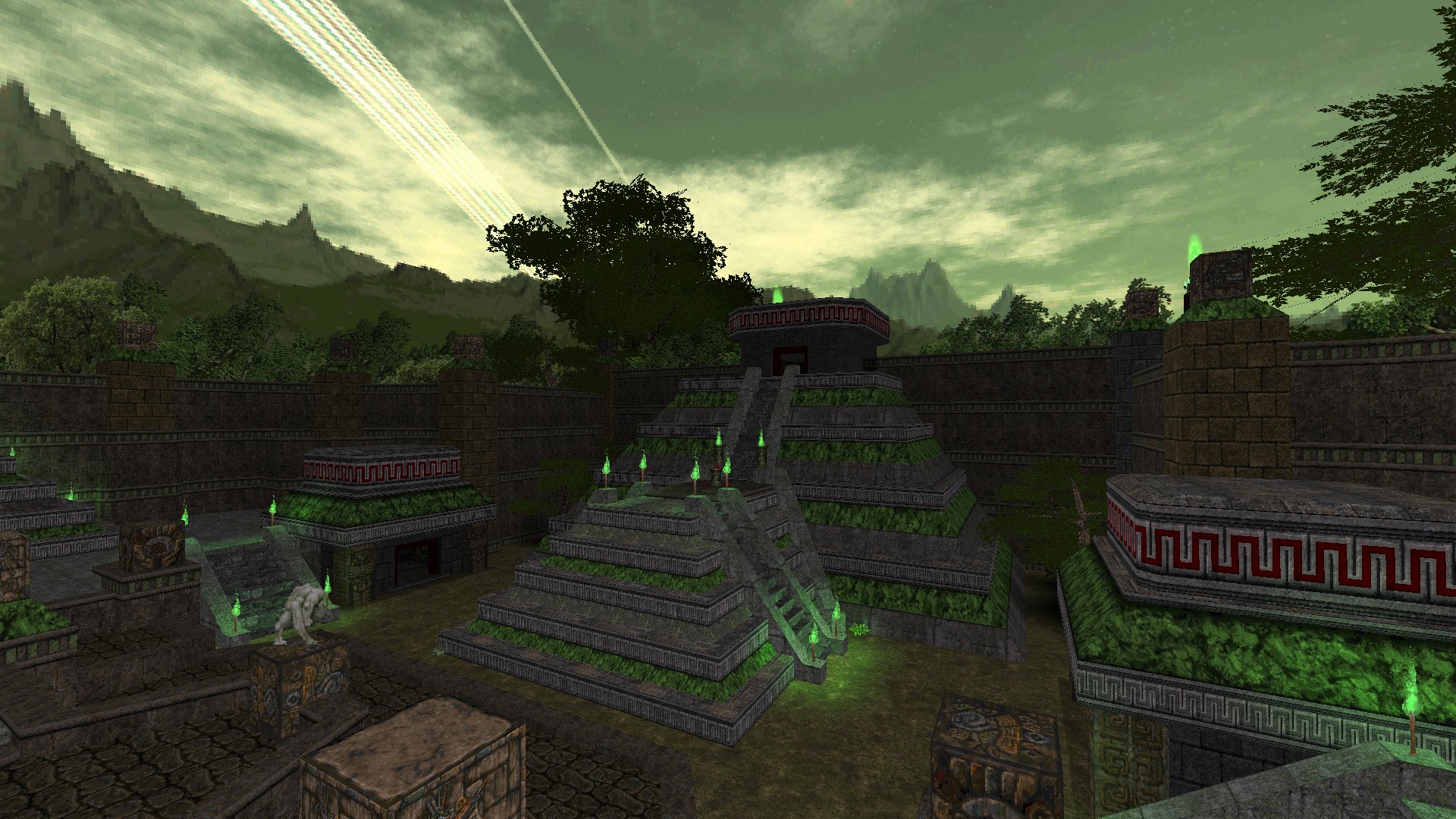 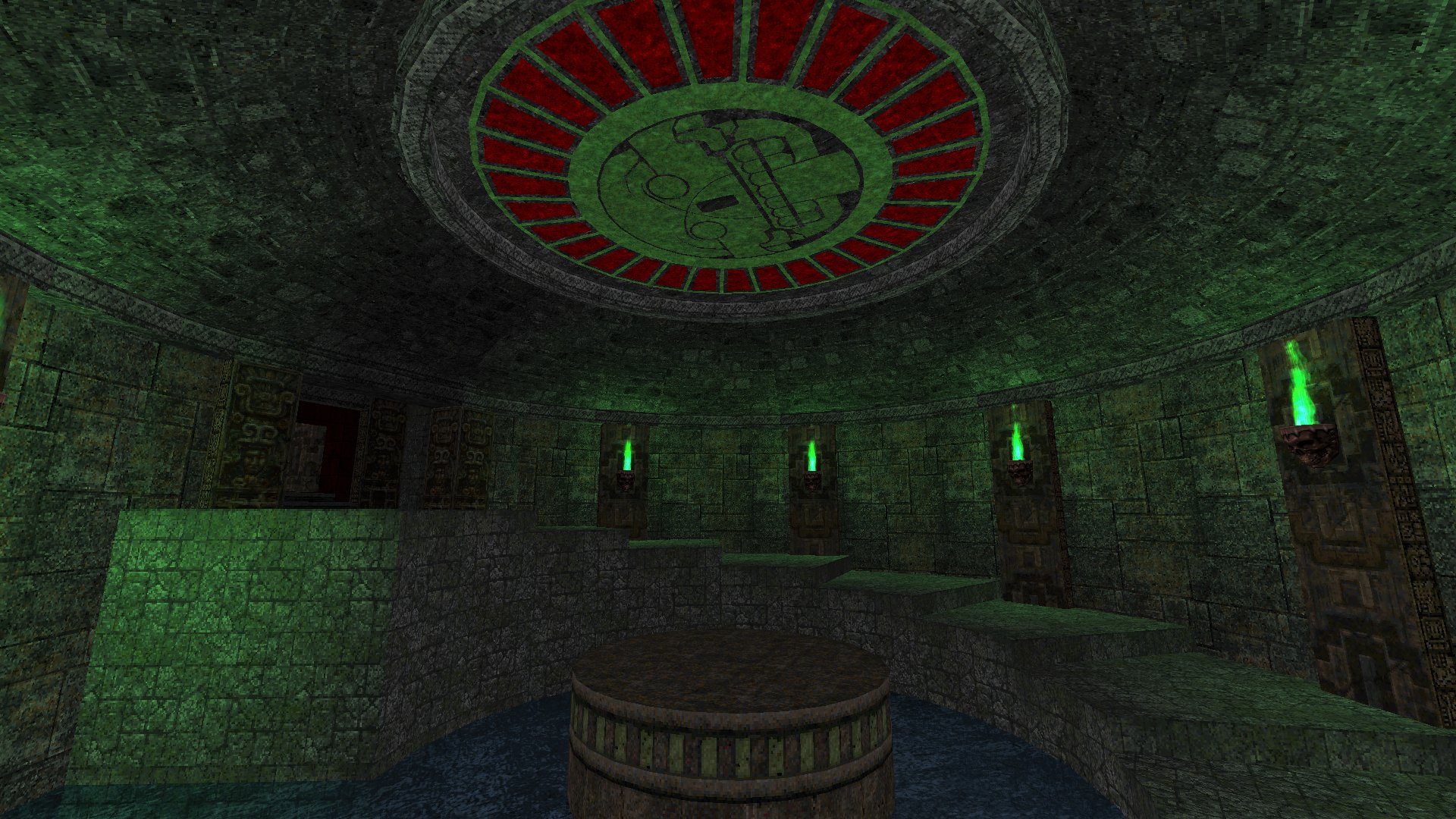 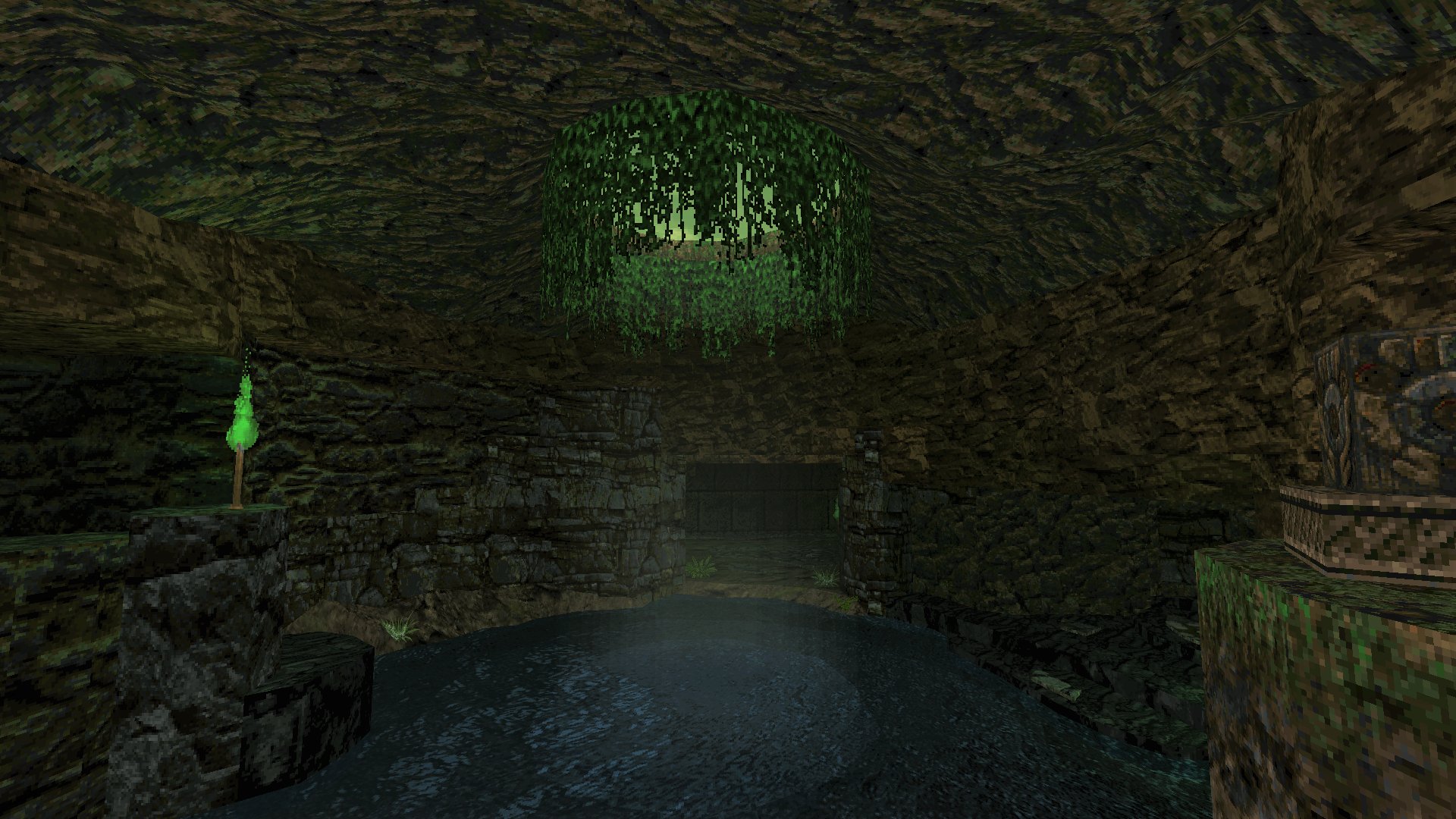 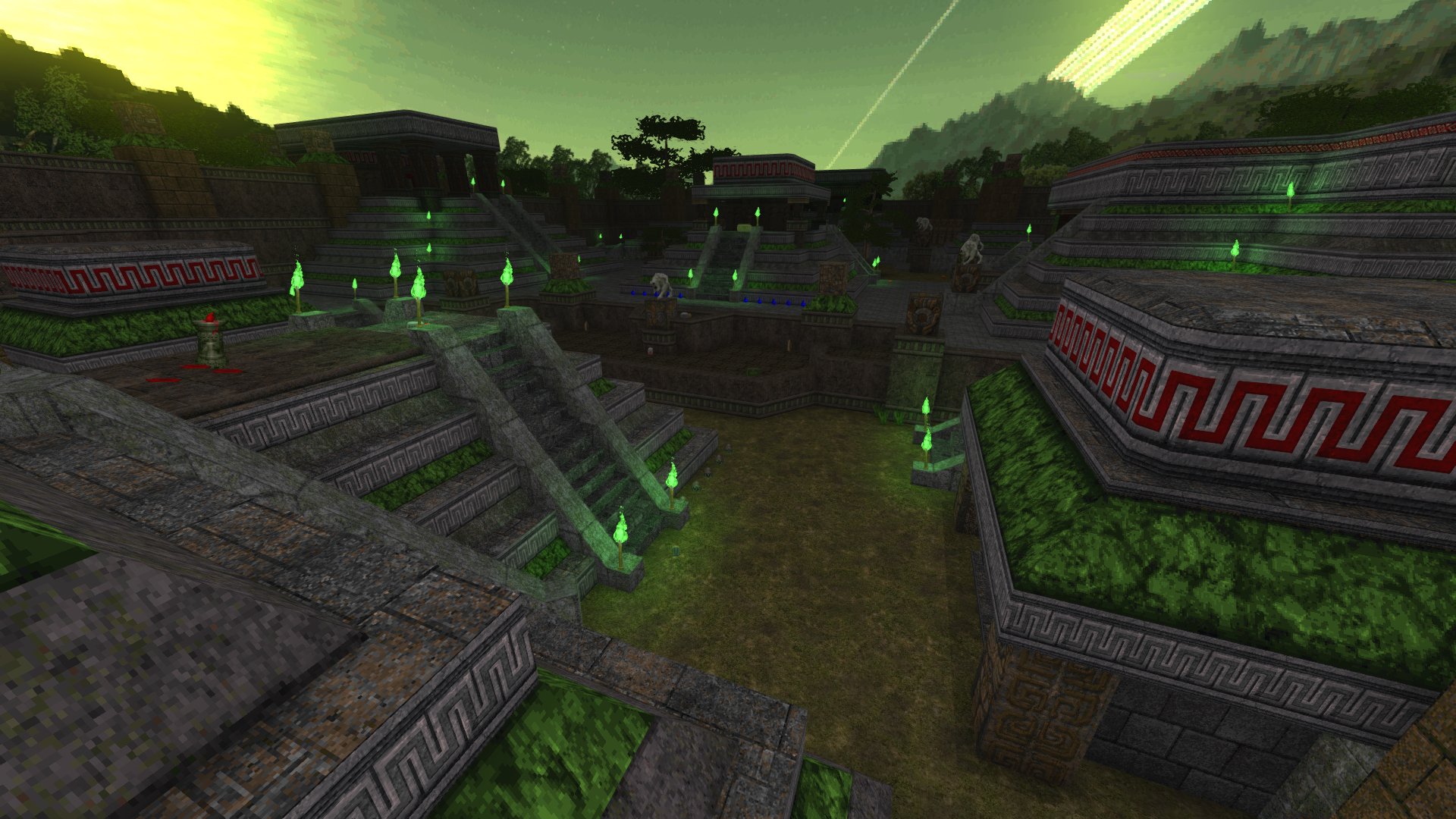 Bit of trivia about this map: DMP studied real Mesoamerican architecture to establish the city layout, including the specific shades of red to accent the Episode-color green. The music for the map is a 9-minute original by @PRIMEVAL.

As you sun sets, you find the great city centers on a large pyramid, but the entrance is blocked. Perhaps there's another way in through the winding caverns beneath the city? 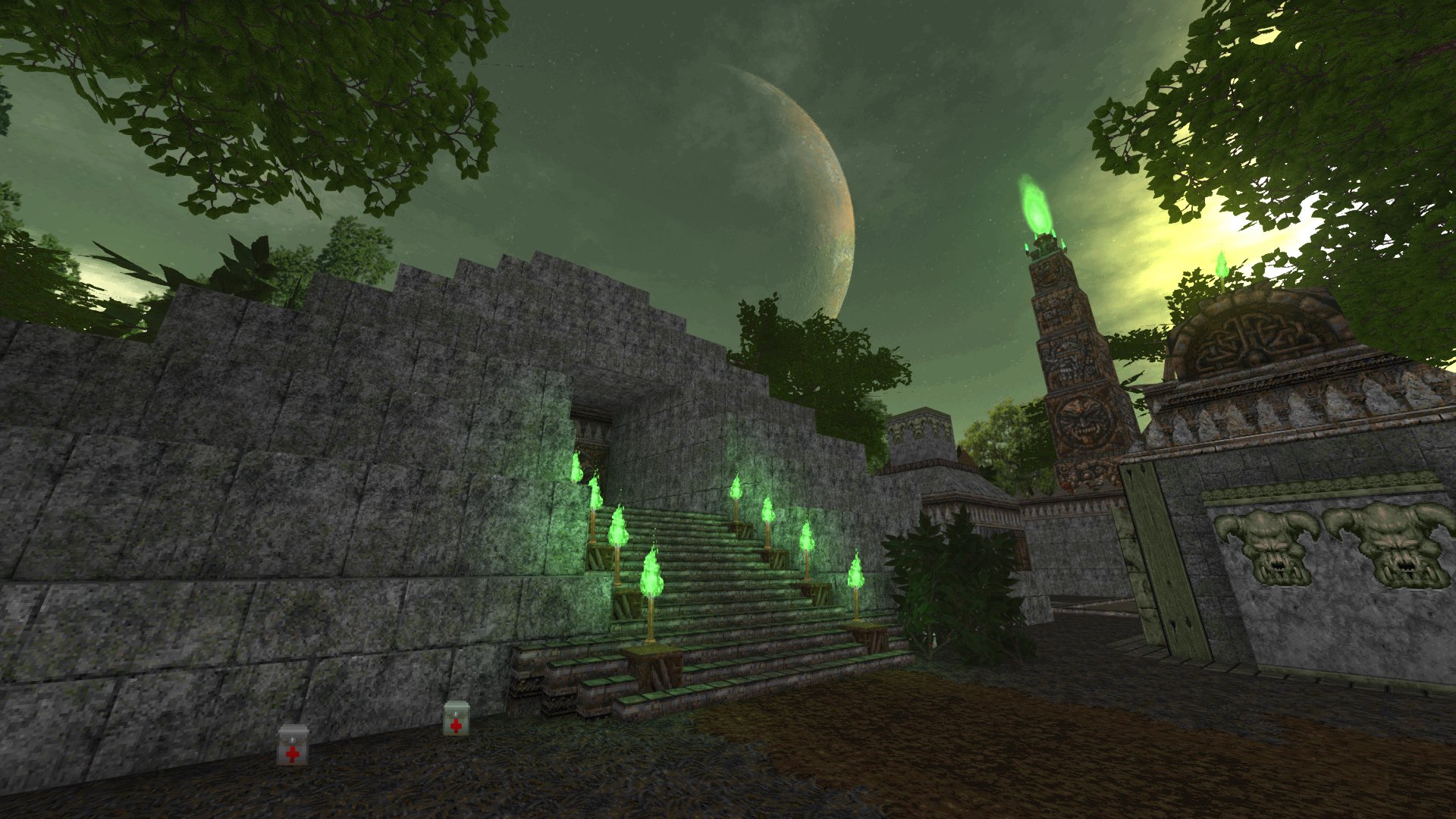 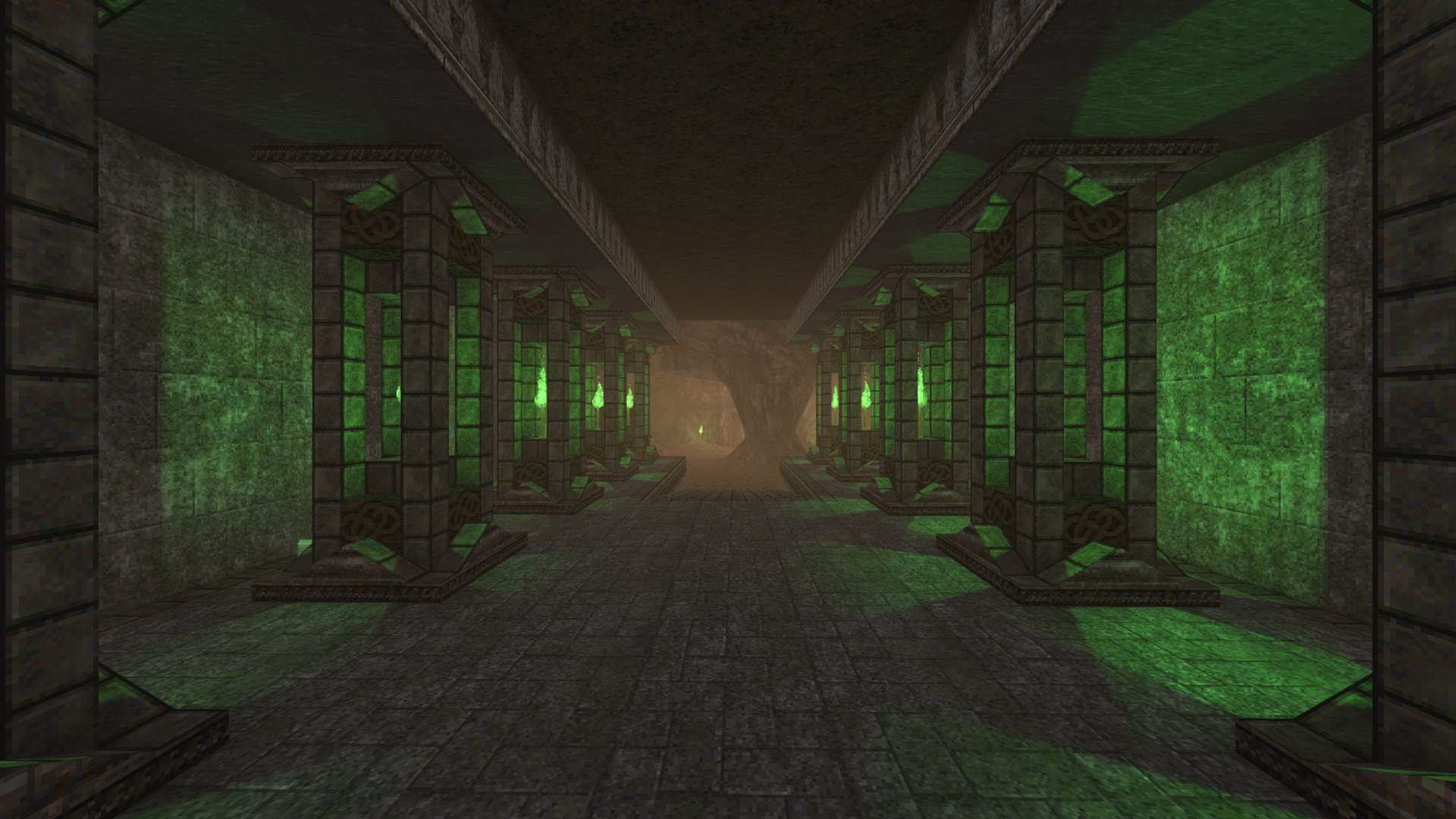 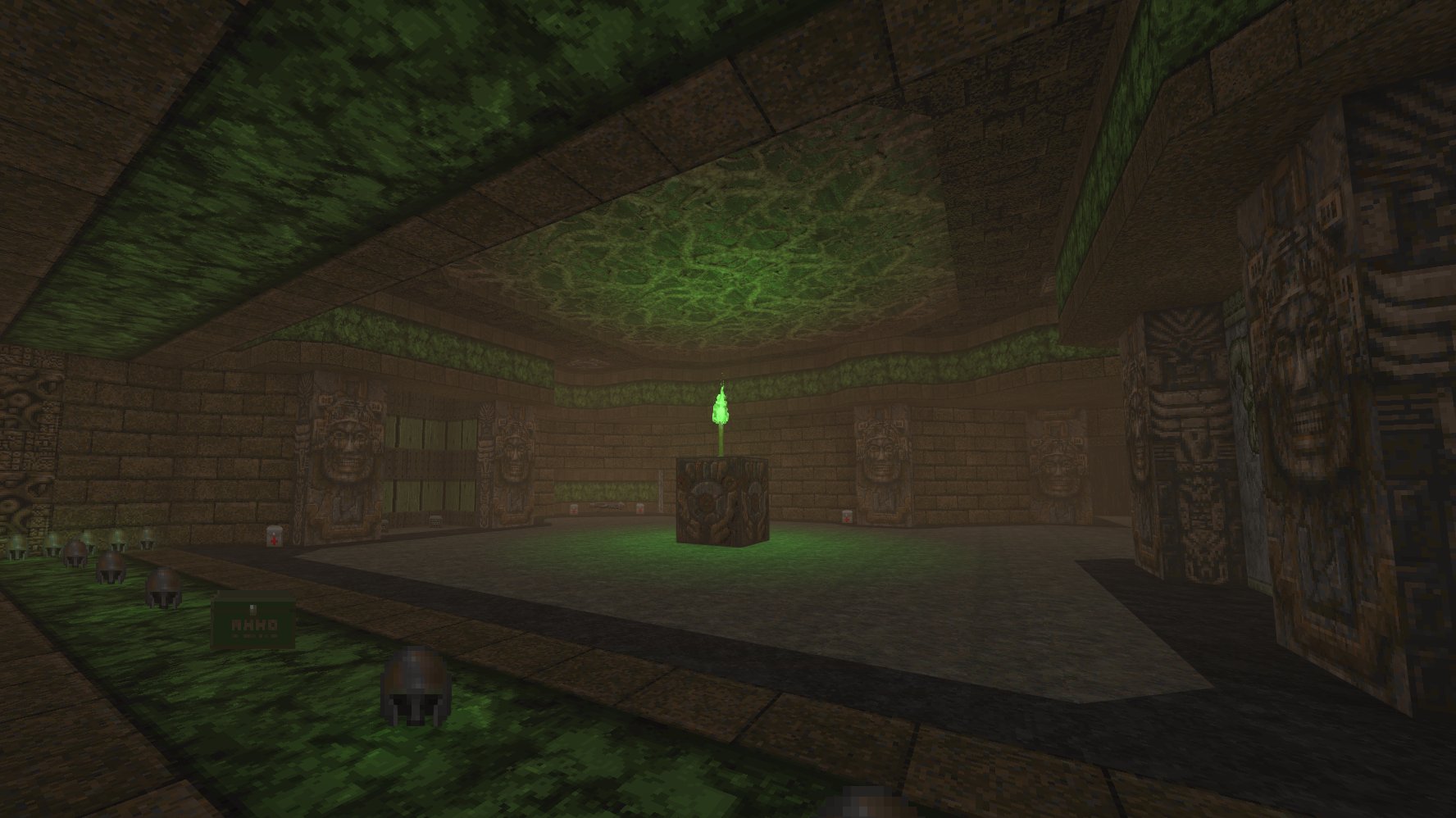 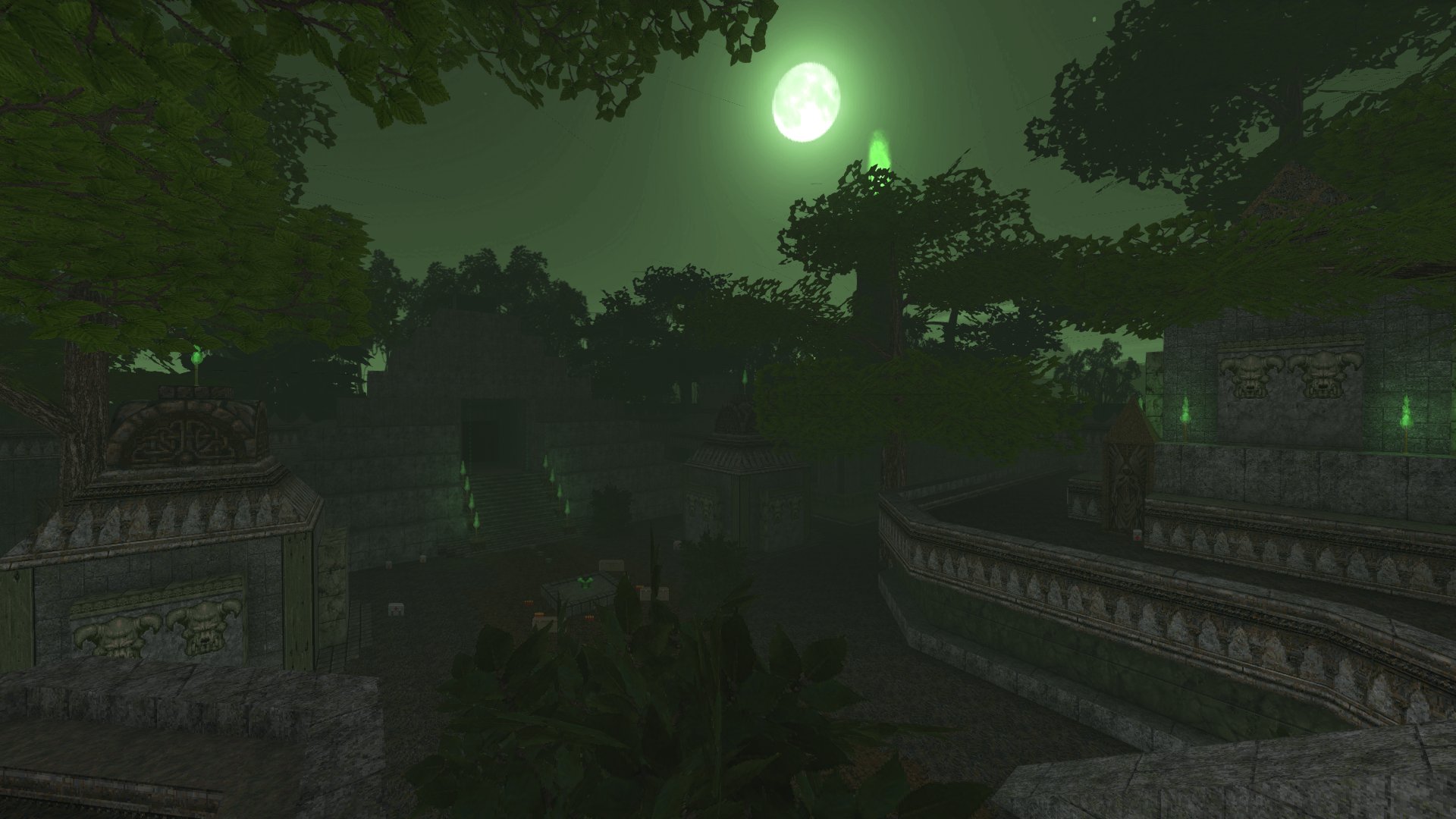 Dragonfly is working on an overhaul of the underground section, so some of the screenshots might change. The music for the map, Convergence Plates, is by @HexenMapper (and you can check it out here!)

Beneath the Thicket by me

The great pyramid was guarding the entrance to an ancient and overgrown part of the jungle. Rumor has it a sealed, vast underground labyrinth lies beyond it's thick vines. 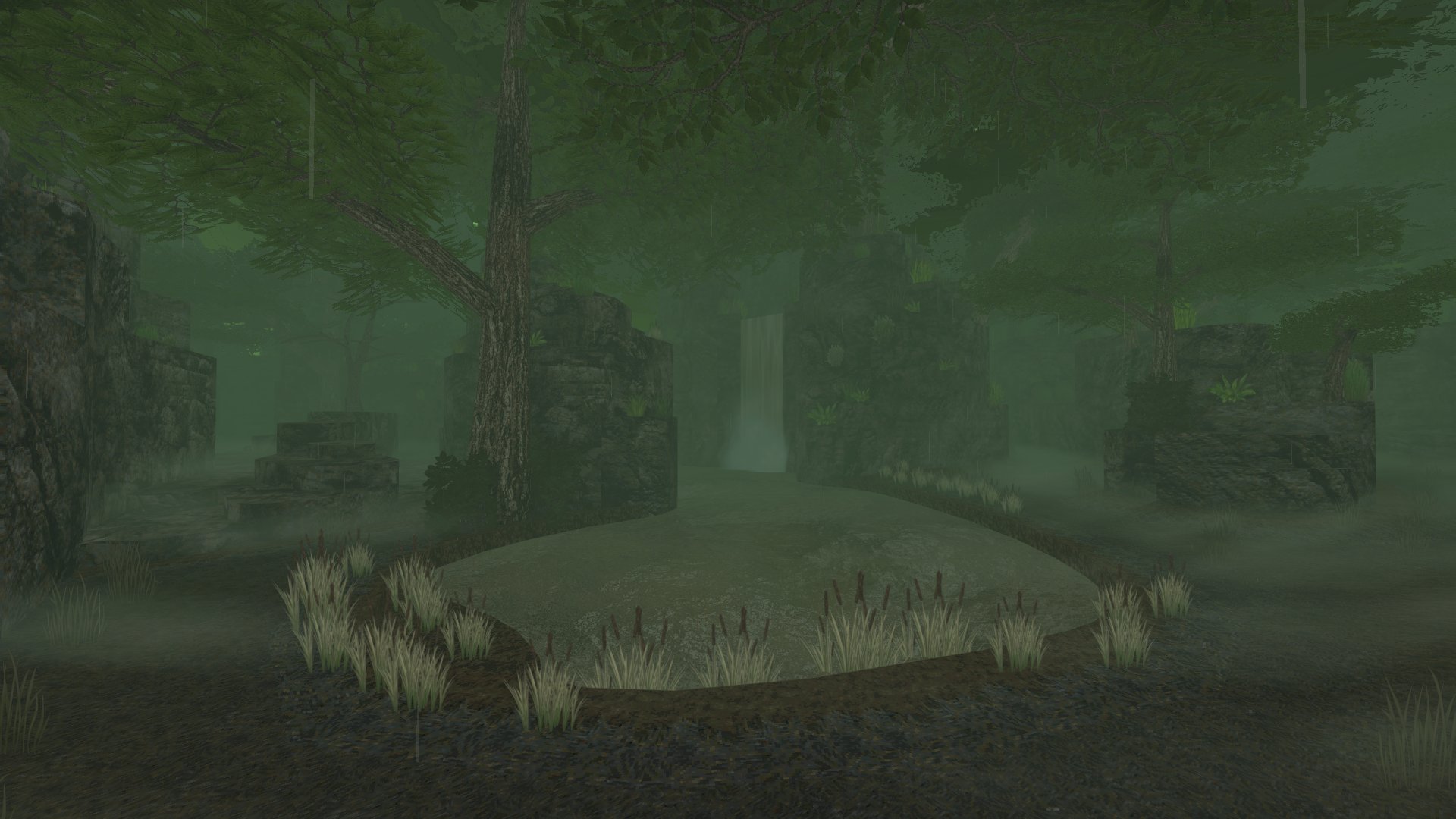 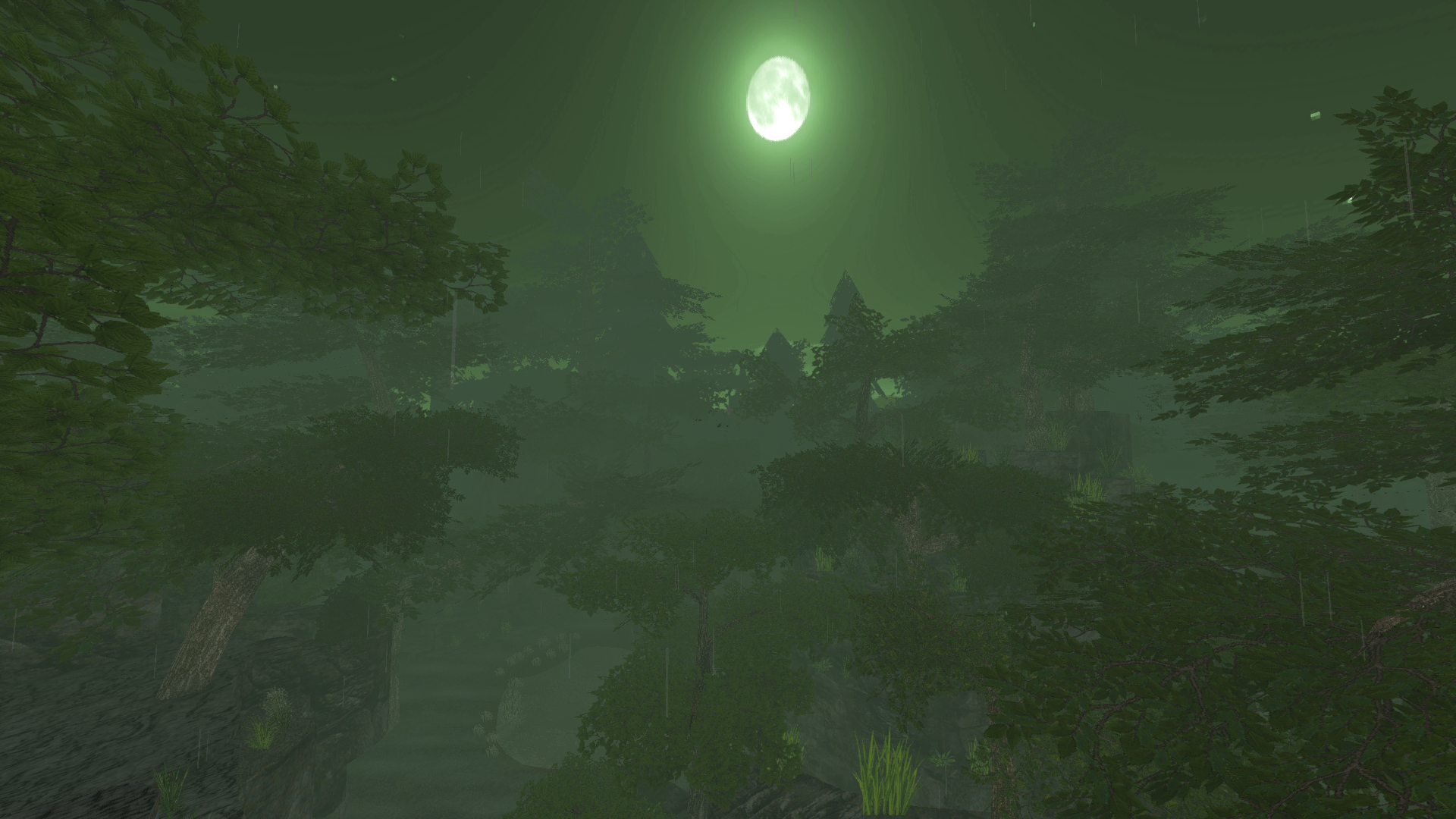 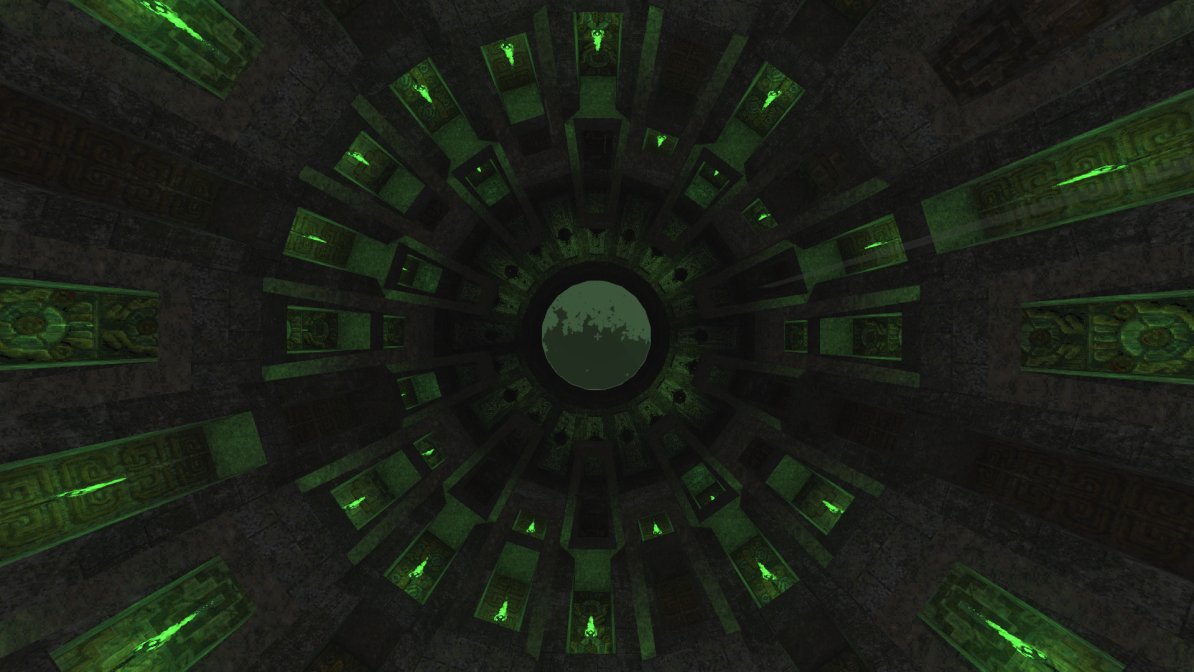 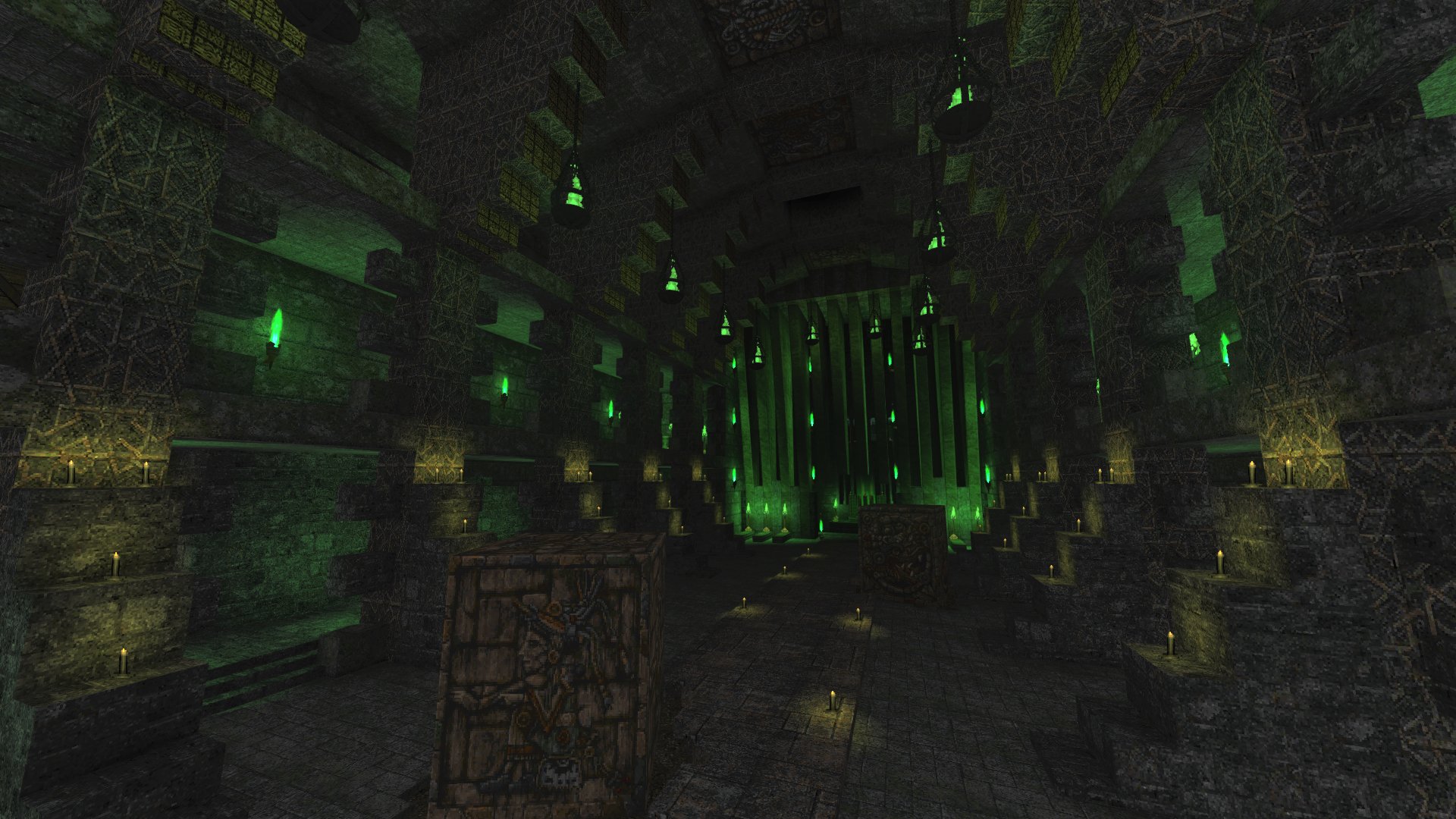 This map also features an original composition by HexenMapper.

Far beneath the jungle floor, in a gigantic cavern, you find the remnants of a much older civilization, long since fallen to ruin, now sealed away. What happened to this great metropolis, and why were the people who lived in the city above so frightened of it? 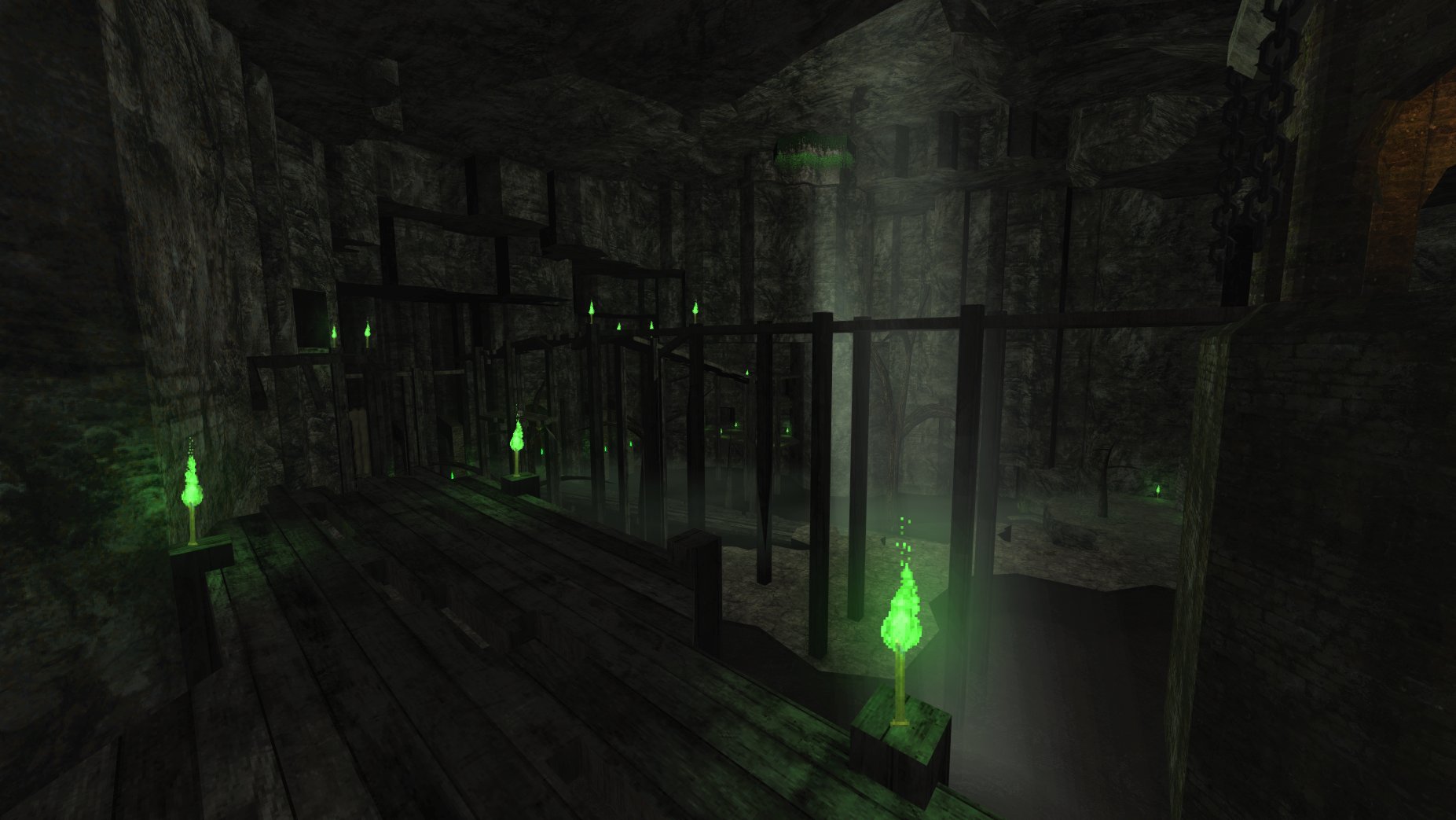 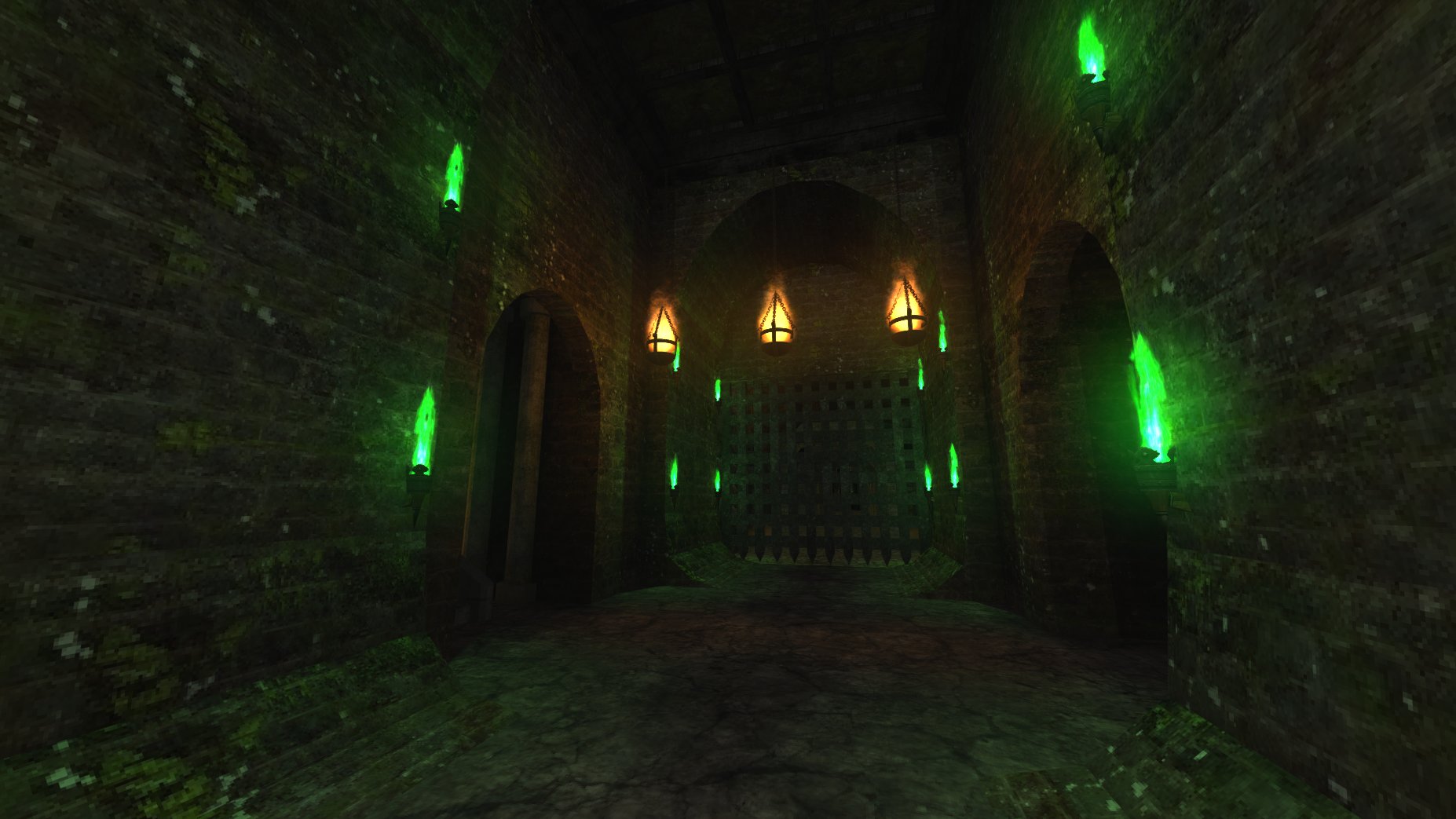 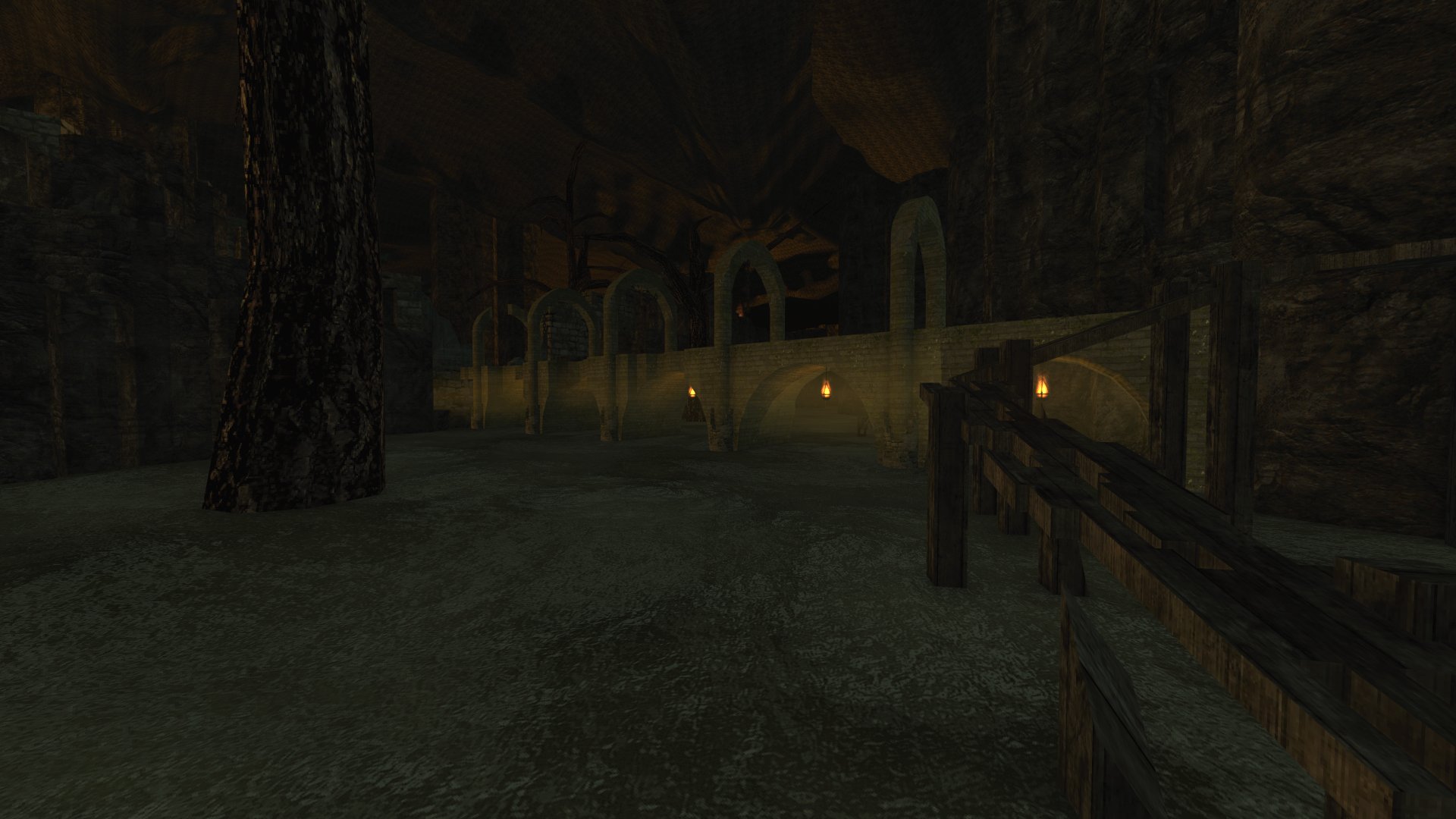 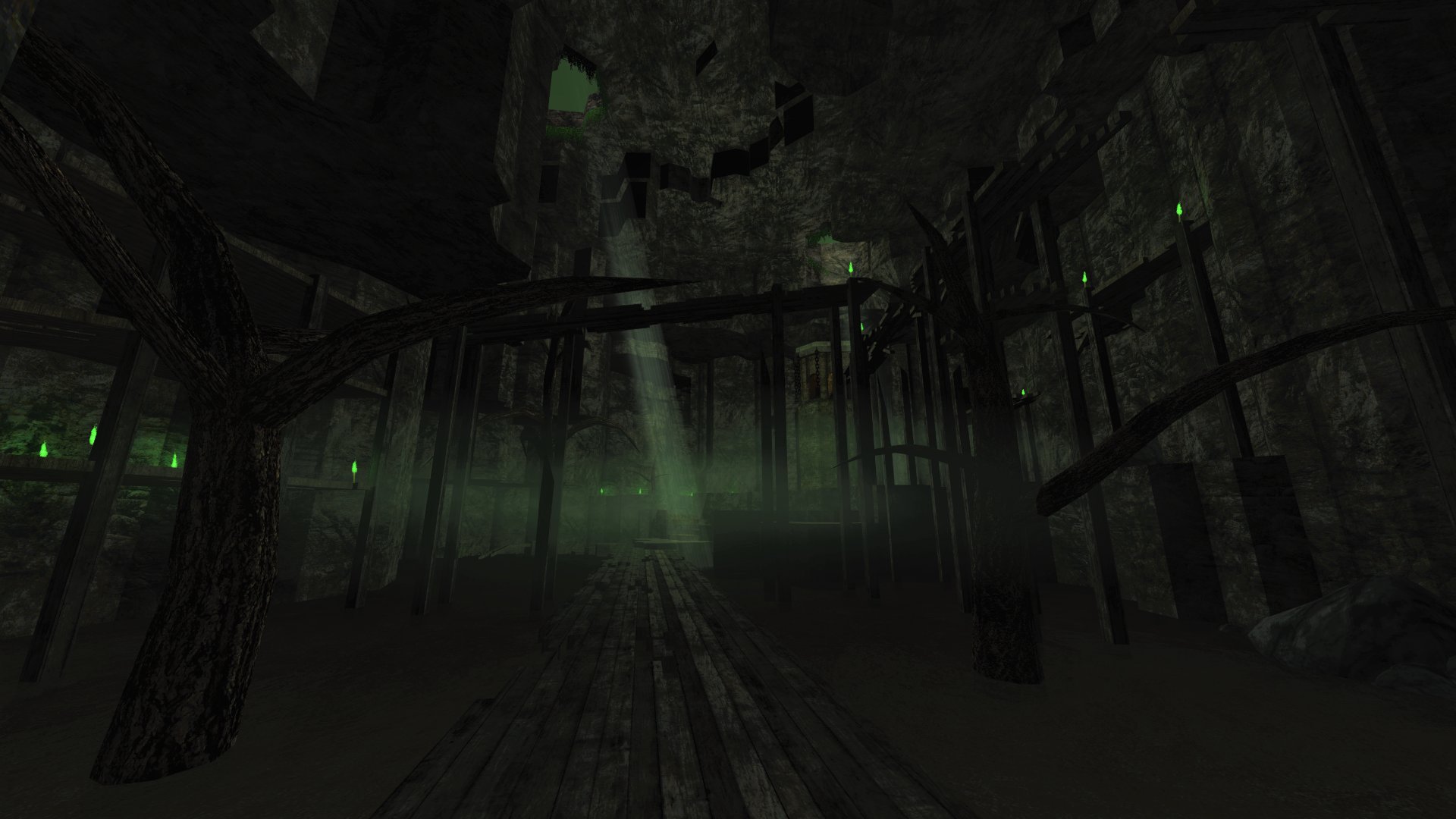 This sprawling creation is Remmi's love letter to Dark Souls' brand of decaying grandeur. It features an ambient, moody track by Primeval.

And finally, a sneak peak at the grand finale of the episode: the Earth Boss. Each episode features its own unique boss encounter, created completely from scratch by myself. These aren't your typical Icon of Sin fight: this boss contains 7 different phases and is powered by more than 4500 lines of ACS and Decorate coding. I'm super excited about how this charming fellow turned out!

@Eris Falling is producing the two music tracks for this level.

That's all for today! Look out for more preview screenshots in the future.

all of this looks impossibly good, amazing art direction!

Blimey, I can't imagine how long it took you to do this but it's got my attention, looking darn good mate, keep up the great work.

looking forward to this! ;)

Can't wait to wander through these stunning locales!