Posted by PityPleaseTheGame on May 23rd, 2021

Hello there indie game fans! Would you look at that, it's another Pity Please! game development log! Let's not waste any time and get right into what we've been up to.

We've gone through all of our code in order to try and simplify what we had. Not only is this simply good programming practice, but it also ends up making future work less complicated! Much productivity, wow!

Here's a snippet of our dialog system to give you an idea of the improvement: 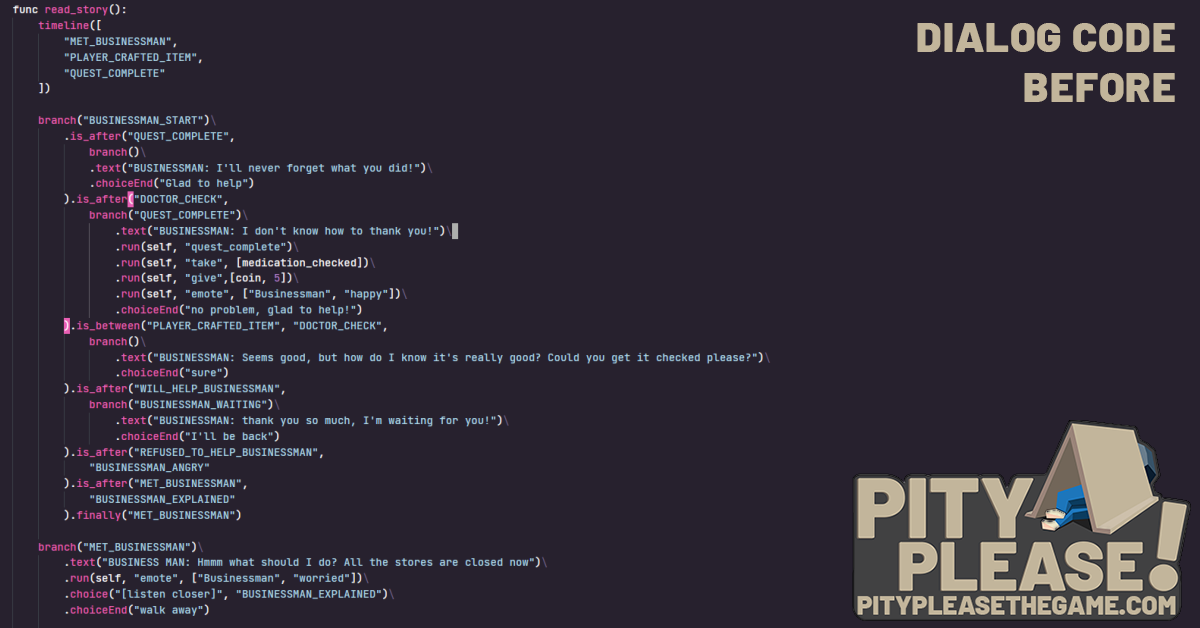 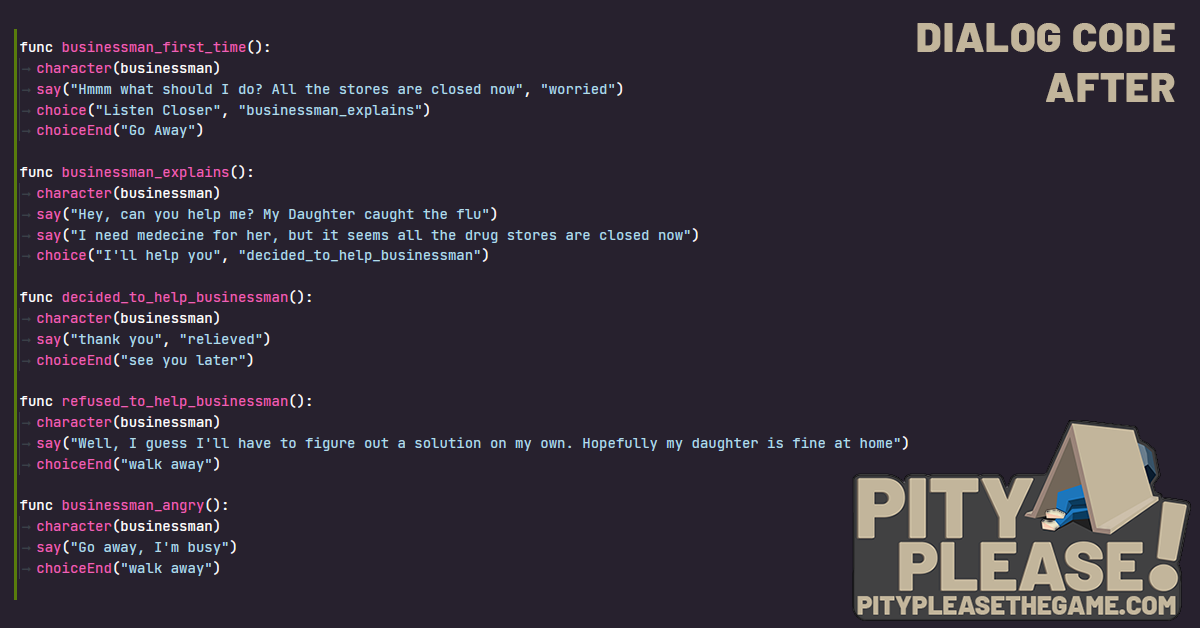 As shown above, there's far less nesting while the character line shows who your dealing with!

We've made multiple improvements to the traffic systems' navigation, which makes the vehicles smarter and avoids gridlock!

The next thing about the traffic that was bothering us was how the sprites suddenly snapped from one direction to the other. To improve this, we increased the sprite count for the vehicles.

We've nearly completed laying out the island. Here's a zoomed out map of Blessland Isle! 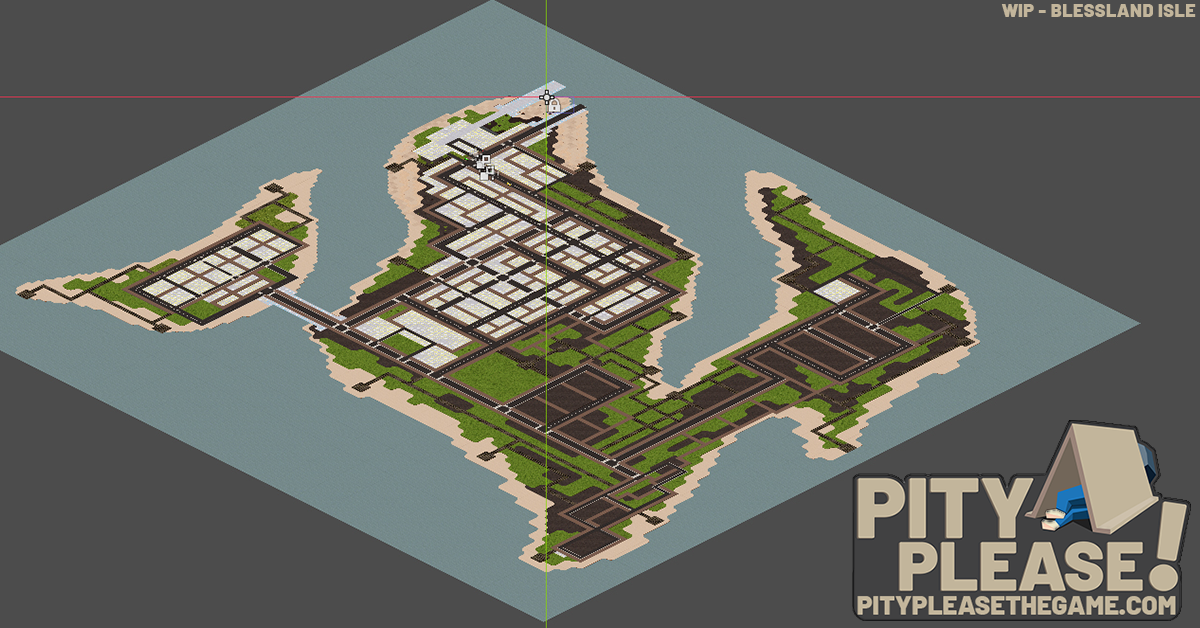 Now all we need to do is add all of the buildings, props, plants, NPCs, items, quests... Yeah, there's still a ways to go. Not to worry, we've already been busy doing just that!

Thank You For Reading!

We've come to the end of our fourth developer's log, thanks for taking the time to read it!

While updates may be slow now, we will be increasing their frequency as development continues. Our whole development team is really eager to get the first playable demo into your hands!