Lots of technological advancements this week! Important work was done on a large part of the island - caves (and therefore subterrains).

As with anything in the game, we want the caves to load seamlessly and in an instant. With our previous terrain, it wasn't even possible to draw a second terrain - but we separated some code and we can now create new, smaller terrain under the bigger terrain surface. 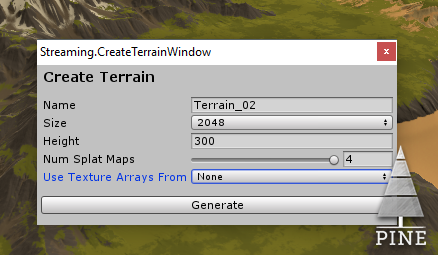 An intricate 'problem' with these caves was creating continuous logic for AI, so we looked into navmesh stitching for this. This means that we can additively load in caves and species will understand the newly added cave as a space they can move to. Next step, of course, is to actually make it a cave, and add holes and more geometry in these areas.

We've also smoothened out the rendering of the terrain LODs, now fading instead of popping! This adds a nice layer of polish, as you'll be constantly looking at the terrain during your playthrough.

For villages and environment, we've been doing a lot of LOD work to optimize the rendering of the villages - not much to show in that area.

Last week we talked about story, and we're working on some very rough storyboard thumbnails to test out some moods for scenes. We're getting really excited about the story! 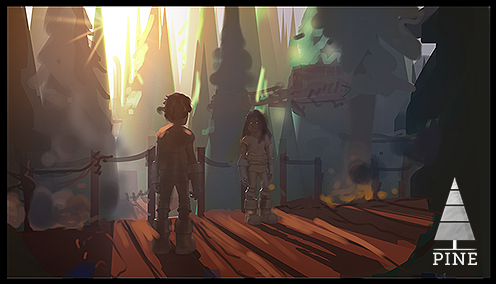 Lastly, we've shown the new Cariblin before, but he's now ready to be put back into the game. We're very happy with his new and upgraded look!

That's it for this week. Until next time!