Pine is an action adventure simulation game. Set on the island of Albamare, where Humans never reached the top of the food chain, an intricate ecology reacts, evolves and adapts to you specifically. It's up to Hue to find a new home for a near-extinct leftover tribe.

Inspired by the adventures of Link in the Zelda-series, the intriguing nemesis system of Shadow of Mordor, Fable's choice-dependent progression and the dance-like combat of Bloodborne, Pine brings you an ever-evolving world that provides each player with a truly unique journey.

In the world of Pine, every action, even inaction, has an effect. The direction in which you explore the island of Albamare and way in which you come into contact with its many inhabitants, defines how the world will change, evolve and adapt.

Survival of the fittest, even when you’re not involved

Pine is world-centric, meaning things will happen across the island even without your involvement. Based on principles borrowed from evolution and ecology theory, every single species will try what it can to survive - from small power shifts to the utter extinction of a group, Albamare's living, breathing and constantly evolving world can and will make it happen.

The vast island of Albamare is waiting to be explored, one mystery at a time

As you embark upon the quest to save your tribe and find a new home, you uncover intriguing details about the history of the island and how the current evolutionary course came to pass.

The island will provide you with everything you need, and as you progress, you will even discover many mysterious and helpful contraptions that will change the way you traverse, interact and fight: Scare away creatures with the Igniter, make your way across large gaps with the amazing Airglider or scale the highest cliffs using strong Climbing Axes!

Albamare is a dangerous place that learns from your moves

The island has its share of predators and territorial species. To defend yourself against their attacks or influence the course of action, Pine features a solid and varied combat system, inspired by the "dance-like" attacks and dodges of Bloodborne.

But be wary, as your enemies will learn how you fight: They will observe you, try out different combos against you and physically evolve, to specifically oppose your style! It will force you to adapt to them in turn, so choose your enemies wisely.

Based on their specific needs, some species will try to find shelter during storms or on cold nights, or even move to a new territory in large migrations. The weather can be your ally or your worst enemy, so keep an eye out for what's coming your way.

Inspired by both classical symphonies as well as contemporary game and film music, Pine's soundtrack by Ratchet Audio seamlessly flows through the experience as if it were coming from the island itself. 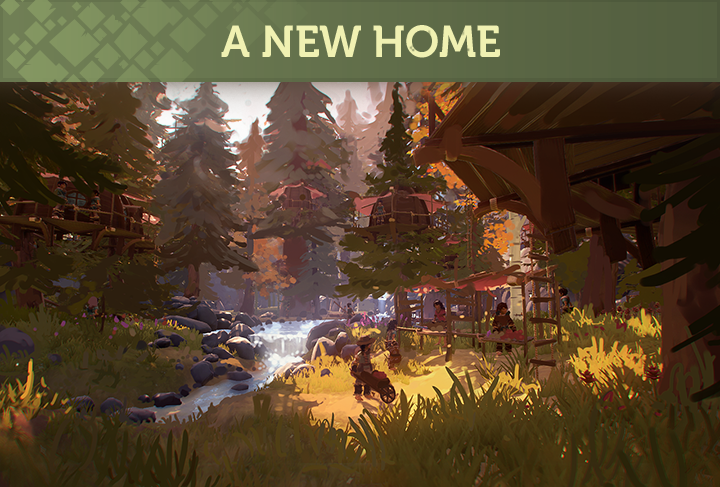 In the world of Pine, Humans never reached the top of the food chain. In this novel ‘evolutionary timeline’, other species got the chance to develop language, cultivate and become smarter than ever.

You play as Hue, a timid adolescent growing up in an isolated group of Humans, deep into some beautiful pine woods. Traditionally, the tribe you live in does not go into the Out, afraid of the creatures wandering through the biosphere and afraid of losing their safety. 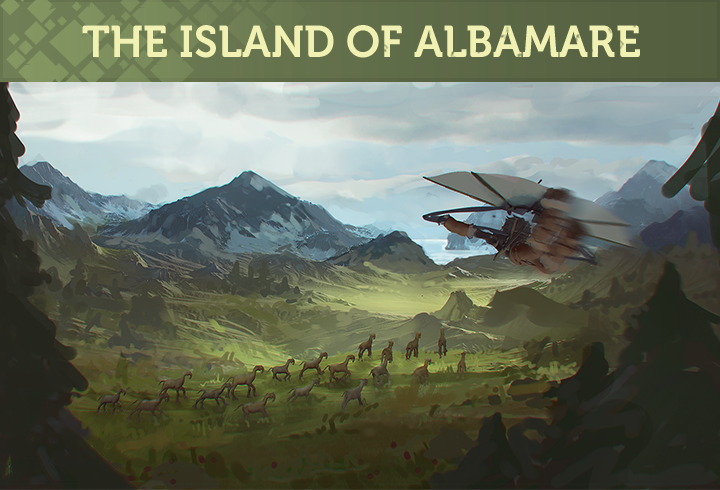 We are filling Albamare's ecology with wondrous locations. It features mountains, plains, forests, beaches and swamps, ready to be explored in an open world-fashion.

The weather on the island is always active, meaning a species on the other side of Albamare might be fleeing from the storm that's raging there. You might even need to take advantage of certain weather conditions to get things done! 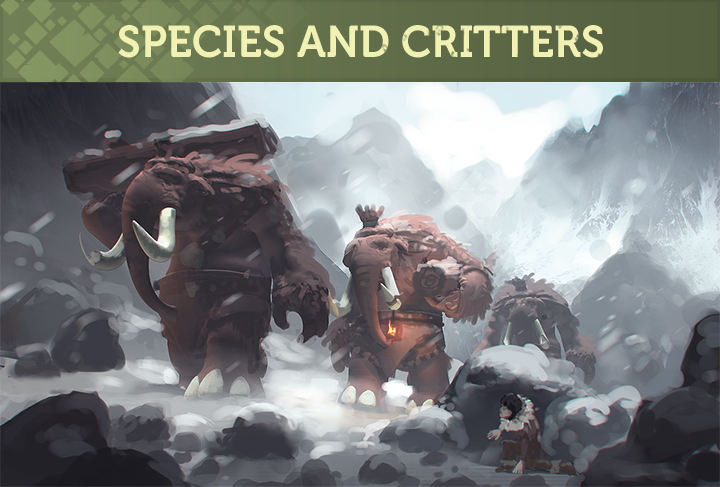 Pine is all about your adventure and the way it evolves through your actions and interactions with its world. On your journey you will meet a wondrous cast of creatures, some more, some less evolved.

With every encounter, every interaction, you will learn more about the species you share the island with. Your decisions will alter the course of what all of Albamare will become.

You can choose to befriend a species, fight alongside them, help them to gain territory or even bring them food and resources. But you may also choose to attack them, steal their food or force them to abandon their current habitat and move on.

Your actions will shift the power of balance between Albamare's inhabitants - choose your friends and enemies wisely!

Find pieces of equipment on the island, or trade with and steal from the species living on Albamare! Earn their trust by using armor sets that resemble their cultures.

Each organism within a species looks different. Using procedural algorithms, we give each organism a personality and specialty. Based on their stats and style, they look differently. Natural selection and survival of the fittest will do the rest: the entire species will grow more towards the organisms that are strongest against you.

Let us know what you think in the comment section below! We read all feedback, suggestions and ideas.

Pine is coming October 10th to PC and Nintendo Switch!

The 7 of us cannot wait to finally give it to everyone! What do you think?

To celebrate the announcement, we are launching a limited beta on Kartridge TODAY, where new players can have their first try at Pine and help us finish, polish and tweak the game to perfection. Check it out on Kartridge!

We only have a limited set of keys to sell, so be quick or tell your friends, as it’s discounted there until launch!

Every day we’re getting happier with how the game is turning out! We’ve updated all of our setdressing and lighting recently, check out some new screenshots: 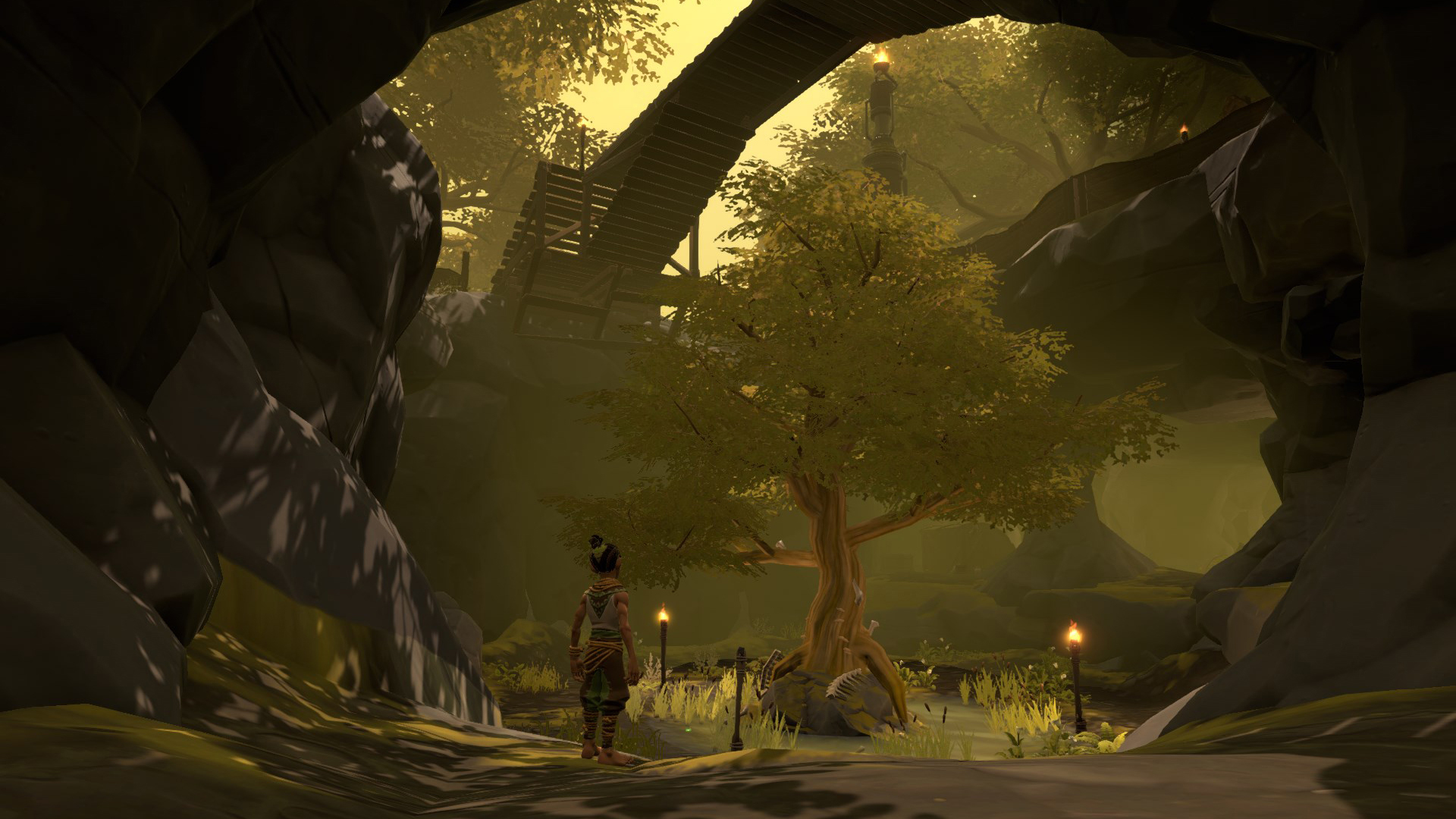 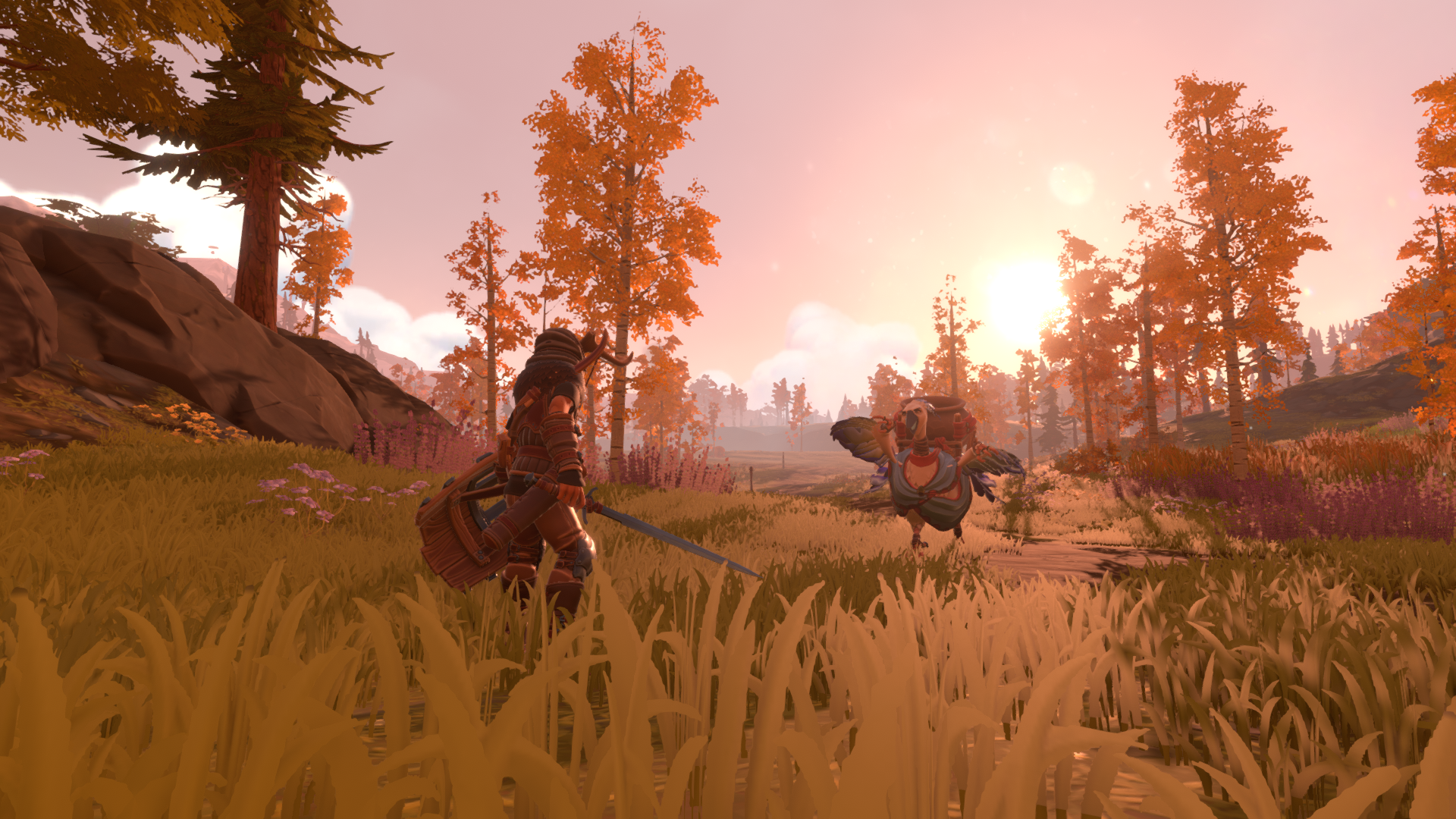 Here’s finally another (long overdue) update post! The whole team has been so hard at work to make every aspect of the game better, as we’re moving...

Pine is coming to Steam, Kartridge and Switch in August!

We are so excited and privileged to share with you finally that Pine is due to release in August later this year for PC and Nintendo Switch!

With the release year officially started for Pine, we can definitely feel the pressure building up, but also excitement to give the game to everyone...

Right at the end of the year, time for a short recap about some of the work we did in the last two months. We’ve been diving so deep into the island...

Are you planning a Linux version as well?

Hello! I have just writen about Pine in an article about the best indie games: Indiedb.com

Hey, cool, thanks! Do you have a link to the article or can I find it on our game's page too?

Oh boy, I can't wait for this! And I have to ask since there is fable esque choice and consequences...

Is there a genocide ending?

We have chosen to have a closed ending on the story, being a small team of 6... however, you can make a species go extinct by actively working against them!

Hello this is Jesse, I saw that post on Facebook that led me here and I'm guessing that's the new camera view?
Facebook.com

I guess I'll leave my feedback if it's OK and please let me know if I'm being annoying, I do care about this. XD I mainly felt more comfortable leaving it since we have been talking about it and you said you would put out a new gif video but at the same time, I feel like I might be annoying or worse.

My feedback: It still looks too close like the first time I noticed. I think the older versions were a lot better where it wasn't too close, had a view, and also had at least 3-4 feet of ground visible behind your character. I wish the camera was more like this again: Twirlbound.com
It's also part of the reason why I donated since the camera is usually a big deal in games for some people like me. :)

An alternative suggestion that would be for everyone is a "camera distance" slider that allows people to adjust the view and allow it to be like the older version or closer. It would help everyone since many are different.
If that's already being worked on or perhaps the new camera was like older version but hasn't been shared, then that's my bad. XD

Sorry that I wasn't being very clear earlier. I should of showed one of your older gifs way back. XD

Edit: The links I've sent looks like it just leads to the main site home page, however if you click on them it still takes you to the direct page I'm linking to.

Not annoying at all, it helps to have someone with a sharp eye on the camera system. The thing is that we've added a lot of new things in a late stage of the demo and we haven't really gotten around to tweaking everything. So yes, we'll be tweaking all positions, as we've already noticed it's indeed a bit close and a bit low too. That gif is a good reference, thank you! We'll get to it very soon.

Thanks for keeping an eye on it! I'll let you know when we tweaked it to perfection, back to the old version :)

I actually been noticing it looked like it's been tweaked a lot recently but always been still too close on it's distance. Personally the gif I showed from Twirlbound was very good, it's not too low, and not too high on the y-axis and the camera being that further away from the character felt good too. ;)
Also don't you mean too high for the Facebook one? It looked like the camera was too high rather than low. XD

Some help I offer if needed:
I remember seeing this the village music video: Facebook.com
and it had a good amount of ground behind the character, but the top of the character was a little less roomy, and I think changing the distance to be a little further back would make it closer to being perfect. Closer to the Twirlbound gif. The only other thing is that it might need is that when you run (normal run, not sprint), the camera slightly zooms more out or the character goes a little further away from the camera like the Twirlbound gif. The running thing probably isn't a huge deal for me, but I do noticed it looks more natural. XD

You're welcome! I would love to comment on it when you have it done. ;)

Enigmatis 3: The Shadow of Karkhala Adventure