Posted by MathijsRevora on Sep 4th, 2017

First off, work on the Lothlórien release is going well. More info on that soon (including streaming dates).

As you know, Age of the Ring is based on the 2.02 community patch, which is still under active development. Our first two releases were based on 2.02 v6. Recently, however, the 2.02 has released v7. What does this mean for Age of the Ring?

We will continue to be based on 2.02, which means that future versions of the mod WILL REQUIRE THE NEW 2.02 v7 PATCH.

Today we have uploaded a version of AotR 1.1 that is compatible with both 2.02 v6 and 2.02 v7, however we HIGHLY RECOMMEND getting 2.02 v7 ahead of our next release so that you'll be able to play it immediately - playing the mod on T3A:Online will require 2.02 v7 also.

PS: Enjoy this screenshot of Lothlórien in the snow: 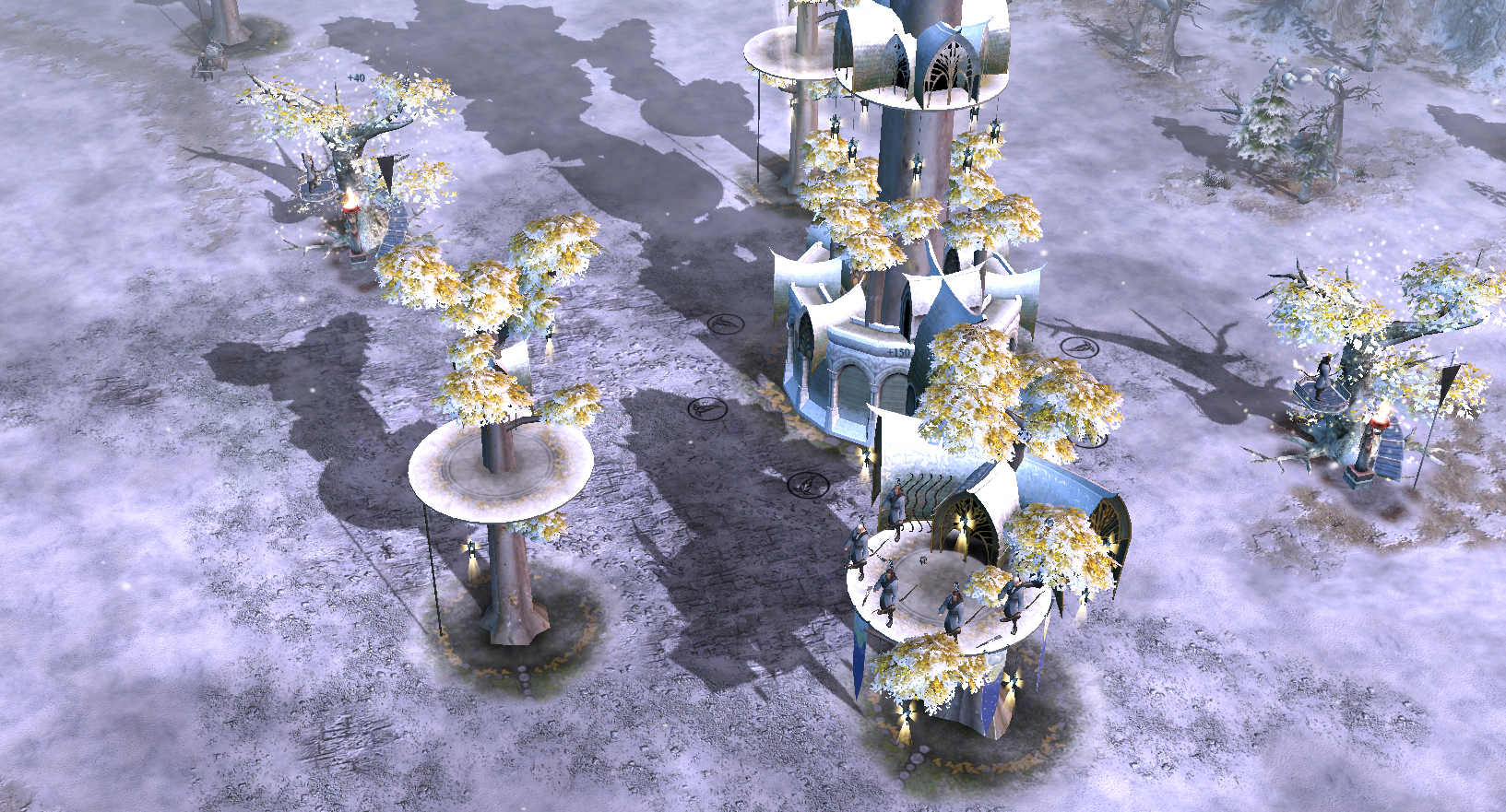 Man, from the start I was encouraging people to use 2.02 as a base for their mods. Edain is too complex to be utilized fully. BOTTA is no longer developed and does not support CaH and WoTR and RJ ROTWK despite being perfect it also has perfect bugs and inconsistencies.
Then Age of Ring comes along with the merger of best features from BOTTA and RJ ROTWK with special touches by the devs themselves. Man.... dude..... duuude...... duuuude.
Cool

a perfect comment for our deary " Age of the Ring " mod^^.

age of the ring has a LOT of promises and fantastic potential,

DID U GUYS FORGET HOW LONG IT TOOK EDAIN? almost a year just for imladris.....

PLUS in the FAQ's AOTR had said they will release the factions when they are comfortable with them AND had said lothlorien isnt that far away and will be released soon THATS QUICK if you ask me......

As long as they finish this porject all is cool. They just need to finish it or it will be another great mod ending in developeing hell...

Guys please give back Gandalf the lightning sword! He is a hero killer, why should he have the heal, when Aragorn has it?

why do i have a white texture on my created hero(archer class) after i load a saved game?