"Alright men listen up!”, said an AC officer to his troops inside of a sea transport, “Tonight, we're infiltrating the WEA furnace facility on the southern part of Portugal. The plan is to get in, and get out, before their reinforcements arrive and blow us to hell.

Southern Portugal, 7 kilometers away from the coast 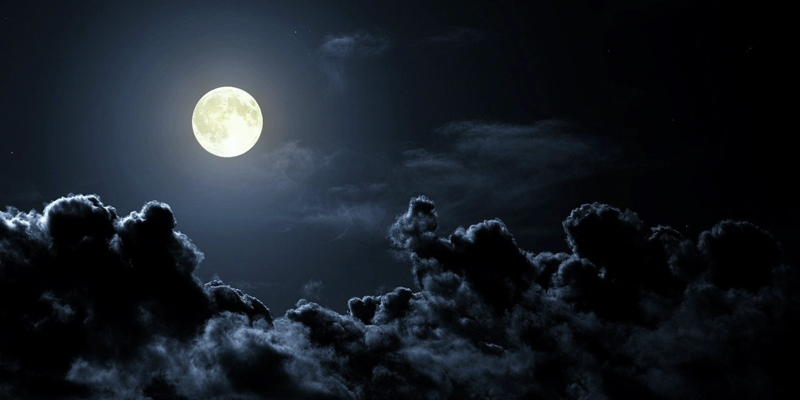 "Alright men listen up!”, said an AC officer to his troops inside of a sea transport, “Tonight, we're infiltrating the WEA furnace facility on the southern part of Portugal. The plan is to get in, and get out, before their reinforcements arrive and blow us to hell. ETA to target is around midnight. We got to get to the base before dawn. Bravo team will provide a diversion for us to do our thing, so do your damned best! We cannot afford to lose this opportunity. Godspeed!" A few other transports trailed behind them, holding Bravo team’s troops and armored vehicles. The AC has been experimenting with new stealth technology for their naval transports and this mission was the perfect opportunity to test them out in actual combat. Just like the rest of the Great WEA Wall, the coastline around Portugal was guarded by heavy defenses and highly advanced sensors, but somehow the AC spy network managed to infiltrate and sabotage the sensors around the Portugal facility. “Operation: Night Shadow” was on, its purpose; to secure data on the WEA’s solar furnace and photon weapons technology, in the hopes of speeding up the conflict in favor of the AC.

Midnight struck. The transports reached the shore and unloaded their cargo. The infiltration team gets into position as Bravo team begins their assault on the facility. “How did they get this close, what happened to the defences?”, shouted the WEA base commander as a blare of alarms rang throughout the entire facility, “All the sensors are down, the defences are not responding!“ “Fix it immediately! No WEA facility has been successfully broken into yet, and I won’t be the first one to let that happen!” The AC commandos had progressed much towards their goal, but the advantage gained by their surprise attack slowly faded as the WEA defenders fought fiercely from then on for every inch of ground to hold the AC back.

"We're under fire from AC forces, I repeat, we are under HEAVY fire from AC troops, send reinforcements ASAP!", a WEA communications officer was shouting frantically at a monitor which was currently calling the WEA High Command from inside of the besieged command center, but all he got back was static. The AC infiltrators managed to take out communications before any reinforcements could be called. With fatigue and frustration slowly creeping in, the situation seemed bleak for the WEA defenders, as they continue to hold back the AC attackers.

When suddenly, “Sir! WEA reinforcements are coming in! We’re being overwhelmed!” “What! Impossible! We just took out their comms, there should be no way for them to call for help.” A massive WEA assault force hit the facility and started to push back the AC attackers. Control of important structures was regained and skilled technicians scrambled to reverse the AC sabotage to the base's defences. As the defences began to power on one by one, the AC was pressured to go directly for their objective and commit all troops to protecting their engineers as they got what they needed.

As the WEA forces were pushing the AC commandos back, Bravo team were now under new orders; to do as much damage as possible to the facility. The mission was turning into a disaster. A couple of AC tanks started to attack some of the still unpowered defenses, when all of a sudden the air around them got extremely cold and multiple AC vehicles were frozen under a thick layer of ice. All around, AC infantry were turning into ice sculptures, while the ones that managed to escape were cut down by MG fire that seemed to have come from nowhere.

“Push forward! We need to get to the furnace before those bastards can blow it up!”, shouted the WEA base commander. His troops were pushing back Bravo team, but were still too far from the furnace to defend it. However, the WEA reinforcements soon linked up with them and managed to eliminate Bravo teams remaining forces in minutes.

In the end, only the AC commando team and a few engineers managed to escape the facility and started making their way to the extraction zone, but before as they got closer their path was blocked by three giant armored vehicles, behind them, the burning wreckage of their transport. Within a few seconds the only thing left was plasma residue, charred AC corpses and burned out vehicle husks. 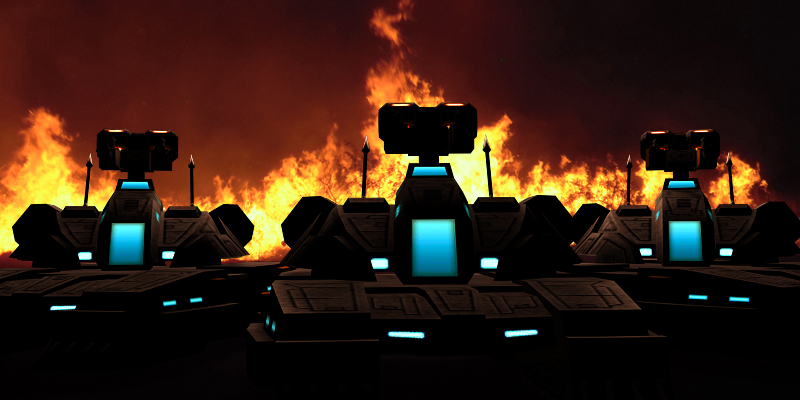 Back at the facility, walking among piles of frozen human parts and vehicle husks, the WEA base commander rushed to welcome their unexpected saviors.

“I am commander...” “I know who you are, commander.”, before the base commander can give his name, he was cut off by the leader of the reinforcements, “you are the incompetent fool that almost lost highly important WEA data to the AC.” “Wh-What?” “For months, we have intercepted messages from this base sent by AC spies within, yet you did NOTHING!” “Spies? I had no-” “And that is exactly why you are A FOOL!”, the base commander, was frozen, unable to reply, “As of this moment commander, you are dismissed, and you will be taken in front of a military court to answer for your incompetence.”

Operation Night Shadow was a failure before it even began, but offered the WEA isolationist faction the perfect excuse for their policy. As WEA was in a sandwich between AC and ADF, parts of the society as well as politicians started to question the idea of isolation and started pushing for an alliance with the AC as it was in the old days of NATO. When High Command intercepted what seemed to be a spy message from their Algarve facility, they realized that it was the perfect reason to keep WEA's isolation. They knew that an alliance would force them to share both the technology and their space domination, and that was out of the question. They allowed AC forces to attack and kill WEA soldiers and civilians and use it as an excuse to crush the pro-alliance political factions. The plan was a success.

Throughout the past two decades the WEA has had many enemies to deal with, and as such, to provide security for their borders, the WEA military started a project to create an effective vehicle able to combat enemy incursions until heavier forces could respond. The product of this was the Deimos light assault and recon vehicle, which combined speed with the ability to hold infantry, which can fire out of the vehicle through fire ports, and deploy them at the frontlines. The Deimos is armed with standard light machine gun, it also has highly advanced sensor systems that allows the Deimos to counter even the most advanced stealth technology.

Like all Tier 1 units, the Deimos can further be upgraded with 1 of 2 tech improvements, in this case a choice between a stealth field or a HE missile system to complement its machine gun.

The Centurion tank is an armored vehicle developed to provide support to WEA forces on the frontlines. Made in cooperation by Cynopolies and ZTech, it sports an exotic weapon using Cynopolies' technology. That is, a beam using a "chemical ice" formula as a weapon to freeze the enemies of the WEA. On the unprotected person, it turns them into raw chunks of ice, effectively killing them, and it is able to freeze vehicles solid to temporarily knock them out of combat. Additional to its main gun, the Centurion can launch 3 'Ice Mine' missiles that deploy into cryo mines when they hit the ground. The Centurion's armor allows it to take a few hits without being destroyed and tangle with hostiles in the frontlines.

Affectionately named the "Big Jugs" by WEA soldiers, the Juggernaut tank was developed by the WEA Continental Defense branch of the military with heavy cooperation by ZTech Industries and the Cynopolies Corporation. The Juggernaut is a “blockade breaker”, whose purpose is to smash through enemy lines. Using advanced nano armor that is able to self-repair, it is able to serve its purpose extremely well. It is armed with dual photon cannons on top, two massive missile pods on both sides, and missilepods hidden near the front of the turret that can fire disruptor missiles. The downside of the Juggernaut is its extremely slow speed and the massive cost of production.

The circumstances of the WEA's existence called for a highly mobile anti-aircraft vehicle. As time was not on WEA's part, and there was need for an all terrain vehicle, it was decided that an ESA Mars Vehicle, a project since before the impact, would be used for the project. After reducing the amount of high tech stuff on it, and using less expensive materials, the Phobos Mobile AA System became WEA's dedicated light anti-air vehicle. The Phobos is equipped with a pair of missile pods and excellent speed to counter any air incursions, in addition, it can also transport a single infantry which, when coupled with its fast speed, acts as a good map control support ability. Of course the drawback of the Phobos design is its armor which can barely stand up to small arms fire, let alone tank cannons and rockets, so a commander would be wise to keep these systems out of harm’s way.

We never forgot them. It's everyone else who thinks that we did.

That is why I love Modders
Compared to some Game Devs, Ie: EA, they actually know when it's to ditch something, when to use it and when to Make it awesome
FOR THE WEA!

Those new interactive 3d models are amazing, i really like to see another update, especially with such big amount of stuff. Keep up great work guys!

Tks :). Glad you like them, as Zeke put a ton of work in doing this stuff.

Sounds like the CIA has their heads up their ***** with that horrible intel, good read though. ^^

Great models, when can we expect a release?

Hopefully, sometime before the world ends.