Do you know what time it is, No? Well neither do I because that's how things work on valve standard time, getting things done "soon!" So for all of you that do or don't follow our Moddb page and YouTube account, its time for the (bi)monthly update! We have picture, videos and even an audio log, oh boy! So lets get right to it.

Do you know what time it is, No? Well neither do I because that's how things work on valve standard time, getting things done "soon!" So for all three of you that don't follow our Moddb page or YouTube account, its time for the (bi)monthly update! We have picture, videos and even an audio log, oh boy! So lets get right to it.

Few short announcements for this week. First off we have a new page/group/account on both Twitter and Facebook. They are a way of keeping in touch for when these monthly updates are a bit slow coming. We want to keep people relatively engaged than just dumping a truck load of images every couple of months. Expect a little more "behind the scenes" type of posts on those respective pages. As for our other pages we have begun revamping layouts and backgrounds, Bucky went ahead and spruced up our YouTube page for this months update and SickJoe is creating few things for our Moddb page as well.

So a lot has gone on in the past two months but I will try to keep it short. In modeling news We now have a few new weapons such as the MP5 and Fire Extinguisher which you can see renders for below. A large focus has been put on vehicles from firetrucks to pickup trucks our arsenal of motorized driving machines is growing ever larger. As usual we have a myriad of small little props and textures that don't make it to these updates due to their small nature. Yet you might catch a glimpse of those props in our map screen shots.

That brings us to the mapping side of things. I mentioned a few months back that SotaPoika was working on a new remake but neglected to say which maps as it wasn't official yet but he is remaking Darth_Brushes old City of Dawn map. No screenshots yet but the layout is pretty much finished he has been texturing and laying out props the past few weeks. Vincent has made some great progress in his map which is newly named nmo_nightfall. We have some new screenshots below for nmo_hospital by _rc which is pretty much finished, he is currently setting up objectives. Animations are going along swimmingly, Sn1pe has been working all of our weapons getting placeholders for testing as well as working on final cuts, you can see four animation demos below. 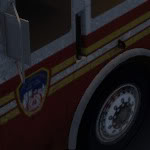 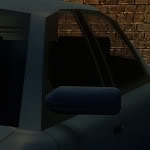 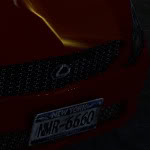 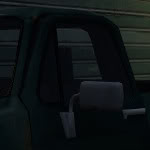 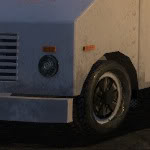 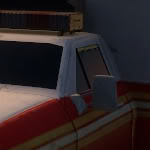 First up it's an MP5, if you've ever played a fps you've seen one. Maxx might say he spent hours on this thing but whatever, just ignore him and tell him to get back in his cage and back to work. Oh did I mention we have a animation demo below as well? 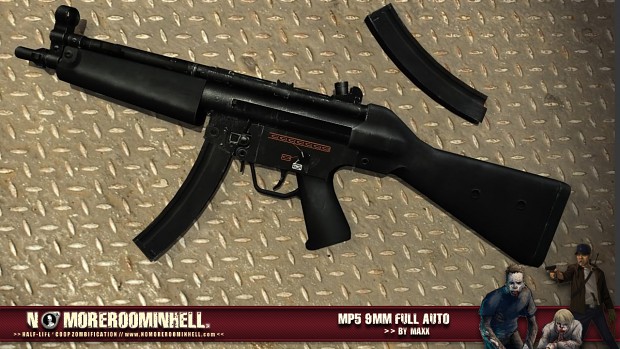 If firetrucks aren't enough to put out that fire in your heart we now have a fire extinguisher. Dual purpose for all your beating and flame retardant needs this is the tool for you! 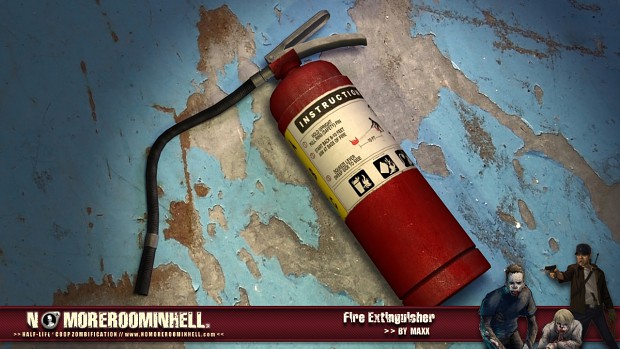 You might bee thinking, "Hey, I've seen this before what a rip off!" To that I have 6 little words:

Anyway, Surfa decided it's needed to be touched up. 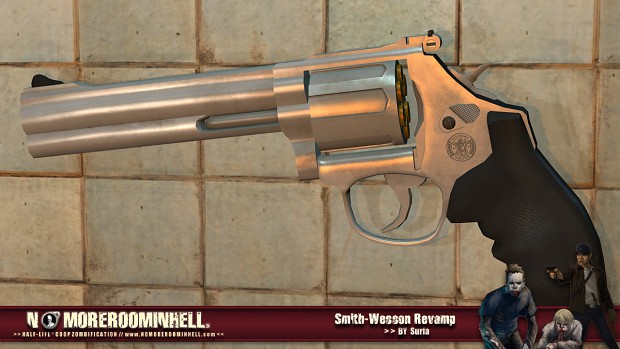 We haven't shown many images for _RC's hospital map so in order to change that we took three. Well, we really took four but Bigfoot decided to make a guest appearance. 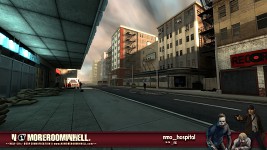 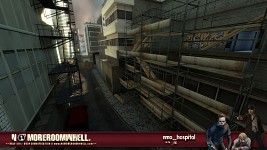 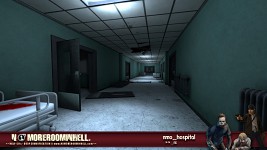 SickJoe has taken time off from fighting rabid trees in the wilderness to draw the new concept art for the Marine. 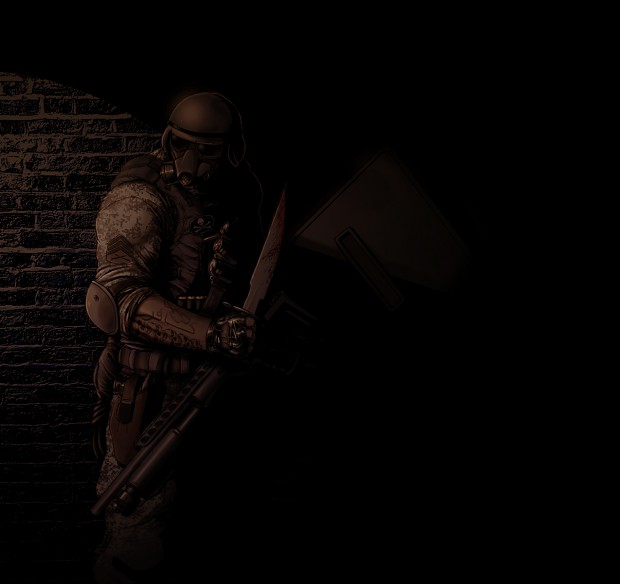 SickJoe and I made this art into a wallpaper to spread some desktop love. There are two versions one with text the other without, more resolutions coming soon to a front page near you!

Sn1pe has been working hard on these animations the past few months. Some still need a little tweaking but even for WIP animations they look great!

Pretty nice but the hands are very clean for a survivor. (I think anyway)

Oh yea "dirty hands" are a good idea. With a little oil on it or a band-aid?

For the love of God, not a band-aid. Those things gross me out.

Would a sponge-bob band-aid gross you out? What about a power rangers?

Or how about some of that new spray on plaster stuff that you can't see! Wait...

People with flesh hanging off of them, bloody and gory.. and various other pieces hanging off and/or ripped off is ok.. but a band-aid OMG NO!!

Anyone els found that funny? :P

If you work on Valve time, it should be Valve quality, right?

They started from scratch just over half a year ago.

Weird, I remember a huge celebration over how they found their lost code, that Tatsur0 had for some really dumb reasons not worth going into, I guess it didn't matter in the end.

Nope, there was no lost code. I provided art assets that where linked to me during an earlier leak. I perused em, realized what they were and why said friend was getting a laugh out of it. I asked them not to spread the files further as we all know leaks can destroy a project. Then when I heard they were starting over, I loaded up my old HDD and just did a search to see if I still had em. Luckily I did and passed em on. So no lost code and hardly a dumb reason.

It's been a little over a year now. At least that's how long I've been working for the mod. It was a slow restart at first but it's really taken off since then, hell we are having our first official playtest this Sunday. The team pretty much started from scratch using a few old assets here and there if they were high enough quality.

Like how the screen shakes when cocking the shotgun. It's smooth and doesn't really feel rushed, imo.

Am I the only one that noticed that, while firing the shotgun down the sights, no shells are ejected?

Other than that, great progress. Been keeping an eye on this mod.

The ejection port can't be see directly no, but the shells should still be able to be seen since it's still in front of you.

Yeah really nice shotgun animations. I just found that the sound was a little pew pew to be honest.

Other than that everything looks great!

We already know of this, it was a mistake on our part but all the animations are WIP anyway.

gahh you NEED to fix that shotgun sound. Shotguns need to sound powerful and threatening!

so good, just get the gun sounds in sync and the m16 looks weird the way it's held

Mark my words: This mod will NEVER be released.

Didn't you say the same thing when I fired you from ZPS after having done no work (before your stint on NMRiH)?

@3pidemiC - They're not acting with hubris so there's no need to be cruel.

Oh boy you so funny.

Coming along well guys, great progress... thanks for the massive update...

Te hands on the M16A4 seem to be very small ict the other hands for the weapons. And the remigton seems to miss the ejecting of the shell if you aim over the Iron sights :P
Nice update!

So nice, please release it now!!

The view-sway is nice, esp the consistency such as using it with the pump of the shotgun.

The m16 needs a fair bit of work on the anims and positioning - could come into the centre horizontally and a bit closer to the player and down a bit - but that's just my preference.

I like the shotgun and mp5 anims, but the ruger's animations seemed a little robotic.

Another fine update. :) Things are looking very smooth so far.

At least your still going.

I remember looking at this mod years back =/

You must be one of those people that doesn't pay attention to a word we say, especially when we repeat 10,000,000,000 times in a row that we restarted the mod from scratch in 2009.

One problem, how would you tell from iron sight if your aiming it in the dark? The gun is dark, and the area is dark, the only light is when the muzzle lights up from the shots.

You might wanna change the hands to arms, I noticed when you do melee attacks the hand comes off the screen...

See, one example is how oblivion works with first person arm animations, if you used a cheat to view yourself in first person, you see arms hidden in the back of the character's camera.

We know that, and we know the arms are short. CrazyMatt had done them short, and retired from modding before he could extend them. We're taking care of this.

Besides the melee problems ( someone els already pointed out I noticed so I wont say more there ) I have noticed something that seems odd.

Was it intended for the shotgun to fire faster when using ironsites?

Also the scoped zoom for the M16A4 seems a little off, that might be just me though.

Oddly enough the screenshot of a inner part of the hospital reminds me of Land of the Dead Road to Fiddler's Green. Honestly have no clue why.. just does. Its not a bad thing just something that I wanted to point out for some odd reason.

Looks great other than the bad parts I pointed out. Keep up the good work guys.

Oh and you might want to consider using something other than photobucket unless you do plan on shelling cash out to them :P ( A lot of images where not shown for me due to your photobucket account maxing on traffic. )

We were paying for Photobucket but I was so caught up with work I forgot to renew. We are going to be migrating all of our media to our FTP from now on.

The shotgun doesn't actually fire in ironsights, that's just an illusion because Dman (who recorded the video) was just simply shooting faster when he was in ironsights.