An article exploring the ancient town of Märos, a new map set in the Cape of Umbar.

Today, we're exploring the ancient streets of Märos, a small, ancient town situated within the Cape of Umbar, due west of the City of the Corsairs. Märos is a 1v1 map based directly on the Corinth map from the old Peloponnesian Wars mod, originally created by the inspired mapper Glaeken.

Märos' origin predates the coming of the Númenóreans, its most ancient ruins being the remains of structures once erected by a forgotten culture of Southrons. When Númenórean explorers first sailed past the long, strange coasts of Haradwaith, they found a certain charm in the overgrown ruins of the town they would come to call Märos. When the great city of Umbar was founded, the scarcely settled Märos began to flourish also, seeing a wave of reconstruction and expansion, bustling with life once more. 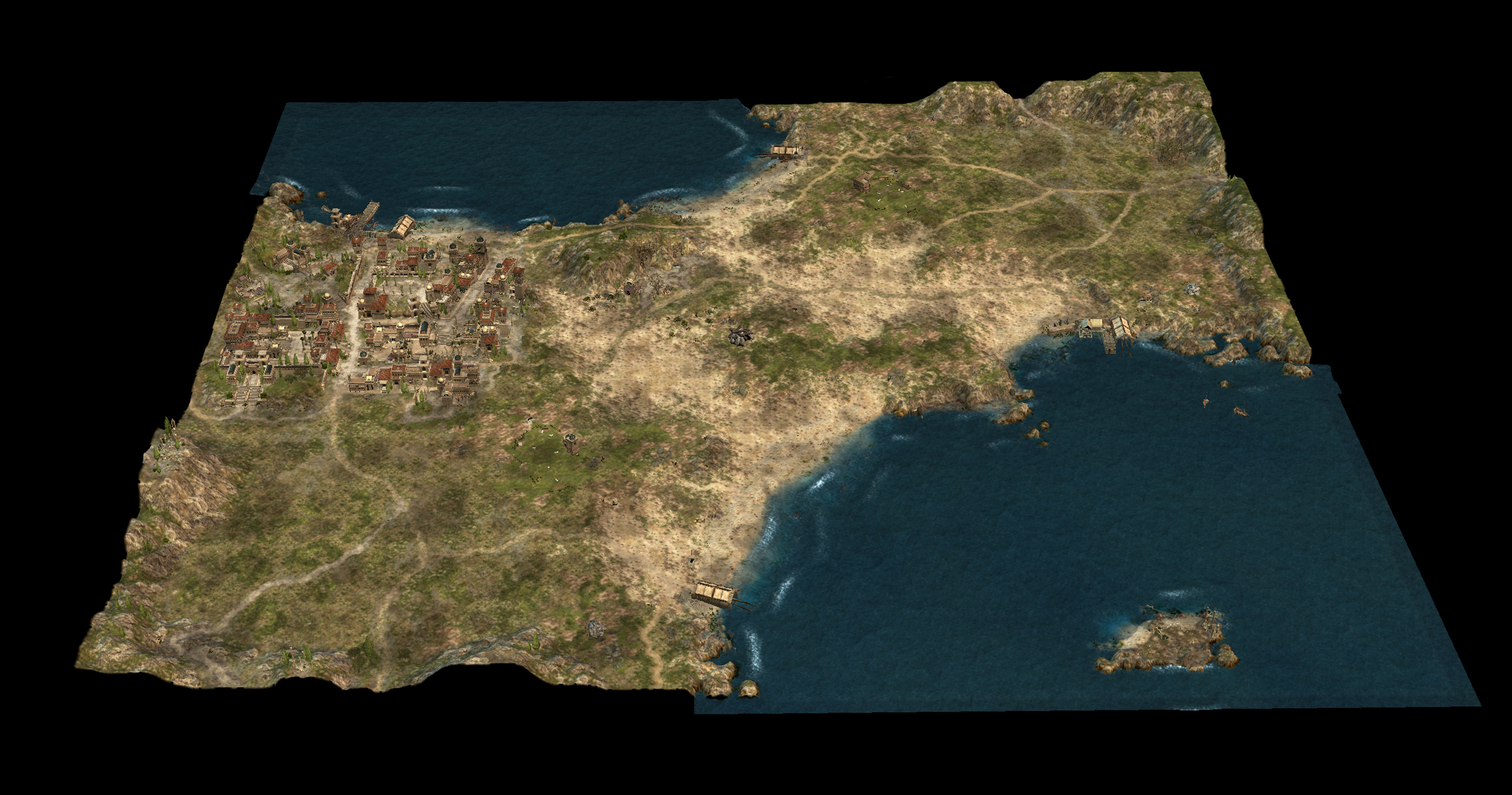 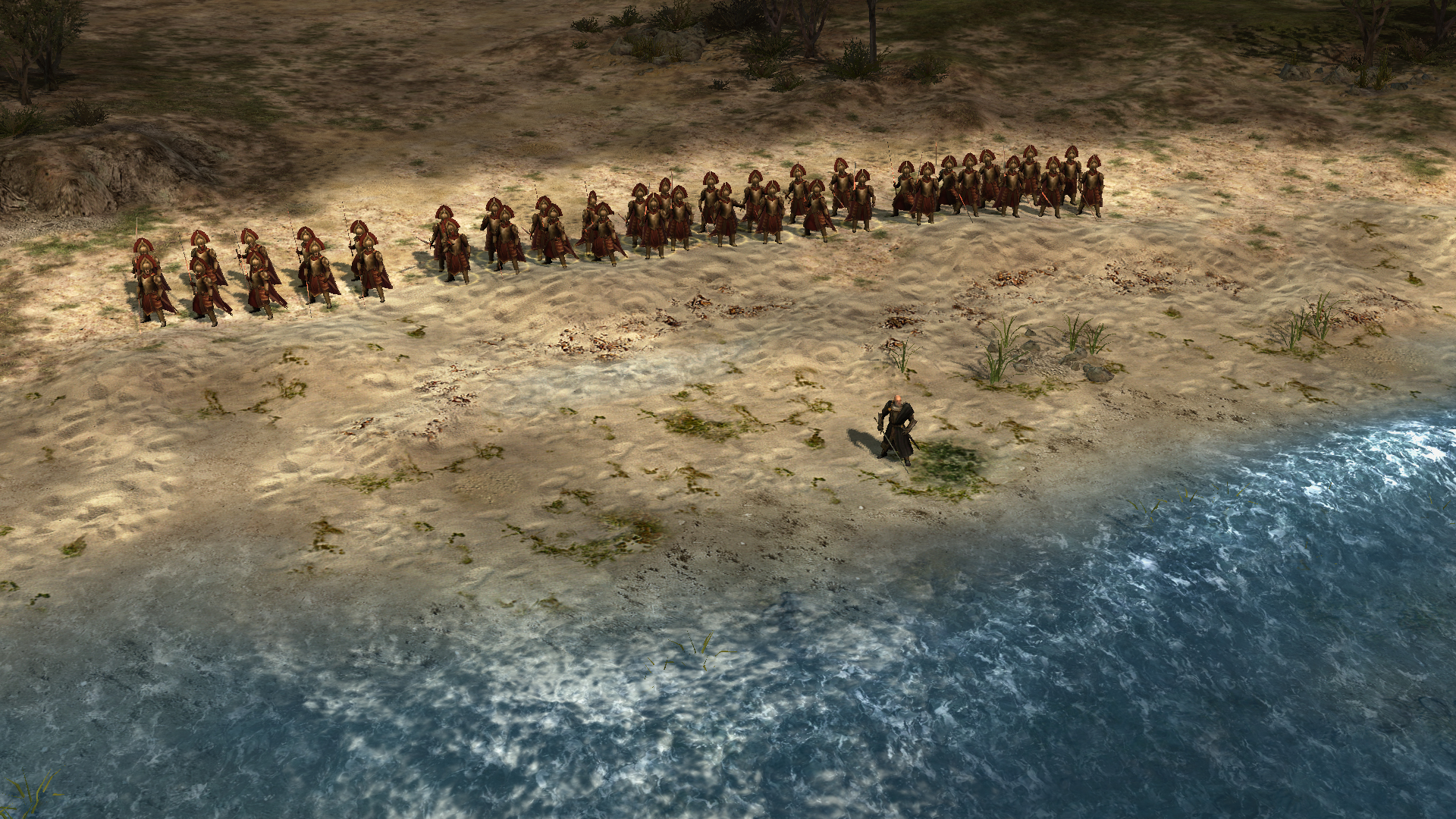 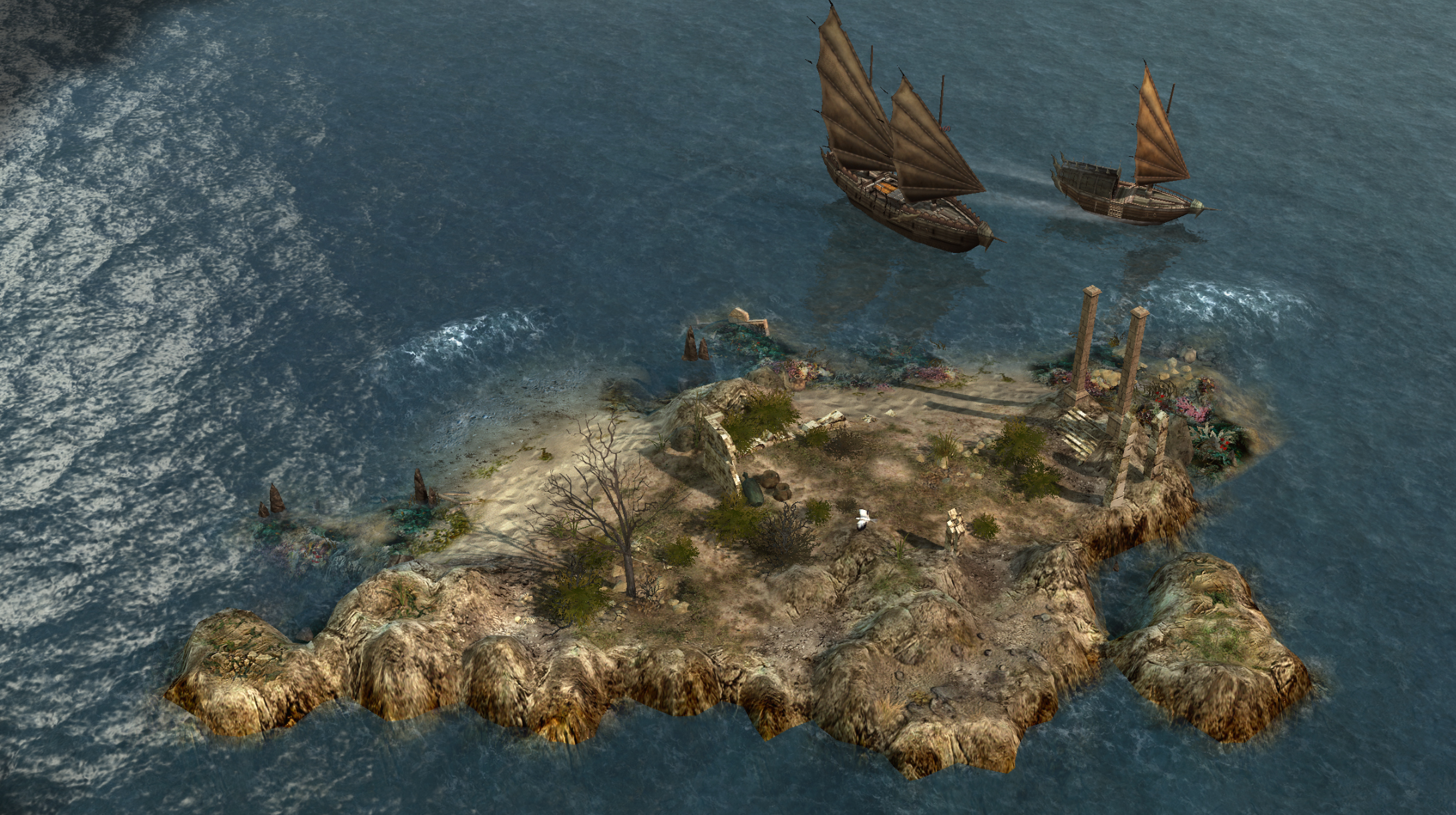 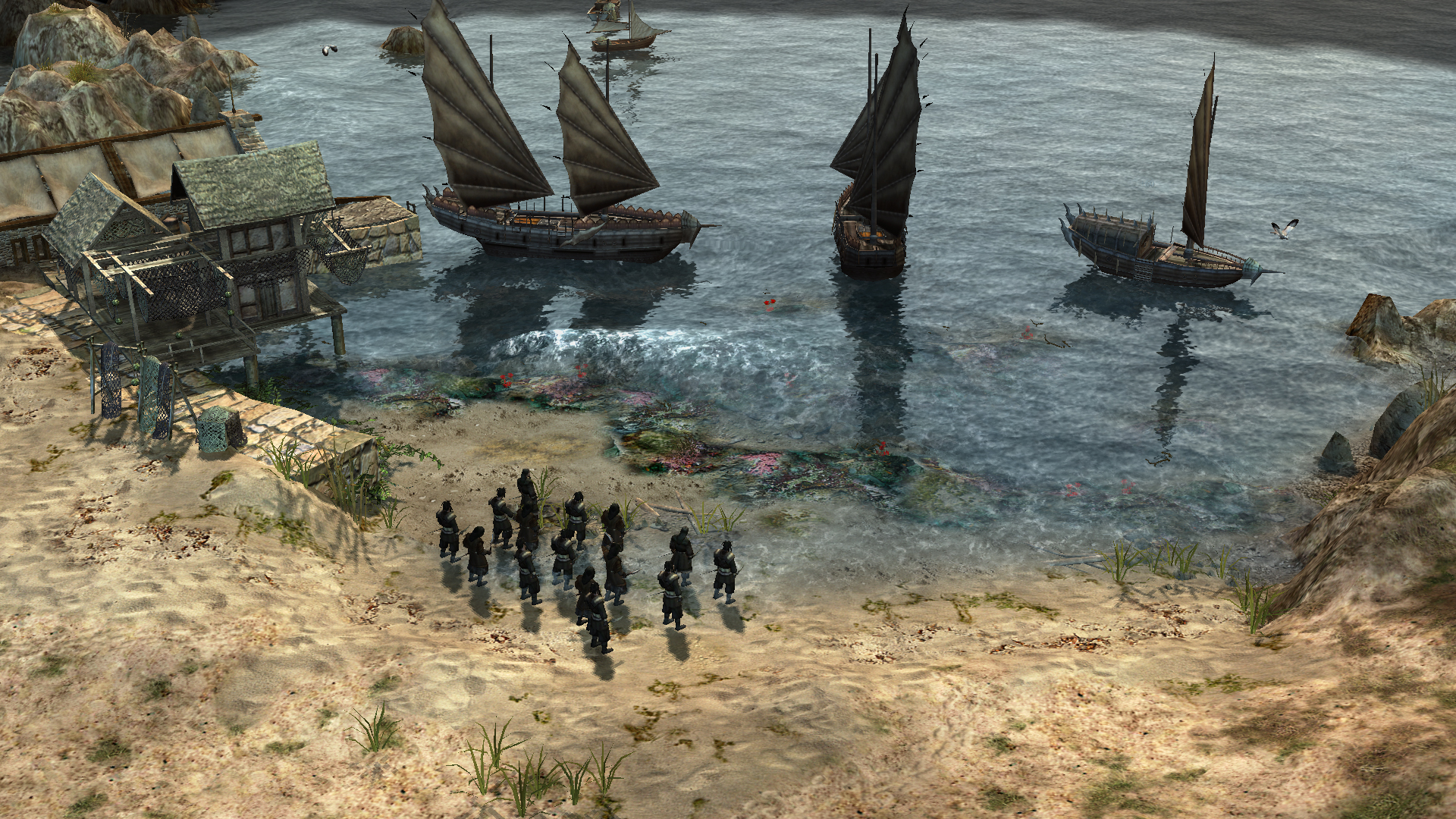 Märos features several unique capturable points, such as a farm and a quarry, as well as shipyards. 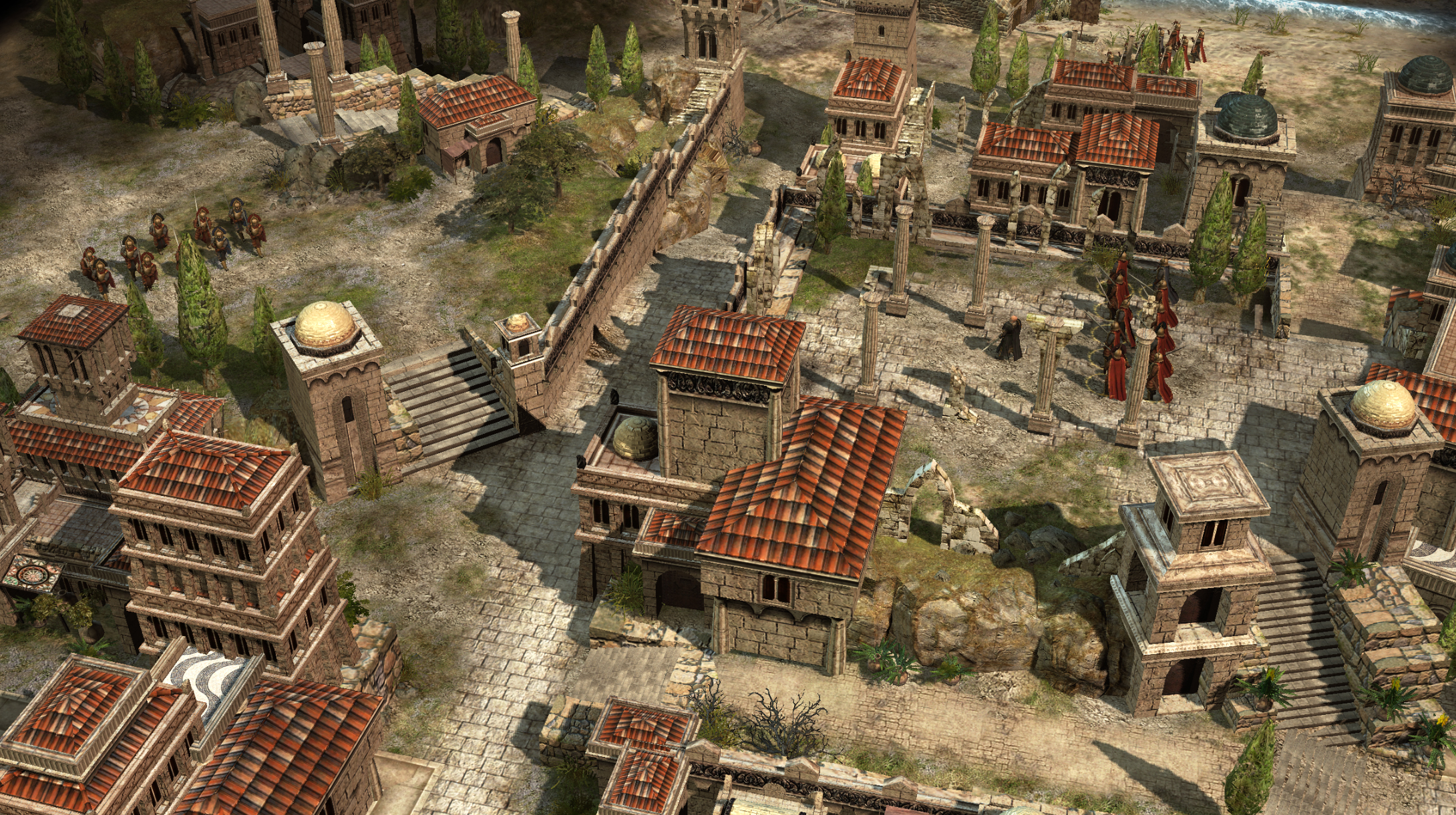 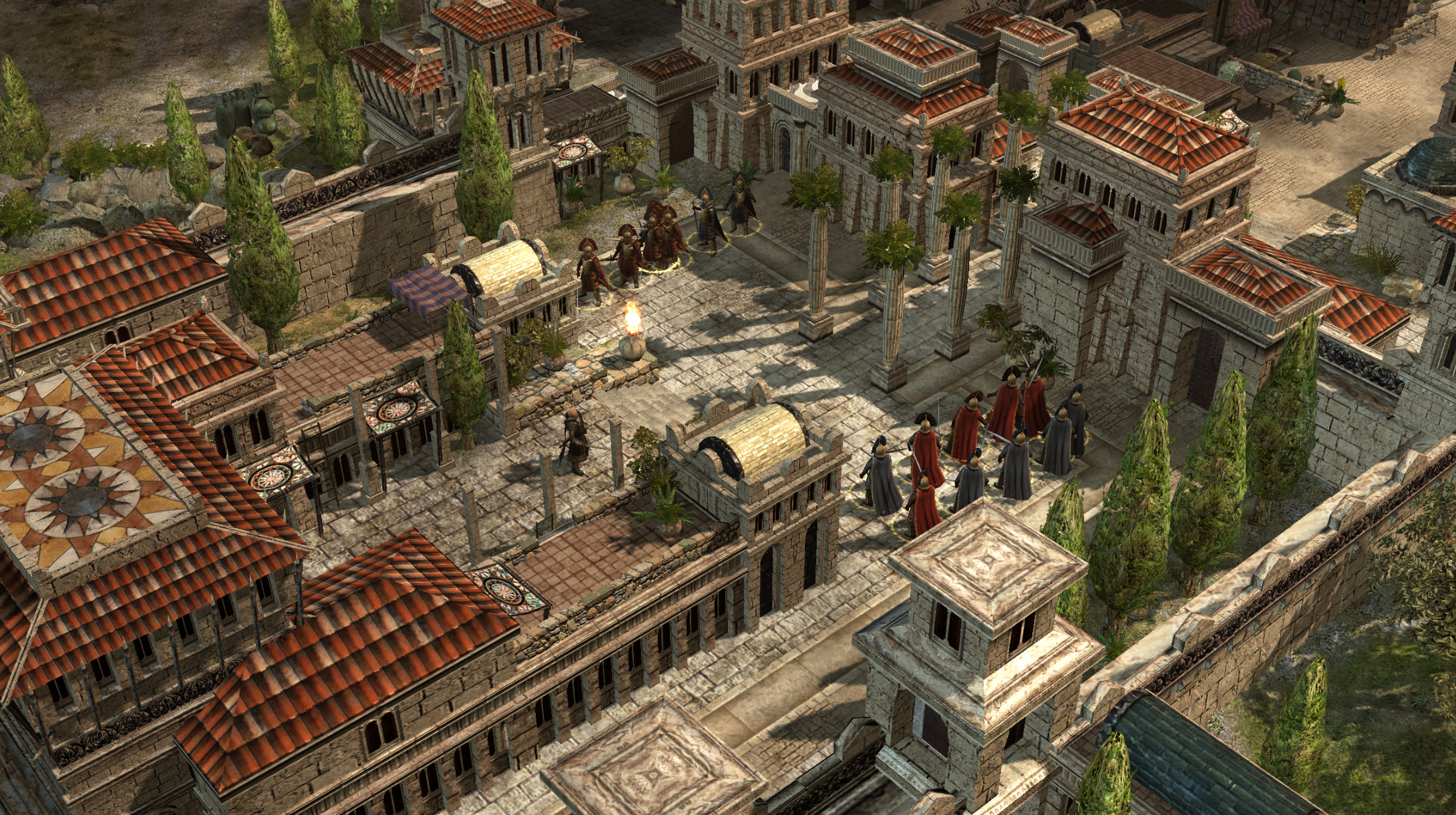 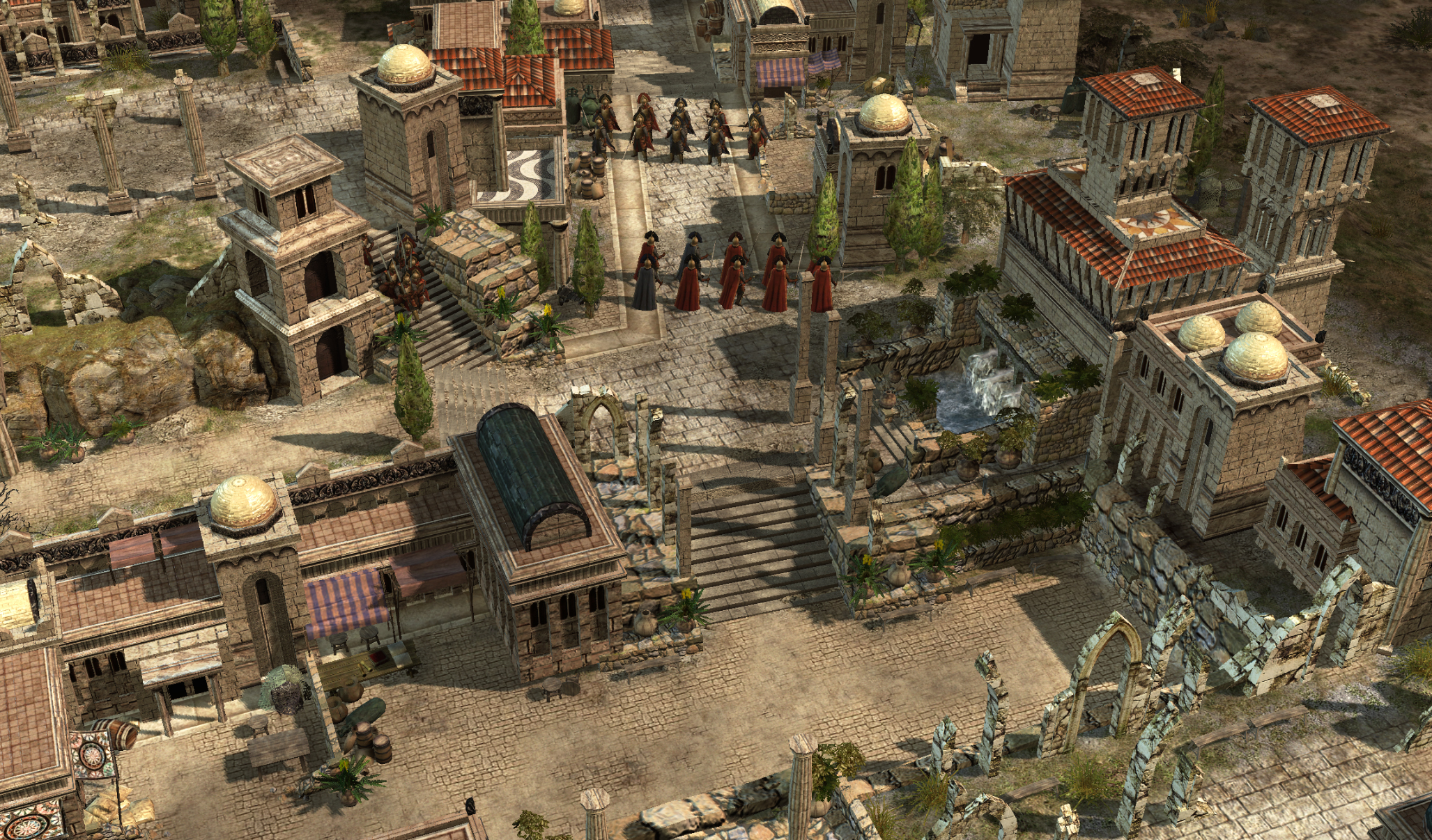 The town itself is a pleasant mixture of ancient ruins and terracotta-roofed Umbarian architecture, interspersed with water and greenery.

Märos will be playable in the next release, as a little taste of the Haradwaith goodness to come!

Once it's released, we're not going to spoil the campaign!

Beautiful. Any meaning behind the world Maeros?

not really! It was just a name picked from a non-canon map of Umbar - one that sounded good and had a similar geography/location.

Interesting, reminds me the "Peloponnesian wars" mod. In fact as middle earth represents Europe, this area may represent Greece??

That's because this map was originally made for the Peloponnesian Wars mod.

That map looks a lot like northeastern Spain, southwestern France and the Pyrenees area.