The latest news on New Ordnance and it's implementation into MISERY 2.0, as well as development progress on Version 1.0 of the New Ordnance standalone mod.

Is now out and fully implemented in MISERY 2.0!

However don't be confused, this does not mean the standalone version is complete. New Ordnance has been developed for MISERY 2.0 since I first began with this mod. So the majority of my time has been spent modding with the Misery Development Team. MISERY 2.0 includes a conceptualized version of New Ordnance made specifically for the Misery mod. What you see in Misery will be different than what you will see in the standalone release of this mod. So if you liked the original Misery mod, be sure to check out MISERY 2.0! 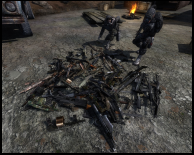 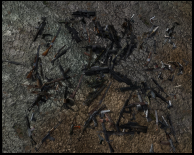 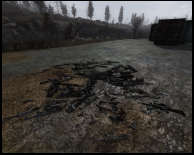 Now, concerning the standalone version of this mod, there still is no release date. I'm not really close enough to completion with this mod to give an estimate either. Since New Ordnance was specifically made for MISERY 2.0 in the beginning, I cannot simply take it out of MISERY 2.0 and release it as you see it in that mod. I just don't want to do that. Some good news however is that I have got most of the assets done. That being all of the graphical counterparts of the mod. However, I'm not 100% sure on all the features yet so I don't want to go into specifics, but there will likely be some new ones since I first announced the mod. I've had a long time to think about how to bring this mod to life. And with that said,

Hey, tricky question, this mod is compatible with other mods? If yes, please, can you list them?

I will try to make it compatible with some of the bigger mods. But it's really too soon for specifics.

Any guess to when this'll come out? If not that's fine but i'm salivating over how many badass looking guns there will be.